More than 150 refugees from Afghanistan have been locked up in a detention centre in Indonesia.

Balikpapan, Indonesia – Fourteen-year-old Rahmatullah Zahidi made a run for the 10-metre high wall along with four others.

But when the man who jumped over the wall before him broke his leg, Zahidi was forced to rethink his move. That night his depression worsened.

Zahidi was not a criminal but has been a prisoner for two years without a sentence or a release date. The boy from Afghanistan’s Ghazni province is one of 151 refugees, mostly ethnic Hazara, who fled persecution in their country.

They have been locked up in a detention centre in Balikpapan on the Indonesian island of Borneo.

Indonesia has not signed the UN Refugee Convention and considers them illegal immigrants. Despite a 2016 presidential decree to provide them temporary housing, more than a 1,000 are still behind bars across Indonesia.

Every day for the past 80 days, these refugees in Balikpapan – far away from the capital Jakarta – have been shouting the same slogans and holding the same signs: “We want freedom, immigration release us, we are humans, we are exhausted.”

But their tired voices are echoing against the huge walls lined with barbed wire. Their only audience is a handful of prison guards.

When Al Jazeera managed to get access to the prison, the refugees could barely control their emotions.

His eyes full of tears, Rasul Dad, the oldest in the prison at 60, said he would keep looking at the sky all day, imagining how it would feel like to be free.

Dad suffers from kidney problems. He said the pain was often unbearable.

“We are desperate,” Ehsanullah Sahil, another refugee, said.

“When we escaped persecution, beheadings and discrimination, we hoped to find asylum. We looked for safety, not to be locked up behind bars.” 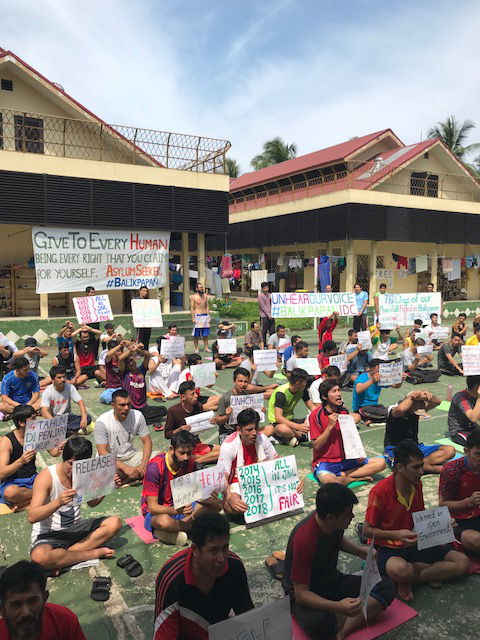 Nearly 14,000 refugees from Afghanistan, Somalia, Iraq and other countries have been stuck in Indonesia for up to a decade.

They were hoping to be resettled in Australia, the US or somewhere in Europe. But since a lot of countries have all but closed their borders to refugees, lives are in a limbo in Indonesia: Locked up, not allowed to work or provide their children with education.

The refugees have been under increasing pressure to return to their countries. So far, 46 refugees who could not bear to be locked up any longer, have returned to Afghanistan.

The International Organization for Migration (IOM) gave them $2,000, an amount provided by the Australian government.

“When the IOM came here, they offered money to those who could not stand their detention any longer,” Sahil added.

“None of us can take this any longer, of course. But we can’t go back either. We have escaped. They can’t send us back to the warzone.” 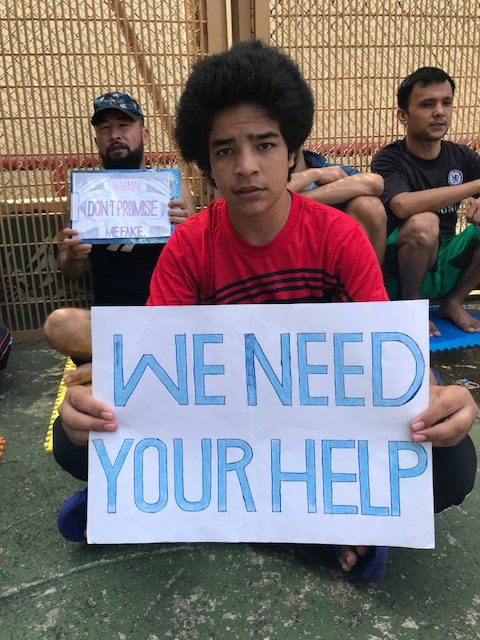 Several refugees have tried committing suicide, according to the director of the detention centre Irham Anwar.

“We realise they should not be detained. We have asked the local government to provide housing but it seems they are worried a religious conflict could happen,” Anwar said.

When conservative Muslim groups in majority-Sunni Balikpapan found out the refugees were Shia Muslims, they rejected their presence.

A special taskforce at the security ministry in Jakarta dealing with refugees has been urging local governments to provide housing as soon as possible.

But so far only several regions have come through.

“It’s clear that we can’t accept refugees. Our country has too many problems to deal with,” said Carlo Tewu, head of the task force.

“We’ll provide them with temporary housing but urge the UNHCR to resettle all of them as soon as possible.”

More than 1,500km away, the refugees continue to scream and cry for help.

“We are humans, please help us,” said the sign Zahidi was carrying.

But it’s a cry falling on deaf ears so far. 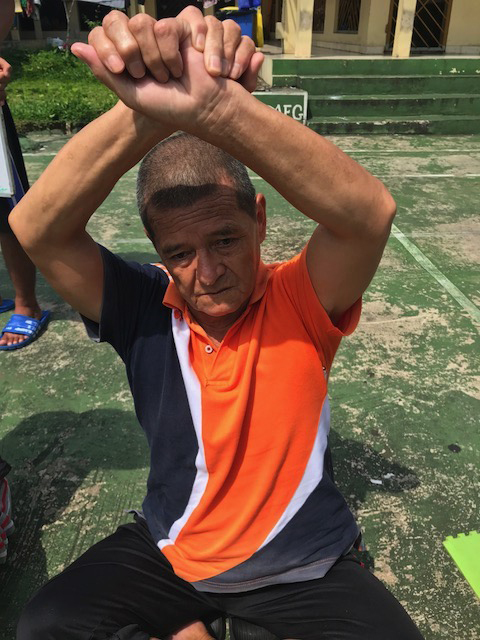