The email was sent using the state’s email alert system and began by addressing the recipient by name before adding, “Tonight, as you may be aware, I am stepping down as Governor of New York at 11:59pm.” 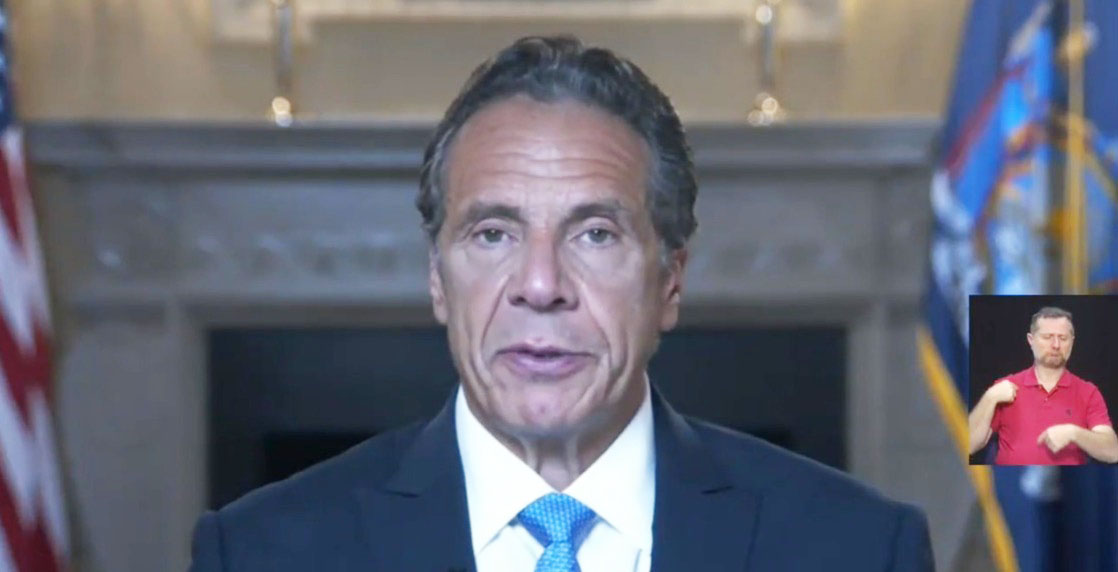 “Lieutenant Governor Kathy Hochul will become governor, and we all wish her success. So I want to send my final note to you as governor,” the email continued.

“New York's future is based on what we have accomplished together, and during my tenure we've shown that New York has a spirit that reaches for the skies,” Governor Cuomo added before listing off several things that happened during his time in office, including making “New York the progressive capital of the nation.”

He listed “passing Marriage Equality and the $15 minimum wage,” as well as “enacting Paid Family Leave and the NY SAFE Act,” as being a part of those actions.

“Together we did what no one thought could be done,” the email read.

“We didn't get everything done that we wanted to, and we didn't always get it quite right," the governor — who is resigning after a sexual harassment scandal and subsequent investigation and report by New York Attorney General Letitia James — wrote.

"But I want you to know, from the bottom of my heart, that every day I worked my hardest, I gave it my all, to deliver for you."

“And never forget: Always stay New York tough, smart, united, disciplined and loving. It's the essence of what makes New Yorkers so special,” it concluded.

Spectrum News 1 reporter noted on Twitter that, “Throughout the pandemic, the emails served as a summary of his COVID briefings. Tonight, it’s a shortened version of his farewell address (minus calls he is innocent).”

The email came hours after the outgoing New York governor choked back tears in his farewell address on Monday and lashed out at the claims of sexual harassment made against him. 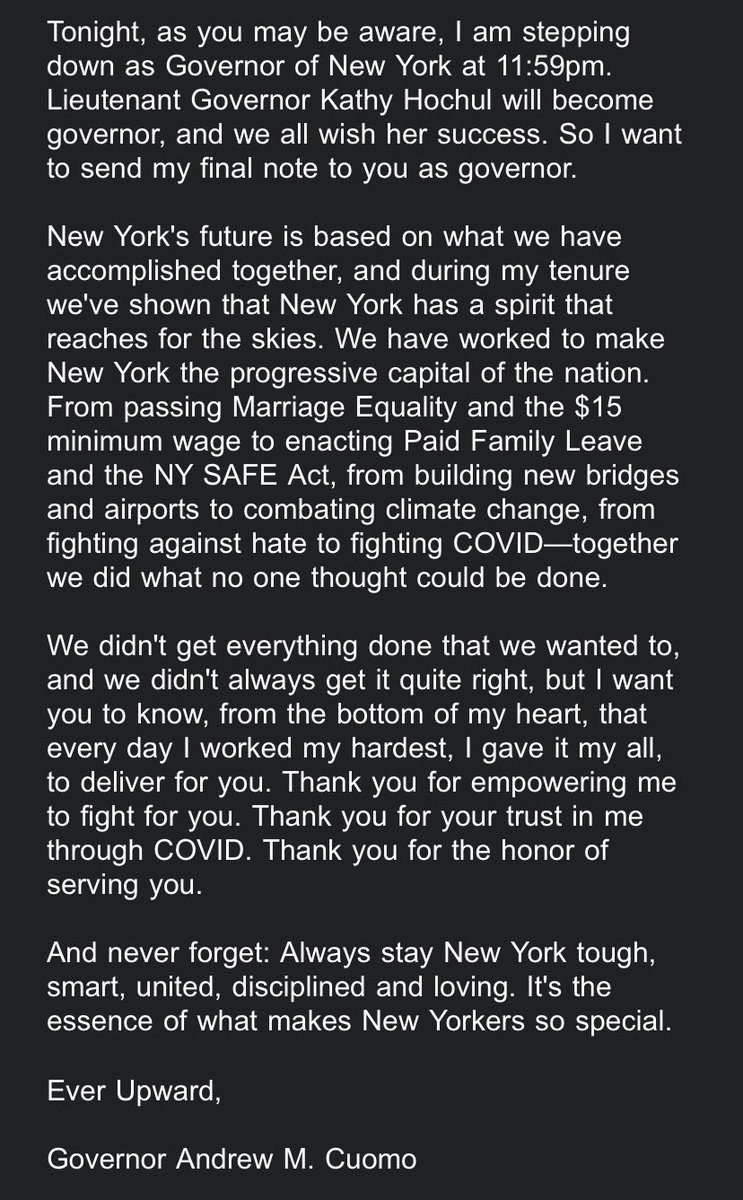 The address included some similar lines that the email had as well, including thanking New Yorkers for “making New York state the progressive capital of the nation."

One of the final stories about Governor Cuomo before his resignation Monday night was not nearly as positive as his final address and email to constituents: Cuomo reportedly asked staffers at the Executive Mansion if anyone was interested in keeping his dog, according to reports.

The reports led to outrage by animal lovers and critics of Cuomo alike on social media.