Disturbing moment teenager is dragged out of nightclub after injection

‘Her eyes were rolling around in her head’: Disturbing moment teenager ‘stabbed with a date rape needle before waking up in a bathroom unable to speak or see’ is carried limply from a nightclub

Security cameras have captured the disturbing moment a teenager was carried semi-conscious from a nightclub after she claimed she was injected with a date-rape drug.

Shayna Karniewicz was celebrating her 18th birthday at Universal Bar in Northbridge, Perth, on Friday just after 11.20pm when she said she felt a sharp prick on her arm.

Her sister said that Ms Karniewicz woke up paralysed on the bathroom floor moments later surrounded by friends, unable to speak or move and with a puncture mark.

Footage shows the teenager being rushed out of the nightclub while holding onto a security guard for support before an ambulance arrives.

Ms Karniewicz is convinced a stranger stabbed her arm with a needle filled with a drug such as Rohypnol or GHB just seconds after she arrived at the nightclub. 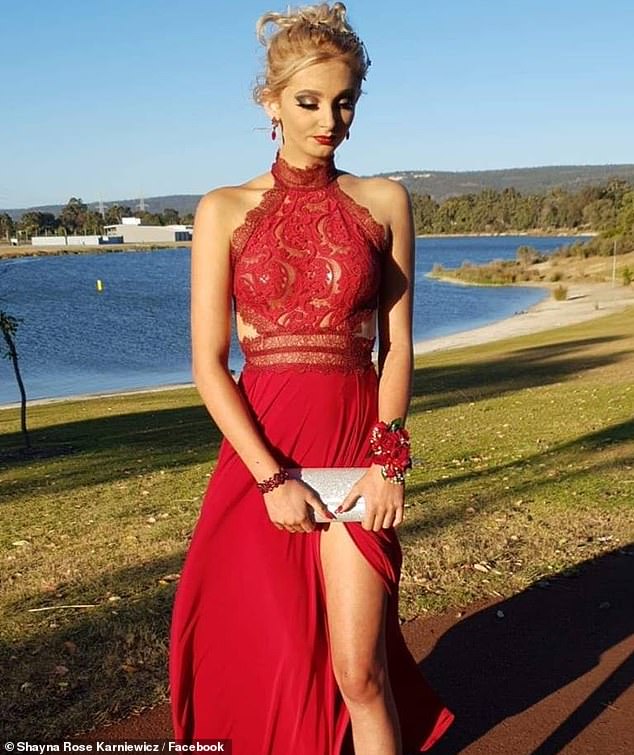 Shayna Karniewicz (pictured) was celebrating her birthday at the Universal Bar in Northbridge, Perth, on Friday when the alleged incident occurred 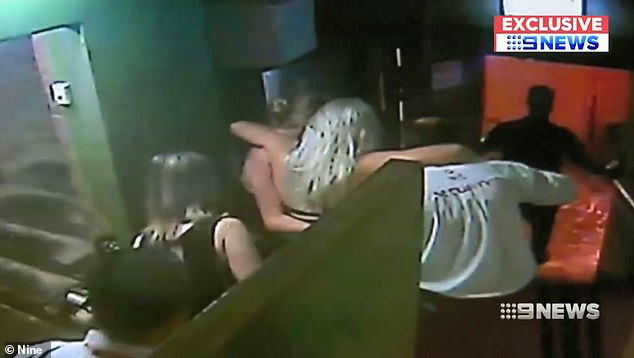 Her sister Miki, who was the one that found her slumped on the floor after passing out, described the aftermath of the incident in a detailed Facebook post.

‘Shay started to feel numb and her eyes started shaking. The staff and manager came in and called the ambulance,’ she wrote.

‘We stood her up with her arm around me and as she went to take a step she passed out cold hitting her head on the tiles, not regaining consciousness for 30 seconds.

‘We carried her out the back and sat her down where we waited for an ambulance. She had to be held up by two people. One holding her head, one holding her body straight.’

‘There were punctures in her arm that started to bleed,’ Ms Hoddy said.

‘I was absolutely terrified, I couldn’t think how Shayna was feeling, but we had to crack as many jokes as we could to keep her awake because her eyes kept shutting on us.’ 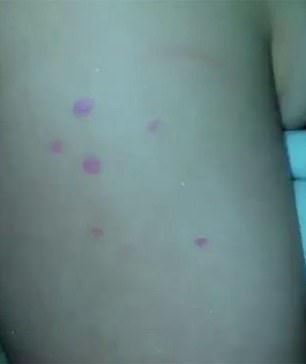 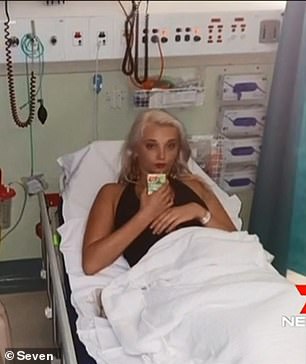 Friends found Ms Karniewicz collapsed on the bathroom floor and was taken to hospital for tests which found no alcohol or drugs in her system (pictured right in hospital bed, and puncture marks on her arm left) 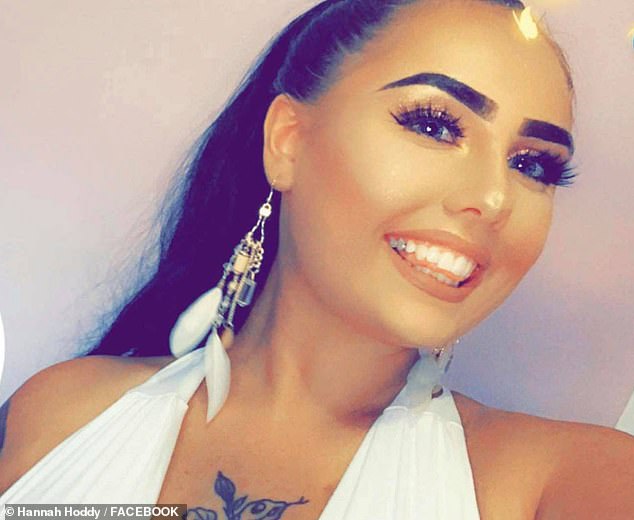 Ms Karniewicz spent eight hours at Royal Perth Hospital recovering and undergoing tests as doctors tried to find out what had made her apparently suffer temporary paralysis.

According to 9 News, initial toxicology reports have come back negative with no traces of alcohol or drugs found in her system.

CCTV footage from inside the nightclub tracks Ms Karniewicz’s movements for 90 seconds before she made her way into the toilets.

Bizarrely, no one can be seen making obvious contact with the teenager as she made her way through the crowded dancefloor with her friends in tow.

Ms Karniewicz, who suffers from epilepsy, is standing by her story.

Universal Bar owners are continuing to investigate the incident and police have downplayed suggestions of a ‘serial attacker’ in the area after two other people were taken to hospital complaining about similar incidents. 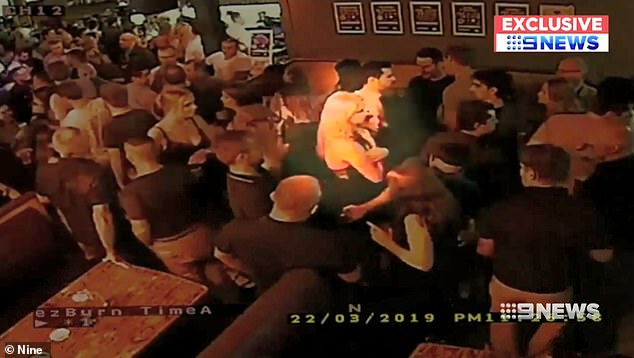 CCTV footage from inside the nightclub tracked Ms Karniewicz’s  movements (centre) before she made her way to the toilets. Bizarrely, no one can be seen making obvious contact with her 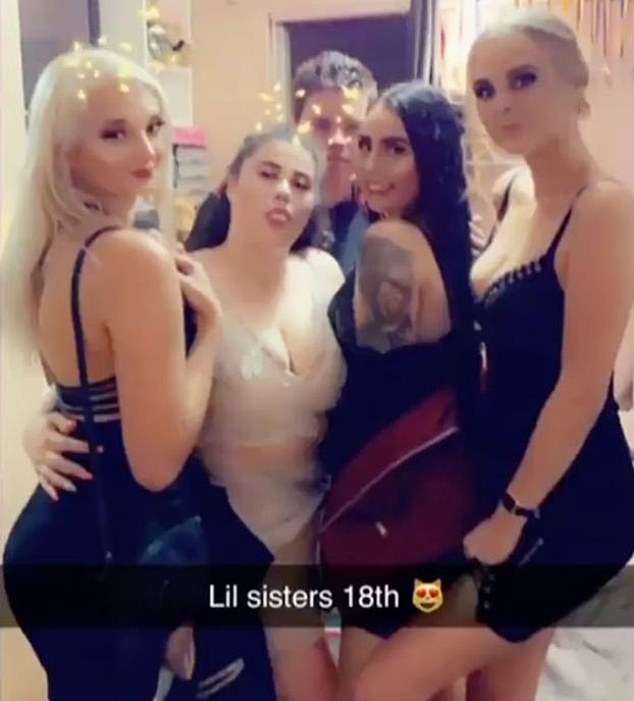 Calm before the storm: Shayna (left) was celebrating her 18th birthday with her sister (right) and friends (centre) 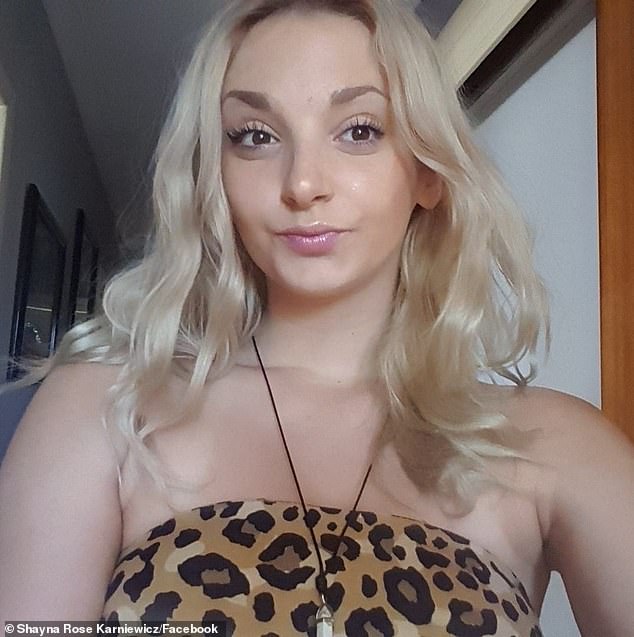 Ms Karniewicz, who suffers from epilepsy, is standing by her story and maintains she was the victim of a terrifying late-night night club attack