A dog which was left for dead on a motorway following a hit-and-run has been rehomed with the highways officer who rescued him.

Thor, a two-year-old Akita/Husky cross was sent flying across the carriageway by a car at the Trowell Services on the M1 on December 7 around 9.30am.

The pooch was spotted walking down the hard shoulder, when he wandered into oncoming traffic in the left-hand lane.

He suffered a broken elbow after being hit by the vehicle. 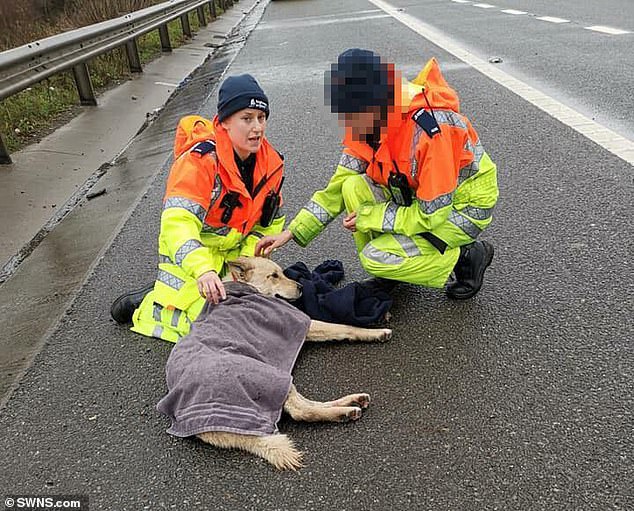 Thor, a two-year-old Akita/Husky being recued by Hannah Moffit, 29, who has now taken him in for herself 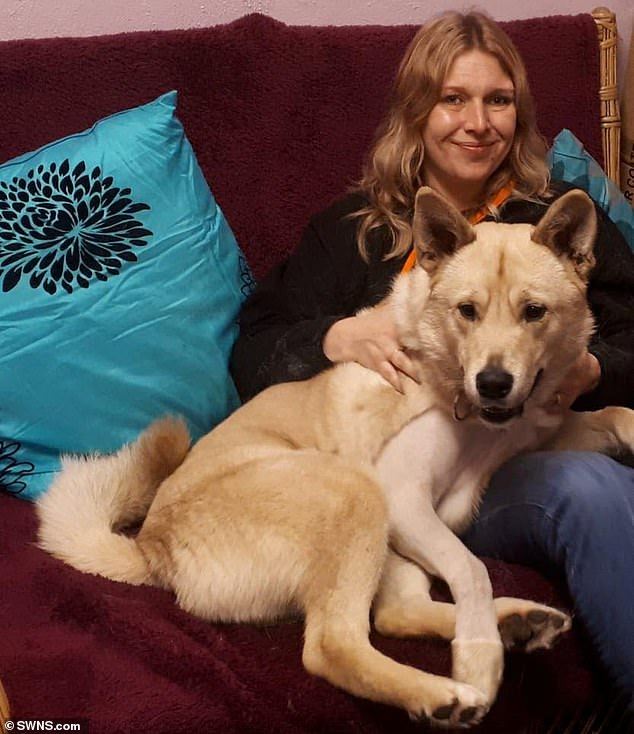 Patrolling highway officer Hannah Moffit, 29, who witnessed the incident unfold described hearing the husky scream and cradled him until a dog warden arrived

Patrolling highway officer Hannah Moffit, 29,  heard Thor scream and ran to his aid –  cradling him until a dog warden arrived.

She has fallen in love with Thor, who is currently recovering in a rescue centre and has applied to adopt him.

She said: “I was on patrol and I spotted the dog walking along the hard shoulder near Trowell Services on the southbound carriageway.

“Clearly there was an obvious danger to the animal and the passing traffic so I pulled the vehicle in front of him.

“Another vehicle then pulled in behind the dog us effectively forming a shield.

“Something then caught his eye and he wandered into lane one. He was then struck by a passing vehicle and flung into the hard shoulder.

“I ran straight towards him and I knew he needed help as he was still alive.

“We wrapped him in my colleagues fleece and a towel from my bag and I put him on my lap until the vet arrived.

“I was talking to him throughout and trying to reassure him.

“There was a very special bond that formed between us and I fell in love with him almost straight away.

“I’d also like to thank everyone involved in this because it was a real team effort.

“My control room colleague’s played a massive part by ensuring they kept an eye on us from CCTV and also I’d like to thank the dog warden and the gentleman that pulled into the hard shoulder to help us.

“It’s not always the case that scenarios like this end on a positive note, but thankfully, Thor is on the mend and recovering from the ordeal.

“I can’t wait to be reunited with him in the New Year.” 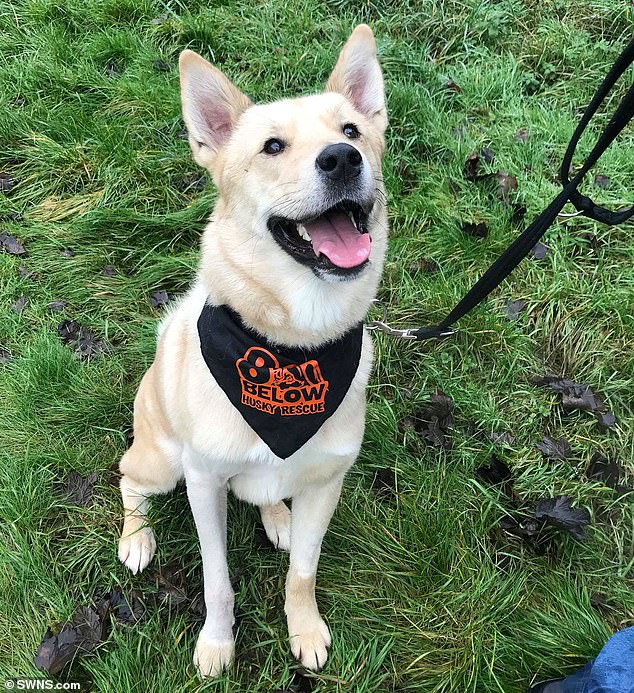 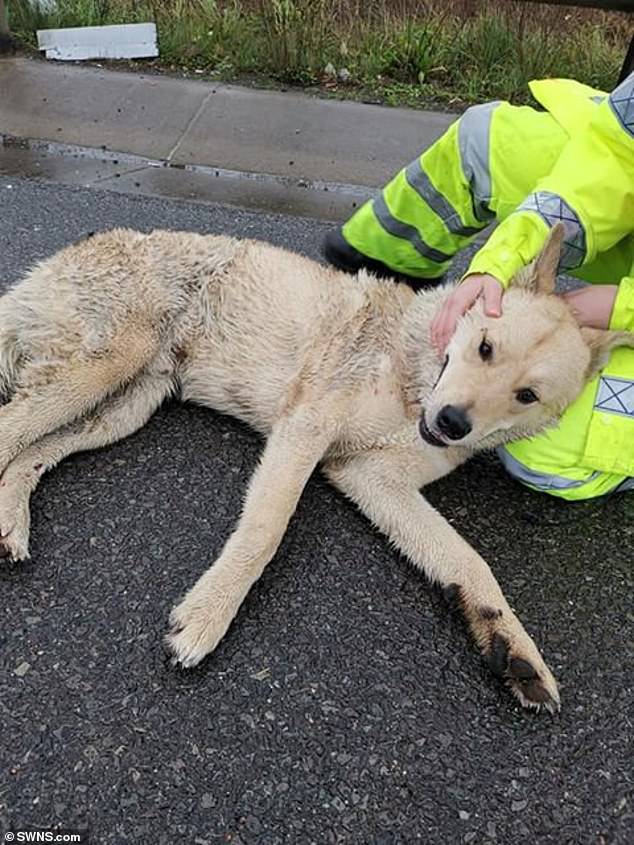 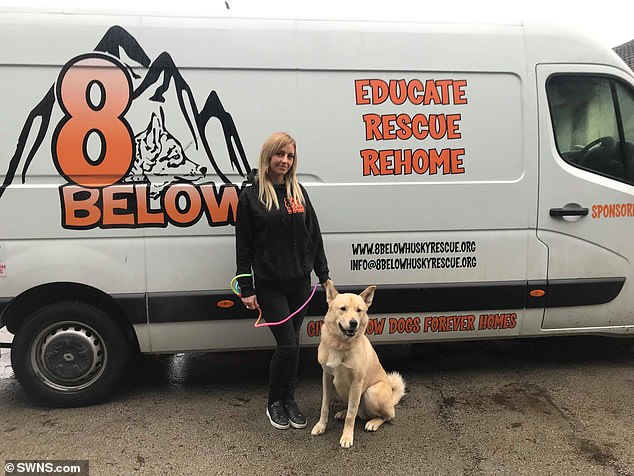 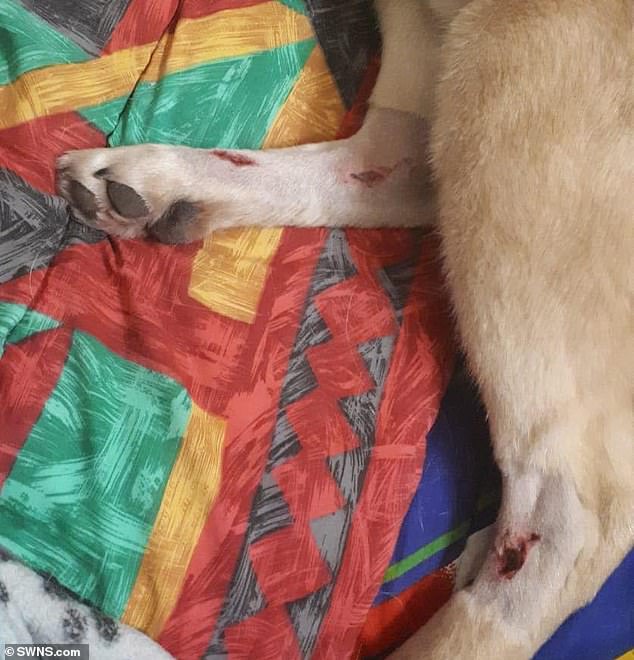 Thor suffered a broken elbow after being sent him flying across the carriageway by the vehicle. 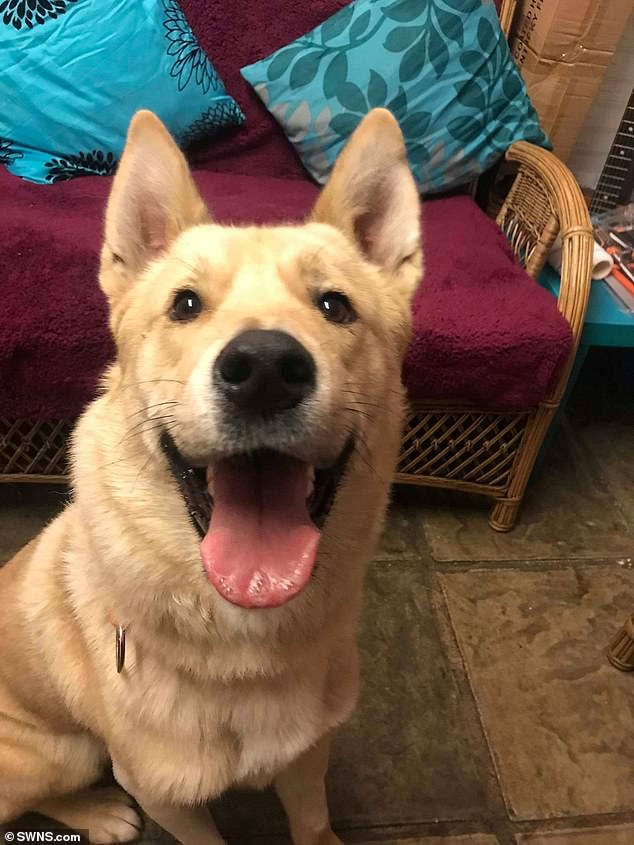 Yorkshire-based, 8 Below Husky Rescue, Manager Jade Brightmore, 29, said: “Saint Leonard Veterinary Centre in Derby did his surgery free of charge because they felt sorry for him.

“He had a collar on and was chipped as Thor but his owner turned up at the vets and said they didn’t want him back and to put him to sleep.

“One of the veterinary nurses rang me and asked if we could help. He came back with us and has been absolutely perfect, very demanding of kisses and tummy cuddles.

“I saw an application come through for rehoming and thought, ‘that’s weird, how does anyone know about him?’

“It was the traffic officer Hannah who had applied. I could have cried.

“He’s on total rest but it’s really difficult to keep him rested. He keeps trying to play and wants to jump up and walk around.

“When he first came to us he was a bit bewildered but shortly after he was just laying down on his back.

“He was taken to Saint Leonard Veterinary Centre for treatment and then had two surgeries at West Midlands referals for free.

“We were contacted on last Thursday and asked by the vets if we could take care of Thor.

“It’s because the former owner had told the vet to put him down or he would take him back and shoot him dead.

“We immediately accepted and he was signed over to us.

“We’ve got the facilities to look after him.

“At the moment he is still in recovery – he has an x-ray scan on January 21.

“Hannah has applied to adopt Thor but will have to be after he’s had all of his assessments done and when he’s fully fit and healthy.

“He’s on total rest but it’s really difficult to keep him rested. He keeps trying to play and wants to jump up and walk around.

“They pull him onto the hard shoulder – Hannah had a hold of him and cradled him until the a dog warden arrived.

“He’s really good now – we’ve got him on loads bedding.

“We can’t walk him just yet – but he’s just great fun.

“He loves everyone – but he needs to be rested until January 21.

“He needs rest, but he keeps trying to play.

“She is waiting for him to be assessed.”