When I went down to the woods today, I wasn’t expecting this surprise!’ Dog owner is left mortified as her pet Flossie uncovers a SEX TOY during their woodland walk

A dog owner was left red-faced when her pet found a bright pink sex toy in the woods and decided to carry it around with her.

Sara Middleton, of Ashington, Northumberland, took one of her five Basset Hounds on a walk in the forest yesterday.

But when Flossie emerged with a fluorescent sex aide in her mouth, her owner was keen to get home as soon as possible to avoid any embarrassment.

Unfortunately Flossie had other ideas and proceeded to carry it in her mouth for two miles, ‘proudly waving her tail in the air’.

Ms Middleton, who works as a firefighter for Tyne and Wear Fire and Rescue Service, posted a picture of her pup on Facebook with the caption: ‘WELL!!! When I went down to the woods today, I wasn’t expecting this surprise!!

‘Flossie was literally buzzing with her new find and proceeded to carry it for 2 miles, proud with her tail in the air.

‘Praying to God that no one would see us, you can guarantee we were seen.’

She added that despite muttering to Flossie to put it down, she continued to walk on, attracting hilarious responses from fellow dog walkers.

One person said: ‘Most owners give their dog a ball,’ as Ms Middleton plodded on mortified. 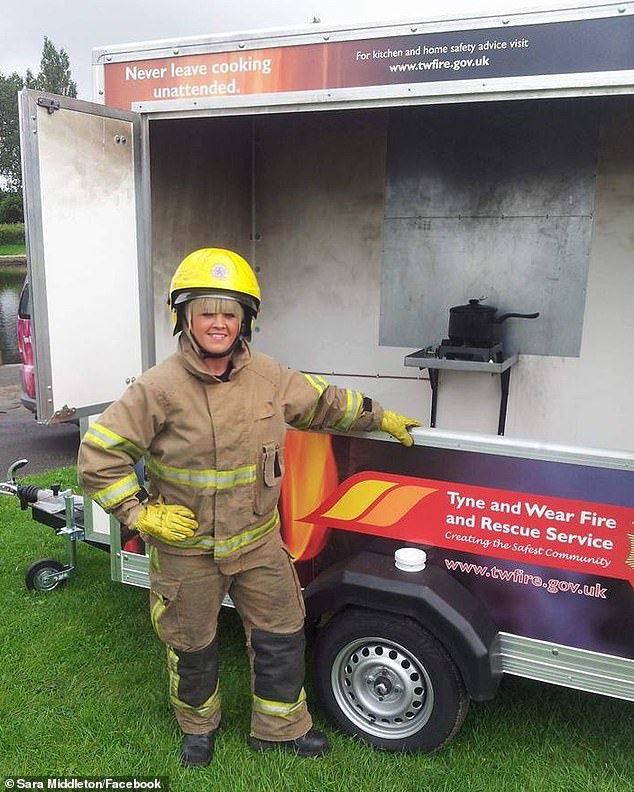 Ms Middleton, who works as a firefighter for Tyne and Wear Fire and Rescue Service, was left red-faced by the hilarious incident 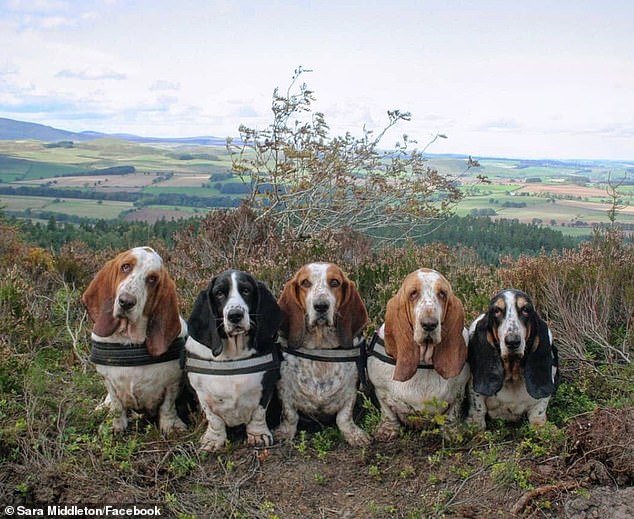 The firefighter is the proud owner of five Basset Hounds, three brown and white and two black and white