A DONALD Trump superfan has reportedly died after starving himself as he prayed for the US President to recover from coronavirus.

Bussa Krishna – who had a 6ft statue of Trump which he worshipped as a god – died of a suspected heart attack in Telangana, India, on Sunday. 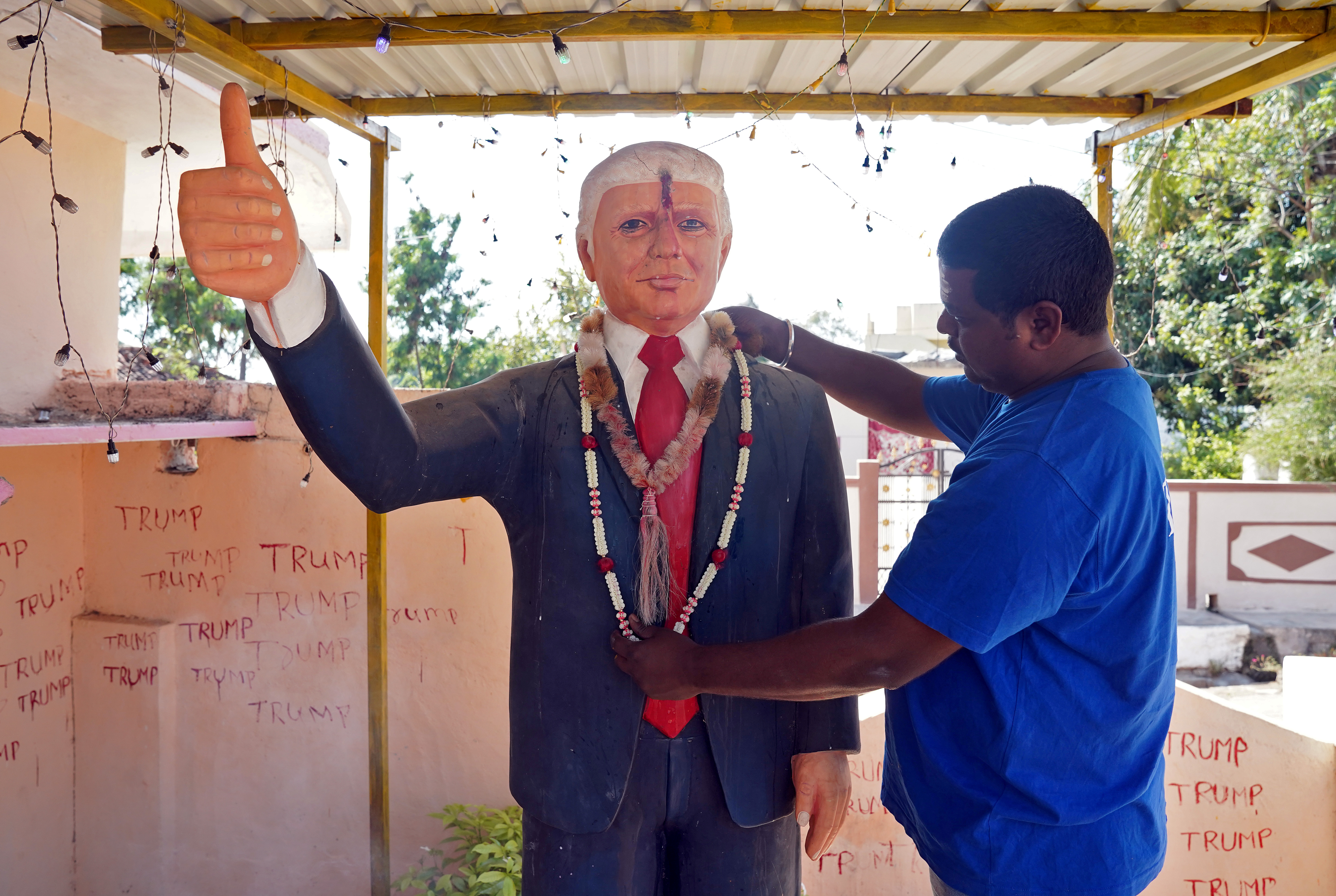 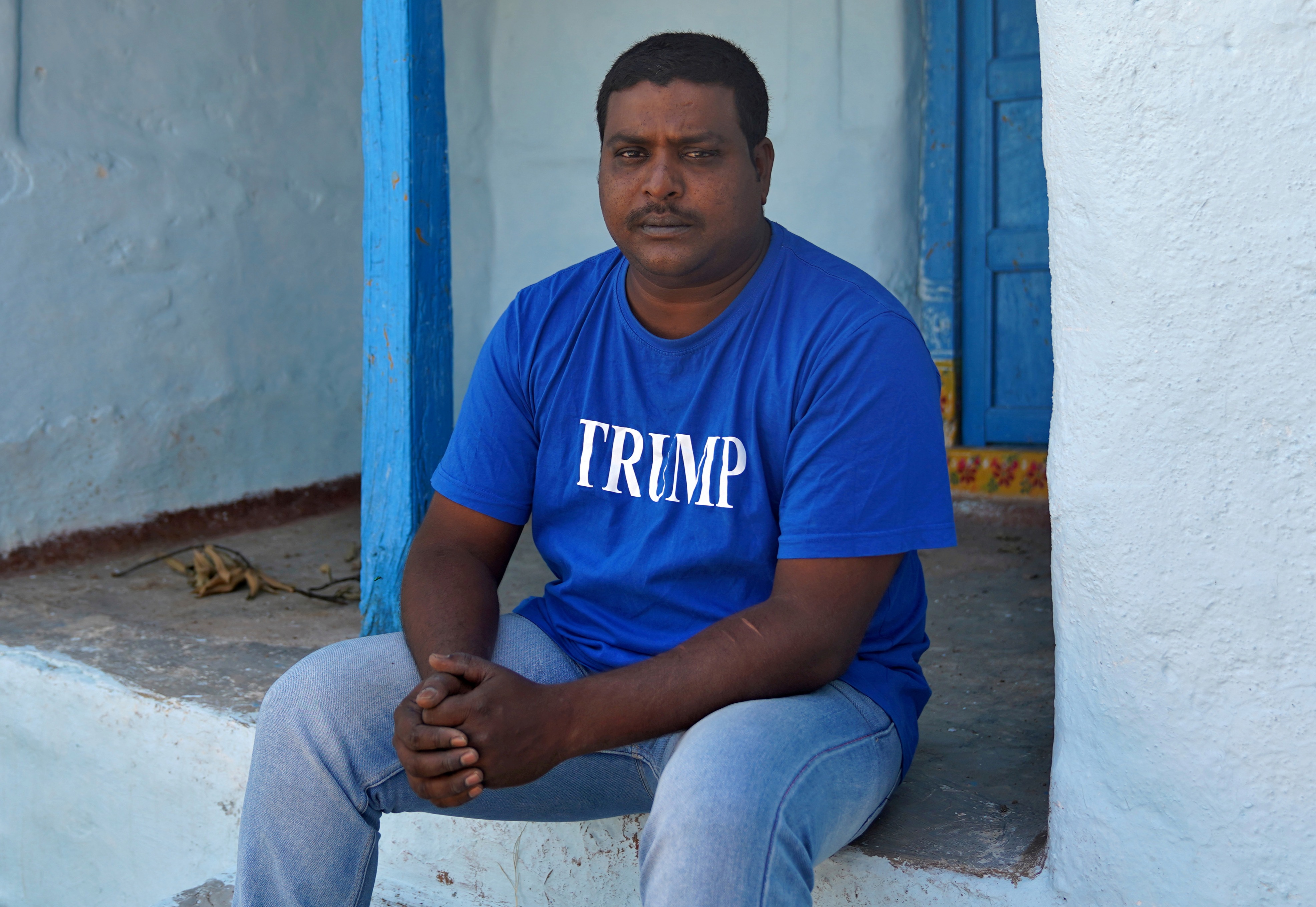 The 35-year-old farmer was filmed crying when he learned that Trump had been taken to ill and became depressed, reports Indian news agency ANI.

Krishna had reportedly been in good health before his death, and had become known as "Trump Krishna" in his village.

His family posted an update on his Facebook page which read that Krishna died "due to tension for Donald Trump" after he got coronavirus.

Pictures also showed his grieving family by his bedside.

"He spent sleepless nights, starved and prayed for the US president’s recovery for the past three, four days," a friend said.

"He died of cardiac arrest on Sunday around noon."

It is unclear whether he was still fasting when he died of a heart attack at his parents house.

His cousin Vivek told Hindustan Times:"He was feeling depressed for the last couple of weeks after coming to know that Trump and Melania had tested positive for Covid-19.

"But he was healthy and had no prior medical complications."

Trump overcame his coronavirus battle after taking a cocktail of experimental drugs, and his since returned to the campaign trial ahead of the election on November 3. 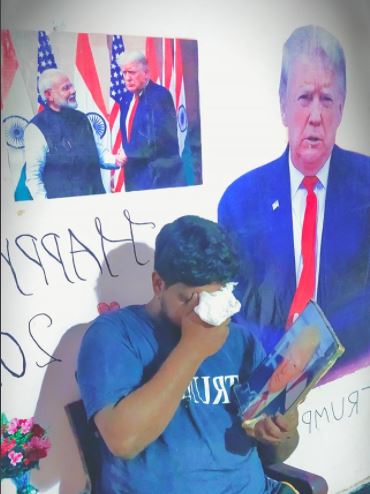 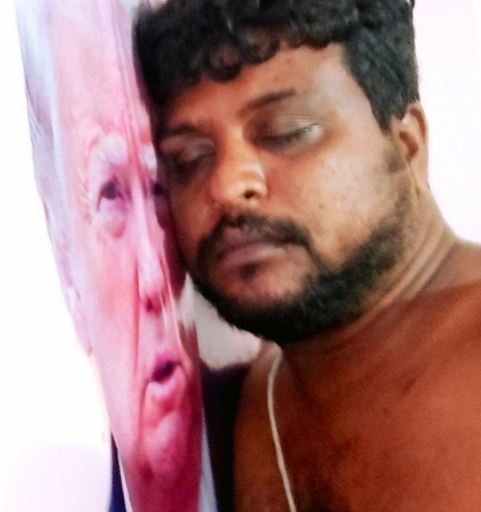 Krishna first hit the headlines after he installed a photograph of Trump in his puja room, a scared space in the home dedicated to prayer and reflection.

Trump took up a place along with other Hindu gods, and Krishna became dedicated to worshipping the74-year-oldRepublican.

He also had six-foot statue of Trump built outside the front of his house and regularly performed religious ceremonies with it – including giving it baths in milk.

He had posters of the US President aound his home and regularly wore t-shirts simply reading "Trump".

Speaking of his obsession in 2018, he told News Minute: "I first read about Trump on the internet while he was campaigning for the US Presidential Elections.

"I also saw that he took part in World Wrestling Federation and immediately took a liking to him."

Krishna said he began to worship him in an effort bring the US and India together.

However, he but admitted he did not know about Trump's politics, simply saying "I’m only doing all of this for the good of Indians and for peace between our two countries". 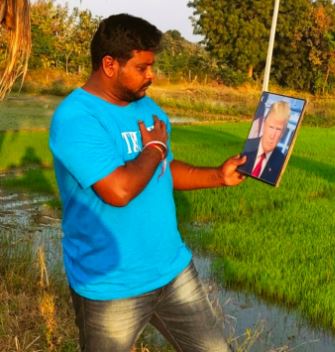 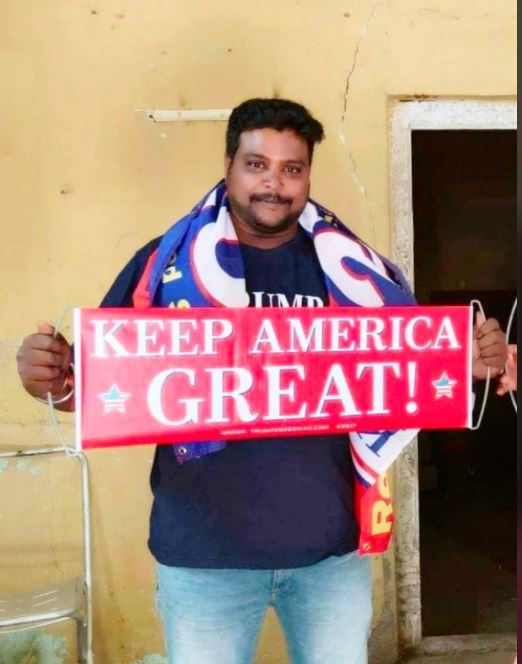 Krishna also revealed he had been bullied online for his fandom of Trump, but had also received lots of support from fans in the US.

He added; "The people from US don't mock me much. They understand how serious I am.

"It is mostly Indians who leave such comments. Even in my village, many people think I'm weird.

"I have nothing to gain or lose from this. I just want cordial relationships between the two countries."

Village official Venkat Goud said it was hard believe he had died without getting a chance to meet his "god".

He said: "As much as we are sad that he died without meeting Trump even once, we hope, at least the news of his death, reaches Trump now."

Krishna's wife died last year while delivering a baby boy, and he had been working as a farmer since dropping out of school.

Before his death, he had been hoping that Trump would win the US election over his Democrat rival Joe Biden.