The left-winger, who was a chief lieutenant of Jeremy Corbyn and has won the backing of the hardline Momentum insurgents, laid out her pitch for ‘aspirational socialism’ at a US-primaries style debate in Liverpool.

This call for a ceasefire between the warring moderate and Corbynite factions of the party was echoed by all of the other candidates – Sir Keir Starmer, Jess Phillips, Lisa Nandy and Emily Thornberry. 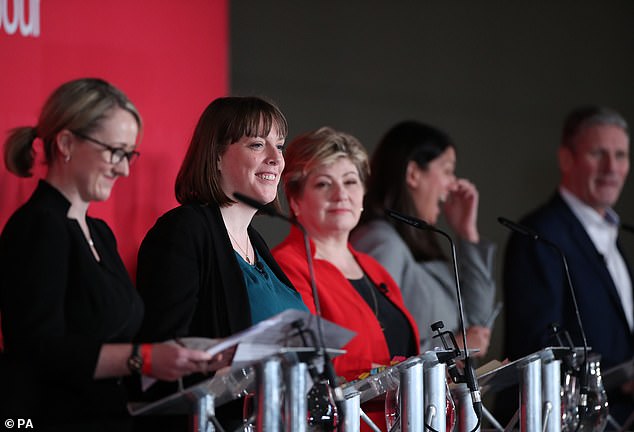 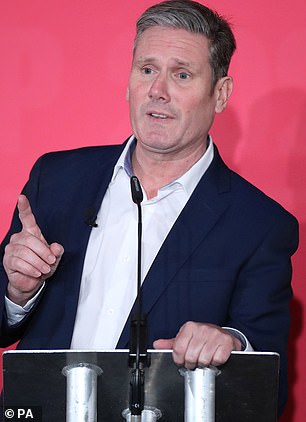 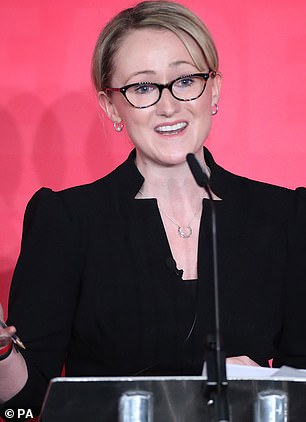 The debate appeared to be styled on a United States primary hustings, with all five candidates lined up on stage and put questions by a chair.

But unlike presidential hustings, where the frontrunner is given the plum spot in the middle, Sir Keir and Ms Long-Bailey were cast off at both ends.

The hustings began with all leadership hopefuls in agreement, establishing consensus that factionalism needs to end and that Brexit is all but certain.

Yet Ms Phillips locked horns with Ms Thornberry after launching a thinly-veiled swipe at her fellow candidates who she claimed kept quiet on anti-Semitism, which dogged the party at the last election.

The Birmingham Yardley MP, who was not a member of Mr Corbyn’s top team, said: ‘The Labour Party needs a leader who has spoken out about anti-Semitism and other forms of harassment when others were keeping quiet, and someone who was in the room struggling for an independent system, lots and lots of meetings. 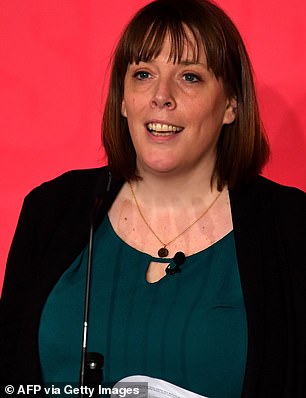 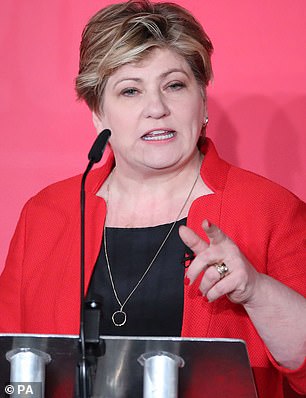 Ms Phillips (left) locked horns with Ms Thornberry (right) after launching a thinly-veiled swipe at her fellow candidates on the topic of anti-Semitism, which dogged the party at the last election

‘Jewish people were scared of the Labour Party at the election. This is deeply serious.’

Raising her voice, she cried: ‘I’ll tell you what Jess, I have always been clear about it and I always will. 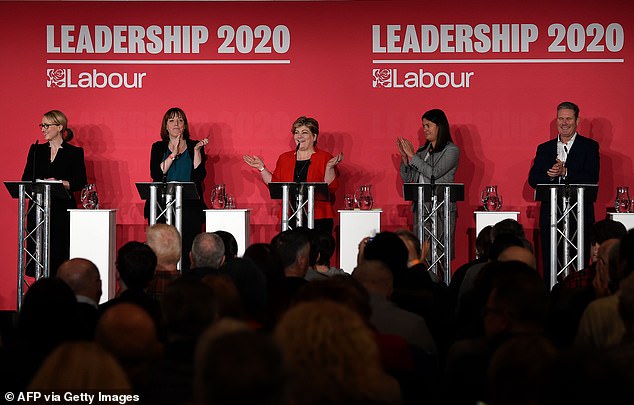 This call for a ceasefire between the warring moderate and Corbynite factions of the party was echoed by all of the other candidates – Sir Keir Starmer (far right) Jess Phillips (second left), Lisa Nandy (second right) and Emily Thornberry (centre)

Ms Thornberry received the first big cheer from the live audience by launching a stinging attack on Boris Johnson, who she said has a ‘woman problem’.

Responding to a question asking the candidates why they are the best-equipped to confront the Prime Minister, the shadow foreign secretary said: ‘He is in the end a liar, he is callous, he doesn’t care, he plays at politics, he plays with people’s lives.

‘He needs to be held to account. And frankly I think he has a woman problem. He certainly has a problem with me and during the two years I was shadowing him eventually the papers came out and supported me, that he is the worst foreign secretary this country has ever seen and I was part of exposing that.’

Sir Keir, who is seen as a moderate within the Labour ranks, extended an olive branch to the party’s hard-left wing by urging members not to ‘trash the last four years’, during which time Mr Corbyn ‘made us an anti-austerity party, there’s no going back on that’.

But Ms Long-Bailey also moved to shore up her leftist support base via a rallying cry inspired by her own personal history growing up in Manchester.

She said: ‘That child from Old Trafford, who watched her family struggle is angry. Her life was nearly shattered and she is now here to shatter the Tory majority.’

Other hustings are planned in cities including Durham, Bristol, Cardiff, Nottingham, Glasgow and London, as well as in the West Midlands and Bedford.

The result of the contest will be announced on April 4.