Driver was ‘inches from death’ after metal poles smash through window

Astonishing images show metal poles embedded in a motorist’s dashboard after they were sent flying through his rear window in a motorway smash.

The driver’s wife said her husband ‘just scraped [past] death’ and was left ‘completely shook up’ after the incident on the M56 in Cheshire yesterday afternoon.

She said he told her he was forced to brake by cars in front and his Land Rover was hit from behind by a van. 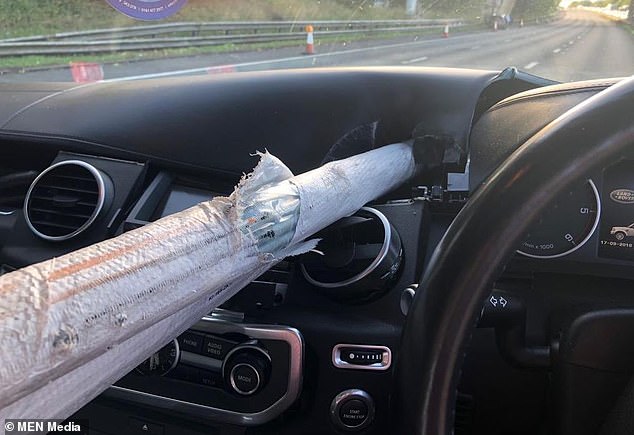 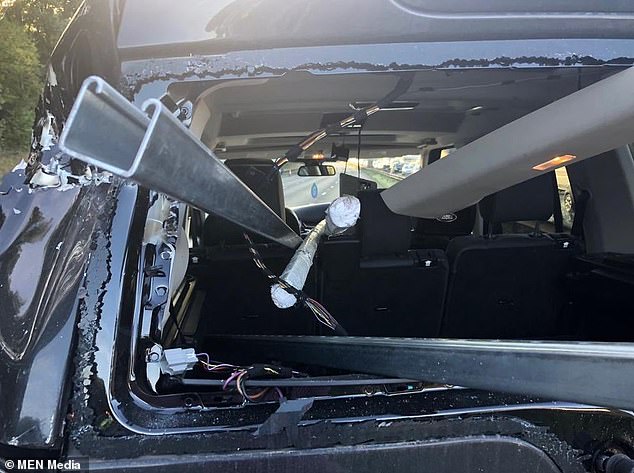 The crash happened after the vehicle braked and a van behind collided with its rear, causing poles it was carrying to be hurled forward

The poles being carried on the van were hurled forward by the force of the impact – and smashed through the rear window of the motorist’s Land Rover.

The incredible photographs show how two packets of long poles speared his dashboard just centimetres away from where he was sat driving.

No one was hurt, the woman said, but she described traffic tailbacks on the M56 as ‘carnage’ as a result of the incident.

Police, firefighters and paramedics were scrambled to the scene at around 5.30pm.

The woman, who asked not to be named, said: ‘My husband is completely shook up. He has just scraped death.’ 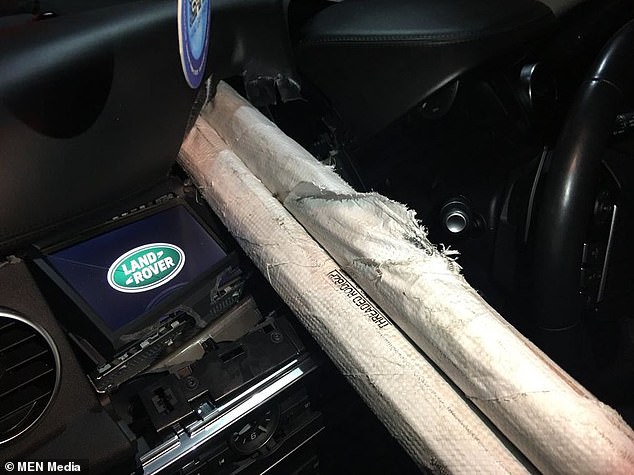 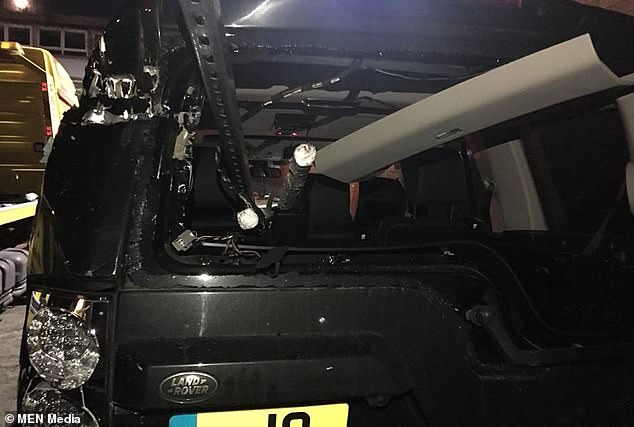 The crash caused the full closure of the westbound carriageway of the motorway. Pictured is the rear of the damaged Land Rover

Highways England reported a ‘multi-vehicle’ collision which led to a diesel spillage resulted in the full closure of the westbound carriageway between junction six for Manchester Airport, the Hale Four Seasons roundabout, and junction seven, for the A556 Chester Road at Bowdon.

The incident affected rush-hour traffic and motorists around Manchester Airport, with delays said to have been ‘rapidly building’.

Queues were even said to tail back to the M60 motorway.

There were no further details available from the police about the collision. The motorway reopened fully at around 8.30pm.