Driver’s windshield is SHATTERED by SNOW

This driver certainly thought it was snow joke when his windscreen was smashed by falling powder from a snowplow passing overhead.

Kevin Hoffer was driving his 2017 Jeep Cherokee down the US131 Northbound in Kalamazoo, Michigan, on November 26 when the strange and unfortunate incident occurred.

Passing under a bridge, a lorry is clearing built up slush from above which flies off over the concrete towards Kevin’s car. 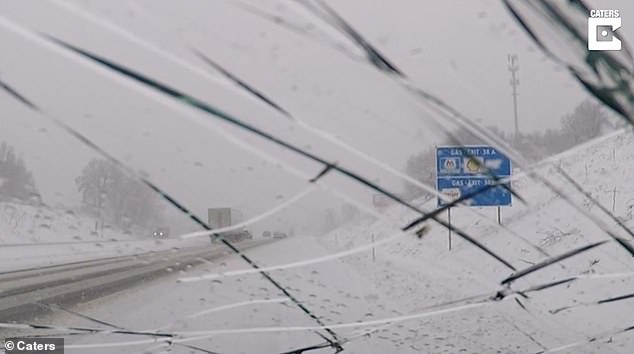 Landing perfectly on his windscreen, the hard snow smashes the glass causing him to pull over on the side of the road.

Kevin said: ‘I’ve never had anything like this happen to me before.

‘The whole driver’s side of the windscreen smashed. 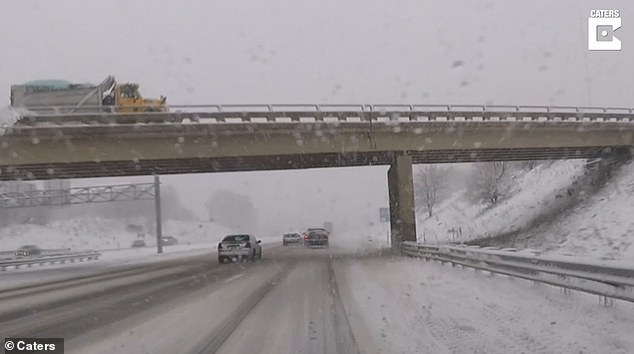 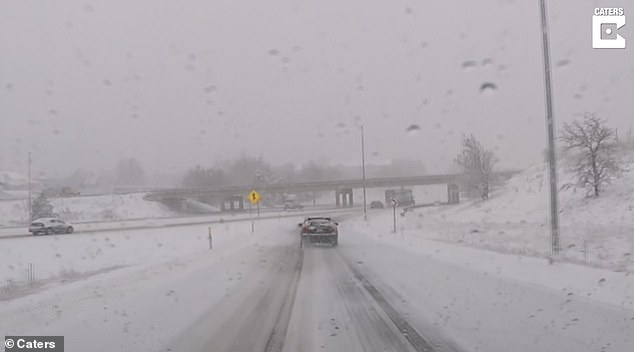 There was thick snow and blizzard-like conditions in Kalamazoo, Michigan when the incident occurred

‘I was able to get it repaired the same day, luckily a local glass shop had the right windshield in stock.’

The falling snow made a huge cracking sound as it hit Kevin’s window, prompting to say ‘My God! You’re f****** kidding me.’

The one good thing for Kevin is that he was unhurt despite the dangers that the weather could have created.

Local media reported that he has a claim form from Kalamazoo County to get in touch with their insurance agency.