An English bio-chemist has become the first winemaker from the UK to create a ‘British beaujolais’ in a French dominated industry.

Simon Day, production director at Sixteen Ridges near Ledburty in Worcestershire has challenged the famous noveau wines market from eastern France by selling his very own ‘English Noveau’.

The vineyard, which was planted with Pinot Noir in 2007, will sell its wines at £11.99 a bottle under an exclusive contact it has with the Waitrose.

The bottles will appear on supermarket shelves on November 19. 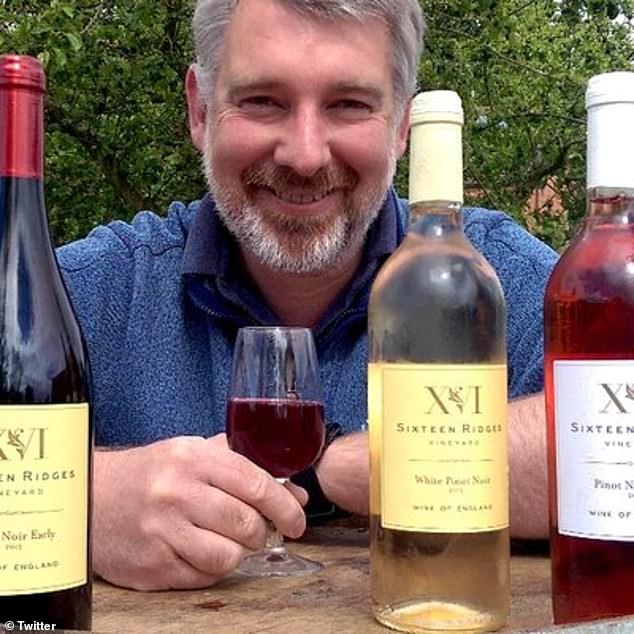 Simon Day, production director at Sixteen Ridges near Ledburty in Worcestershire, has become the first winemaker from the UK to create a ‘British beaujolais’ 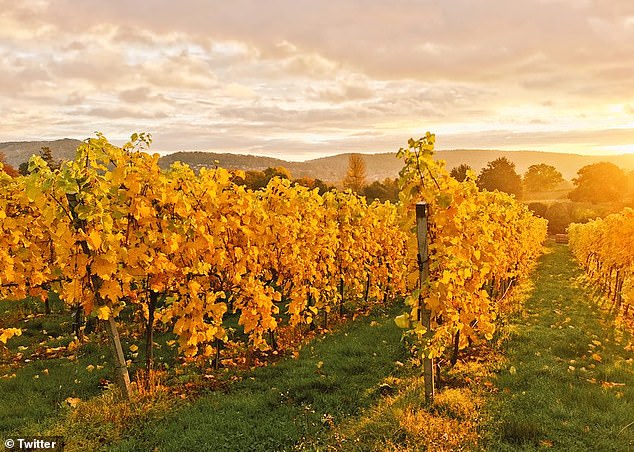 Mr Day, who is a bio-chemist, told The Times: ‘I love pushing the boundaries and developing new and innovative wines, so I jumped at the challenge of creating an English nouveau.

‘It’s a fantastic pinot noir, which has all the fresh bright fruit flavours you would expect from a beaujolais nouveau but with an added elegance, thanks to our beautiful terroir.’

Beaujolais noveau is a red wine made from Gamay grapes in the Beaujolais region of Burgundy in eastern France.

The wines are made using carbonic maceration which is a process in which the whole grapes are fermented in a carbon dioxide environment for around seven weeks prior to crushing.

The process helps create a lighter and more fruitier flavour without extracting the bitter tannins from the grape skins.

Marien Rodriguez, a wine buyer at Waitrose, said: ‘It’s such an exciting time in the English wine industry, with innovation and quality being the key reason why sales are up.’

On their website Sixteen Ridges prides itself on capturing ‘the history and heritage of the countryside’ while providing a range that is ‘fresh and enticing’.

A statement reads: ‘Our wines and ciders capture the history and heritage of our countryside, with a twist of innovative creativity.

‘We love the tradition of our industry and we respect the land on which we grow. Yet our passion is to be honest and creative; our products are never from concentrate, our fruit is handled with utmost care, and our range is always fresh and enticing. We let the fruit do the talking.’

In recent years the British wine industry has seen a seen a surge in sales, with latest figures showing there are now 800 commercial vineyard and 10.5 million bottles were produced last year. 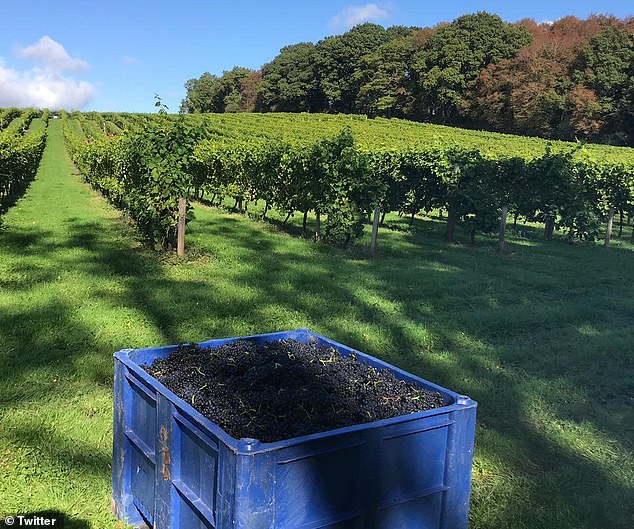 In March, online independent retailer Naked Wines, which was launched in the UK in 2008, admitted that given the high demand amid the coronavirus pandemic they had temporarily paused accepting orders in order to re-stock.

According to The Motley Fool, sales for the Italian and French wines for the company jumped from 44 per cent to 68 per cent in the last week.

Meanwhile the number of English wines being sold by the online retailer more than doubled.

On their website, Naked Wines told customers they had been experiencing a ‘high level of demand’ for wines and would be working closely with their warehouse and delivery staff. 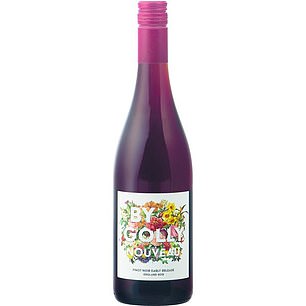 The wine company will sell its wines at £11.99 a bottle under an exclusive contact it has with the Waitrose

A message read: ‘We’re experiencing an unusually high level of demand right now, so we’ve made the call to temporarily pause accepting any more orders, while we work through existing ones.

The message continued: ‘We’re working closely with our warehouse and delivery folk, who have their own plans to make sure their people are safe.

‘If you are self-isolating or would prefer a no-contact delivery service, you can request to have your wine delivered to a safe place.

‘We know it’s important to keep the wine flowing at a time when we probably need it more than ever. So we’ll continue to deliver wine as long as it is safe for you and everyone we employ.’

In other parts of the world, the surge of wines has also not got unnoticed.

In the U.S., the Boston-based alcoholic delivery service Drizly reported the number of alcohol being sold had increased by 50 per cent amid the coronavirus outbreak, The New York Times reported.

The paper also reported that in Seattle, Chicago and Boston, the sales of wines, beers and alcoholic drinks had risen from 300 to 500 per cent in comparison to the number of drinks that were sold in January.