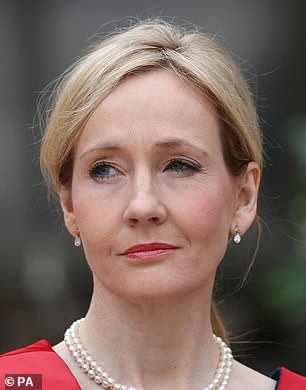 Online marketplace Etsy has banned a seller from selling items carrying the slogan ‘I love JK Rowling’ claiming that it ‘promotes hatred’.

But the marketplace has been slammed after social media users higlighted that their site also currently lists a postcard bearing the slogan ‘F*** JK Rowling’.

Etsy reportedly removed items included a poster, hoodie, sweatshirt and long sleeve T-shirt, bearing slogans in support of the author from the page of a seller known as QuirkyStitchCrafty.

In an email to the seller, a representative of the ‘Etsy’s Marketplace Integrity team’ said they prohibit any products that ‘promotes, supports, or glorifies hatred or violence towards protected groups’.

They added: ‘This includes items or listings that are demeaning or disparaging towards people based upon: race, ethnicity, national origin, religion, gender, gender identity, disability, or sexual orientation.’

The removal of the products was been branded ‘sinister stuff’ by one social media user, while another called it ‘bang out of order’. 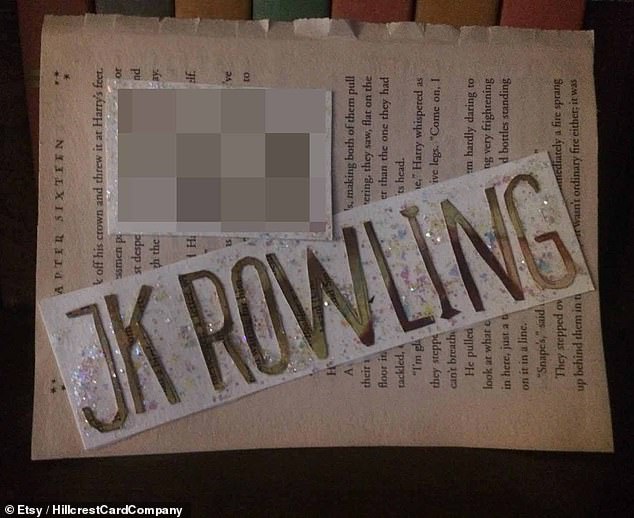 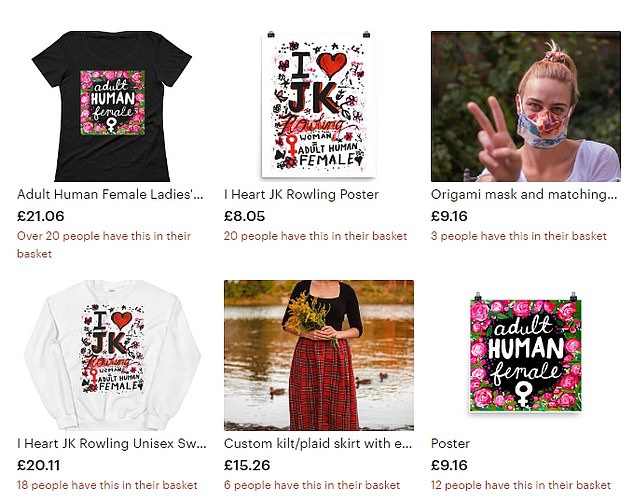 Another wrote: ‘How can products proclaiming love for a world-renowned philanthropist be hate speech’.

They questioned why other products were allowed to remain on the site while products praising the author were not.

The postcard featuring the words ‘F*** JK Rowling’ is being sold by a seller known as HillcrestCardCompany for £4.10.

In the product description it brands the author a ‘TERF’ – an acronym coined by trans activists, which stands for Trans-Exclusionary Radical Feminist.

The term reportedly applies to a minority of feminists espousing sentiments that other feminists consider transphobic. 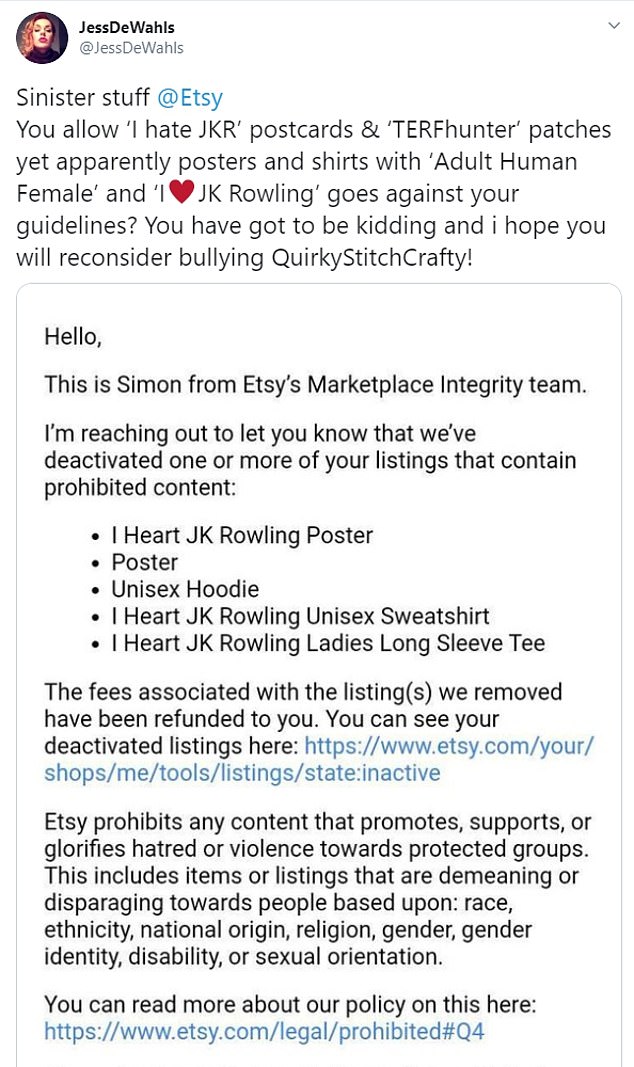 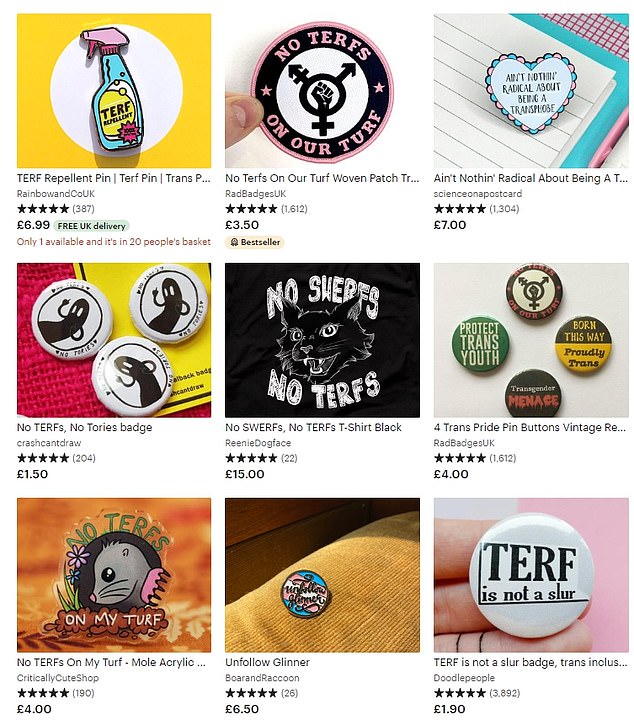 Some of the ‘TERF’ products being sold on the site, that social media users questioned why they were allowed to remain when other products were removed

The online marketplace came under fire from social media users, including Stephen Madill who wrote that it was ‘bang out of order’

JK Rowling has been called a ‘TERF’ by transgender activists after she came under fire for insensitivity towards the transgender identity since objecting to the term ‘people who menstruate’ being used instead of ‘women’.

The Edinburgh-based author also landed in hot water this month when she promoted a separate website which makes stridently feminist items.

After sharing a photo of a t-shirt she was wearing, which bore the slogan ‘this witch doesn’t burn’, she linked to the website of the company she had bought it from.

Social media users questioned why they were allowed to remain on the site when the ‘I heart JK Rowling’ products were removed.

Etsy is understood to have reinstated the products after the backlash.