BRUSSELS (Reuters) – The European Union will immediately introduce customs checks and import duties in the event of a “no deal” Brexit, erecting barriers to British exports ranging from cars to farm produce and preventing consumers bringing in British cheese or meats. 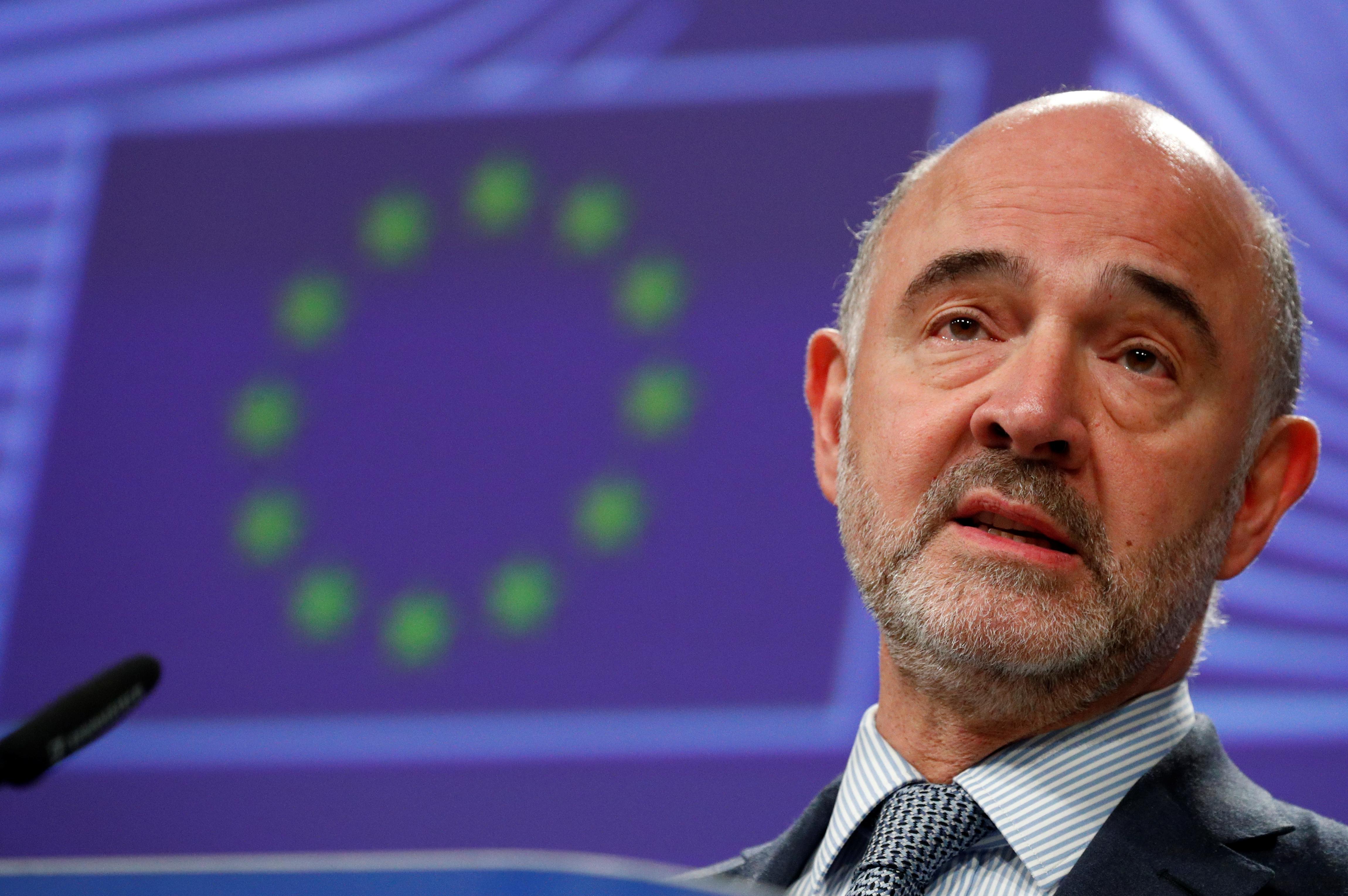 Pierre Moscovici, the EU’s economic affairs and tax commissioner, told a news conference on Wednesday that all the remaining 27 EU members agreed that customs controls would have to be put in place for incoming goods as soon as Britain left.

“The cliff-edge scenario, which is again not the one we foresee or wish, would create major disruptions,” he said. “We should expect that there would be queues at the tunnel exit and at the ports.”

Moscovici said more than 11,000 goods vehicles per day took ferries between Dover and Calais or used the Channel Tunnel, although he acknowledged that not all would be checked.

He said EU companies trading with the UK had to be ready for additional costs and bureaucracy as customs checks increased, while travellers would also be subject to more checks.

Individual travellers arriving in the EU from Britain would be limited to no more than 430 euros’ ($480) worth of goods, and would not be able to bring in British animal products such as cheese or sausages.

Producers would still be able to export them if Britain, as expected, passed laws to comply with EU sanitary rules. However, goods would be subject to import duties; in the case of cars, this would be 10 percent.

On the most sensitive issue, that of the Irish border, Moscovici avoided giving a clear answer.

Since Britain has said it wants to leave the EU’s customs union as it leaves the EU, the bloc says controls on animals and goods will need to take place on the land border between EU member Ireland and the British province of Northern Ireland.

But both London and the EU want to avoid deploying border infrastructure, fearing it could become the target of violence and undermine peace in the province, which saw three decades of sectarian violence at the end of the last century.

Moscovici said both the EU and Britain would need to make checks to protect their markets:

“We are working closely and intensively with Ireland to organise these checks in the least disruptive way possible, and as much as possible away from the border.”

He added that the EU could give Ireland more money and other assistance to meet the challenge. He said the EU expected Britain to live up to its obligations of guaranteeing an open Irish border under the Good Friday Agreement peace deal.

EU sources told Reuters in February that Dublin would soon have to come up with a plan to ensure the integrity of the EU’s single market or face the prospect of checks on its own goods coming into the rest of the bloc – something Ireland has said it will not countenance. ($1 = 0.8898 euros)