A freak snowstorm has ravaged Spain, dumping metres of snow and record-breaking rainfall across the country. The national weather agency’s spokesman said the storm is likely to go down as the “worst storm ever recorded” in the country. This comes as Storm Gloria moves from northwestern Spain into France, sparking a red alert for flooding and avalanches.

Storm Gloria battered parts of western Spain and brought four months worth of rain in 48 hours to parts of south-western France in the last two days.

The storm has already killed at least nine people, with several missing, including one British tourist in Ibiza.

The weather saw winds of more than 140 km per hour and waves reaching more than 10 metres crash into towns. 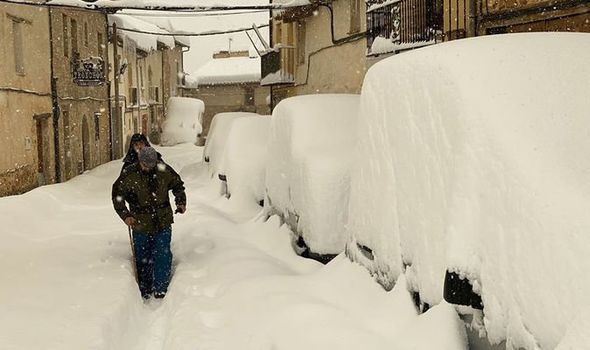 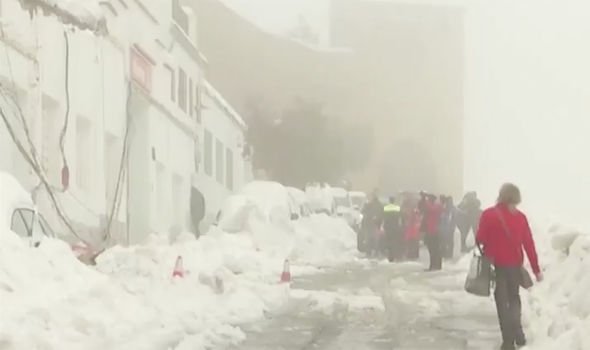 Video shows workmen at Morella, Castellón begin the clear-up, as they shovelled away snow from cars and roads.

Yesterday, in the Costa Brava holiday resort of Tossa de Mar near Barcelona, streets were blanketed with unbelievable amounts of seafoam.

Huge waves inundated promenades and seafoam even reached into homes in the popular tourist town.

One woman was filmed trying to get into her house in the resort up to her waist in the foam. 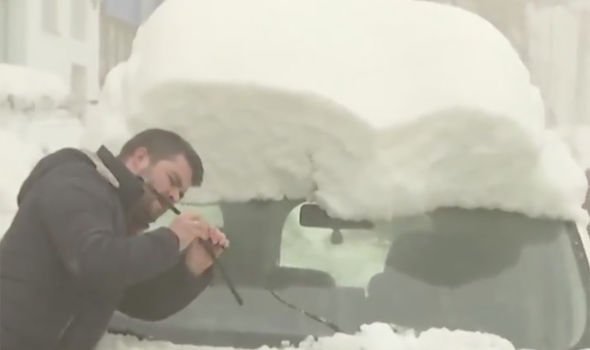 The Interior Minister described the storm as “exceptional”.

Isabel Ferrer, Civil Protection Director for Catalonia, warned more rain due this afternoon would increase the risk of flooding and rivers overflowing their banks.

Ms Ferrer urged people to avoid all unnecessary journeys, adding: “We are facing an emergency situation which is still not over.” 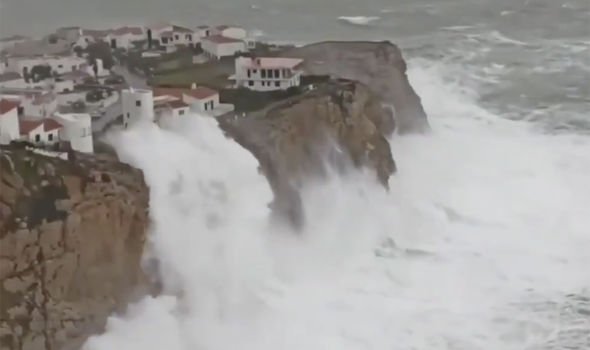 Many schools remain closed throughout Catalonia as well as the Valencia region further south and the inland region of Aragon.

More than 5,700 pupils in Catalonia had their classes cancelled due to Storm Gloria.

Ruben del Campo, spokesman for national weather service Aemet, said he expected that once all data was collected the storm will have been “one of the strongest on record”.