All Change (again): MP Sarah Wollaston joins the Lib Dems – her THIRD party in a year after ditching the Tories and now Change UK

Sarah Wollaston is set to join the Liberal Democrats this morning as Jo Swinson makes her first speech as leader.

The former Tory MP, and chair of the health and liaison select committees, will join her friend’s party – her third in a year – in a major coup for the Lib Dems.

Dr Wollaston, who became an independent MP after joining Change UK, follows in the footsteps of former Labour MP Chuka Umunna who made the jump in June.

Tory MP Phillip Lee is also expected to join the Lib Dems – possibly at their conference this year. 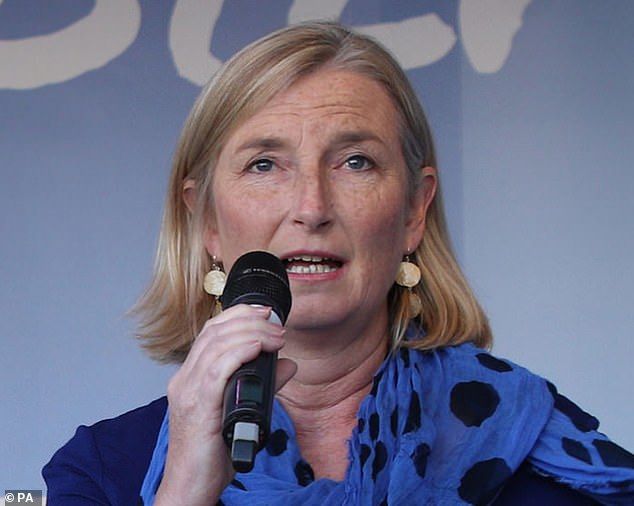 The former Tory MP, and chair of the health and liaison select committees, will join her friend’s party – her third in a year – in a major coup for the Lib Dems

His defection would cost the Tories their majority, putting Mr Johnson in a difficult position. Her colleague Heidi Allen is thought to be waiting for Miss Swinson’s first speech before she also joins the party.

Dr Wollaston, who left the Tories earlier this year, had been holding back from joining the party as she wants to chair a Liaison Committee meeting in September which Boris Johnson is likely to attend, her friends say.

She said she would rather sit as an independent than as a Lib Dem MP to question the new prime minister, they add.

But she has since changed her mind and defected to the party in a major coup for the new leader Miss Swinson.

It comes on the back of the Lib Dems huge surge to above 20 per cent in election polls following their success in the local and Euro elections.

Dr Wollaston, a former GP, was selected in an open primary for the seat of Totnes in Devon in 2010 and openly backs a second referendum on Brexit.

She also supports drugs reform and the liberalisation of laws around it – and describes herself as a friend of Miss Swinson.

Miss Swinson, who won the Lib Dem leadership race last month, has said she is open to working cooperatively with MPs to stop Brexit.

She has called for MPs from other parties to join the Lib Dems to bring about a second referendum. 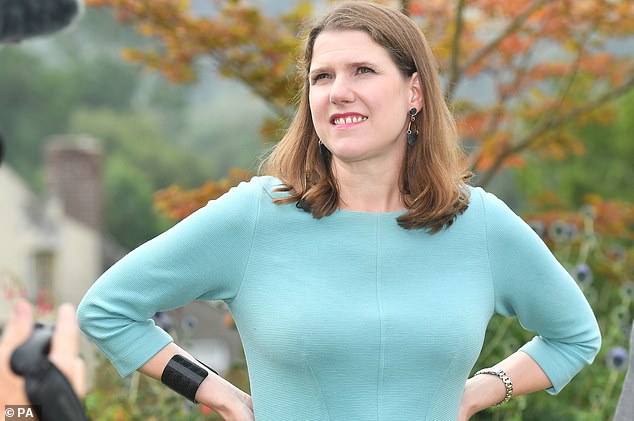 Earlier this year, six of Change UK’s 11 MPs, including Streatham MP Mr Umunna, its spokesman, and interim leader Heidi Allen left the party after its disastrous showing in the Euro elections.

The party, which was yesterday forced to abandon its name, is now led by the former Tory business minister and anti-Brexit campaigner Anna Soubry.

In their statement, they said they would embark on a ‘nationwide programme of deliberative democracy’, across the UK.

‘Change UK doesn’t just belong to MPs. It belongs to the country and those looking for a sense of hope and leadership to genuinely change our politics,’ the five said in a statement.

Miss Soubry said she was ‘deeply disappointed’ that colleagues had resigned.

‘Now is not the time to walk away, but instead to roll up our sleeves and stand up for the sensible mainstream centre ground which is unrepresented in British politics today,’ she said.

In the wake of leaving the party, Mr Umunna, Miss Wollaston and Miss Allen all issued a statement saying they would sit as independents.

Mr Umunna and Miss Allen have both been advocating closer cooperation with Vince Cable’s party.

The other four MPs to quit the party were Luciana Berger, Gavin Shuker and Angela Smith.

Change UK, which was initially called the Independent Group, caused a stir in Westminster when it was launched four months ago after the defection of seven Labour MPs.

It had hoped to become the party of Remain, and a document leaked to the Mail revealed that its MPs planned to destroy the Lib Dems.

It revealed that the party planned to target Lib Dem voters and donors, and to attract Lib Dem MPs to defect to it.

Although Change UK fielded high-profile candidates including the former Conservative minister Stephen Dorrell, and the journalists Rachel Johnson and Gavin Esler, for the Euro elections, its dire performance indicated the difficulties of forming a fledgling party.

It has also been beset by internal disagreements over strategy and management, including how closely to cooperate with other parties.

Last month, its leading candidate to become an MEP in Scotland, David MacDonald, stepped aside from the race and recommended voting for the Lib Dems.

Ms Wollaston told her constituents in Totnes at a hustings during the 2017 election that she would respect the referendum result and would not back a second referendum.

There is likely to be huge pressure on her to hold a by-election following her defection.

However she was elected in an open primary, rather than selected by the Conservative party.