‘Were the builders drunk?’ Family slam developer Persimmon after finding 200 faults in their new-build home including misaligned walls, uneven floors and cracks in the ceiling

An exasperated couple have found more than 200 flaws with their new home, leaving them angrily demanding: ‘Were the builders drunk when they built it?’

Rebecca Chrystal, 39, was reduced to tears when she and David Mount, 40, found crooked walls, uneven floors and cracks in the ceiling inside their Norfolk property.

Within 22 months of moving in using Help to Buy, they had filled three double-sided A4 pieces of paper with every fault.

Personal assistant Ms Chrystal, who was pregnant with their son Joseph at the time, said the draining struggle to fix their home has taken a toll on their mental health. 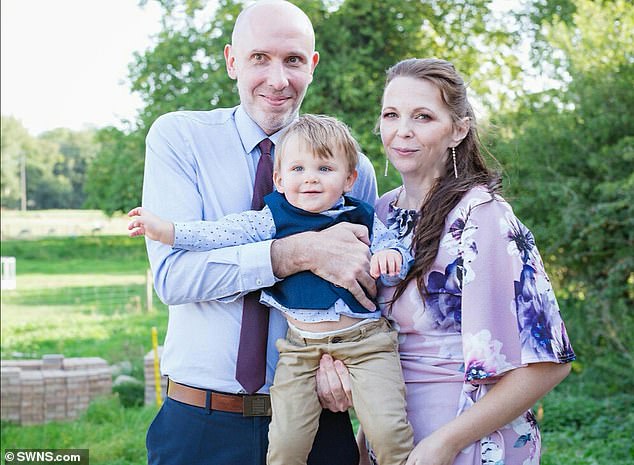 Rebecca Chrystal, 39, and David Mount, 40, (pictured with son Joseph) have found more than 200 flaws with their Norfolk property 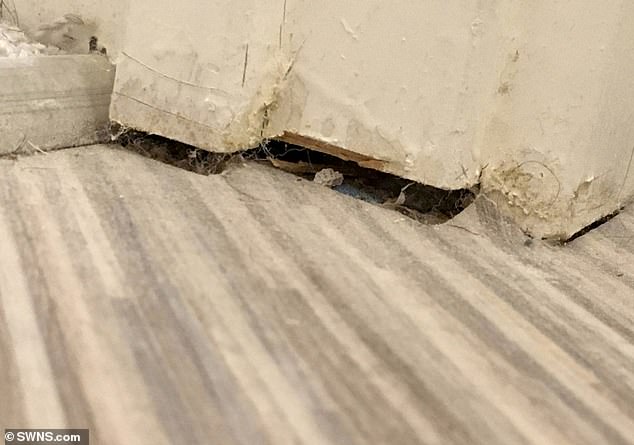 The couple found crooked walls, uneven floors (pictured) and cracks in the ceiling in the house 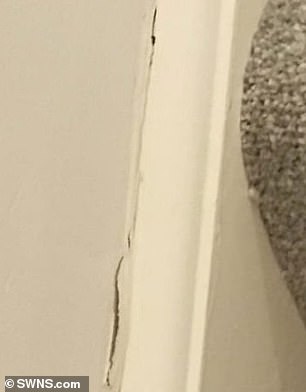 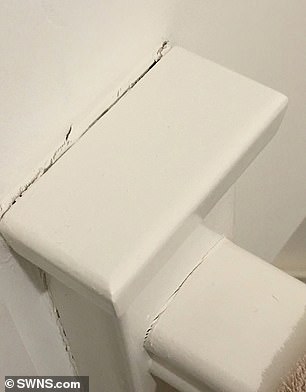 The litany of errors included uneven concrete flooring, cracks in the ceiling, walls that were not aligned, pins and joints visible on the stairs and the bathroom flooring that was not stuck down and needed relaying

She said: ‘When I spoke to them [Persimmons] over the phone, I said “were the builders drunk when they built it?”

‘There were so many problems, everything looked rushed. When we first moved in I didn’t want to live here, I hated it and was in tears.

‘I was pregnant and didn’t want to have any stress because Joseph was IVF, so we knew he was special and had to be careful.’

The couple moved into the house on Orchard Croft estate, Diss, in December 2018, and were horrified to keep finding problems.

Ms Chrystal added: ‘Contractors have been back and forth and then we went into lockdown, which is no one’s fault, but since then we have still had more snags – it is more like 200.

‘The after care and communication have been terrible. It has taken forever to get back to us.

‘It’s constant battles getting contractors to come, it’s tiring and stressful constantly having to organise the work being done and fight them over every little thing.

‘If we had the money we would pay for it ourselves. The whole reason we bought it was so we wouldn’t have to do anything to it when we moved in and it would be ready. 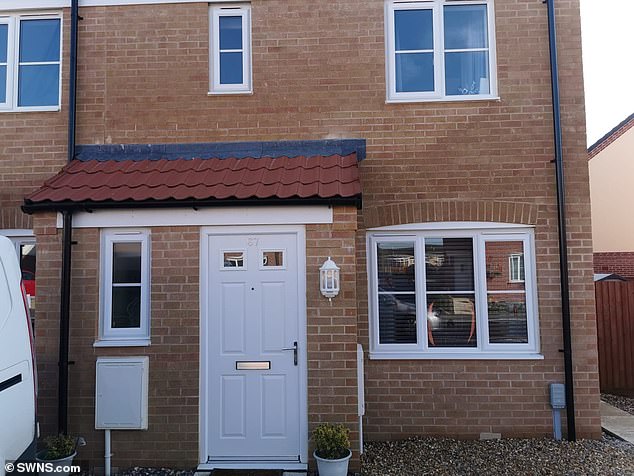 The couple moved into the house on Orchard Croft estate, Diss, in December 2018, and were horrified to keep finding problems 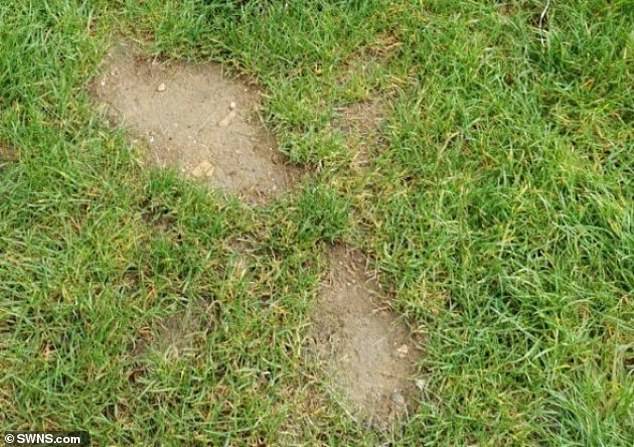 The litany of errors included uneven concrete flooring, cracks in the ceiling, walls that were not aligned, pins and joints visible on the stairs and the bathroom flooring that was not stuck down and needed relaying.

They also discovered warped fencing panels outside in the garden, marks that were left on the posts, doors and paintwork, poor quality turf, as well as a front door that did not fit the frame.

Ms Chrystal said: ‘We have to get our front door wall knocked through, the front room flooring had to be all levelled out – they weren’t expecting to have to do that but the whole floor was cracking and uneven.

‘We are having to have the en-suite bathroom flooring retiled again. Behind some chipboard in a kitchen cupboard they [the builders] had hidden a pile of rubble and just boarded it up.

‘The oven suddenly went off due to a loose fuse, apparently it could have caught fire. There was leakage to part of the floor as well.’

Mr Mount , who works in property maintenance for a charity, said the process has been frustrating. 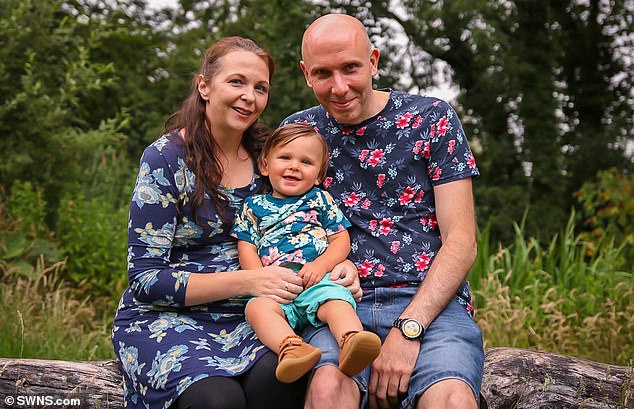 Personal assistant Ms Chrystal, who was pregnant with their son Joseph at the time, said the draining struggle to fix their home has taken a toll on their mental health

He added: ‘It’s been nearly two years. We hoped for it to be ready before Christmas 2018 and thought we wouldn’t have to do anything when we moved in. But it’s been a catalogue of errors, it’s been so frustrating.

‘I have had to crack the whip a few times. They’re not doing what’s required. We didn’t even get a welcome pack when we moved in.

‘It’s the quality of the work in the first place that’s been the problem as well as the after care.

‘We’re not looking for compensation, we are looking for them to change the way they do things going forward.’

Persimmon Homes Suffolk apologised to Rebecca and David and pledged to fix the problems that still needed rectifying.

A spokesman said: ‘We apologise sincerely for the inconvenience caused.

‘Our customer care team has been in regular contact and remains committed to resolving the outstanding issues.

‘All of our new homes come with a two-year Persimmon warrant plus a 10-year insurance backed warranty, ensuring every property is built to rigorously inspected standards and providing reassurance to customers that defects will be rectified under the guarantee.’