Family who caused ‘constant’ noise for neighbour must pay £100k

Family who replaced carpets in £2.6m Kensington flat with wooden floors causing ‘constant’ noise for downstairs neighbour as children ran around must pay her £100,000 after losing appeal 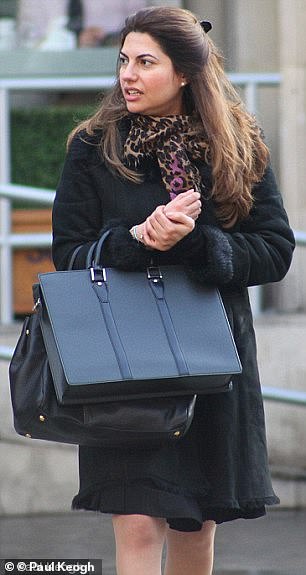 A couple ordered to pay a neighbour over £100,000 damages due to the noise of their young family on wooden floors must hand over the money after losing an appeal.

Sarah and Ahmed El Kerrami were sued by their banker neighbour, Sarvenaz Fouladi, 39, over what she called the ‘intolerable’ noise of the family-of-five.

She said the sound of everyday activity above her £2.6m apartment – from children playing to dishes being washed – was keeping her up at night.

The ‘constant’ ordeal only began after the installation of a new uncarpeted wooden floor in the El Kerramis’ upstairs flat in 2010, she said.

Judge Nicholas Parfitt awarded her £107,397.37 damages and ordered work be done to solve the noise problem at county court in May.

The couple appealed, but after a four-day High Court hearing – which ran up tens of thousands of pounds more in legal costs – saw the bill upheld.

High Court judge, Mr Justice Morgan, said the problem was that the new floor did not prevent transmission of noise between the luxury flats.

The old floor had been taken up and replaced with a new one ‘which did not provide good insulation against sound transmission’, he said.

At Central London County Court, Miss Fouladi claimed that there had been no noise at all before work was done in 2010 prior to the El Kerramis moving in. 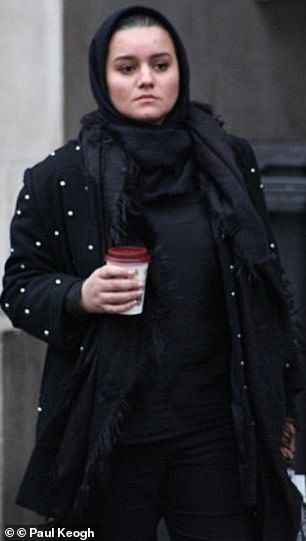 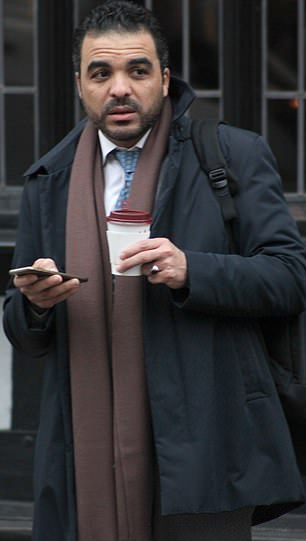 Sarah and Ahmed El Kerrami (both pictured, outside court) had hoped to overturn the decision at the appeal stage – but it was upheld

Since then, she and her mum, Fereshent Salamat, had been bombarded with noise from a boiler, fridge, taps and a fireplace above, she said.

The El Kerrami family used the flat ‘like a playground, kids running and dropping things for seven hours non-stop’, she told the judge.

Awarding her damages, Judge Parfitt said it was the noise of simple ‘day-to-day living’ which had caused the problems in the mansion block.

Although he said Miss Fouladi and her mum’s evidence was exaggerated, the judge said noise was ‘…sufficiently loud to be invasive and disturbing…’

The El Kerramis and the family company which owns their flat should have had carpets on the wooden floors in living areas, he said.

And, when the floor was replaced before they moved in, nothing had been done to limit noise transmission between the flats.

Appealing, the El Kerramis argued that, having found Miss Fouladi’s evidence exaggerated, Judge Parfitt was wrong to find in her favour.

But appeal judge, Mr Justice Morgan, said there had been plenty of evidence on which the judge could find there was ‘noise nuisance’. 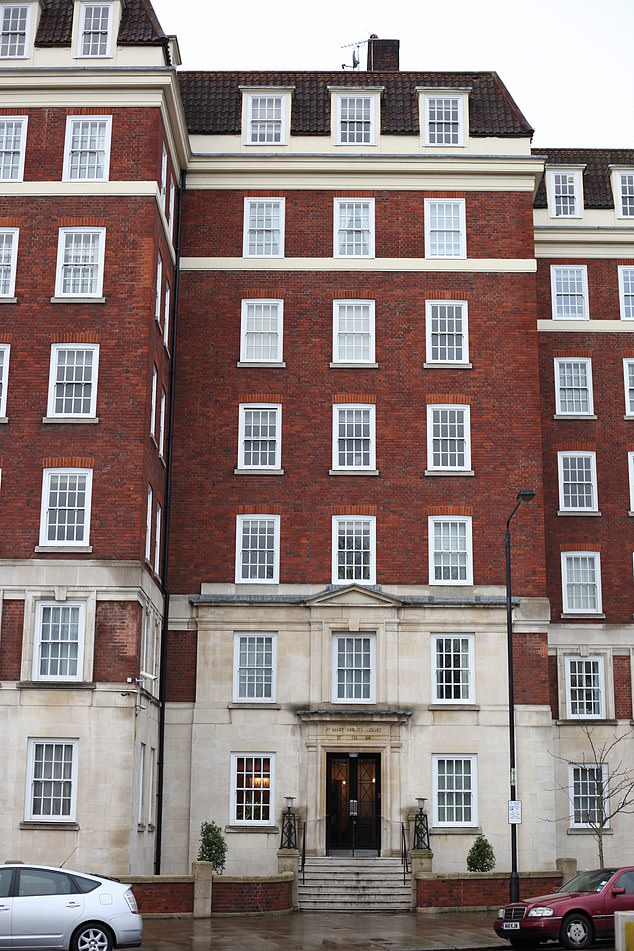 The neighbours live in this plush property in Kensington, West London, where they began to feud about noise

Council officers had attended the flats, in St Mary Abbots Court, off High Street Kensington, and heard noise for themselves.

Dismissing the appeal, he said: ‘The judge was not impressed by the evidence given by Miss Fouladi and her mother, but he rightly directed himself that he did not have to reject everything that was said on their behalf.

‘Equally, although the behaviour of [the El Kerramis] was open to specific criticisms, the judge used very moderate language in that respect and was not prepared to hold that they had done very much which went beyond using the flat for ordinary purposes.

‘The problem, as found by the judge, was that the floor laid as part of the 2010 works was not a suitable floor to prevent the transmission of noise and was worse than the floor which was there before the works.’

At the county court, Miss Fouladi had a breach of contract claim against the freeholder of the block, St Mary Abbots Court Limited, rejected by the judge.

She appealed against that ruling, but had her case dismissed by Mr Justice Morgan.