A farmer was left stunned after he discovered one of the sheep in his flock had a fully-sized fifth leg attached to his head in what ‘looks like mullet’ hairstyle.

Sam Kuerschner’s father discovered the unique animal in September while they were taking a break from work on their property in Orroroo in outback South Australia.

‘I’m a shearer as well, so I’m around a fair few sheep and you hear a few stories… but it’s certainly the first time I’ve seen [something like this] up close,’ Mr Kuerschner told the ABC. 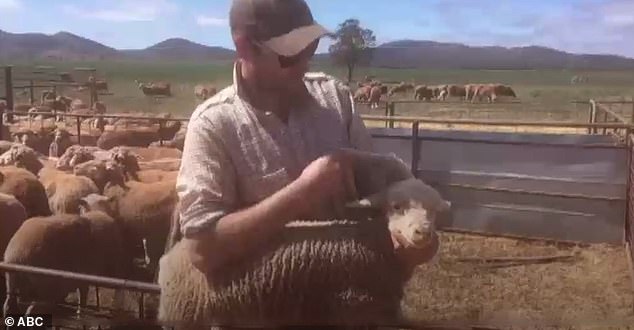 Mr Kuerschner said word had gotten out around the area and a few other farmers and townspeople had been asking him about the animal.

He added the leg is fully formed and appears to be attached to the back of the sheep’s head by flesh rather than a bone joint.

‘It seemed completely happy and healthy and didn’t seem to be suffering any kind of medical issue.’

He said the limb had reminded him of a mullet and was tempted to name her after Western Bulldogs AFL star Bailey Smith whose prominent profile has revived the hairstyle in recent months. 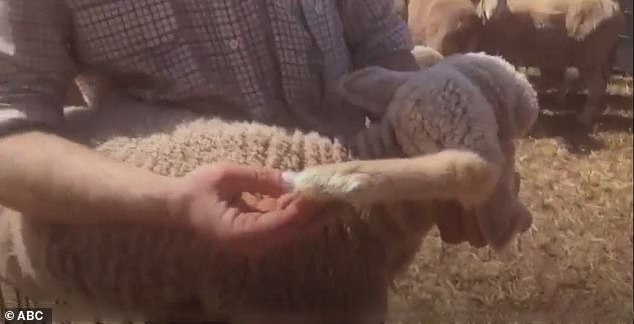 A very rare congenital condition in which animals are born with extra limbs.

The condition usually present with an extra leg.

Humans can also be susceptible though extremely rare.

This is despite sheep being a ewe – with Mr Kuerschner saying he couldn’t see a reason why the animal couldn’t have lambs of its own when fully grown.

Before that he said he intends to keep the animal as a pet.

‘When the time comes to wean it off its mother, I think I’ll take it home and it can run around the house yard. I’ve got three little kids and they’ll be fascinated to have that as a bit of a special pet for hopefully the rest of its life,’ he said. 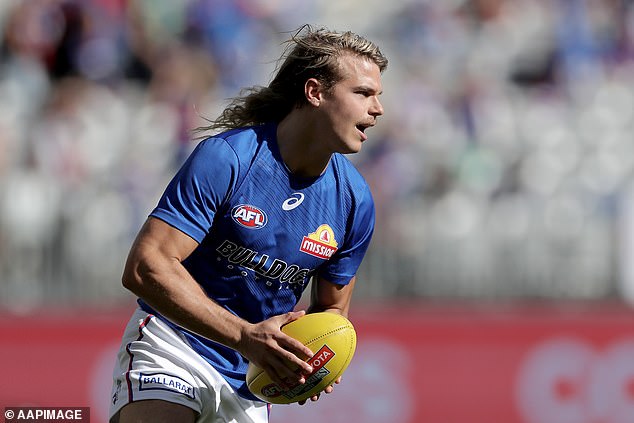