The children who would grow into some of the most evil men in history: Fascinating pictures show Hitler and his Nazi henchmen as young boys

Childhood pictures of unrecognisable Nazi dictator Adolf Hitler and his henchman have resurfaced to mark the 130th birthday of the ‘Fuhrer’.

Hitler was born on April 20, 1899 and as a child, is said to have enjoyed singing in his church choir in Austria, and had once held ambitions of becoming a priest.

The images not only reveal how Hitler looked as a child, but also shed light on what some of the most evil and powerful figures of Nazi Germany looked like, before they committed their terrible ‘acts of war’.

As a child Hitler sported a bowl cut and had a rather round angelic looking face, which was a far cry from his official portraits of Nazi leader, where he crossed his arms and a held a firm gaze. 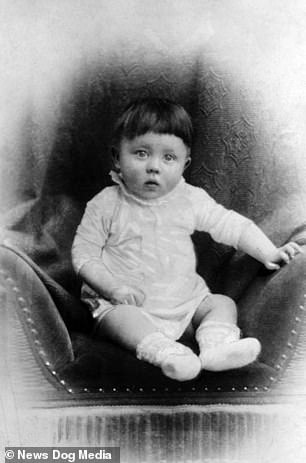 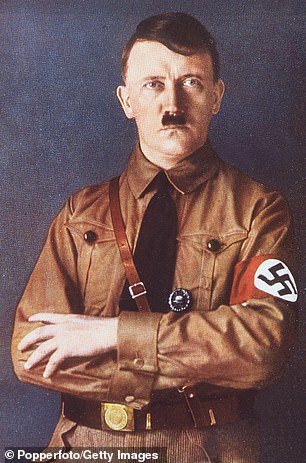 Pictures have also been revealed of Hermann Goring, who in 1907 at the age of just fourteen was a young military cadet. Under Hitler’s leadership he became a prominent military and political leader.

He had been a decorated fighter pilot in World War I and didn’t join the Nazi party until 1923, after hearing a speech by Hitler.

He soon clawed his way into the party and launched the Blitz on London and other British cities. 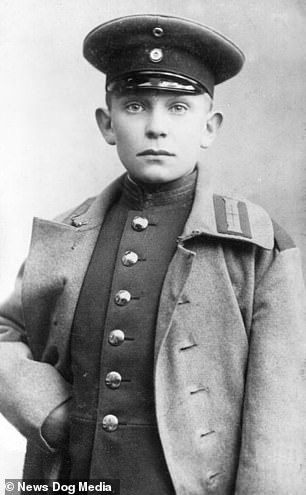 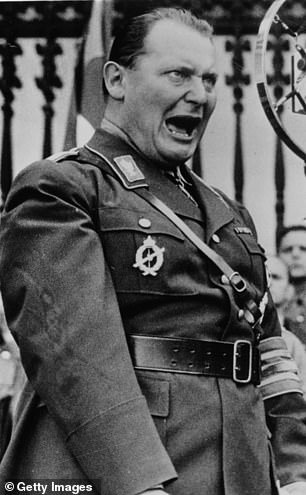 Another one of Hitler’s most trusted associates had been Joseph Goebbels, who despite posing for a picture in 1910 aged 12-years-old, looking ever the innocent, turned into one of the most spiteful propaganda machines the world has ever seen.

He was the master propagandist for the regime for twelve years and presented a favourable image of the Nazi regime to German’s as well as condemning minorities.

He was born into a strict working class Catholic family and much of Hitler’s ideologies and beliefs appealed to him.

Goebbels was a sickly child and records show that he was also born with a deformed right foot. 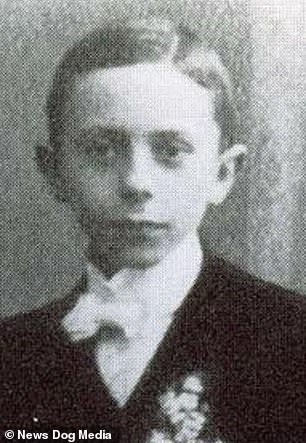 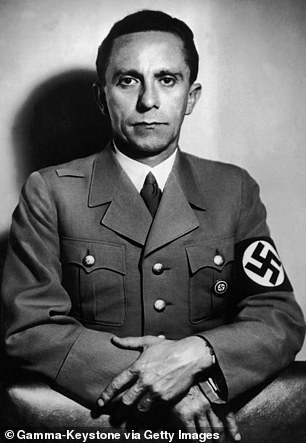 Joseph Goebbels, left, 12-years-old before become one of Hitler’s most trusted associates and the Reich Minister of Propaganda

Heinrich Himmler seemed to hold the same pose, as well as the same glasses through his childhood years and adult life.

Under Hitler’s guidance, he become one of the most powerful men in Nazi Germany and was amongst those who had directly been involved in the implementation of the Holocaust.

He had been part of the Gestapo in Prussia before building the SS into the most powerful armed body in Germany.

It was in June 1941 that Himmler was entrusted with the administration of the conquered territory with the aim being to destroy the Soviet system.

One year later he was tasked with a campaign to target racial and political enemies of the Third Reich where he carried out widespread acts of mass murder. 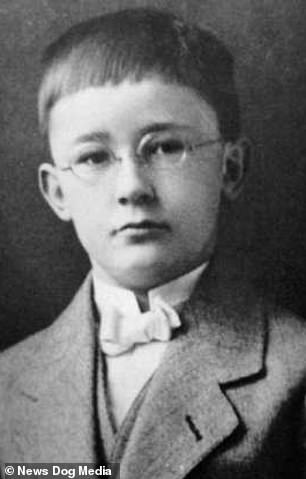 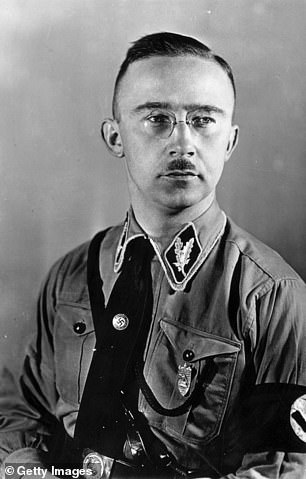 Heinrich Himmler, left as a child in 1910 before becoming the official chief of the SS (right)

Another baby-faced child, who in later life was hanged for war crimes after the Nuremburg trial, was Joachim von Ribbentrop.

He met Hitler in 1932 and joined the National Socialist Party the same year. One of his main roles had been to advise Hitler on foreign affairs and he had also played a key role in negotiations with Japan.

In 1939 he signed the ‘Pact of Steel’ with Italy linking two of Europe’s most aggressive fascist dictatorships.

Ribbentrop was captured in Hamburg in 1945 before being tried at the International Military Tribunal, where he was found guilty of four major counts and hanged. 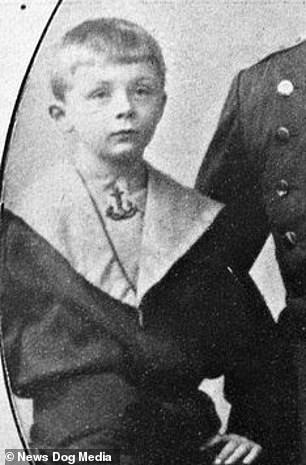 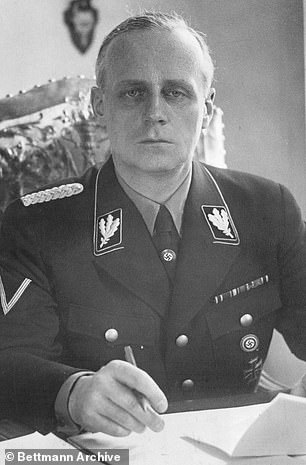 Joachim von RIbbentrop left as a child, before becoming the Foreign Minister for Nazi Germany

Another smiling young face, unknowing as to what sort of a man he would turn into, is Martin Bormann.

In his youth he participated in German Free Corps activities and was imprisoned in 1924 for political murder.

After his release he joined the National Socialists and became head of the Nazi press in Thuringia in 1926.

Bormann had been a major advocate of the persecution and the extermination of Jews and had played a main role in expanding the German slave labour programme.

After the death of Hitler he disappeared and was presumed to be dead of hiding.

In 1945 he was indicted with other Nazi leaders on charges of war crimes and was found guilty and sentenced to death in absentia ion 1946. 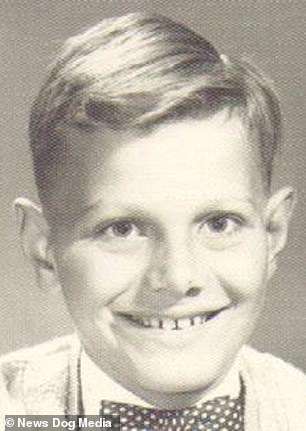 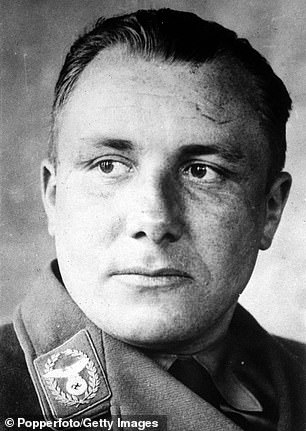 Today, the World Jewish Organisation wants the world’s governments to oppose neo-Nazi events which are planned across Europe.

Events are said to have been planned in Bulgaria, France, Italy, Germany and the Ukraine.

According to the Express, congress chief executive Robert Singer appealed to Bulgaria’s government and said: ‘We urge you to strongly denounce this event, as well as to do all in your power to prevent the meetings’.

It comes as the April 19th anniversary took place yesterday of the Jews of the Warsaw Ghetto having organised the armed resistance against the Nazis.

It was on April 19th, the first night of Pesach. As the Warsaw Ghetto Uprising was unfolding, Jews gathered for a Seder. For most of them, it would be their last.

What were Hitler’s plans for UK? 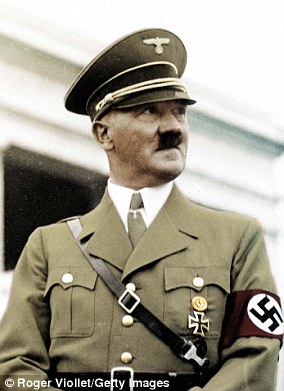 If the Nazis had won the war, one of the dictator’s first priorities was the arrest of those who made his Black Book.

His death squads – Einsatzgruppen – would round up anybody deemed to be a subversive, including Jews and intellectuals.

He also wanted to make Oxford the new capital, reducing London’s status to a Nazi base.

His plans for London didn’t end there – he wanted to rob it of Nelson’s Column and transplant it in Berlin.

Other strongholds were planned for Birmingham, Newcastle, Dublin, Liverpool and Glasgow.

Hitler’s vision for the UK also included transforming Blackpool, Lancashire, into a resort in which his troops could unwind.

The plans explain why a town that built hundreds of Wellington Bombers remained largely untouched in the Blitz.

The leader wanted to snatch Blenheim Palace as his own home. His nemesis  Winston Churchill had lived there as a boy.

He also wanted to depose George VI in favour of Edward VIII, who had visited him before the war’s outbreak.