A neighbour has described how a "desperate" father whose three daughters were killed in a house fire in Melbourne's south-east was shouting "my kids are upstairs" before he tried several times to enter the burning home.

Neighbours say Hiroyuki Kikuchi sustained burns to his back after he attempted to enter the Glen Waverley property on Tulloch Grove as a blaze, in which the girls' mother also perished, took hold in the early hours of Sunday.

The bodies of Kaoru Okano and her three young daughters, aged 3, 5 and 8 were found huddled together in an en suite after fire ravaged their townhouse in Glen Waverley.

He remains in a serious condition in hospital and is yet to speak with police as investigations into the cause of the fire continue.

The bodies of Kaoru Okano, 38, and the pair's three daughters – aged 3, 5 and 8 – were found huddled together in an en suite after fire ravaged the townhouse.

Mr Kikuchi, who is the owner of a sushi restaurant, is in a non-life threatening condition at The Alfred hospital, and investigators hope to speak to him in coming days.

Forensic investigators will remain at the scene of the blaze until at least Thursday. 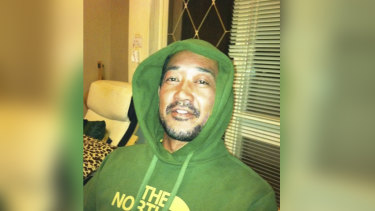 Hiroyuki Kikuchi tried to put the fire out by filling his recycling bin with water. Credit:Facebook

Neighbour Hanish, who did not want his surname published, lives one house away from the family and was woken by what he said sounded like a "big blast which shook all the buildings".

"We went on the balcony and at that moment saw the smoke and people running from the last unit shouting, 'fire, fire', and heard the guy shouting near the garage, 'help, help'".

"He was shouting so loud, top of his voice."

Hanish called emergency services before trying to help Mr Kikuchi, who was attempting to put the fire in the garage out with a small hose and trying to fill his recycling bin with water. 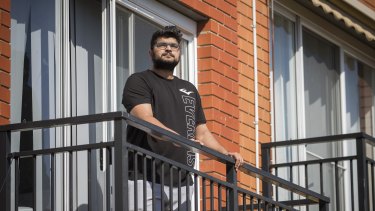 Hanish, who lives in a neighbouring apartment, witnessed the fire.Credit:Paul Jeffers

"The garage door was closed; because of the fire, it was cracking and fire was coming out from the cracks and at that moment there were these loud banging sounds."

"I told him I called the fire services and to get out of the area. He wasn't listening, he was in panic … He was trying to get inside from the garage, control the fire from the garage, and in a panic moment forgot [to tell us] about the kids. The stress, he was not able to think properly.

"And after a couple of minutes when the fire services came and said you have to evacuate, this guy started running and shouting, 'My kids, my kids, my kids are upstairs' and then he went … and tried to go inside the house."

After about 30 minutes, the firefighters brought the father outside to the road.

"He was very desperate, in panic and his back was burned, his face was black with smoke and ash and the emergency services took him into an ambulance."

He said the townhouse is now partially destroyed. "Everything is charred, the front yard, all the things are burned."

Hanish said they seemed like a happy family. His housemate used to see Ms Okano taking her three girls out in the morning.

"They were lovely kids, always jumping, dancing, doing something funny on the stairs," said Hanish. "My housemate is so traumatised, he doesn't want to open the blinds because every morning he would see this couple and the kids going past." 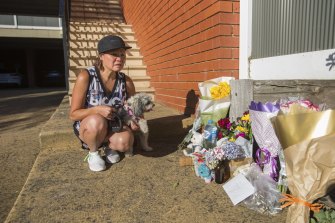 Neighbour and friend Kelly Vu at a tribute to Kaoru Okano and her three young daughters.Credit:Paul Jeffers

Ms Okanu's friend Kelly Vu visited the scene on Monday morning. Ms Vu got to know Ms Okano and the three girls as they rode their bikes past her home daily on their way to the lake during lockdown.

She said they were a "beautiful family, beautiful children" and that Ms Okano was "a lovely mother that looked after the three girls very well".

"Now and then I would invite them inside and make lunch for them, make cookies and let them play around my backyard," she said. "The older one loved the garden and I gave her mother some plants."

"We would just talk a lot, [Ms Okano] talked about the business with her husband, her husband had two sushi shops … they managed to keep her at home to be a full-time mother." 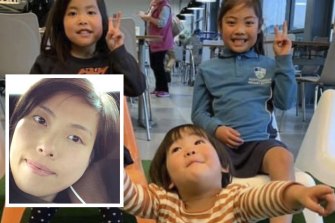 Kaoru Okano and her three young daughters were killed in a house fire in Glen Waverley.

"She was a lovely lady. Very soft, very pleasant, we were able to talk a lot."

Ms Okano spoke to her girls in Japanese, Ms Vu said, and doted on them constantly.

"They were a happy family, very very happy family. It was too early for them to leave this world. They had a lot to offer this world, those beautiful children. I haven't slept, I haven't eaten," she said.

"I look out the window on my balcony and say, 'I can't hear the girls' voices anymore. I can't see their bicycle riding anymore." 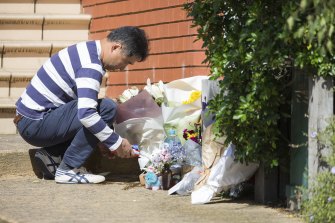 A mourner from the Japanese community leaves flowers at a tribute to Kaoru Okano and her three daughters.Credit:Paul Jeffers

More than 30 firefighters arrived on scene within six minutes and found the garage on the ground level of the house "well alight and the attached residence heavily smoke-logged".

There was a lot of damage in the garage area, and the house has been engulfed in smoke, he said.

"We are appealing to the public. If anyone saw anything of any nature that may be noteworthy for police, please contact Crime Stoppers."

Anyone with information is urged to contact Crime Stoppers on 1800 333 000 or make a report at www.crimestoppersvic.com.au.

At the end of each day, we’ll send you the most important breaking news headlines, evening entertainment ideas and a long read to enjoy.  Sign up here. 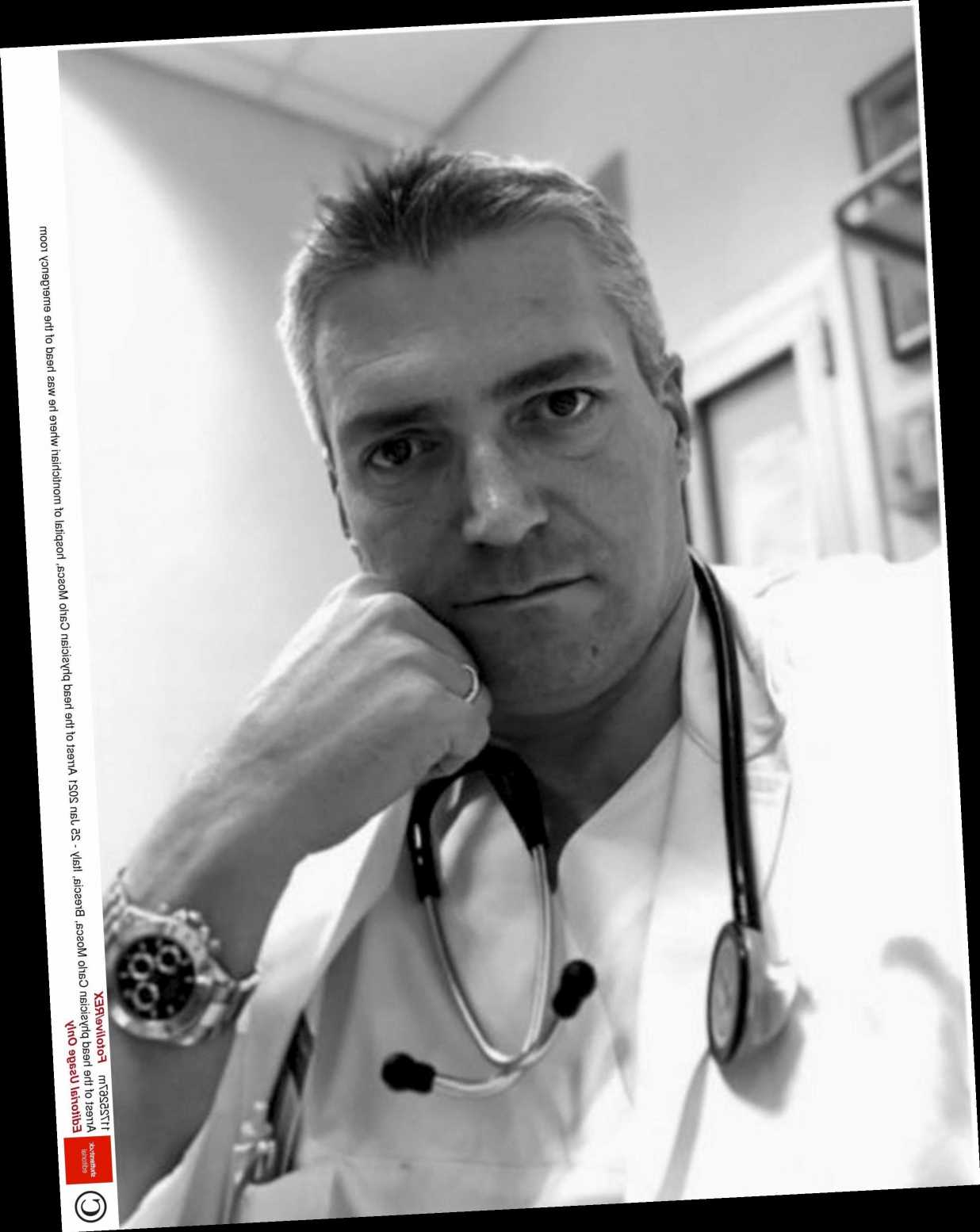 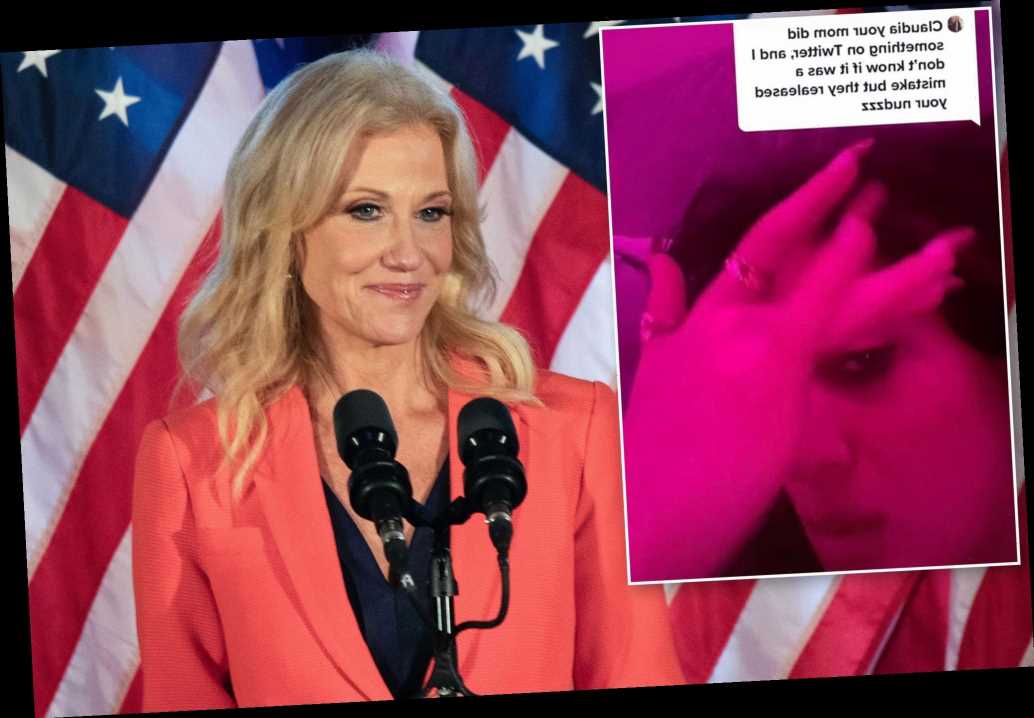 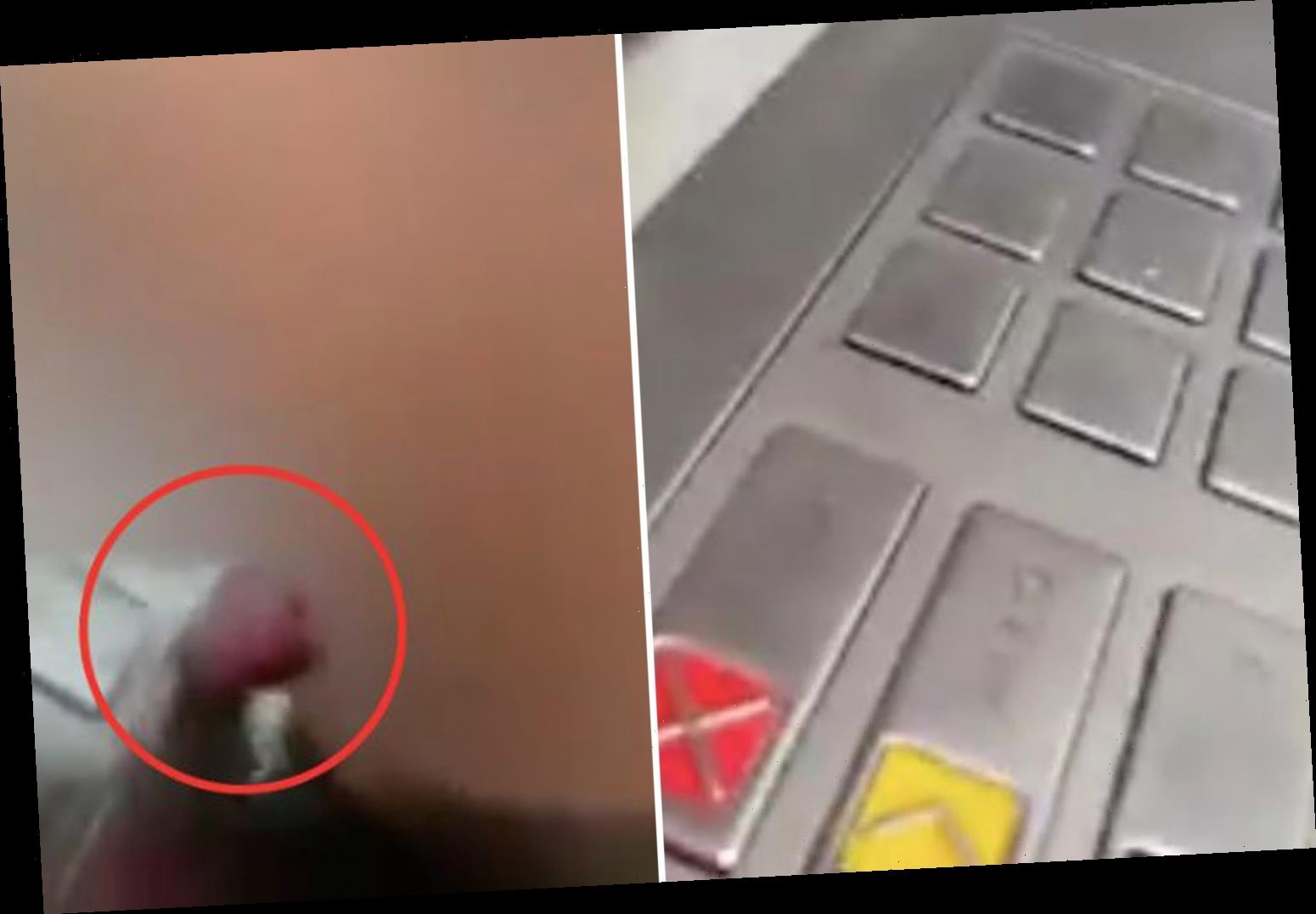 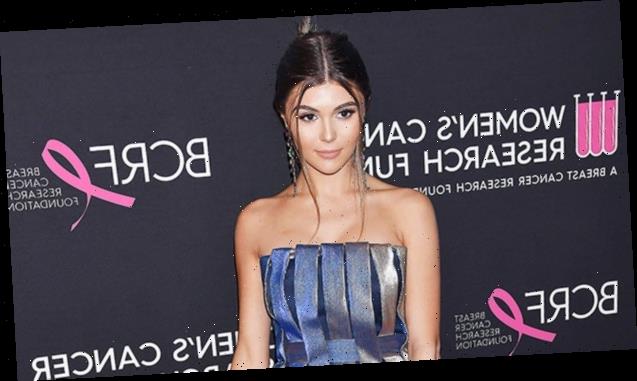 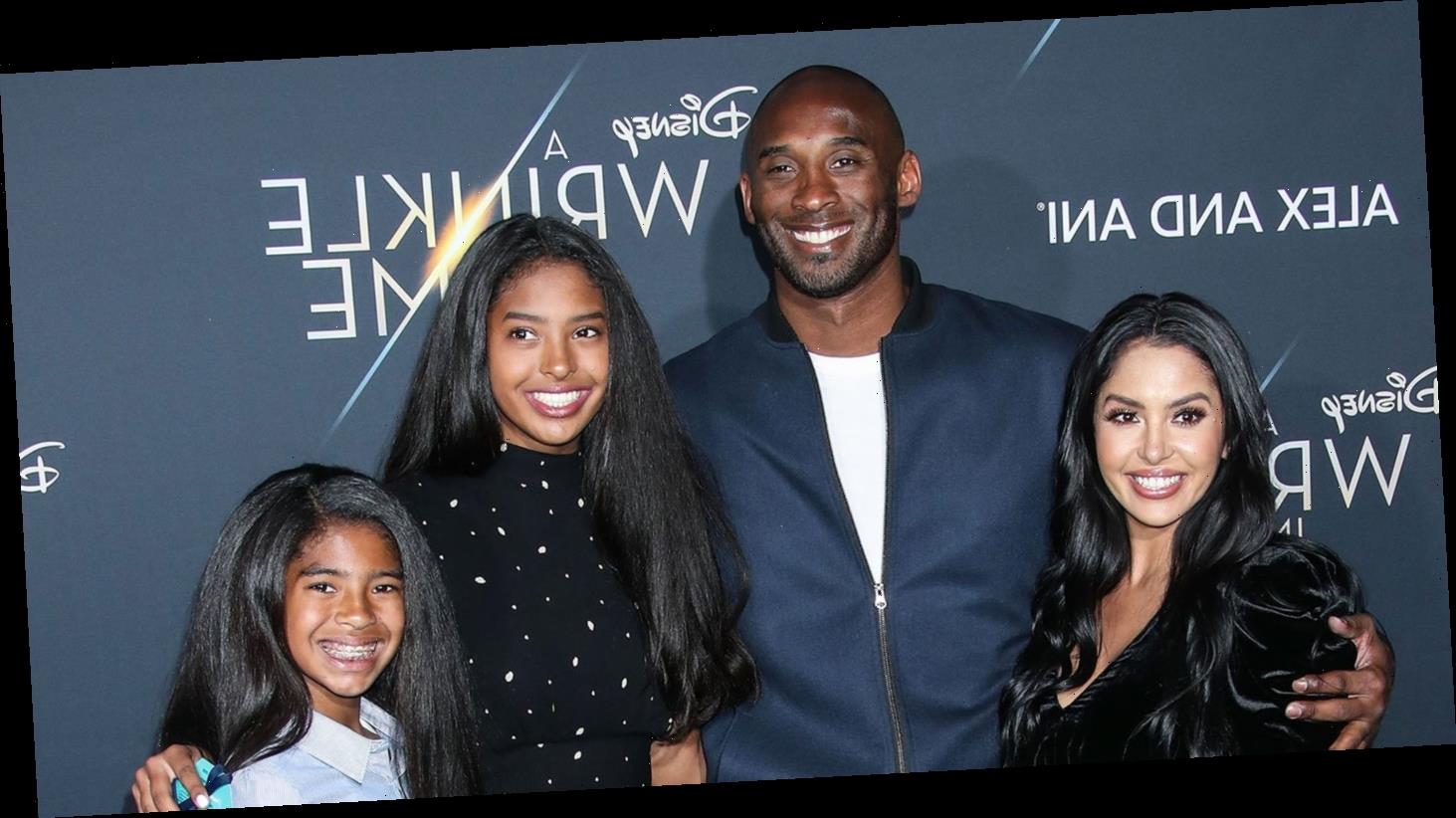