Will airport arrivals face a seven-hour wait? Fears of border chaos this summer if ministers fail to reopen e-passport gates as lockdown eases

Holidaymakers face border chaos at airports and ports if ministers fail to reopen electronic passport gates by summer, it is feared.

Transport Secretary Grant Shapps vowed on Friday to fully digitise the ‘passenger locator forms’ which travellers must fill in before boarding UK-bound planes, trains and ships. It would mean returning holidaymakers being able to use their passports at e-gates, rather than waiting to be manually checked by border guards. 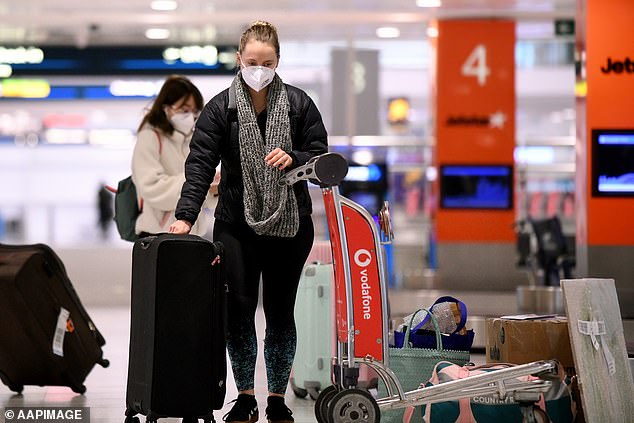 Around 20,000 travellers are still arriving in Britain every day, with passengers complaining of seven-hour waits at Heathrow last month.

Currently, Border Force guards check each arrival manually to ensure they have filled out a passenger locator from, have a certificate proving they tested negative for Covid within 72 hours and booked either a hotel quarantine or testing package depending on where they have travelled from.

But continuing to check everyone manually could lead to chaos as holidays resume and traveller numbers rise.

Lucy Moreton, of the Immigration Services Union, said: ‘If they don’t digitise the e-gates and they still require us to do 100 per cent checks, then yes the queues could potentially at busy times become even worse than they are now… Six or seven hours is not impossible.’

Tim Alderslade, of Airlines UK, added: ‘Manual checks are time-consuming and will become increasingly challenging as passenger numbers increase, as we hope they will. This is why a fully digitalised passenger locator form is the way to go.’

Government sources confirmed the rule which exempts young children from needing a Covid test will continue under the new system, meaning families going abroad will not have to pay for those under 11.