First time festival goer sues organisers after his £250 VIP upgrade that promised a boutique bar, private DJs, entertainment and a seated lounge turned out to be ‘little more than a clean toilet’

A first-time festival goer is suing the event’s organisers claiming his luxury VIP package turned out to be little more than a flushing toilet.

Geoff Cutler and his wife, Sue, aged 59 and 60, paid a total of £470 to attend the Rewind Festival in July this year.

They paid £250 extra for the upgrade which they claim promised a boutique bar and dining area, private DJs, entertainment, a seated lounge area with table service and private views of the main stage. 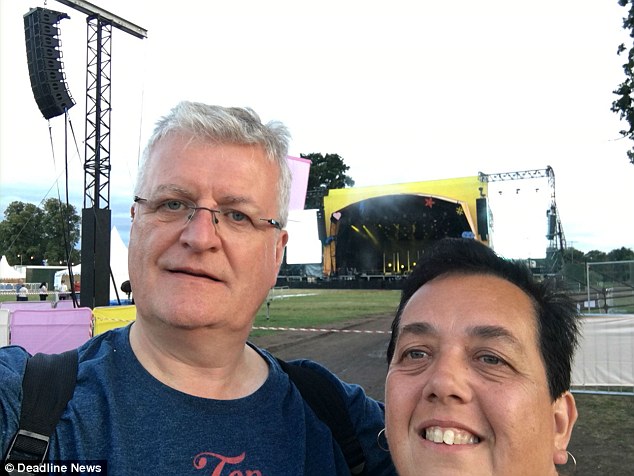 Geoff and Sue Cutler, aged 59 and 60, were attending their first festival this year. They chose Rewind Festival in Perthshire. As Mrs Cutler has mobility issues they decided to opt for the VIP package but they didn’t quite get what they were hoping for 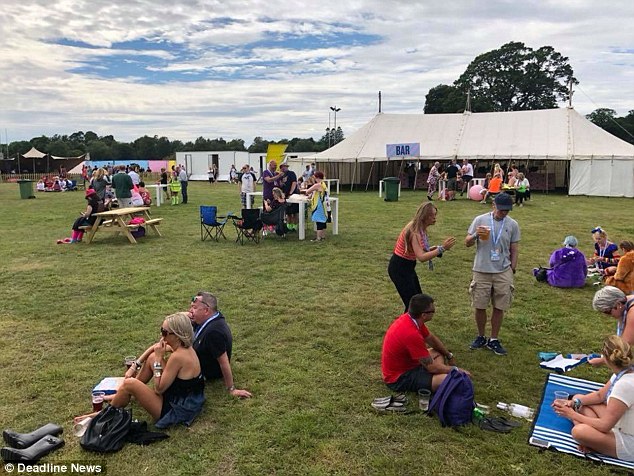 The couple were promised a boutique bar (pictured) and dining, private DJs, entertainment, seated lounge area with table service and private views of the main stage 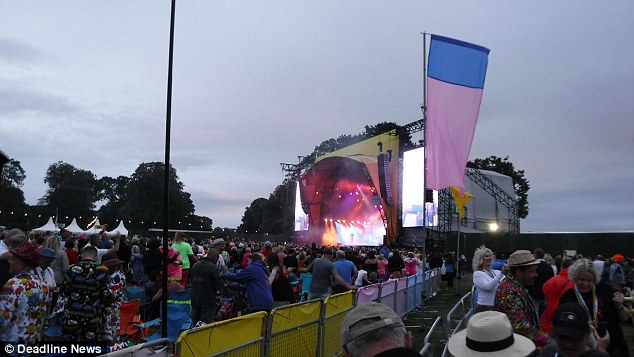 Their private views of the main stage (pictured) left little to be desired as the couple struggled to get a good view of the bands – which included Status Quo, Bonnie Tyler, the Boomtown Rats, and UB40

But Mr Cutler, from Portlethen in Aberdeenshire, claims that he actually got little more than a toilet that flushed and was cleaned regularly, a free festival programme and a dedicated VIP area and entrance lane.

He paid extra for the event at Scone Palace, Perthshire, because his wife has mobility issues and it was their first ever festival. Headliners included Status Quo, Bonnie Tyler, the Boomtown Rats, and UB40.

The company director claims his request for a refund was turned down and is now pursuing the organisers through the small claims court.

In the court document setting out the claims against Rewind, Mr Cutler states: ‘The VIP package was advertised at an additional cost of £125 per person, total cost of two tickets £250. 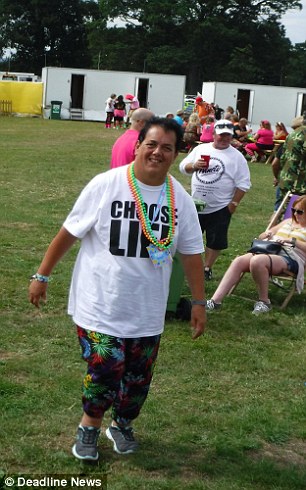 Sue Cutler, who opted for the VIP package due to her mobility issues, is seen here next to the VIP flushing toilets. The Cutlers claim this was the main thing they got for their money

‘Total cost including general admission tickets and booking fees £470. As we were first time festival goers we (me and my wife) were really looking forward to it.

‘When we attended the festival we experienced the following issues with the VIP area:

‘No Boutique bar, no Boutique dining, no Private DJs, no Entertainment, no Seated lounge area, no Table service, and no Private views of main stage.

‘This equates to 64 per cent of the advertised services, with only the following being provided a dedicated VIP entrance lane, exclusive VIP area, upgraded toilet facilities and a free festival programme.’

Speaking today he said: ‘I’m just really disappointed. I was really looking forward to it as the music selection was good.

‘It was a real let down and we aren’t going to go next year as we haven’t been refunded.

‘My friend told us it was really good last year as they had all these comfy seats and it was well-organised.’

Referring to the small claims court fee, he added; ‘I paid my £19 and I am going to represent myself at the hearing.

A Facebook Page called ‘Rewind Festival 2018 Rip-off’ has been set-up by disgruntled festival revellers with the aim to work together to get a refund.

Angela Brodie posted into the group offered help to those affected by the Rewind VIP problem by notfying members of the group her ‘legal friend’ is now ready to help.

She said: ‘Update to all members. We now have our legal friend ready to contact Rewind.

‘If you would like Lesley to include you in this correspondence please send an email.’ 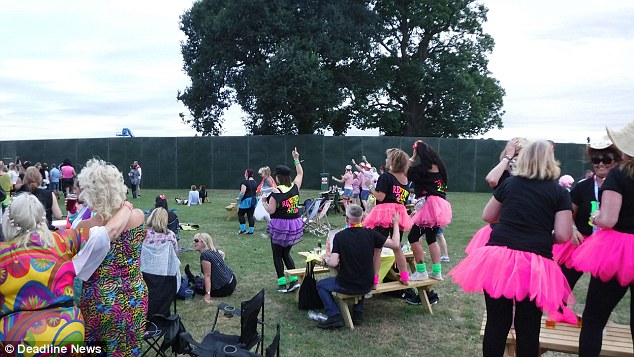 All the Cutlers claim to have got for their extra money was a toilet that flushed and was cleaned regularly, a free festival programme and a dedicated VIP area (pictured) and entrance lane 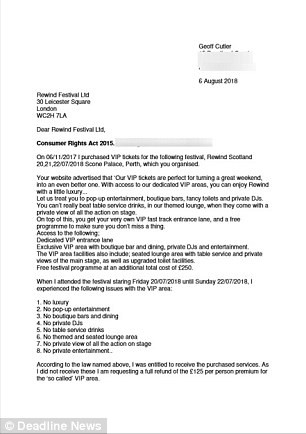 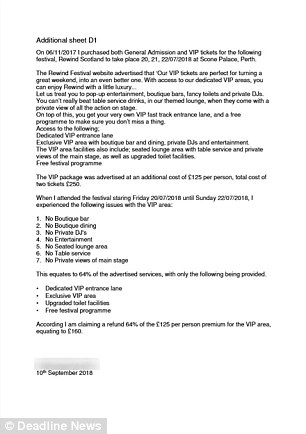 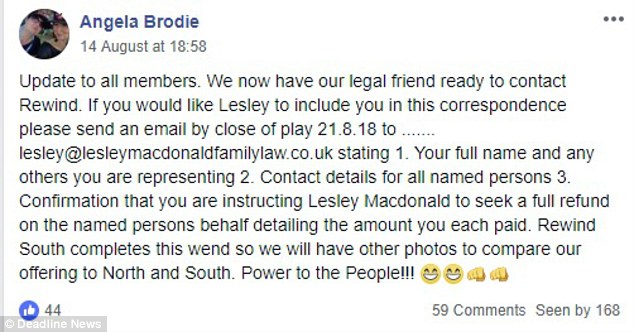 A Facebook Page called ‘Rewind Festival 2018 Rip-off’ has been set-up by disgruntled festival revellers with the aim to work together to get a refund. Angela Brodie claimed earlier this year to have a legal friend who could help those affected

She then added the email address and instructions on how to fill out the email to the the solicitor who would be representing the case.

A insider at Rewind denied the claims, insisting that they did have a boutique bar, which was a ’10m long private bar,’ which sold a variety of drinks from Prosecco and cocktails.

He added that they did offer table service, which was delayed because the festival goers had moved the sitting outside to watch the stage.

And he said they offered woodfired pizzas and an Italian style festival menu direct to the VIP area.

According to the insider, the VIP entertainment included a DJ set that featured Rock Choir, Chrissy Bang Bang and the In Between Brothers.

He added that Rewind have offered as a gesture of goodwill a 25 per cent discount on future VIP bookings for any of the 2018 Rewind Scotland VIP customers.