DOZENS of festival-goers ignored social distancing guidelines to ceam into a small dance tent at a sold-out music festival in Hertfordshire.

The one-day La Fiesta event took place at Colesdale Farm, near Potters Bar, and advertised a series of safety measures including socially-distanced queues and cleaning stations around the site. 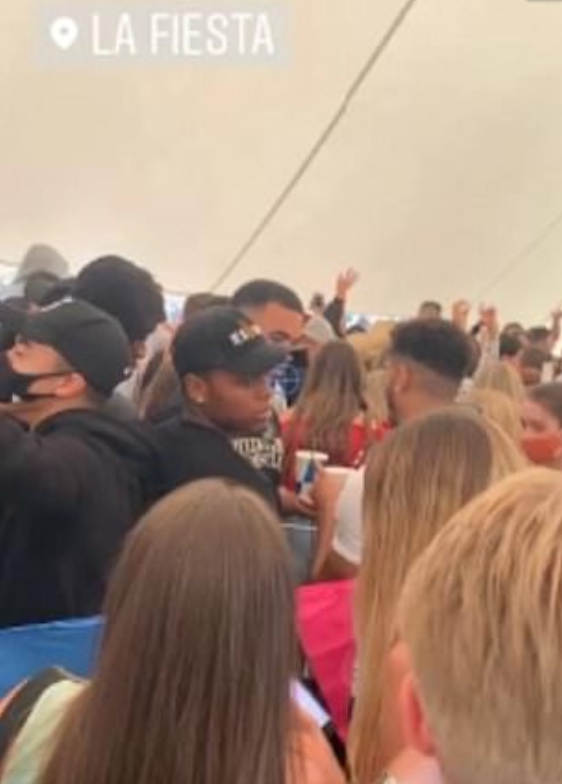 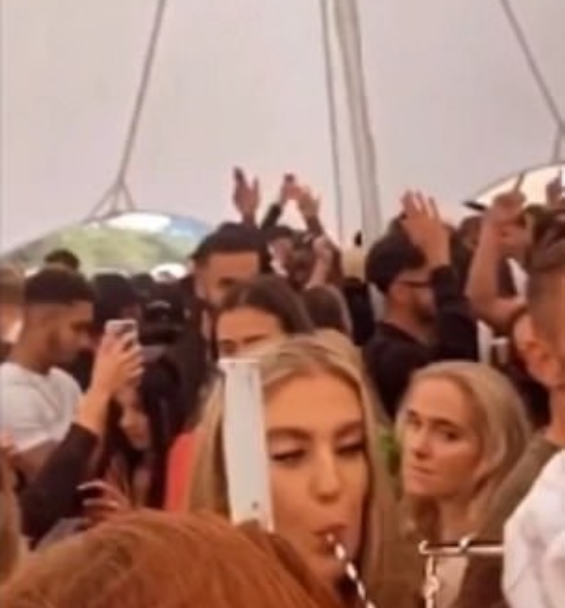 Music lovers were also told social interactions 'should be limited to a group of no more than two households of up to six people from different households.'

But pictures and video shared on social media shows revellers tightly packed inside a dance tent and forced to bursh past eachother to move around.

The Government's current social distancing guidelines state people should maintain two metres distance from people outside their household where possible to help stop the spread of coronavirus.

Another sold-out event is due to take place at the farm on Sunday.

Council bosses had been working alongside festival organisers to make sure the event was Covid secure.

Ahead of the event, Jim McManus, director of public health at Hertfordshire County Council, said: "The public health team – alongside police, fire, Welwyn Hatfield Borough council and the environmental health team – have been working closely with the organisers."

Hertfordshire Police also confirmed it was aware of the event and had worked 'to ensure public safety'.

It comes amid a weekend of chaos as police came under attack busting dozens of illegal raves across the country.

Police in Birmingham alone dealt with more than 70 parties on Saturday night.

The biggest recorded party came in West Yorkshire where officers were pelted with missiles as they busted a gathering in Huddersfield on Saturday night.

And in London, the Metropolitan Police says it has has responded to more than 1,000 illegal events in the capital since the end of June.

Organisers of La Fiesta festival have been contacted for comment. 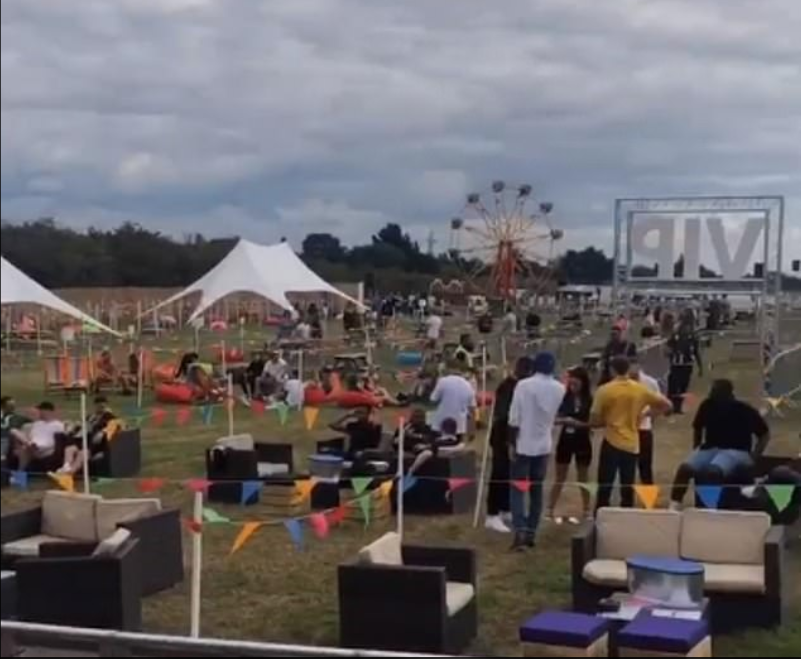 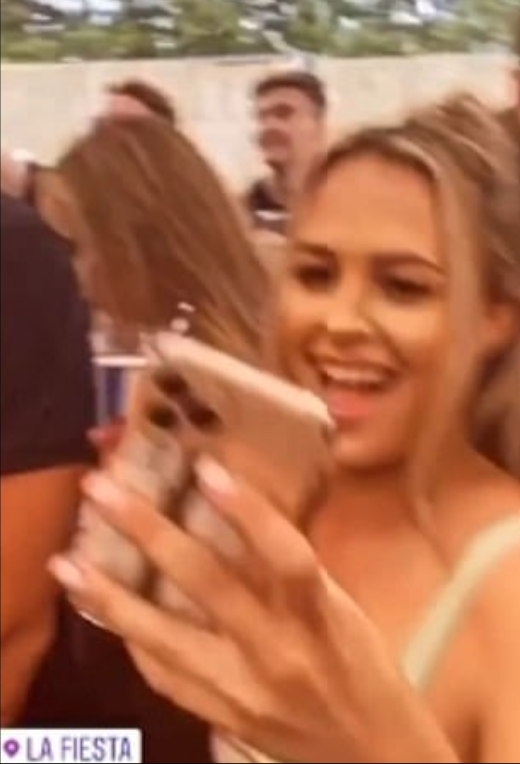 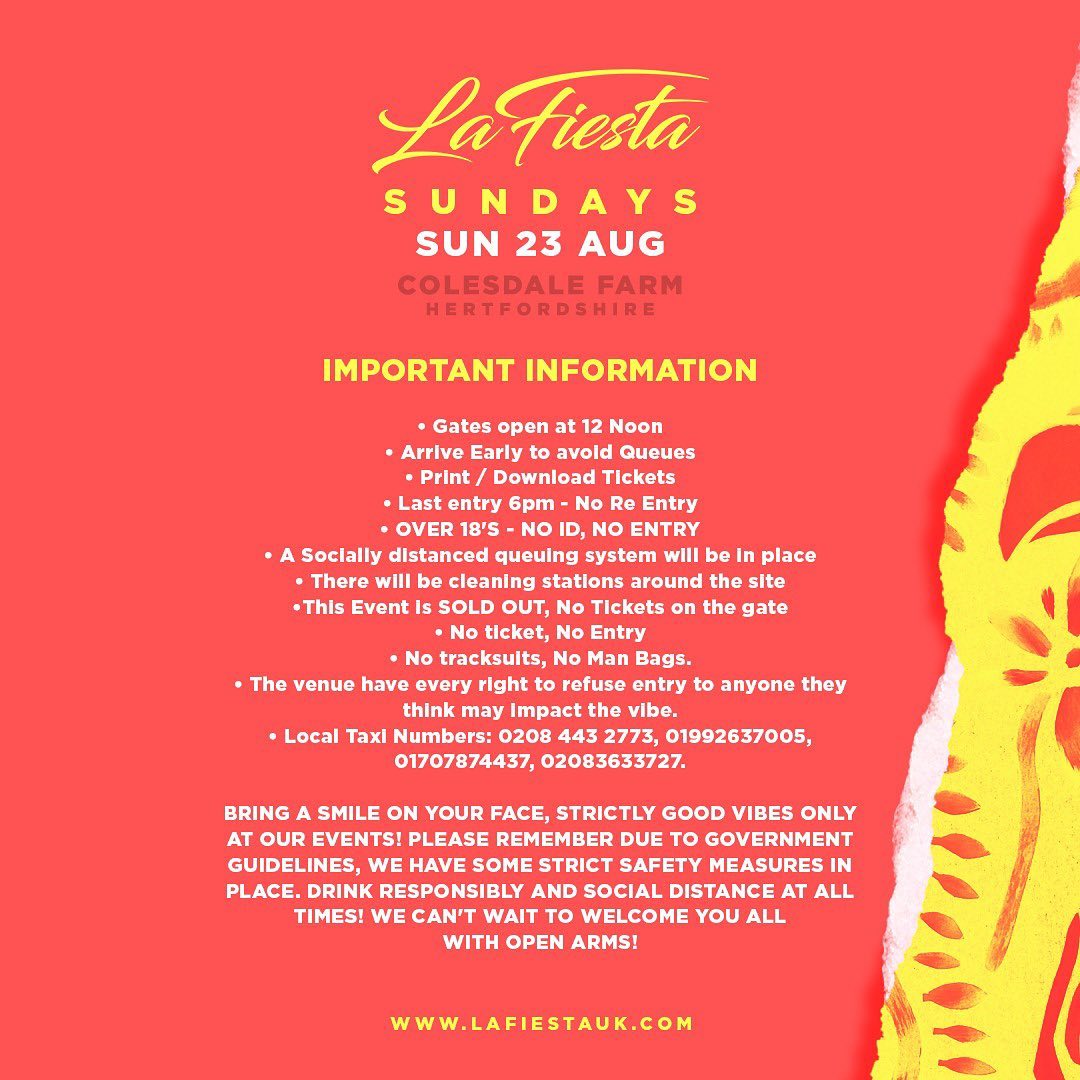