Firefighters swim through raging floodwaters to save a trapped couple

A Chinese couple have been saved after getting stuck in rapid floodwaters for more than four hours.

Courageous firefighters risked their lives as they swam across the raging river to reach the pair.

One of the rescuers was nearly drowned by gushes of mucky currents before they dragged farmer Li Zhongqi and his wife to safety using zip lines. 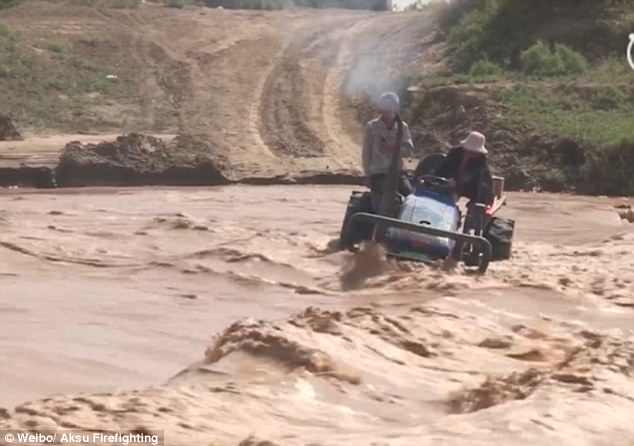 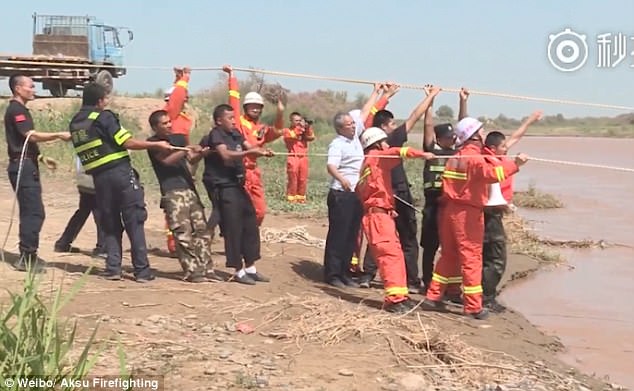 Mr Li and his wife were driving a tractor across Ulungur River to fetch items from home on June 23 in Xinjiang Uyghur Autonomous Region.

Mr Li and his wife called for emergency service at 10am and reported that they were trapped in the 50-metre-wide (164-foot-wide) river.

A team of 12 firefighters were sent to the east bank of the river, at about 15 metres (49 feet) away from the couple.

According to team chief Liu Xiaojun, they tied a rope around a stone and threw it towards the couple, however, the current flushed the rope towards downstream.

Officer Liu said it would take his colleagues three hours to drive to the west bank, so he called for support to the west bank and tried to set up an anchor point for zip line rescue.

Footage emerged on Aksu Firefighters’ official social media account shows Mr Li and his wife standing on top of their tractor in the middle of the floodwaters.

Firefighters had to battle against the water flow as they approached the couple.

One of them dragged Mr Li whilst the other one carried his wife on the back and held along the zip line before they walked back to the bankside.

It took the team over four hours to send the couple to safety. 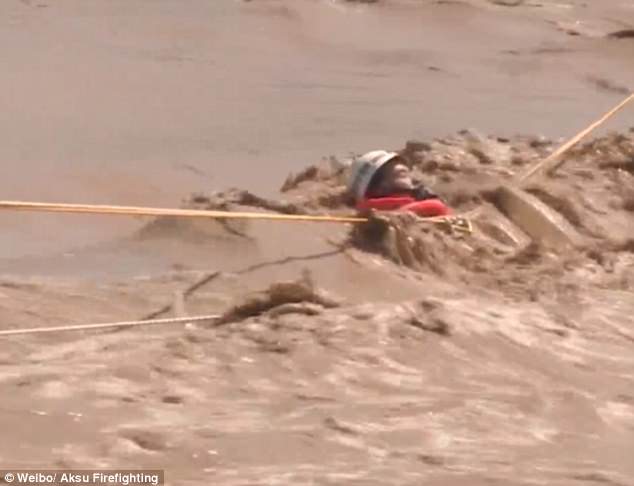 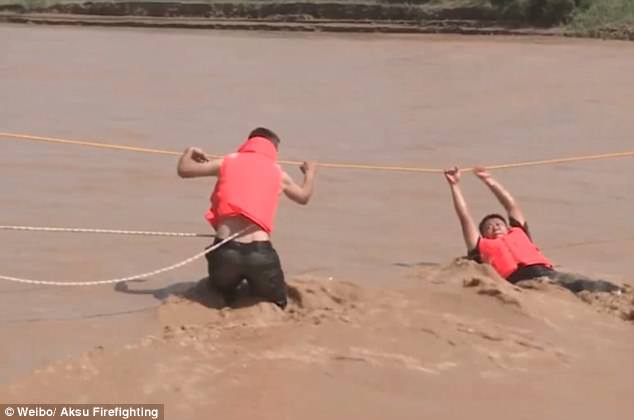 Firefighter Li Yunfei showed signs of drowning after he reportedly tripped over in the waters and lost conscious.

He was sent to a hospital for immediate rescue and is now recovering in stable conditions.

‘I can’t stop crying as I saw firefighters coming back and forth in the waters to save me and my husband. The water constantly gushed them down no matter how hard they held onto zip line,’ Zhang Zongfeng, Mr Li’s wife, told the China Fire Brigade.

‘We didn’t notice it (crossing the river) had become so dangerous, the water flow went a lot faster the further we went,’ explained Mr Li.

The couple did not sustain any injuries. They thanked the firefighters for the enduring effort in saving their lives. 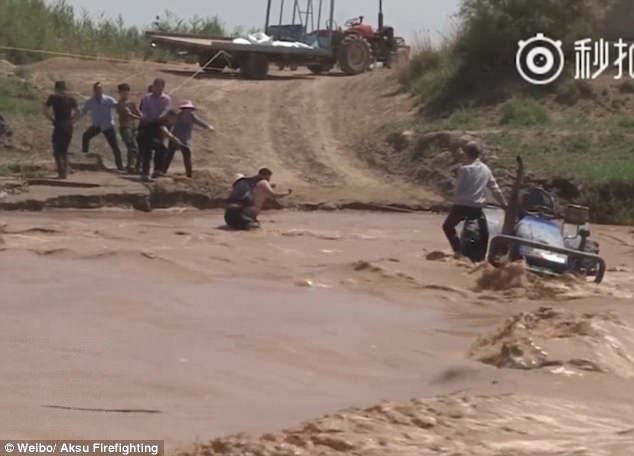 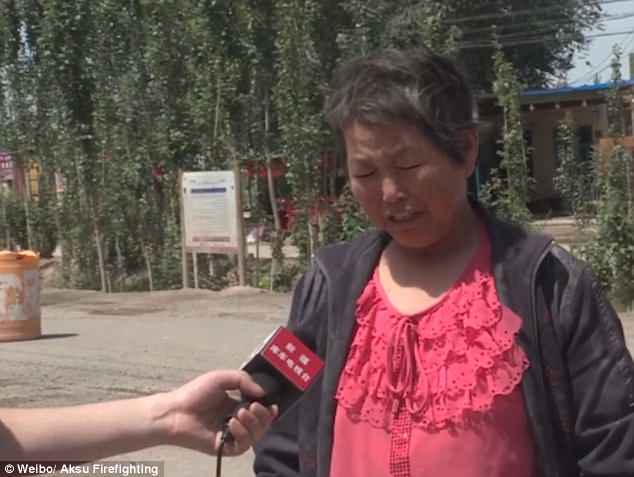