Florida, Georgia in uproar as fallout from midterms continue

Miami: Florida's highest-ranking government officials are increasing the pressure on state police to get involved in the counting of ballots in heavily Democratic South Florida as Governor Rick Scott clings to a narrow lead over Bill Nelson during a statewide recount of their US Senate contest.

The fallout from the US midterm elections comes as Stacey Abrams' Democratic campaign filed a federal lawsuit on Sunday asking a judge to delay vote certifications in Georgia unsettled governor's race by one day and to make officials count any votes that were wrongly rejected. 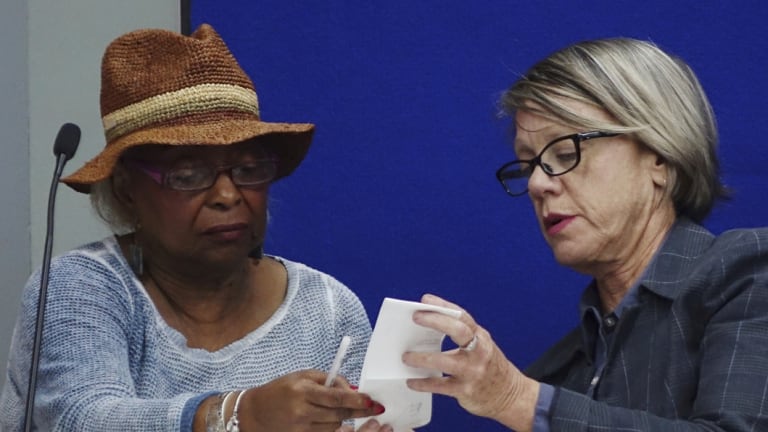 If successful, the suit would prevent officials from certifying county vote totals until Wednesday and could restore at least 1095 votes that weren't counted. The campaign said thousands more ballots could be affected.

Attorneys for Scott's campaign also filed emergency motions on Sunday requesting that embattled elections supervisors in Palm Beach and Broward counties turn over custody of their vote-tabulation machines and ballots to the Florida Department of Law Enforcement and sheriff's deputies during times when votes aren't being counted.

The motions come days after Scott claimed that "unethical liberals" in the two counties were trying to steal his election after late-developing returns narrowed his margins over Nelson and forced him into an ongoing statewide recount.

Also on Sunday, Attorney General Pam Bondi told FDLE Commissioner Rick Swearingen in a letter that she was "deeply troubled" by his agency's decision to decline Scott's news conference request to investigate elections fraud in the two counties and urged him to reconsider.

Scott has presented no evidence to back up his fraud allegations, and the Department of State has said its elections monitors have uncovered no criminal behaviour. But amid a high-stakes battle over each of the 8.3 million votes cast in Tuesday's midterms, Scott's campaign is continuing to lean hard on the elections process in a densely populated area of the state that could make or break his 12,562-vote lead.

"As long as the Supervisor of Elections has unsupervised, unaccountable, and unfettered access to the ballot boxes, she will be able to destroy evidence of any errors, accidents, or unlawful conduct – making it nearly impossible for an aggrieved party to prosecute their claims or discover later what has actually occurred in the electoral process," attorney Jason Zimmerman wrote in the complaint filed against Broward Supervisor or Elections Brenda Snipes.

Democrats, who have accused Scott and Republican attorneys of voter suppression, reacted harshly. Mark Herron, an election lawyer who represented Al Gore in the 2000 presidential recount, called Scott's push to involve state police an "abuse of power." Joe Geller, a Miami state representative and election lawyer called it an "extraordinary" and unwarranted request, although courts in New York recently ordered ballots impounded in a congressional race at the request of Democratic frontrunner Anthony Brindisi.

Scott's campaigns filed the lawsuits – including a third that seeks to invalidate any ballots counted in Broward after Saturday's deadline to submit unofficial results – as elections departments around the state hustled Sunday to try and meet a 3pm Thursday deadline to recount the ballots cast during the state's midterm elections. Recounts were also ordered in contests for governor and commissioner of agriculture due to a state law that requires a machine recount for any statewide election decided by a half of a percentage point or less.

In Georgia, Republican Brian Kemp's campaign didn't have any immediate comment on the Abrams lawsuit, filed over alleged problems in populous Gwinnett and DeKalb counties in metro Atlanta. But Kemp aides previously said Abrams has no path to victory and called her refusal to concede a "disgrace to democracy." 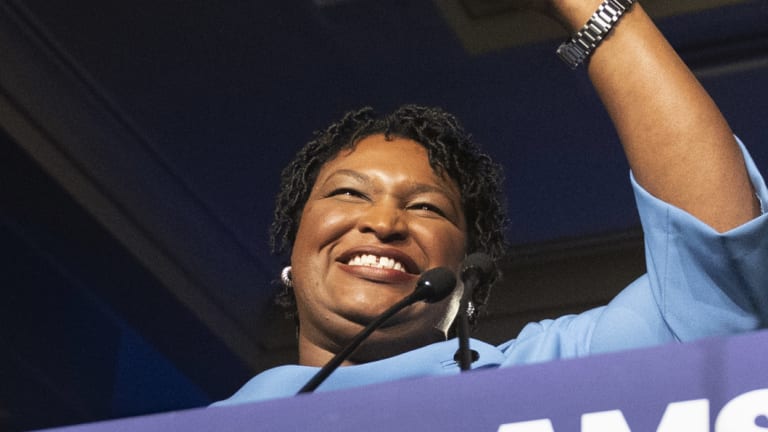 Abrams' campaign manager, Lauren Groh-Wargo, said the state's numbers can't be trusted and that 5000 votes came in Saturday that previously were unknown.

"This race is not over," she said on a conference call with reporters. "It's still too close to call."

Abrams hopes to become the nation's first black woman elected governor, while Kemp is trying to maintain GOP dominance in a diversifying state that could be important in the presidential election in two years.

The campaigns disagree how many votes remain to be counted. But no matter which side is right, it's clear Abrams is trailing and only a limited number of ballots are left to close the gap.

"So her margin in those uncounted votes needs to be really high," Jeffrey Lazarus, who teaches political science at Georgia State University, said Sunday in an interview conducted by email. "To put it simply, she's running out of votes."

Starting on Saturday, Miami-Dade had employees working 24 hours a day to finish the process. Broward and Palm Beach have struggled. Machine troubles delayed the start of Broward's recount operations until late Sunday morning. The Palm Beach Post reported that Palm Beach County Supervisor of Elections Susan Bucher warned this weekend that Thursday's deadline will be "impossible" to meet, presenting the possibility that her unofficial results provided to the state on Saturday will stand.

Interjecting state and local police into the mix could complicate the timeline.

"In suing to seize ballots and impound voting machines, Rick Scott is doing his best to impersonate Latin American dictators who have overthrown Democracies in Venezuela and Cuba," said Florida Democratic Party Executive Director Juan Penalosa in an emailed statement on Sunday evening. "The governor is using his position to consolidate power by cutting at the very core of our democracy."

But missteps by Bucher and Snipes, at the very least, have opened the door to warranted skepticism.

Scott last week won court orders from judges in both counties after he alleged in lawsuits that Bucher was improperly conducting activities involving ballots in private that should have been performed in front of the canvassing board, the body responsible for overseeing the ballot-counting process and ruling on ballots of questionable validity.

Snipes, who has been repeatedly slapped by judges over gaffes in recent years, was ordered by a judge to provide information related to uncounted ballots and issues after she repeatedly declined to provide basic details about her operations to the press or the candidates.

Snipes' staff also managed to mix up 22 invalid provisional ballots with 183 valid ones this week, and included the votes deemed illegitimate by the Broward County canvassing board in her unofficial vote total to the state. In a conference call with reporters, Tim Cerio, an elections attorney representing Scott in South Florida, noted that the only reasons the problematic ballots were discovered in the first place is because attorneys observing the canvassing board demanded that Snipes present the ballots to the board.

"We're going to stand up to those who would violate the law and particularly those with a rampant history of voter fraud," said U.S. Sen. Cory Gardner, chairman of the Republican Senate campaign committee.

The recounted vote tallies in South Florida could prove crucial in the ongoing recounts. Once recounted vote tallies are submitted to the state on Thursday, any races still within one quarter of 1 per cent will be subject to an automatic hand recount, during which so-called "under-votes" and "over-votes" – ballots in which voters chose too few or too many candidates – will be reviewed ballot by ballot by canvassing boards.

While former Congressman Ron DeSantis is far enough ahead of Tallahassee Mayor Andrew Gillum that a hand recount is unlikely to occur in the race for governor, Scott and Nelson are expecting to continue fighting on into the weekend. Hand recount tallies would be due by November 18. And South Florida, a heavily Democratic region of the state, contains more than 35,000 ballots that are considered under-votes in the Senate race. Nelson's campaign is also fighting to include ballots rejected over signature mismatches in voting totals.

With so much attention paid to Broward County, protesters have been virtually camped outside Snipes' Lauderhill office for three days. An angry crowd shouted down Florida Sen. Perry Thurston and Florida Democratic Party attorney Mitchell Berger when they appeared in a make-shift "free speech zone" designated in the parking lot outside to address the media Sunday afternoon.

"Everyone wants these votes counted," Berger said, arguing that hundreds of mail-in ballots were caught up in an Opa-locka mail centre and not counted due to a federal investigation of the Aventura man who sent more than a dozen pipe bombs to Democrats around the state.

Berger said he and a Republican counterpart, lawyer William Scherer representing Scott's senate campaign, both observed the recount process Sunday morning and decided it was all above board. "We both agree there's no fraud going on," he said, to jeers and laughter.

Inside Snipes' headquarters, Eugene Pettis, attorney for Broward's Supervisor of Elections office, said there will be a hearing in front of a judge sometime Monday to discuss the issue of ballot and voting machine custody.