Officials in the port town are demanding more staff and better pay, saying they face a heavier workload after the UK quits due to increased checks. 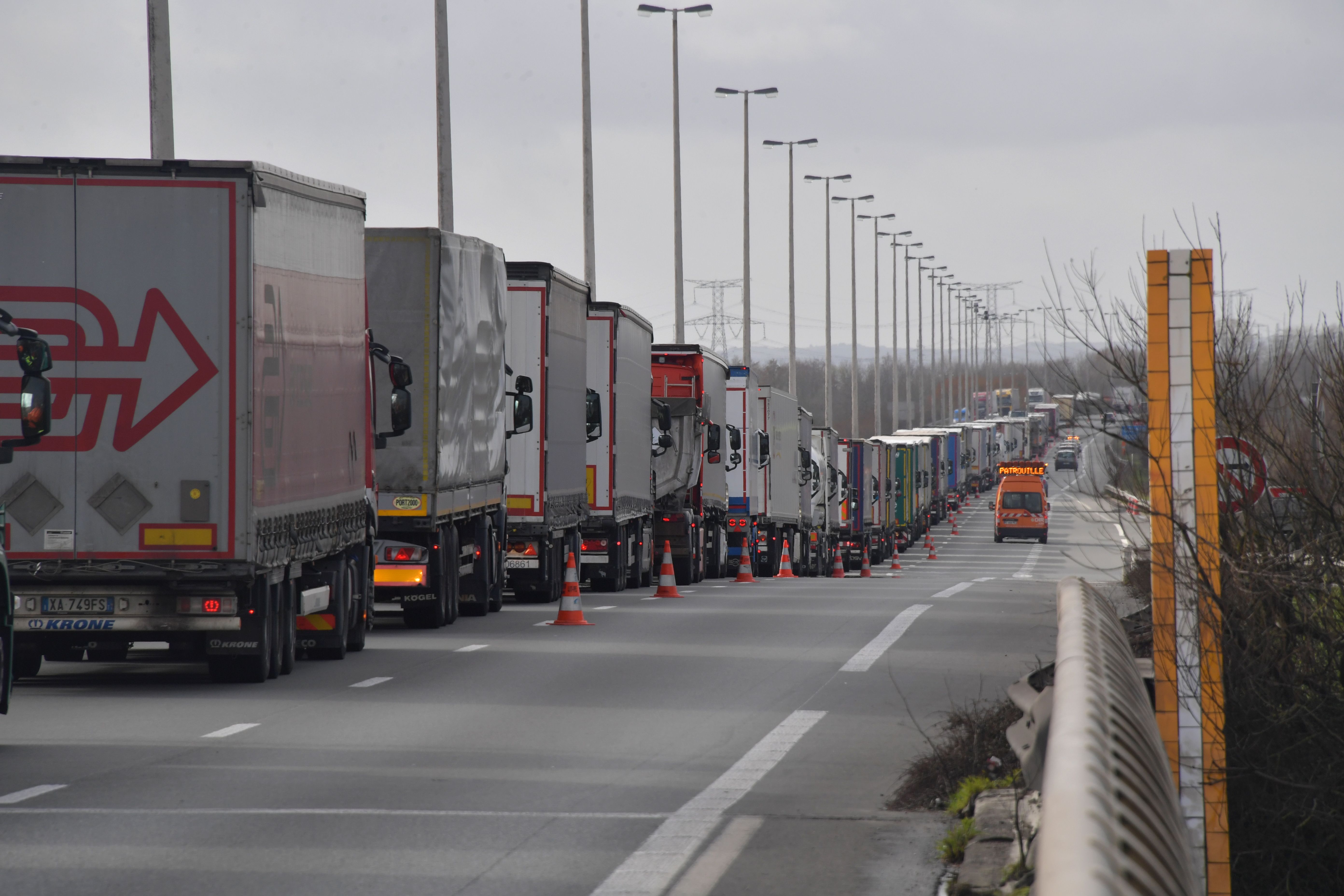 Union bosses warned such tailbacks, which stretched for several miles, would become the norm after Brexit unless Emmanuel Macron pledges more resources.

Staff held a work-to-rule strike, meaning they only carried out the minimum duties required of them by their contracts.

As a result lorries were backed up several miles on the roads leading to the ports of Calais and Dunkirk, which are vital shipping routes to the UK.

Eyewitnesses said traffic jams led to increased attempts by migrants to stow aboard trucks in the hope of sneaking into Britain.

David-Olivier Caron, an official from the CFDT union, warned such scenes could become commonplace after Brexit unless the French government acts.

He warned: “There will be stronger controls. Today you have a demonstration of what is going to happen.”

Mr Caron warned the action was open-ended, meaning customs officers could stay on strike until their demands are met.

Vincent Thomazo, a customs official from the Unsa union, added: “They are asking us for a very, very big effort.

“It’s going to be a big effort to reintroduce a border with very little extra help.”

There are currently around 300 customs officers working in Calais and around a further 60 in nearby Dunkirk.

French authorities have already announced plans recruit an extra 700 to cope with demand, but unions fear that won’t be enough.

On top of greater numbers they are also demanding an increase in oversight pay and a danger allowance for staff.

Xavier Bertrand, the leader of the Calais region, has insisted that “ports and the tunnel will be ready” even if the UK leaves with no deal on March 29.