University of STRIFE! Freshers week carnage as sozzled students hurl punches, collapse on street, get carted off by paramedics or led away by police

Thousands of teenagers will be nursing a hangover this morning from a night of partying after a new wave of students started at university this week.

Some may even be nursing more than a hangover with the alcohol proving too much in some cases with brawls erupting in the early hours with police forced to arrest some party-goers.

Drunken scenes up and down the UK show the students launching themselves into the partying lifestyle as they spent their first weekend away from home as police urge new students to stick together on nights out.

Cities across the UK like Portsmouth and Manchester are bursting with fresh faces as they take to the pubs and clubs for the latest installment of freshers week.

Teenagers were spotted slouched in doorways, sprawled on pavements, canoodling on the street and carrying each other home.

Some unsavoury scenes took place with new students in Manchester brawling in the streets. Pictures also show a young man handcuffed and being led to a police car by officers.

Similar scenes took place during Portsmouth’s official Freshers Moving In Party when a young man and a friend managed to evade police and bouncers after a fight at 1:30 am.

For some freshers it all proved too much, with some students being helped by paramedics and others taking a rest on the pavement next to police. 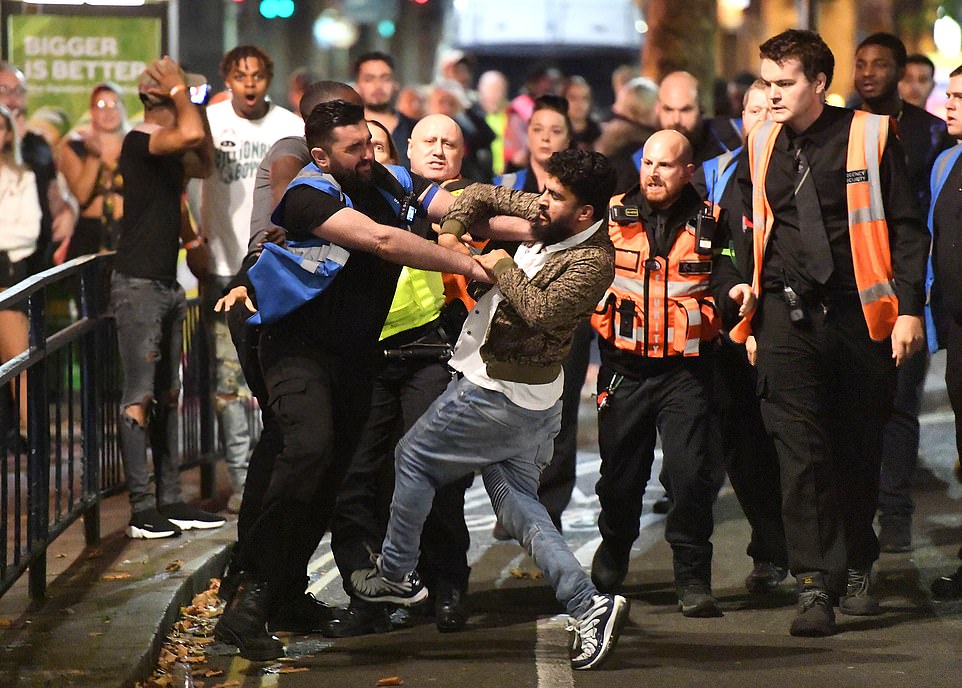 A brawl at 1.30am where two men escaped from the large number of door staff and Police in Guildhall Walk in Portsmouth 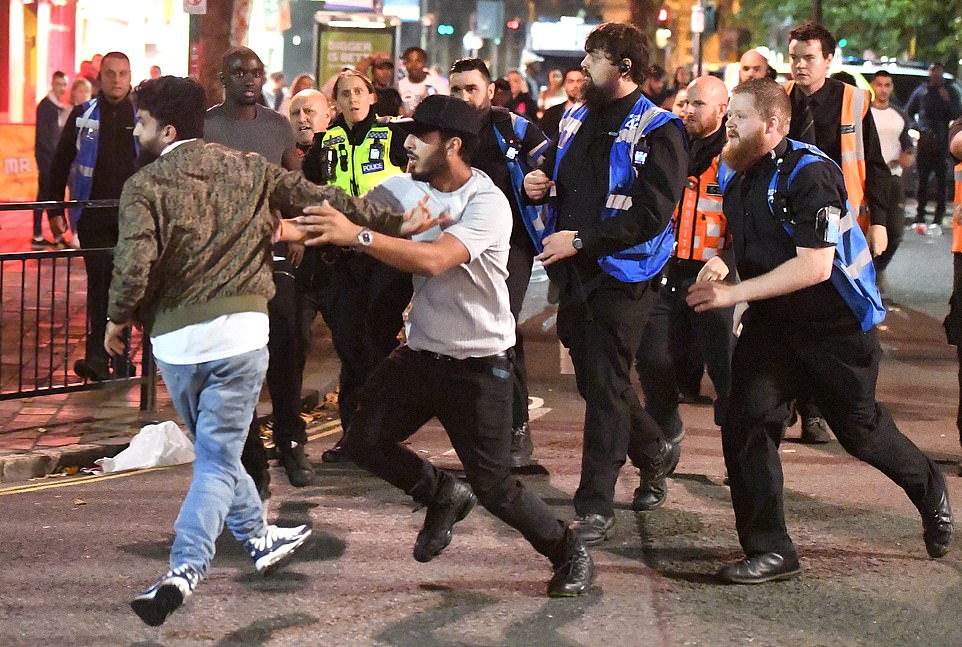 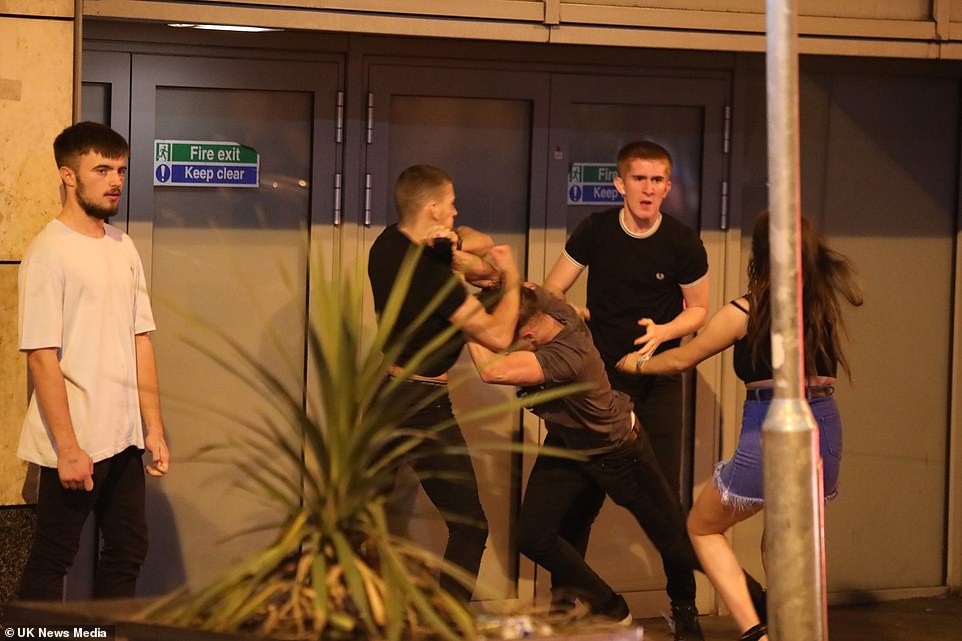 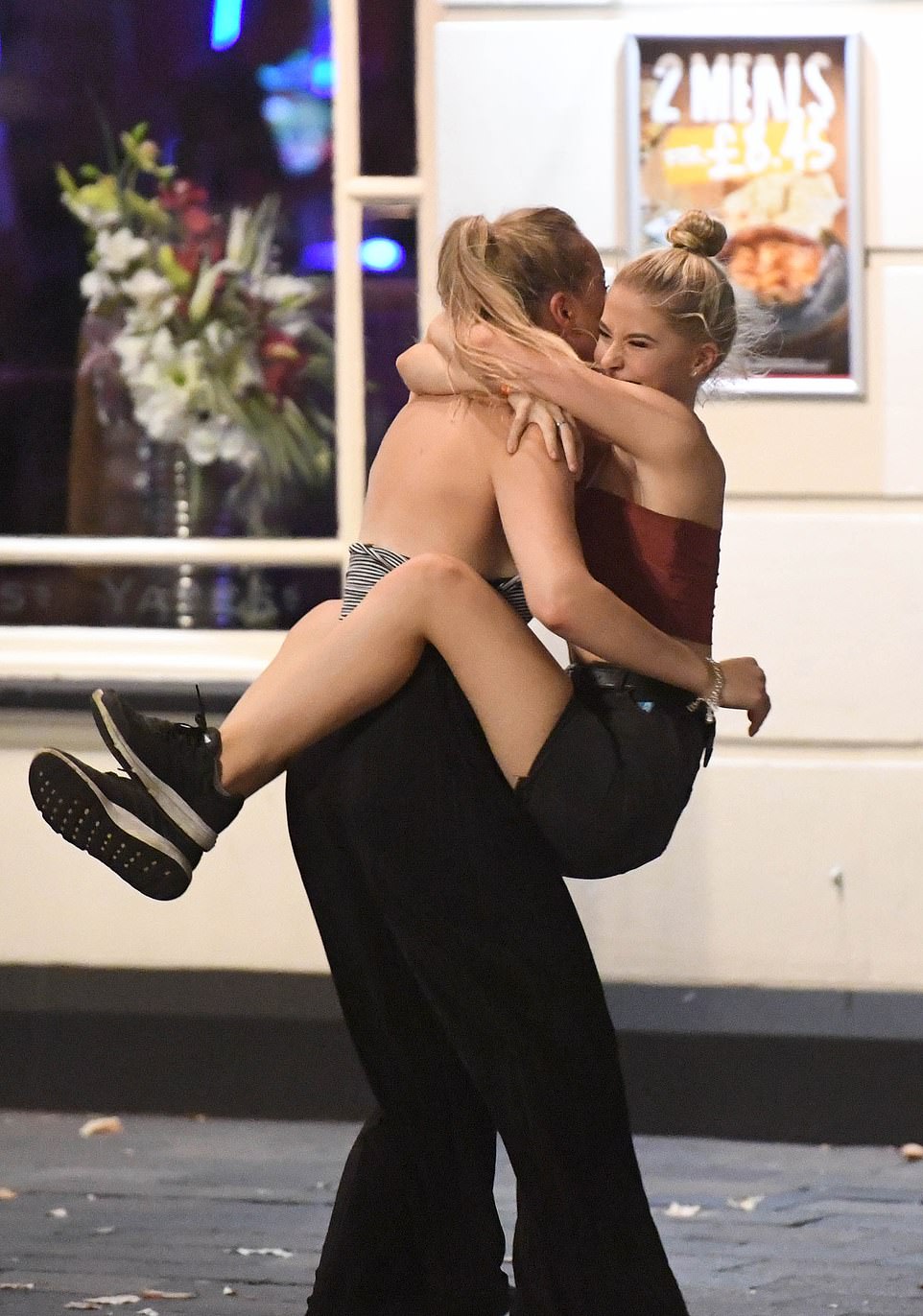 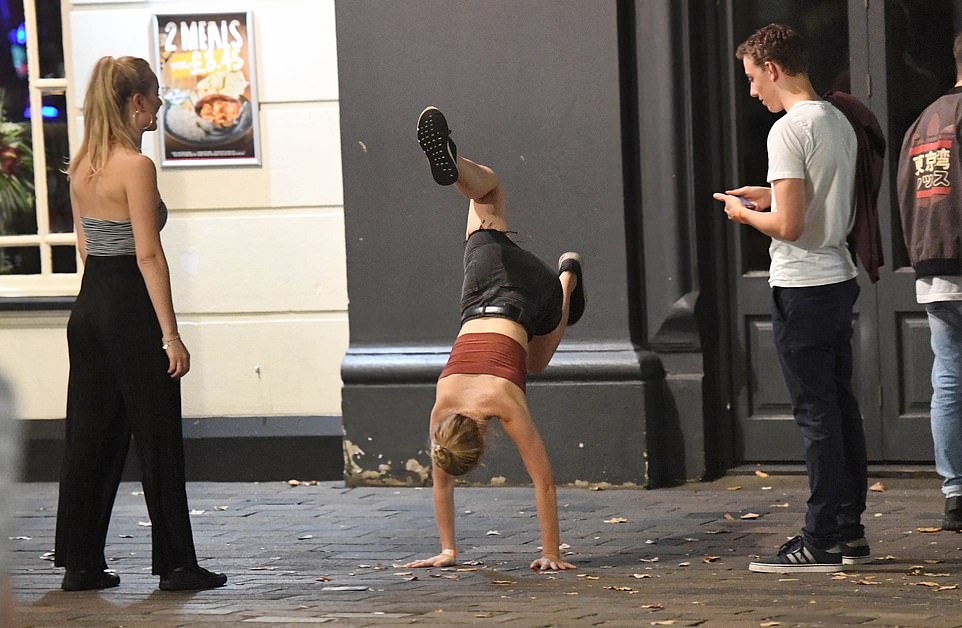 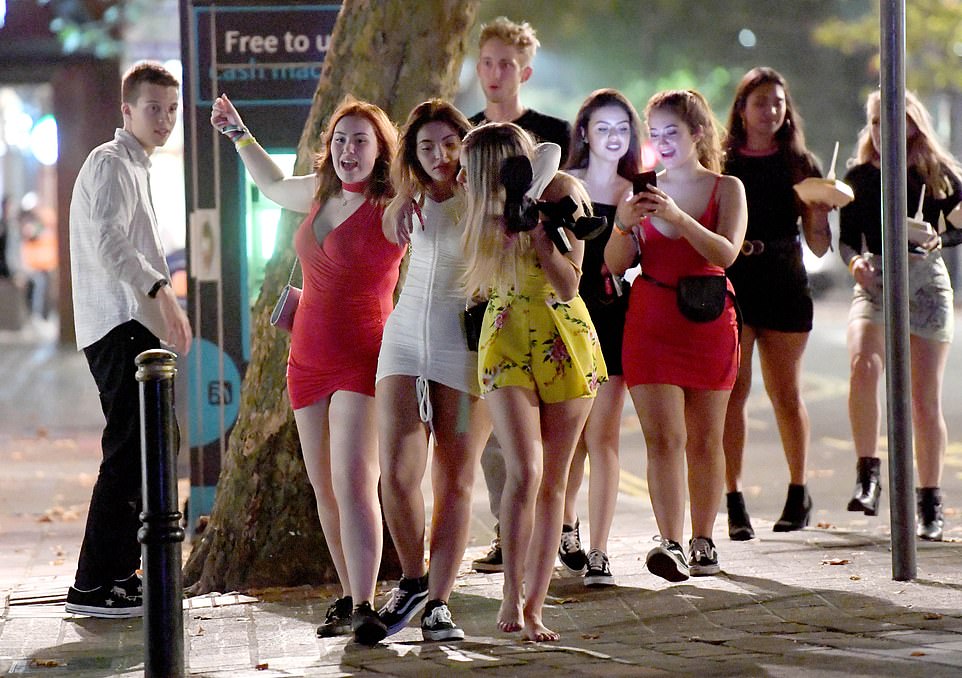 Despite some ugly scenes in Portsmouth and Manchester many, like these Portsmouth students, were able to remain sensible 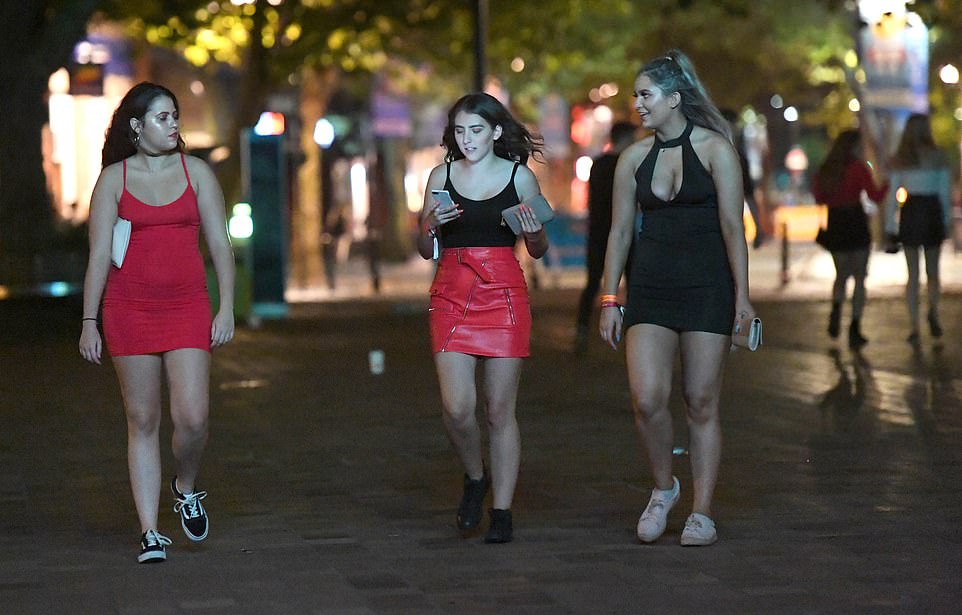 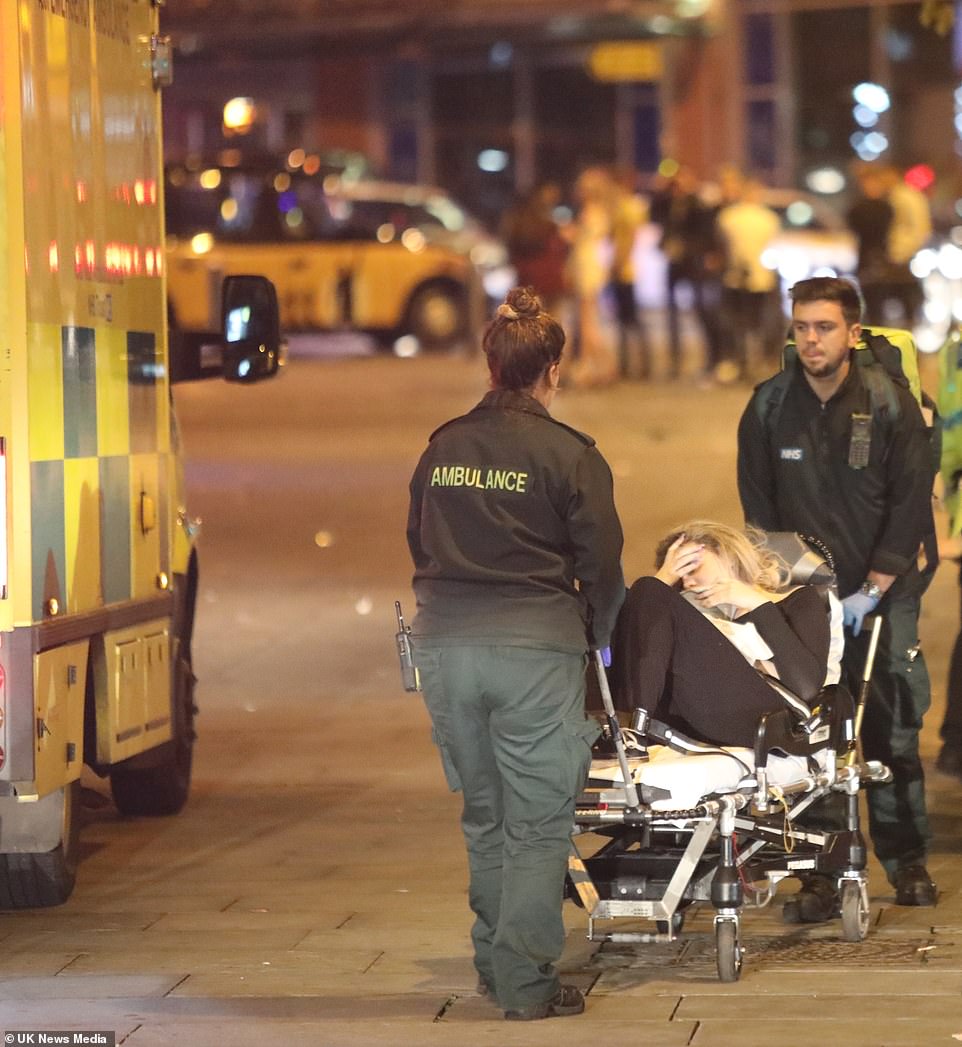 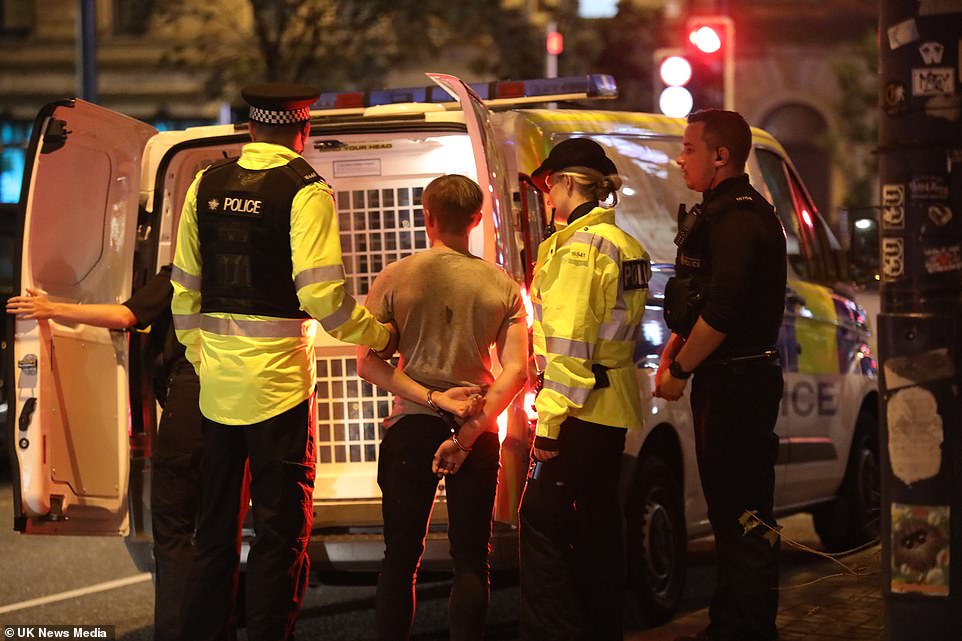 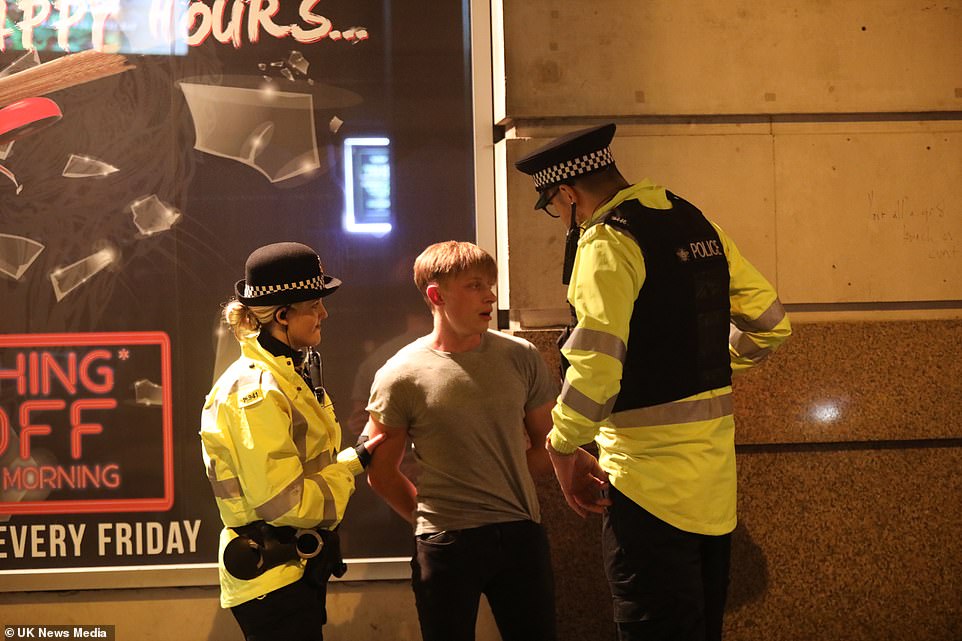 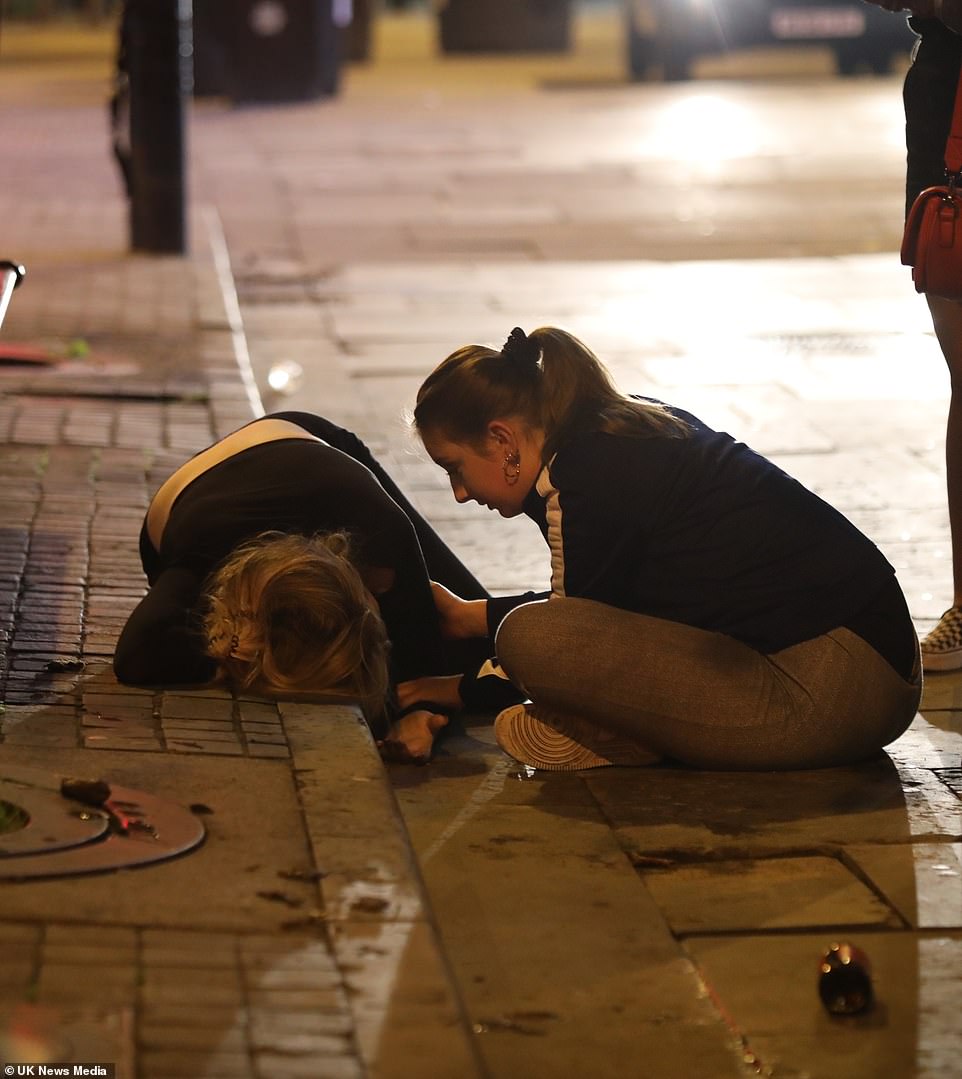 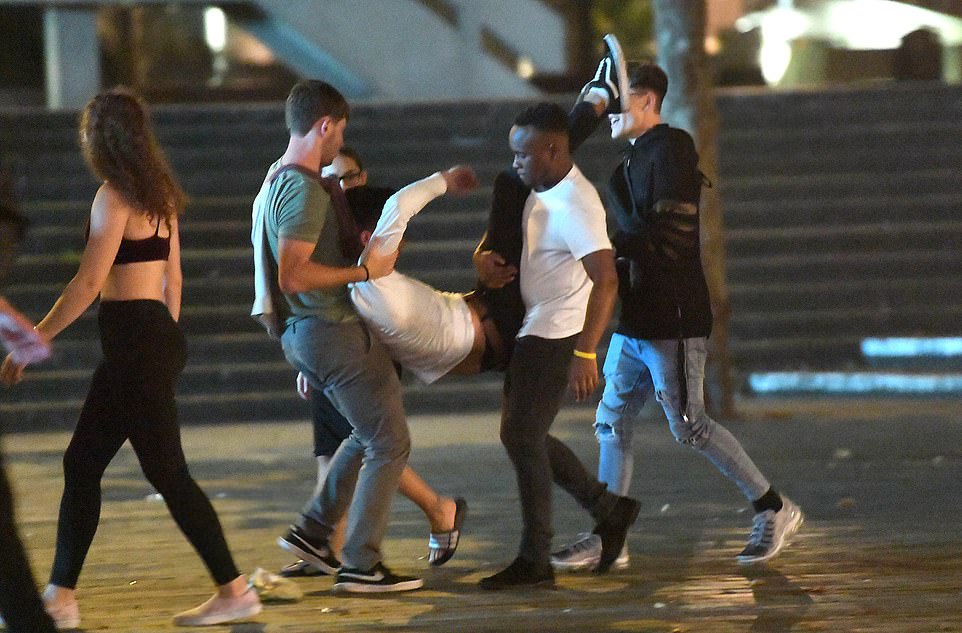 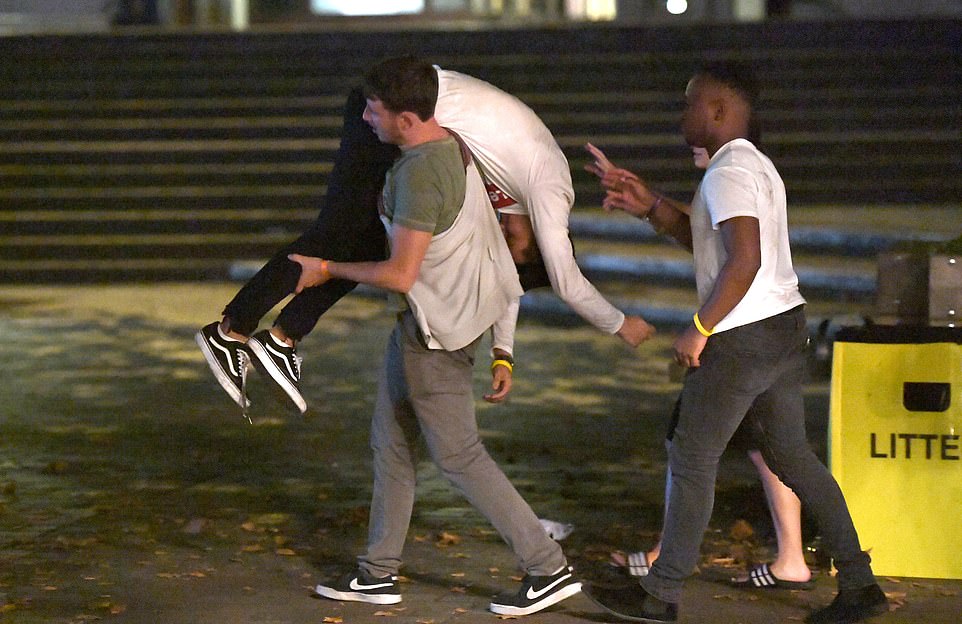 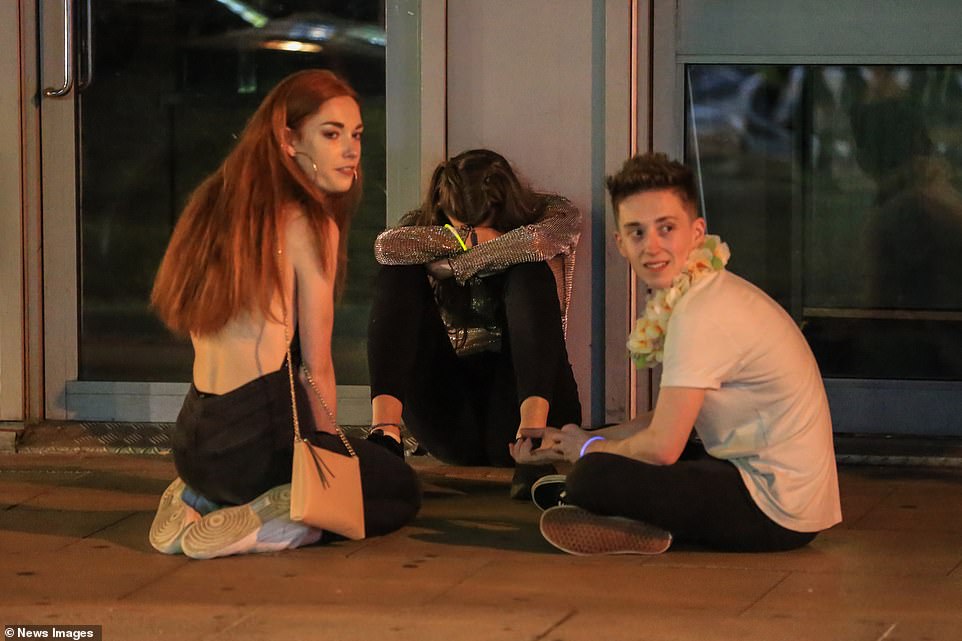 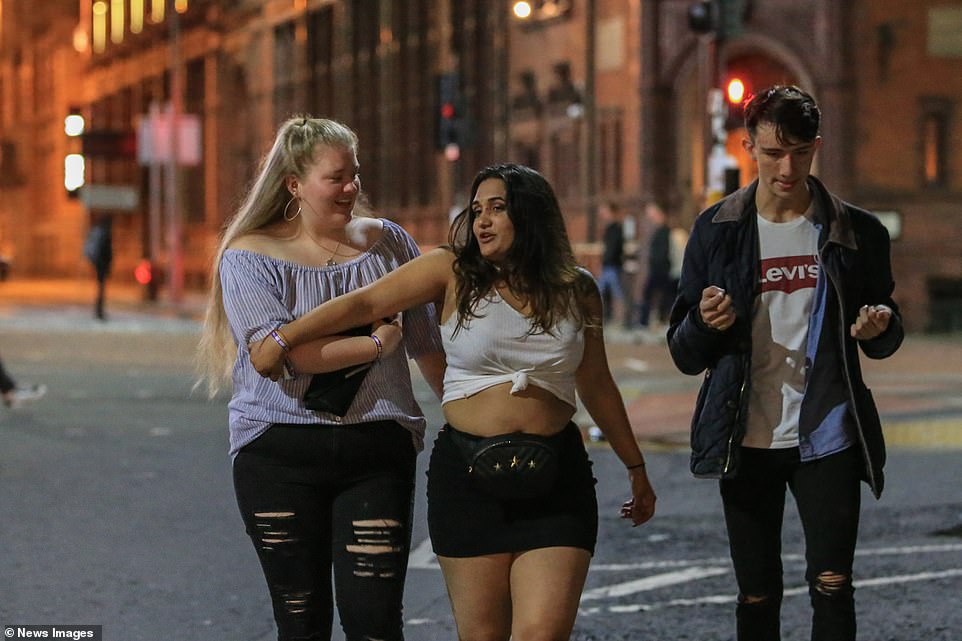 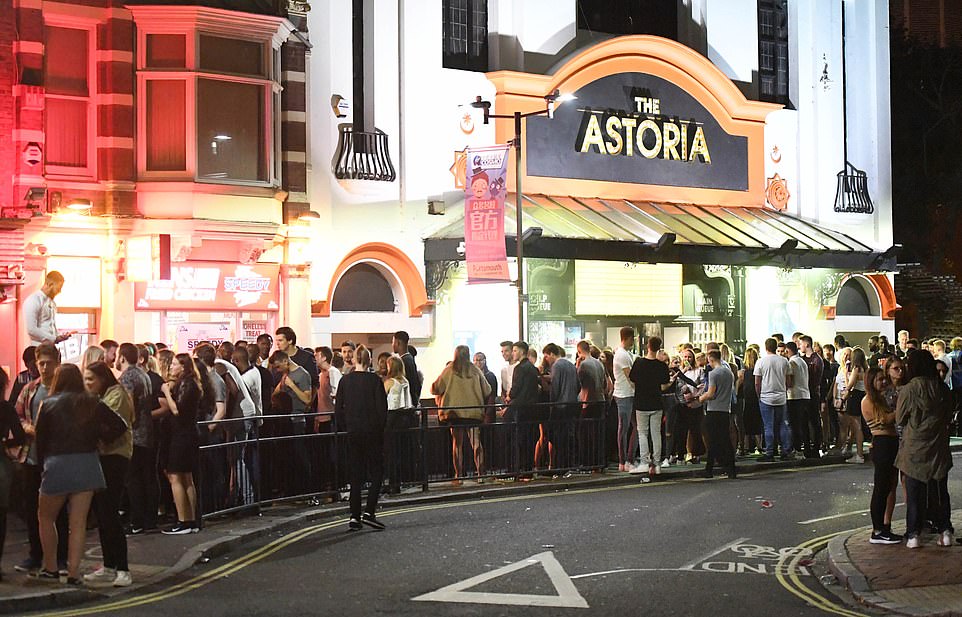 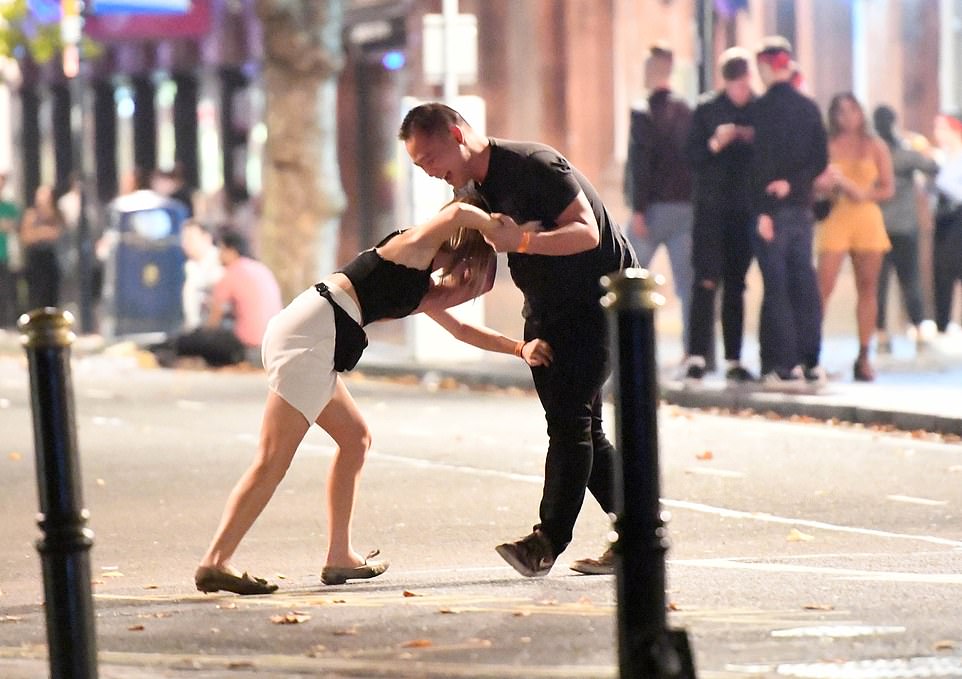 An impromptu wrestling match breaks out between two students in Portsmouth, but it was all in good spirits as they laughed 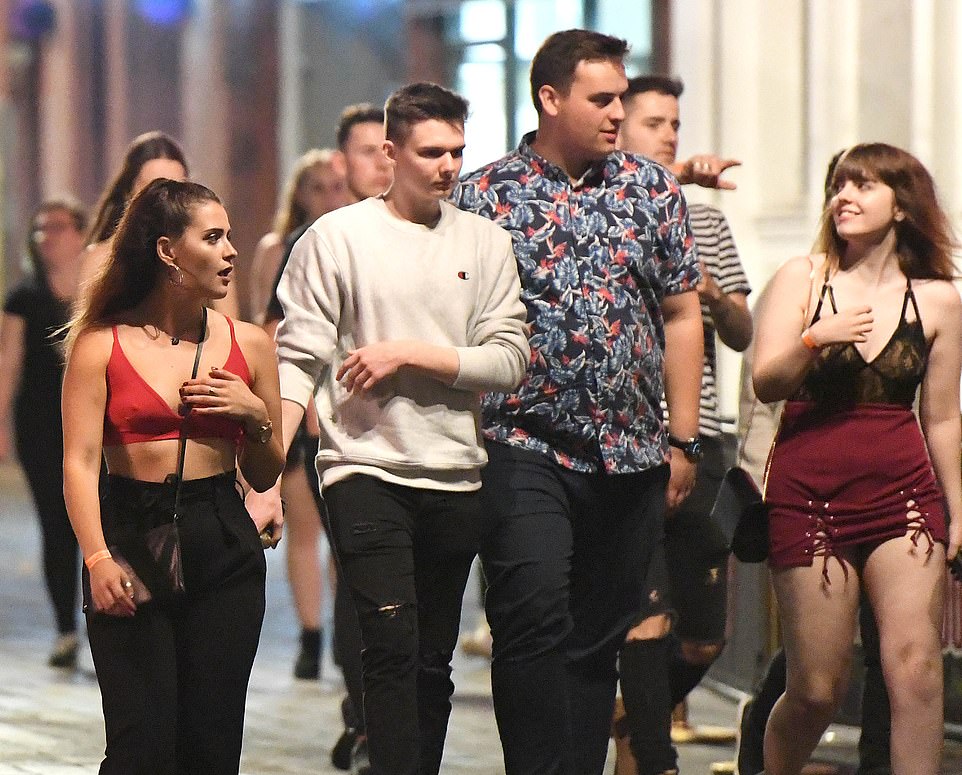 Big screen in Guildhall square warned students about excessive drinking, which didn’t stop some, although many were sensible as lectures started this morning 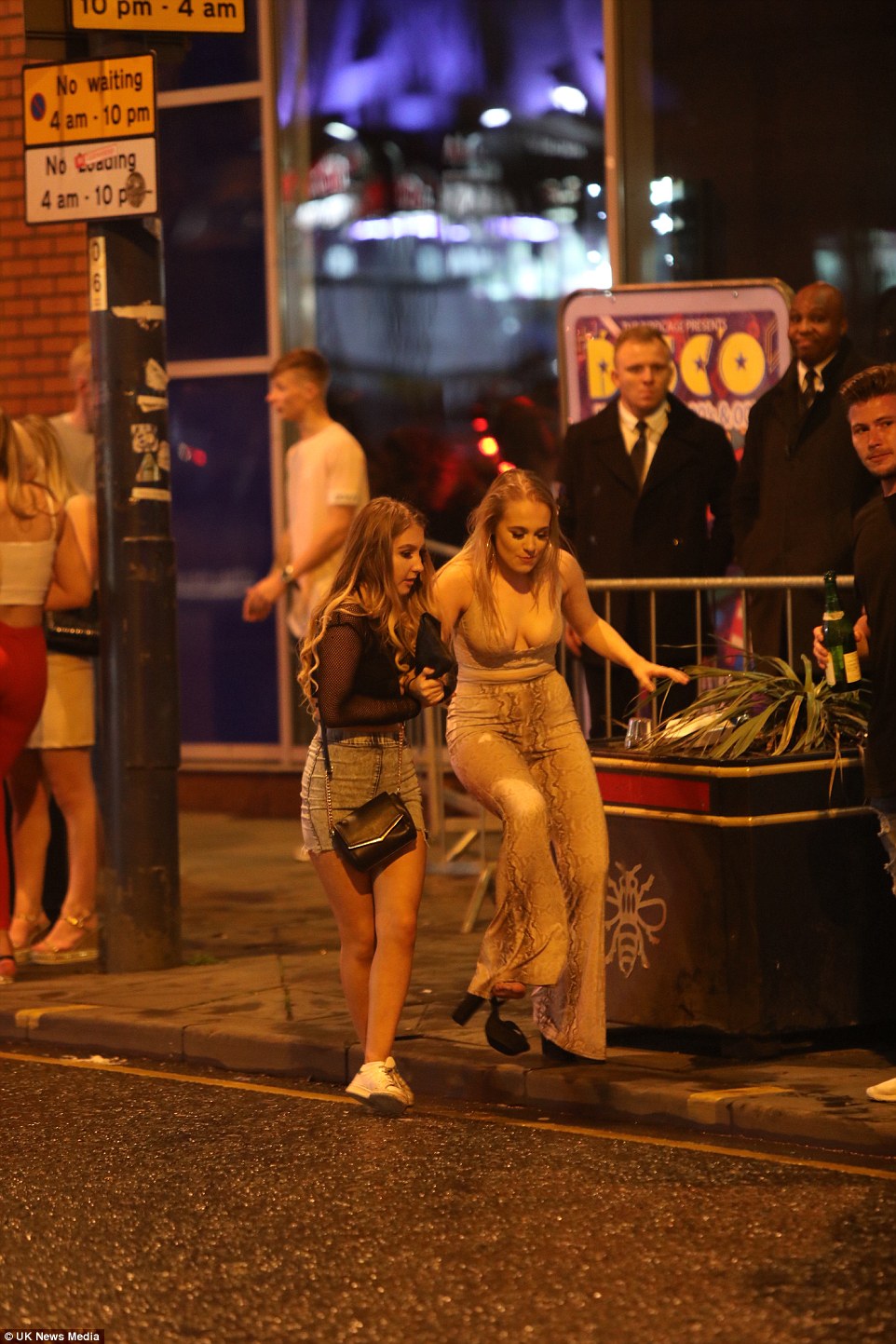 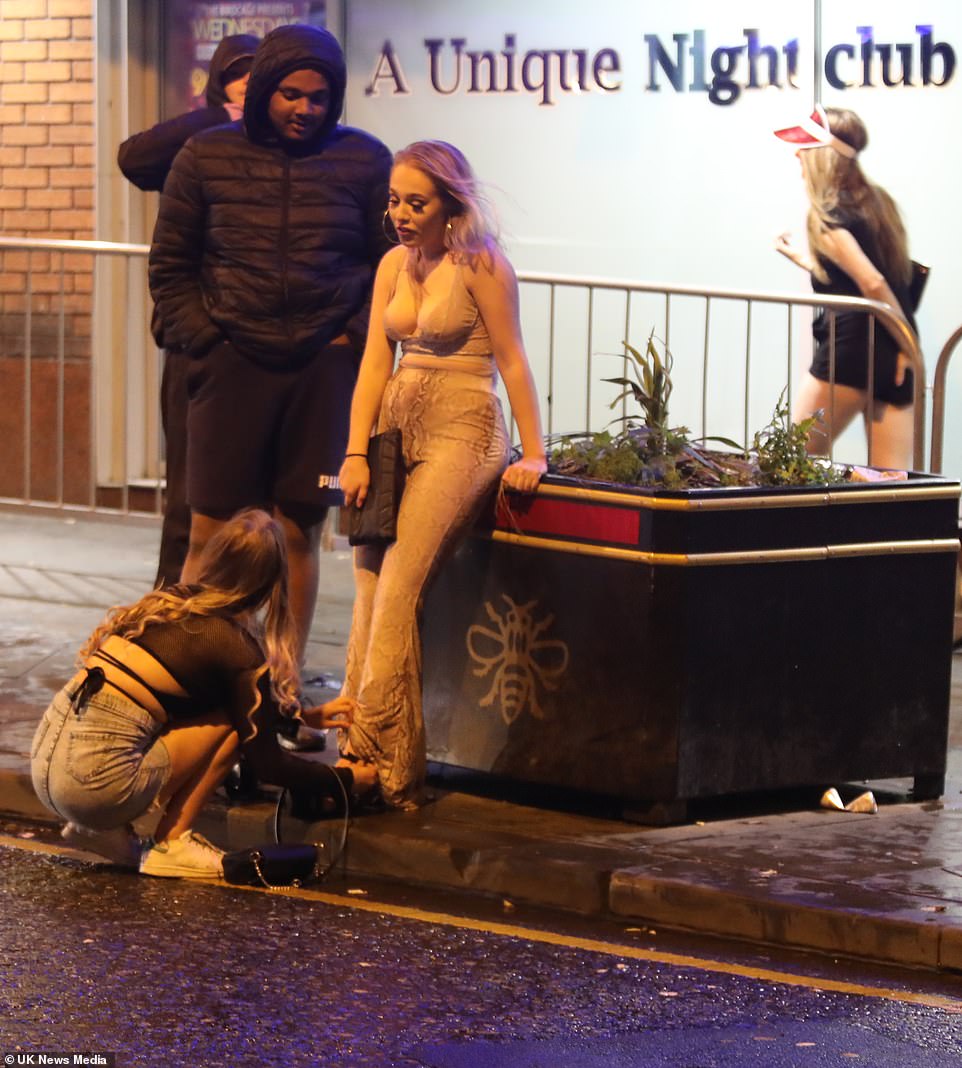 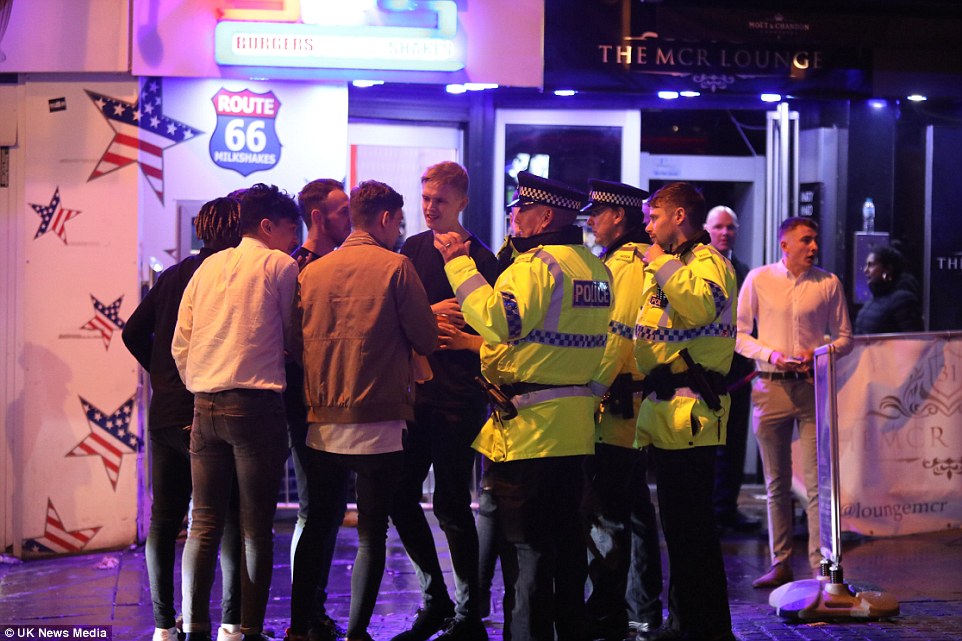 Group of boys get spoken to by police who stepped up their patrols as more than 85,000 students descended onto the streets 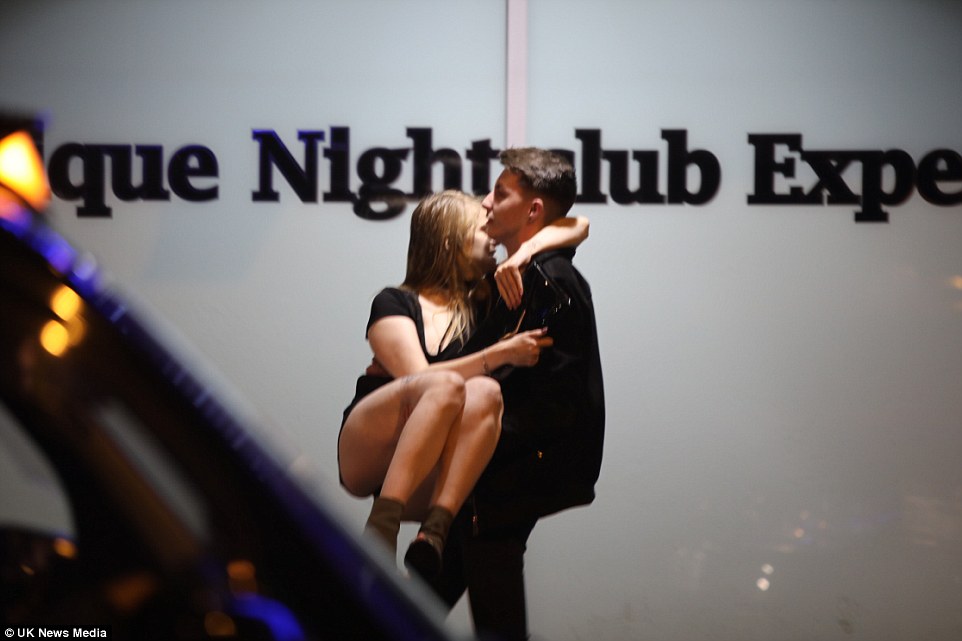 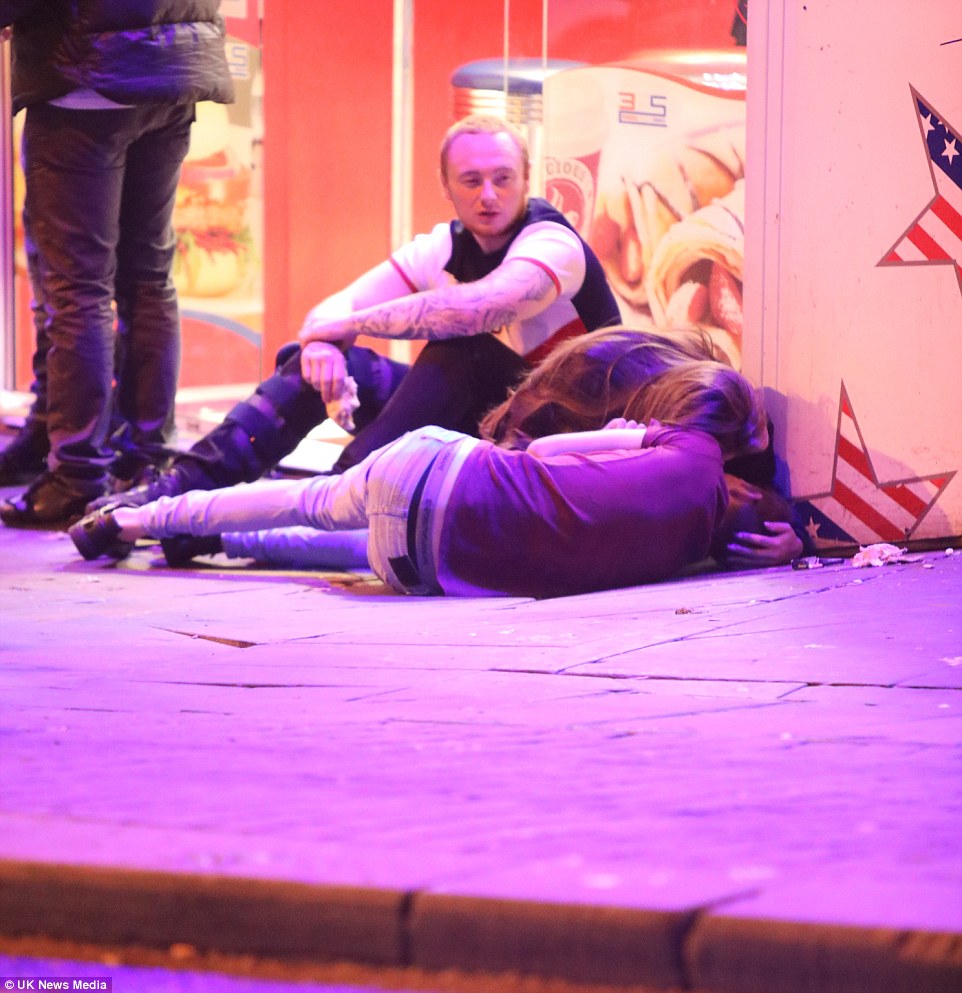