From the ‘Freezer Files’: How Phil Drews tracked down a rapist with virtually no leads

There is a small group of people – long retired – who are still solving crimes. They are not detectives or profilers or tea-leaf readers but forensic experts who had a unique capacity to see into the future.

From the early 1980s they would take material from crime scenes and place samples in their giant freezer at Macleod – even though at that time they were next to useless. The back-to-the-future plan was to keep the evidence on ice and wait for technology to catch up. 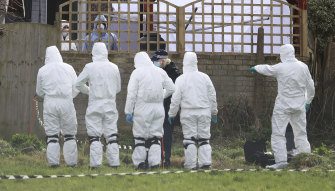 They are known as the Freezer Files and they contain thousands of samples waiting to be matched. When DNA technology had been trialled, tested and accepted in court as compelling evidence, the thawed samples could create hot answers in cold cases.

At first it was a simple scientific procedure: enter the DNA profile from the sample into the national database and see if it matched a convicted offender. This helped solve more than 100 cold cases, such as the Shepparton rapist identified 20 years later after his DNA was taken when arrested for burglary in Queensland.

They also uploaded more than 500 DNA profiles from the samples and found some matches with other unsolved sex crimes, indicating the offenders were serial attackers.

But there is a hitch. Today, when a suspect is convicted of a sex crime, the DNA sample is entered into the database. Before 2000, samples were not routinely collected from offenders. Police have collated a list, just from 1985 to 1993, of convicted rapists who have not been scientifically tested against unsolved crimes. There are 300 names of rapists on that list.

Once these freezer cases were tested, many crimes were solved, but there were more than 100 that remained unmatched, meaning the offenders’ genetic profiles were not on the national system. These cases were listed for review by eight detectives in the Sex Crimes Cold Case Unit. Among them was Senior Detective Phil Drews, who was given a file called Operation Megaliths. 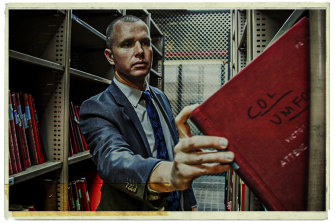 The good news was samples from the case had been tested in 2012 and a DNA profile of the offender established. In 2017, the case was reactivated and the following year it was given to Drews. The bad news was when he opened the original file, it was dangerously thin.

It contained the victim’s statement, some forensic reports and little else. The original investigators’ master file had been destroyed. “There were no known suspects,” says Drews.

The victim was a Ballarat woman, 38, whose husband had died four years earlier, leaving her to care for their five daughters, aged six to 15.

After watching a movie with her kids on a Friday night, she went to bed to be woken around 5am on July 22, 1990, with someone’s hand over her mouth. There were two men in her house, both wearing balaclavas and woollen gloves.

The terrified victim asked “Who are you?” and one answered, “I’m a secret admirer”. He then threatened the children: “If you don’t do as you are told, I’ll kill them.”

During the attack when the men heard a noise, one calmly went to investigate. Clearly they knew she was the only adult in the house and no one would be returning that early morning.

They continued the attack with one warning: “Don’t tell anyone, or I’ll kill the kids.” To add weight to the threat, one said: “I know you have a 16-year-old girl.” (She was 15.)

Terrified, the victim rang her mother, saying she didn’t want to report the crime. When the 15-year-old ran to a neighbour to get help, the neighbour took it upon herself to ring the police.

The local detectives conducted the investigation by the book. They checked with neighbours to see if they had seen anything suspicious and looked at all the woman’s friends and associates.

This was not a case where police had a suspicion but lacked evidence. They had no suspects at all.

When Drews came to the case, he had no suspects, no existing crime scene, a 28-year-old case and a DNA sample that didn’t match any known offender. The tools of modern police would be of no help: there was no CCTV, no mobile phone records or credit cards to track.

Drews had to rely on hunches, half-leads and a paper trail. “It was a bit like entering a time machine,” he says.

What he did have was a comprehensive statement taken by Ballarat detective Paul Jolly, who knew his trade. Drews studied it, not so much to review what had happened but for what it said about the two men in the masks. “Crime scene behaviour can be telling,” Drews says.

One man said he was a secret admirer. He mentioned the age of one of the daughters but got it slightly wrong, indicating he knew the family but wasn’t close. They wore balaclavas as disguises but didn’t bother to disguise their voices.

Was it someone the victim could recognise by sight but had not heard speak? Someone close geographically but not socially? Perhaps a delivery driver, service provider, shop assistant or everyman who lived nearby?

Not a bad theory, but theories don’t crack cases. Drews went to the Ballarat police station and pulled three years of arrests books, going through them line by line, looking for anyone with a potential link.

The answer was in the files: Phil Drews looking for a name.Credit:Grant Condon

There were six, including a man charged with the minor offence of handling a couple of bottles of stolen rum. A closer look showed he had prior arrests for family violence and had been the subject of intervention orders.

His name was Brett Braddock, 26 and the father of two young children. And he lived up the road.

There was nothing to suggest he and the victim had ever met, although he could see into her property from his home. Naturally police at the time had knocked on his door and asked if he had seen anything suspicious. Braddock, not unreasonably, said he was sleeping at the time.

The case faded, Braddock’s marriage failed, he moved 260 kilometres away, remarried and had three children, all daughters.

On January 25, 2019, the day before Australia Day, there was a knock at his door. It was the local policeman from the one-cop station with a letter from town. The letter was from Phil Drews, explaining details of the case and why he was requesting Braddock provide a DNA sample.

There were no tricks, just an honest explanation of why the DNA could assist the cold case investigation. Braddock, who was standing next to his wife, didn’t hesitate to co-operate. “He freely provided the sample, saying he had nothing to hide,” says Drews. “I think because his wife was standing there he may have felt he had no choice.”

The fact that Braddock didn’t hesitate led Drews to believe he was innocent. “My instinct was that he probably didn’t do it.”

Then the test came back saying the odds were that he was 100 billion more times likely to be the offender than anyone else. It was as strong as you could get.

It was then that Drews contacted the victim to tell her they had found a suspect.

After the rape she felt she couldn’t live in the house and had to move to emergency accommodation. She would never sleep in a double bed again. Because she had five children to raise she tried to block out her memories until Drews knocked on the door. 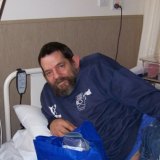 “She was apprehensive, and I told her we were doing this for her, and we would only do what she felt was best for her.”

She decided she wanted justice. Faced with a determined victim, a relentless investigator and an overwhelming DNA result, Braddock had no choice but to plead guilty. He claimed he was addicted to alcohol and marijuana at the time and had no memory of the attack. No one believes him.

Riddell praised the original work of Senior Detective Paul Jolly and that of Drews and the Cold Case Unit: “They did not rest or abandon this case despite its age. They did not give up. They renewed their search to identify and apprehend the offender in 2018, some 28 years after these events.”

Braddock appealed, looking for the sort of leniency he didn’t give his victim. Last month the Supreme Court knocked him back.

But this case is far from closed. There were two offenders and Braddock has refused to name the other man. “This is not a case of two drunks stumbling into a house. It was planned, they were wearing gloves and balaclavas,” says Drews.

Braddock was an introvert with a small circle of friends. He was known at the local go-kart club and was unemployed.

Drews knows that in such premeditated crimes the two offenders would be close – close enough to trust each other to remain silent. Which means police believe the other rapist was at that time one of Braddock’s small circle.

Detective Sergeant Mark Farrugia from the Cold Case Unit says: “We are not stopping. We are determined to bring the second offender to justice.”