A Scottish boxing gym is on the receiving end of a torrent of criticism after the owners encouraged school children to use their ring to settle playground differences.

Warriors Gym in Whitburn, West Lothian, suggested the make-shift fight club and posted on Facebook that it is offering them the chance to have it out with ‘no cameras, no friends – just the two of you’.

Despite being forced to delete the original post, one of the gym owners is convinced it is a good idea for kids to take to the ring for a ‘square go’ to reduce growing violence in local schools. 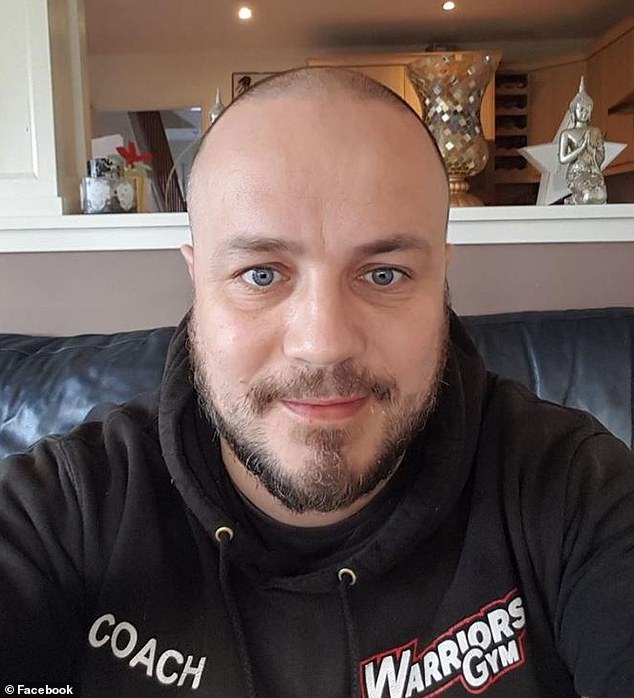 Coach and co-owner of Warriors Gym in Scotland, David Orr was offering ‘square go’s’ for kids

Owner David Orr told the Daily Record in Scotland: ‘Since the post has been put up we never knew it would go so crazy.

Defending his original post, David said: ‘If any of the kids wanted to have a ‘square go’ it would have to be both set of parents agreed, waivers signed, and it would just be me and the ‘square goers’.

The post in question read: ‘Been a lot of violence at Armadale and Whitburn Academy recently, police been in attendance regularly. 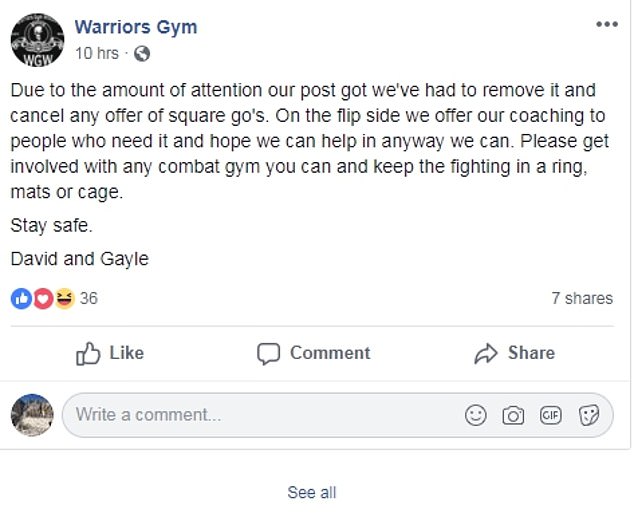 David Orr, who runs the gym, says the fight club would reduce violent incident in schools

‘I will put this offer to all kids from any school, if you want to fight each other message me, you can have a square go in the ring, no cameras no friends just the 2 of you.

‘You will fight until someone gives up but you WILL shake hands and that’s the case closed and you move on with your life.’

The idea to pit children against one another was slammed by locals.

A woman wrote: ‘The worst idea. Deal with violence by violence until someone gives up.

‘If anything it would cause more trouble by going back to school and one person making a mockery of the other for ‘giving up’ in a fight.’

Some people actually supported the concept, with one person dubbing the fight club an ‘Outstanding idea.’

They continued: ‘I think that in a controlled environment some of these issues could be resolved. Even if it helps one boy or girl then surely that’s deemed a success.’ 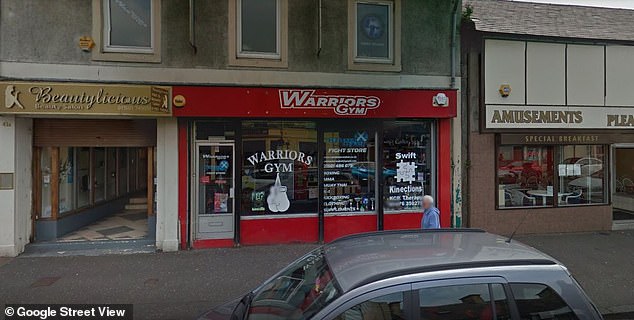 ‘If you want to fight each other message me,’ the post from the gym’s Facebook page read

Mr Orr added: ‘The hope is that I can get them together and let them speak without anybody else around egging them on, or social media spreading things that are not true.

‘If, after all of that, they wish to still fight, it’s fists only, with 16oz gloves and headguards which we use for sparring.’

The owners, who also offer boxing for mums, later posted on Facebook saying: ‘Due to the amount of attention our post got we’ve had to remove it and cancel any offer of square go’s.’

The basis of David Orr’s claim was that there had been a spike in violence at local schools.

However, a West Lothian Council spokesman said he ‘refutes’ the claims made by David in his post.

The spokesman said: ‘We completely refute any suggestion that there has been any significant increase in violent incidents in our schools, which remain safe environments for pupils and staff.

‘We are aware of a number of isolated incidents, which have been widely circulated on social media recently. Such incidents are rare and can happen in any school across Scotland, and do not represent our schools or the overwhelming majority of our pupils.

‘Swift action has been taken against those responsible for the incidents, and we are working with partners such Police Scotland to reinforce safety and respect messages to all our pupils.’