The former national security adviser asked Donald Trump to use the military to force an election "rerun" in key states lost to Biden. 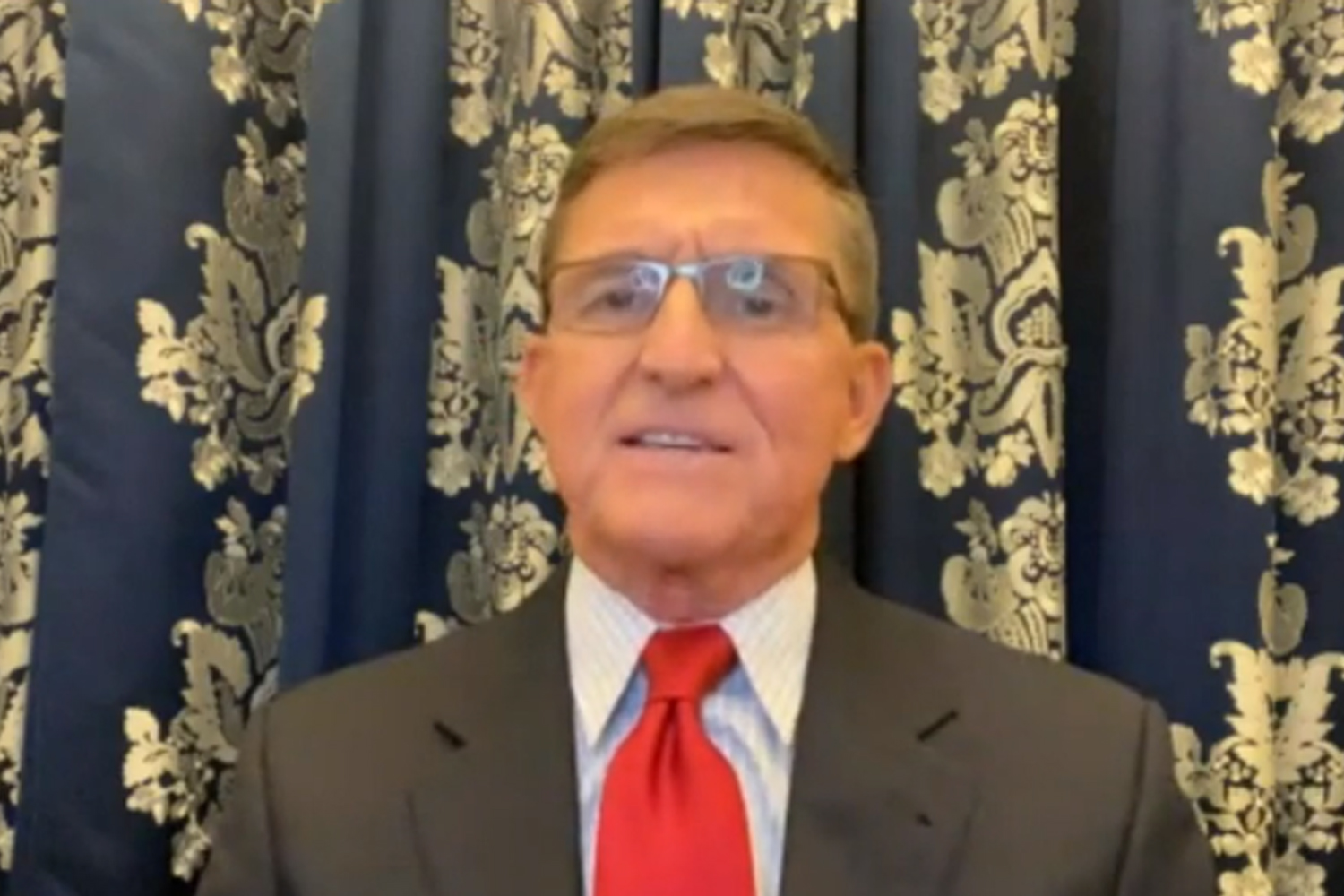 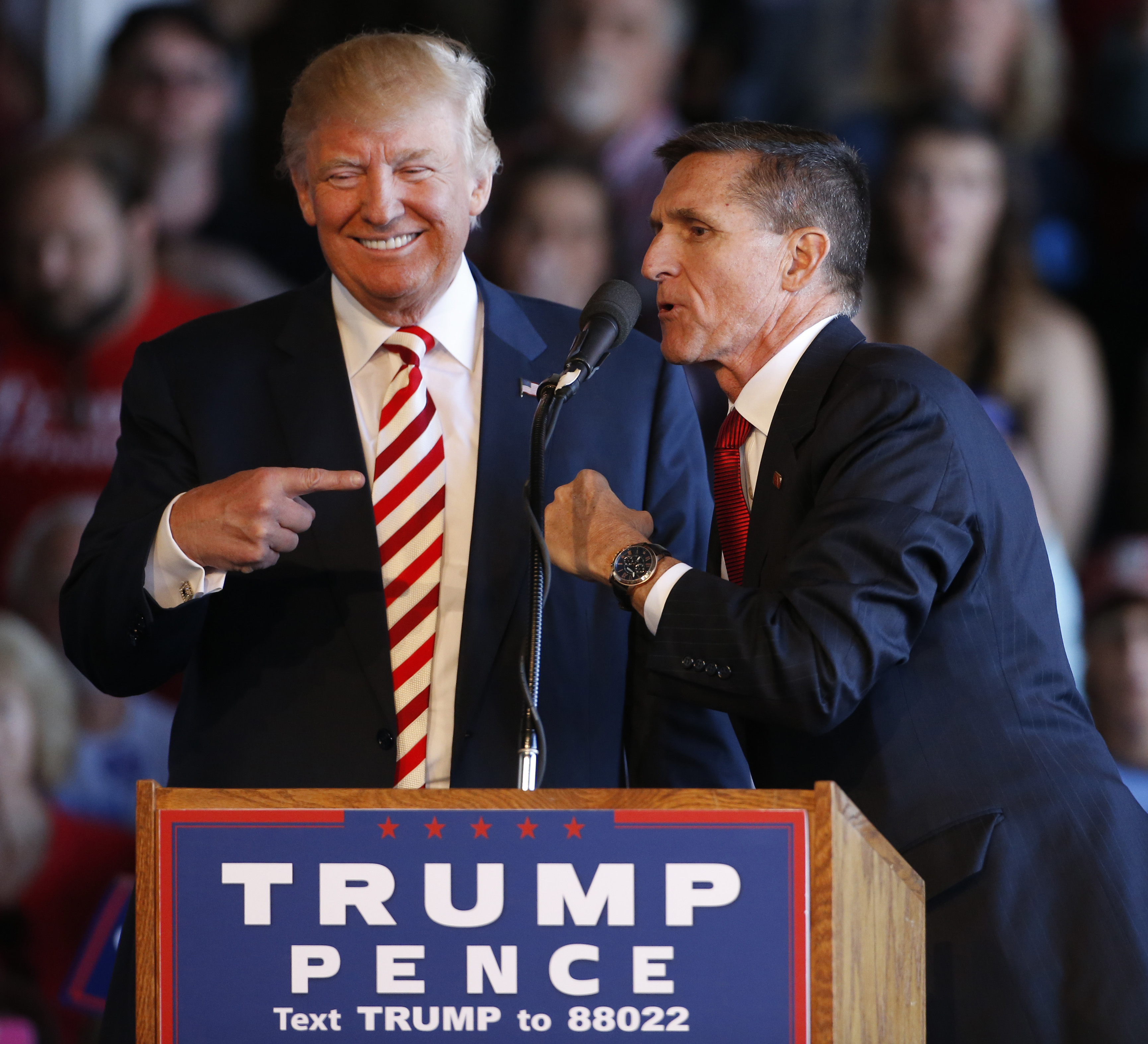 Flynn, who was recently pardoned by Trump after he pled guilty to lying to the FBI during the Russia investigation in 2017, made an impassioned case to invoke martial law and deploy the military in a bid to prevent President-elect Joe Biden from taking office.

"There is no way in the world we are going to be able to move forward as a nation. [Trump] could immediately, on his order, seize every single one of these [voting] machines," Flynn said during an interview with Newsmax on Thursday in an apparent reference to the far-right conspiracy theory that voting software was rigged to skew Trump votes in favor of Biden.

"Within the swing states, if he wanted to, he could take military capabilities, and he could place those in states and basically rerun an election in each of those states.

"I mean, it's not unprecedented. These people are out there talking about martial law like it's something that we've never done. Martial law has been instituted 64 times."

Within the swing states, if he wanted to, he could take military capabilities, and he could place those in states and basically rerun an election in each of those states.

Flynn has been one of the most prominent voices in supporting Trump's claims of election fraud and even spoke of invoking martial law in a tweet on December 1.

The idea was immediately condemned by defense officials and military experts, including Bill Banks, a professor at Syracuse University who specializes in constitutional and national security law.

"Apart from the fact that state and now federal investigators have found no evidence of election fraud that would change the election outcome, martial law has no place in the United States absent a complete breakdown of civil governing mechanisms," Banks told the Military Times.

Importantly, declaring martial law does not suspend the U.S. Constitution and the military is unable to administer elections.

There is no record of martial law having ever been declared by a U.S. president to hold a new election.

As of this month, all 50 states and Washington, DC, have certified their election results.

The Electoral College convened across the country to confirm the election results on December 14.

Electors cast their votes for Trump or Biden, depending on how their respective states voted. The final tally showed that Biden won 306 electoral votes while Trump claimed 232.

Despite this, Trump's campaign has gone to great lengths to contest the results of the election, which was called for Biden on November 7. 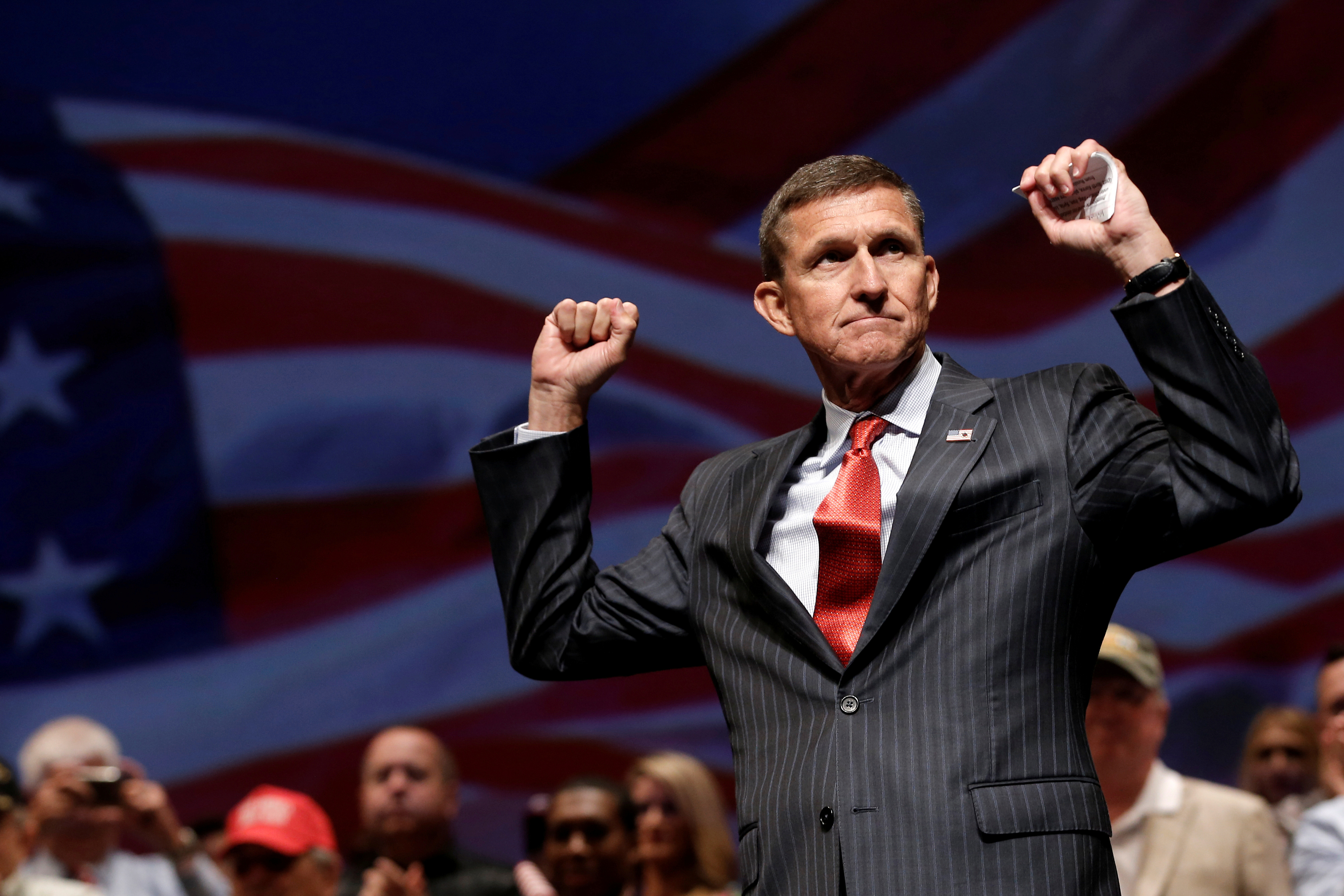 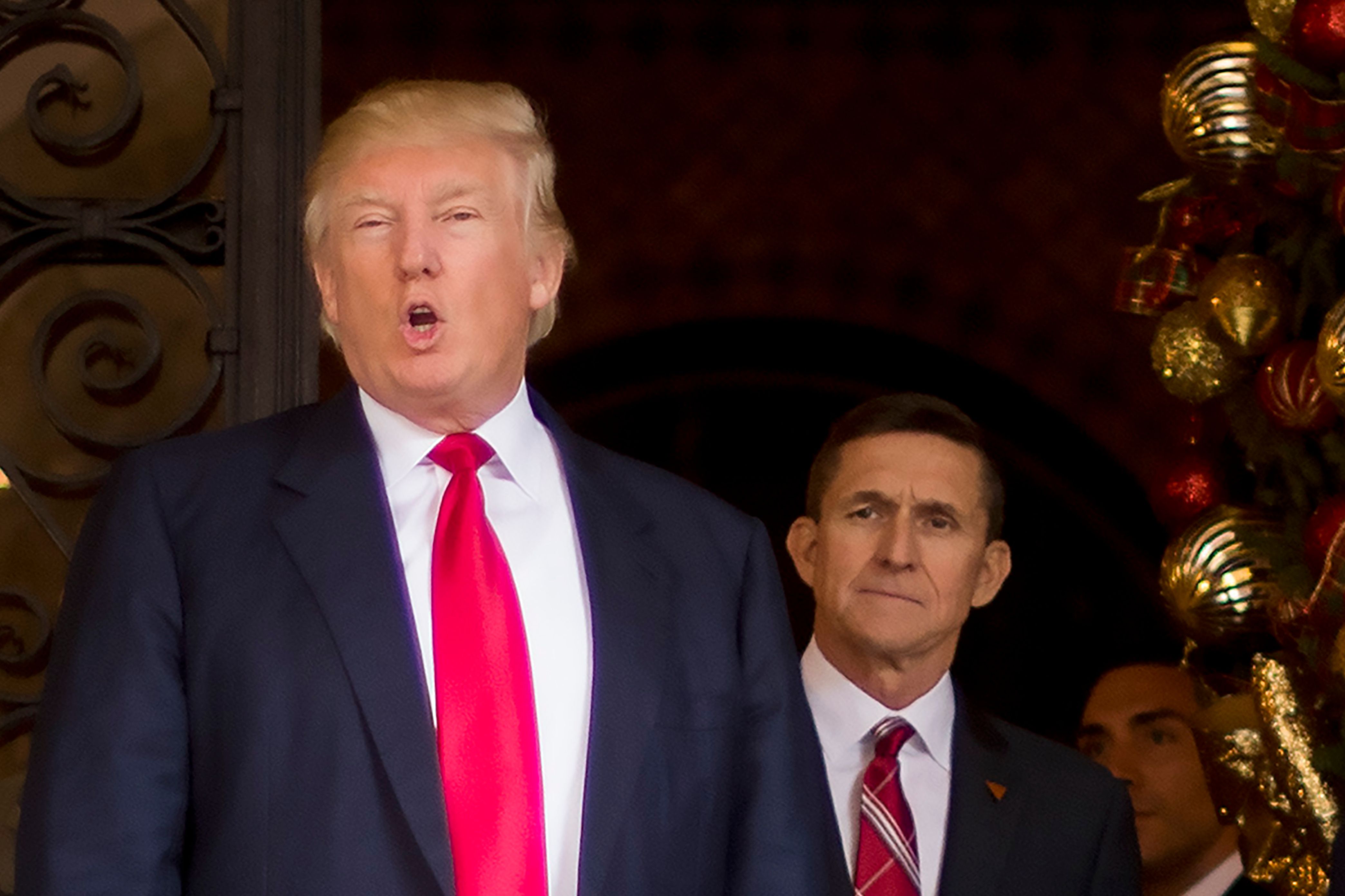 Speaking just hours after his win in the state-by-state Electoral College, Biden called Trump's attempts to challenge the resultsan "unprecedented assault on our democracy".

Addressing President Trump's refusal to concede or accept the vote of the 2020 election, Mr Biden said: "The Trump campaign brought dozens and dozens of legal challenges. They were heard again and again. And each of the times they were heard they were found to be without merit."

He added:  "President Trump called the Electoral College tally a landslide. By his own standards these numbers represented a clear victory then, and I respectfully suggest they do so now."

Flynn has been particularly vocal over social media, ridiculing Senate Majority Leader Mitch McConnell for congratulating Biden on his win by retweeting a post that called for 'American patriots' to let 'McConnell know we aren't on board with his "President Elect Biden" mindset.'

Flynn also tweeted Trump: "Millions & millions & millions of Patriots stand behind, alongside & in front of you during this crucible moment in US History where our very Republic is on the line. We won't fail or cower like some in the Republican Party have shown."

On January 6, Congress is set to officially count up the electoral votes for each candidate and certify Biden as the winner. On January 20, he will be sworn in as president.

It's reported that Mr Trump is considering announcing his 2024 bid on the same day. 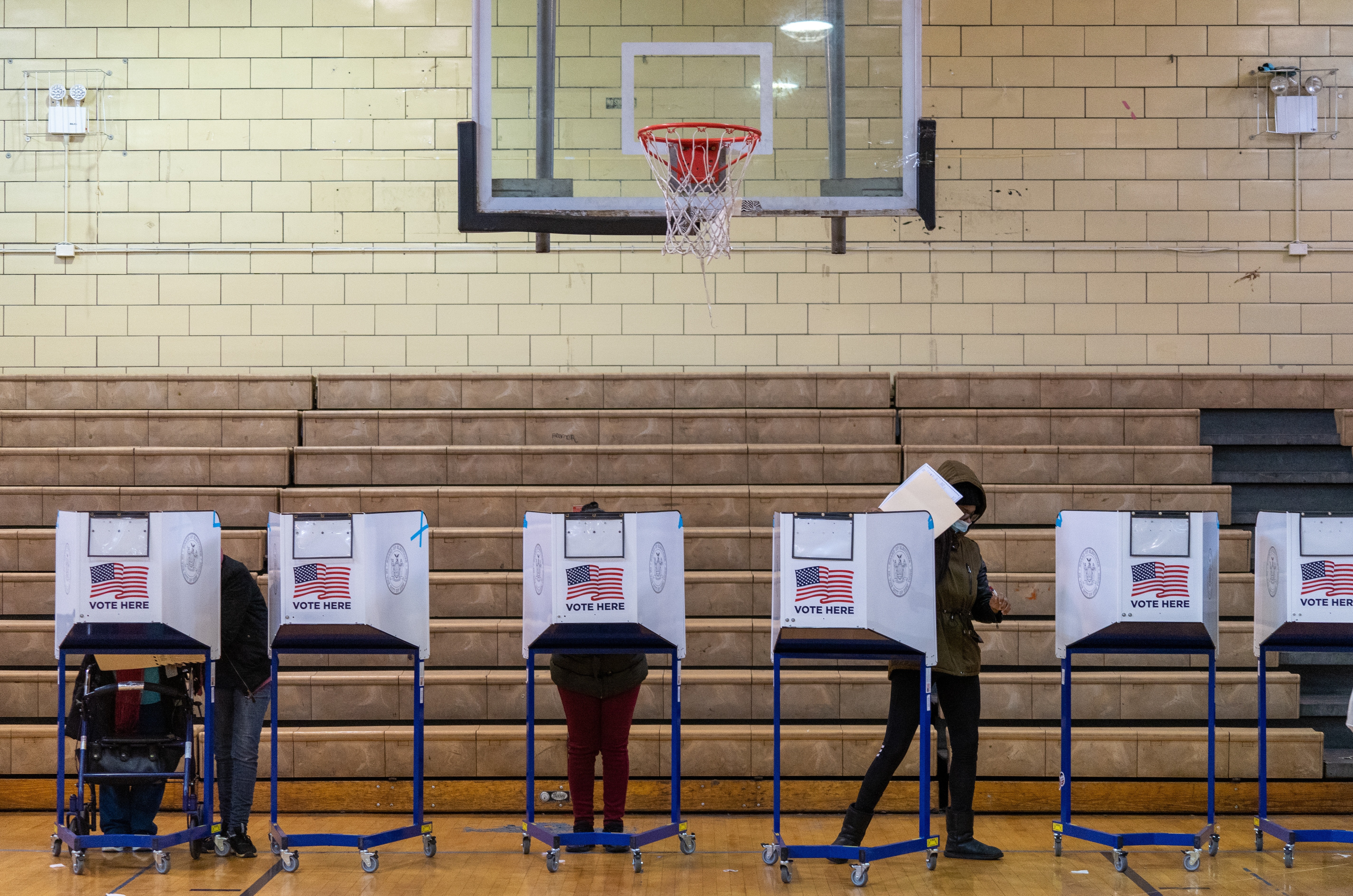