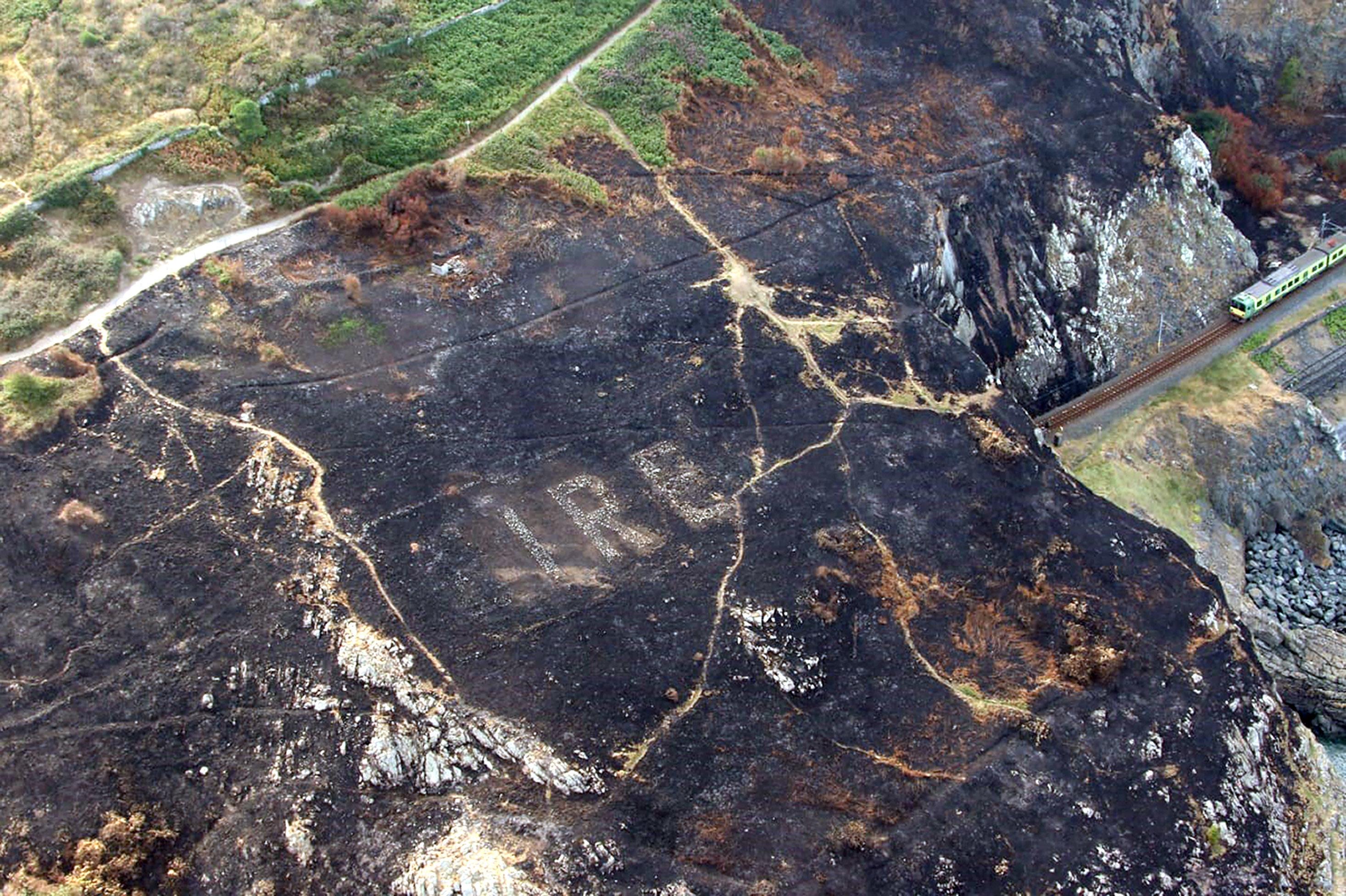 It was spotted by a police helicopter after a gorse blaze two weeks ago tore across hills near the Irish capital.

The sign is positioned just 55 miles away from Anglesea in North West Wales — one of the closest points between the Republic and Britain.

More than 80 such signs were created during the war to alert pilots that they were flying over a neutral country.

US pilots also used the signal to help navigate their way to British soil. 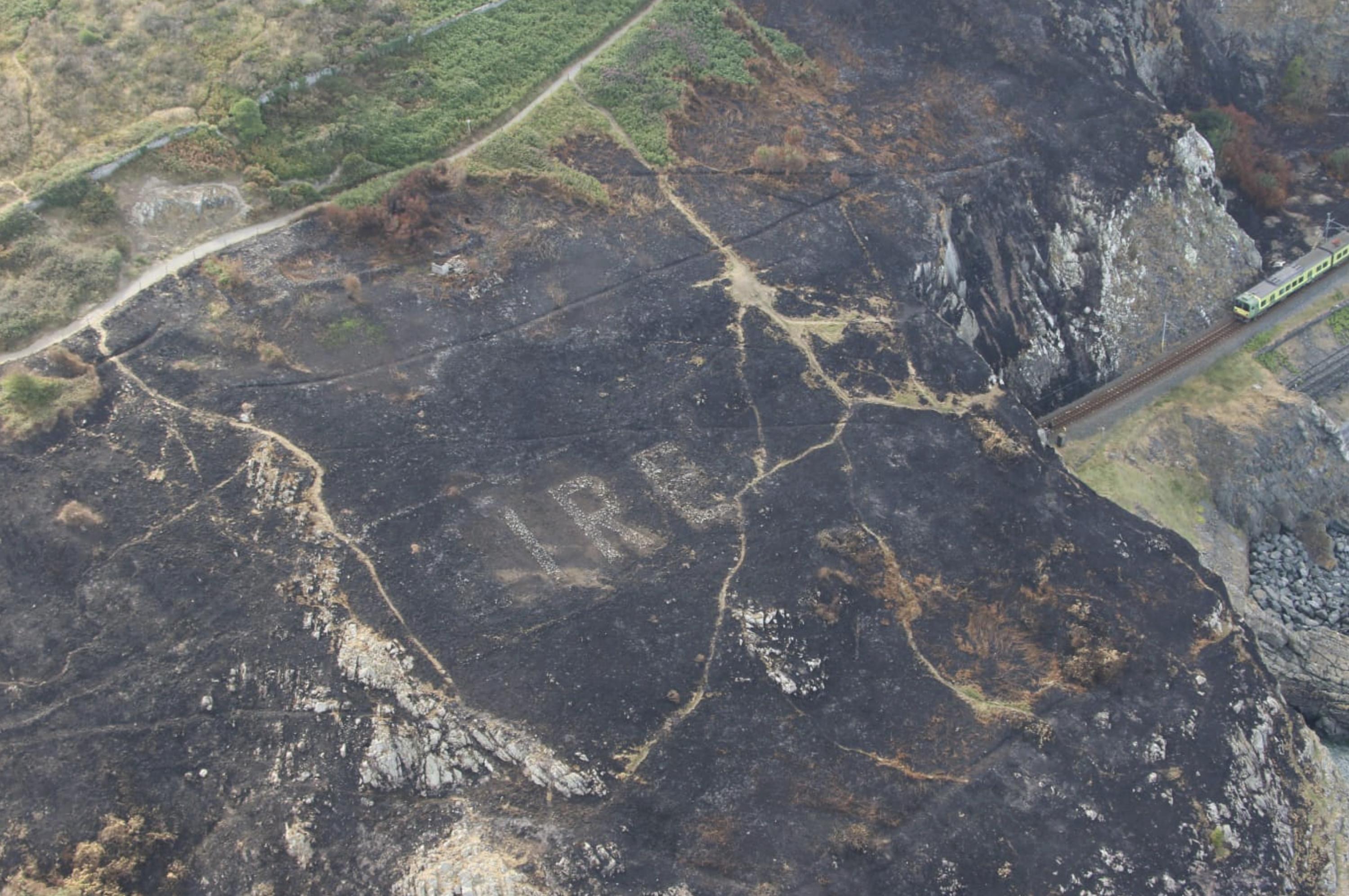 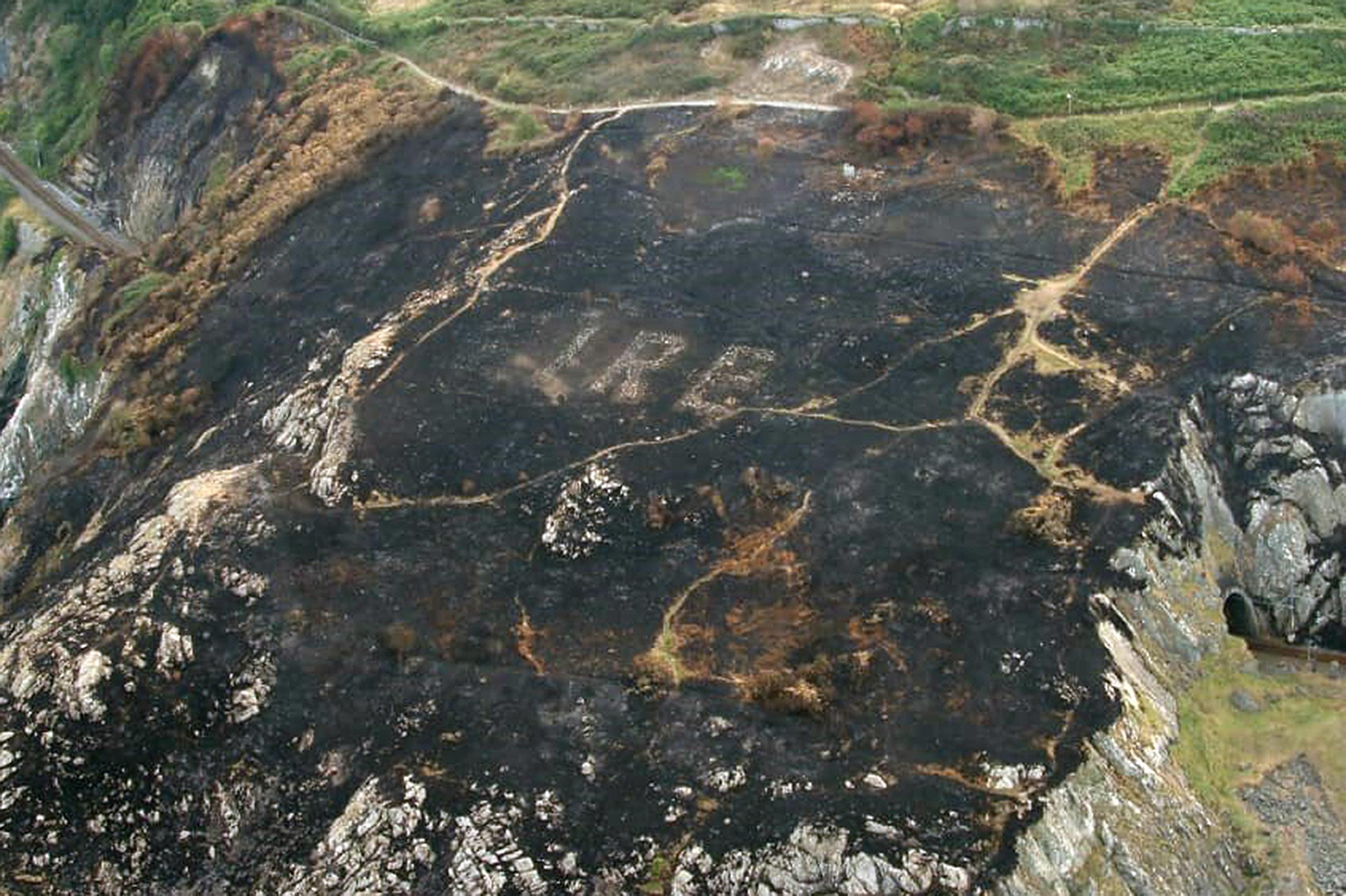 Some used up to 150 tonnes of stone to ensure they were big enough to be seen from thousands of feet in the air.

The Irish Air Corps says the Bray Head sign was No. 8.

Volunteers have restored some of the signs that were in plain view. 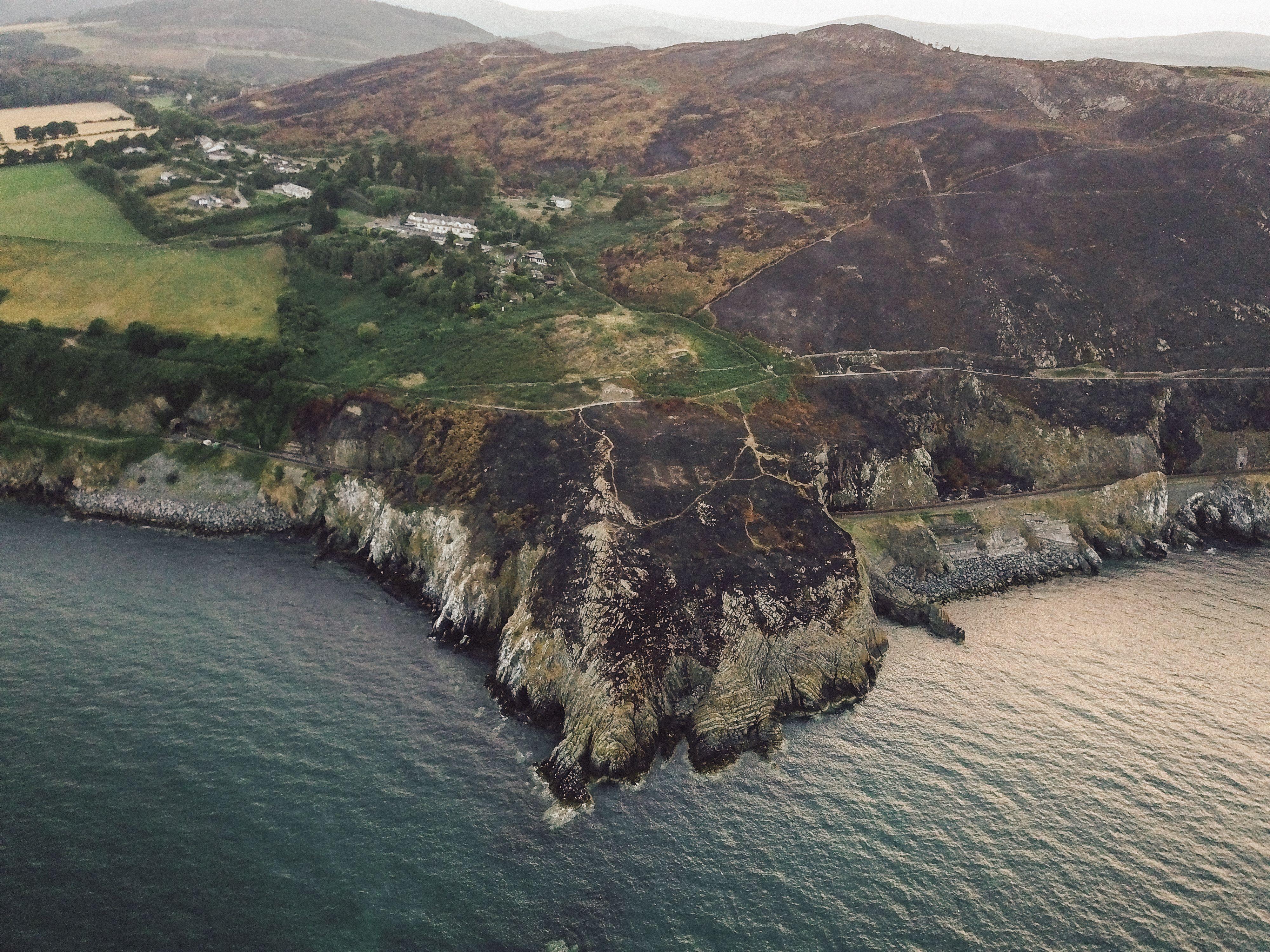 But this one was hidden for years in undergrowth.

A spokesman for Irish police the Gardai said: "The signs themselves are quite common on the west coast but unusual on the east.

"The Air Corps helped put the fire out and then the Garda helicopter, which we fly, noticed the sign emerging from the past."

Ireland was neutral throughout WW2 despite German air raids that missed British targets and the threat of invasion by either Germany or Britain.

There were also attacks on Ireland's shipping fleets by both Axis and Allied powers.

Irish authorities did however allow Allied use of the Donegal shipping corridor and shared information such as weather reports — which helped in the D-day landings.