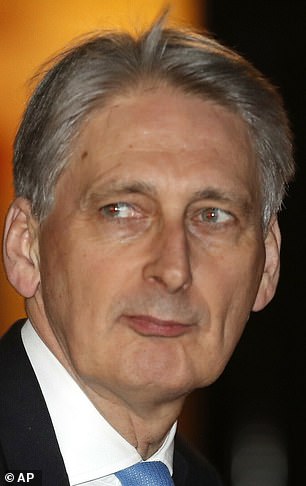 Chancellor Philip Hammond is expected to warn MPs in his Spring Statement that in the event of No Deal Brexit, the Government will have to revise their £20bn public spending pledge in favour of helping businesses to cope with transition

Theresa May’s government will today issue a string of dire warnings about a No Deal Brexit.

Philip Hammond will tell MPs in his Spring Statement that a departure from the EU without a deal would force him to revise plans to invest £20billion in public services.

The Chancellor is expected to warn that money can only be found to end austerity if the Commons votes to leave the EU with a deal.

The ‘deal dividend’ is based on the latest predictions from the Office for Budget Responsibility, which assume Britain leaves the EU with a smooth transition period.

In the event of No Deal, this would be revised, he will tell MPs.

The Government would have to prioritise helping businesses cope with the sudden transition to World Trade Organisation terms.

The Government will also publish a plan for the Irish border in the event of a No Deal Brexit, as well as a No Deal tariff schedule. Under the plans, the UK government is expected to axe tariffs on up to 90 per cent of goods entering the country.

Transport Secretary Chris Grayling was yesterday accused of presiding over ‘rushed and risky’ preparations for No Deal, which could lead to shortages of medicine and food. The Department for Transport will be responsible for laying on emergency transport to bring in essential goods if Britain leaves without a deal.

But a report by the Commons public accounts committee says it ‘failed to make timely preparations’ to secure extra ferries to transport ‘critical goods’ across the Channel. 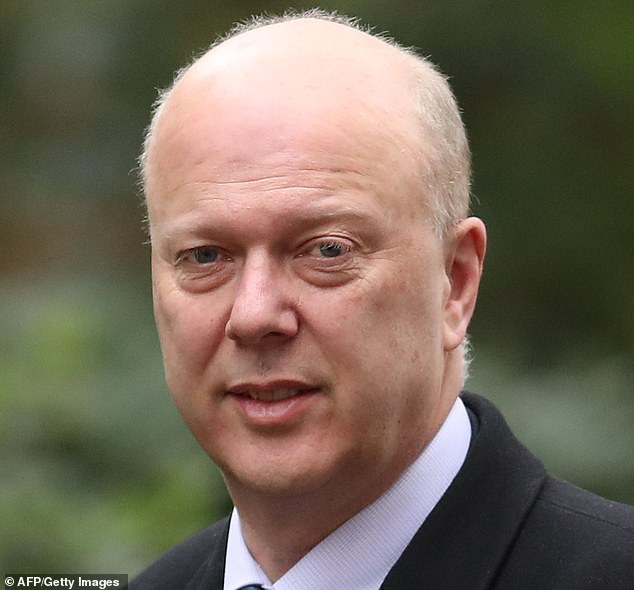 Transport Secretary Chris Grayling was yesterday accused of presiding over ‘rushed and risky’ preparations for No Deal, which could lead to shortages of medicine and food

Tory MP James Cartlidge warned that No Deal tariffs would lead to the ‘destruction’ of the British farming industry. The National Farmers’ Union agreed, saying a No Deal exit would be a ‘catastrophe’.

Business groups called on MPs to shut down the possibility of No Deal too, with finance industry body The City UK saying it ‘would be an own goal of historic proportions’.

Helen Dickinson, chief executive of the British Retail Consortium, said the public would be hit by No Deal in the form of tariffs, non-tariff trade barriers and falls in the value of sterling.

These would ‘all push up costs and reduce the choice on the shelves we currently enjoy’, she told the BBC.

The EU’s chief Brexit negotiator, Michel Barnier, said in a tweet: ‘Our No Deal preparations are now more important than ever before.’