HORRIFIED students were seen jumping from windows and fleeing for their lives at a university after a gunman stormed the campus.

At least five people have been killed and 32 people injured in the massacre at Perm State University in Russia. 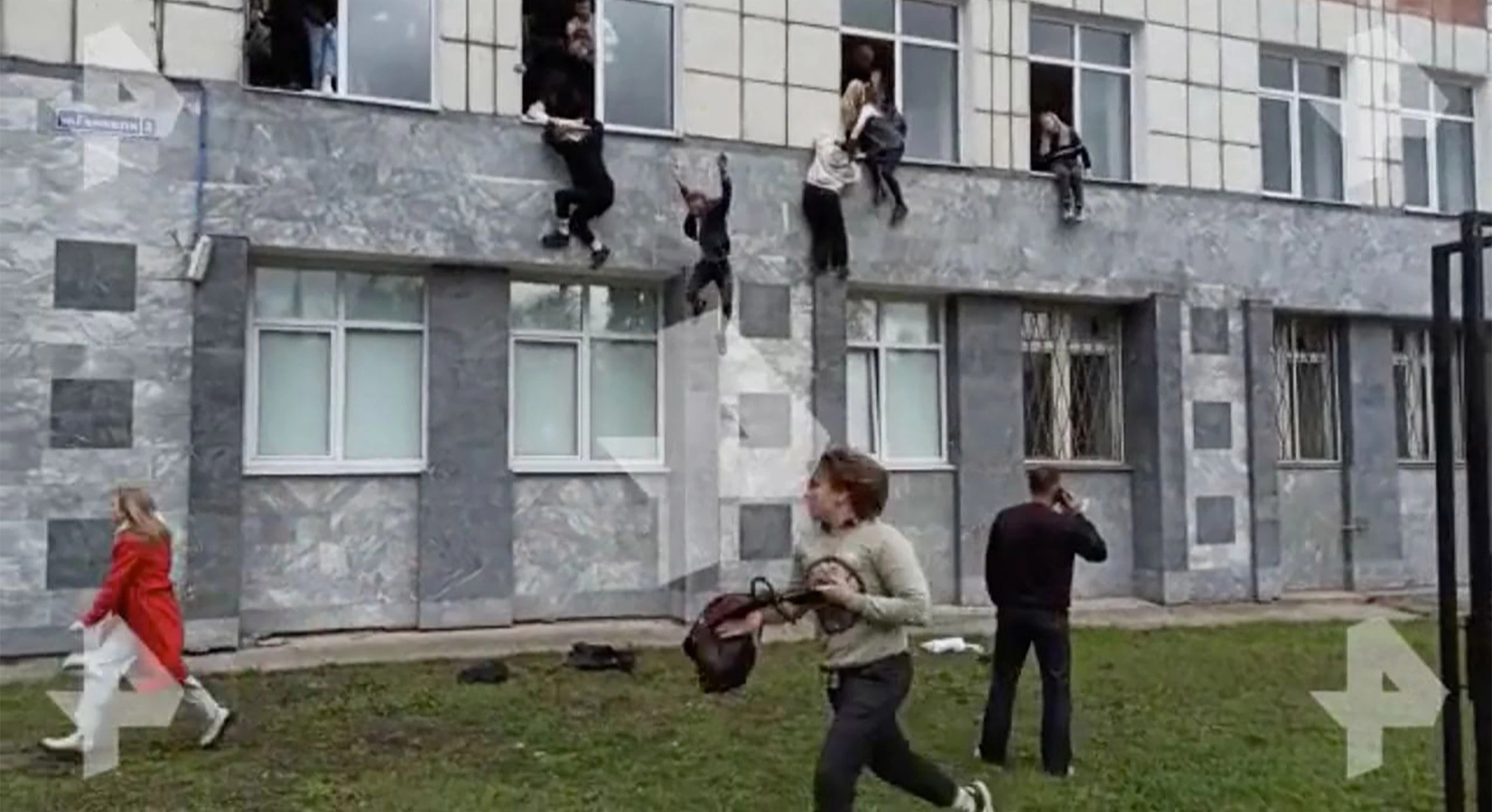 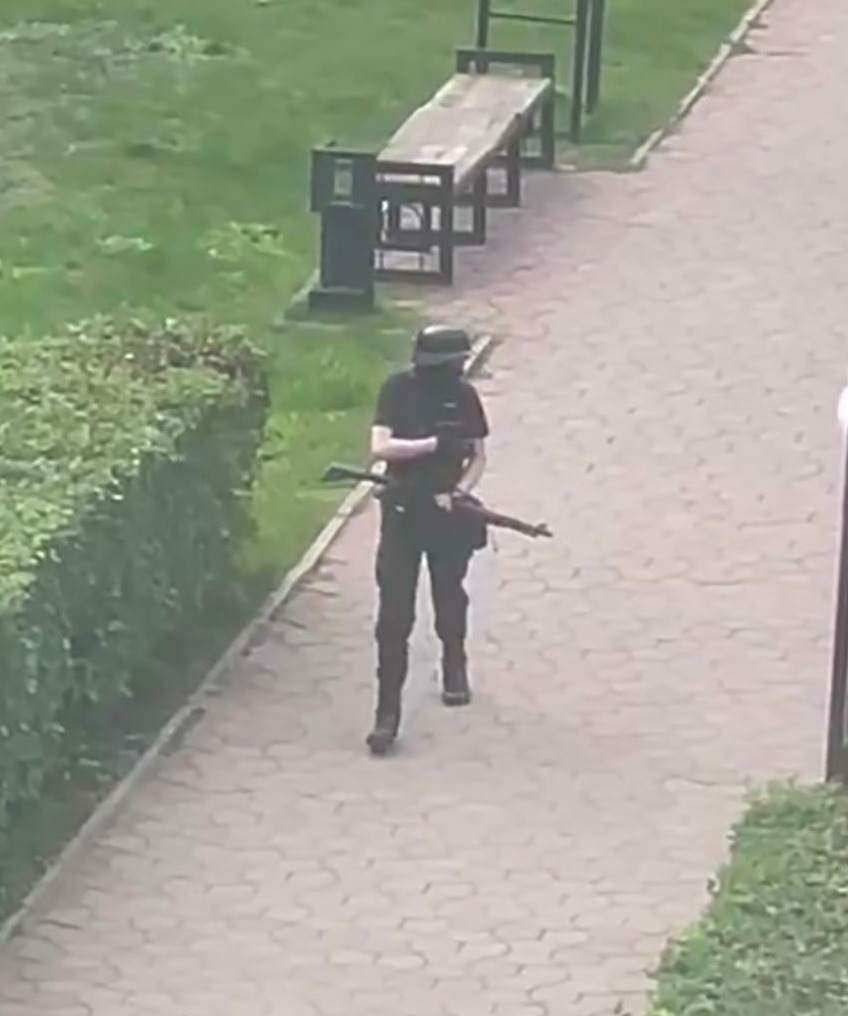 Footage showed terrified students and staff members hurling themselves from first floor windows as they desperately try to escape.

Other video shows a lone gunman wearing all-black tactical gear and cradling a long gun marching towards the college.

Some 3,000 people are reported to have been on campus when the gunman entered the grounds – killing a security guard on his way in.

The gunman – who has been named locally as Timur Bekmansurov, 18 – is understood to have been a former student who studied for just ten days at the university before crashing out from his course.

He was reported to have been studying law and was hoping to train to become a forensic investigator.

The gunman was seriously injured after hwa s shot by police and then detained by officers.

The shooter was reportedly armed with a Turkish-made 12-gauge Huglu semi automatic shotgun.

Horrified witnesses told of their panic as they barricaded themselves in rooms on the campus as the gunman prowled the halls.

One said: “When the people saw the shooter and heard the shots, some managed to leave the building, others locked themselves in classrooms."

The university sent a message to frightened staff and students as they wanted them to stay away from the campus.

“If you are currently inside the university, please, try to shut yourself from inside the room, and stay inside," the message warned.

I still see it in front of my eyes, him walking right towards us

Other students posted on social media telling of the horror, as one wrote: "We are barricaded in the room, a man is walking around, shooting."

“We are all scared …there are wounded here.”

Another student said he was "“sitting down, holding the door" against the gunman, while one teen added: "It was so awfully scary."

“I still see it in front of my eyes, him walking right towards us," she said.

In messages sent by the suspect before the siege, he was quoted saying he “liked causing pain to people” and the twisted killer described himself as “unstoppable”

“I could have fooled every psychiatrist,” he said as he bragged about passing a test to get his gun license.

“At least I will feel alive for the last ten minutes  of my life. I detest myself as much as I test all of you,” he wrote. 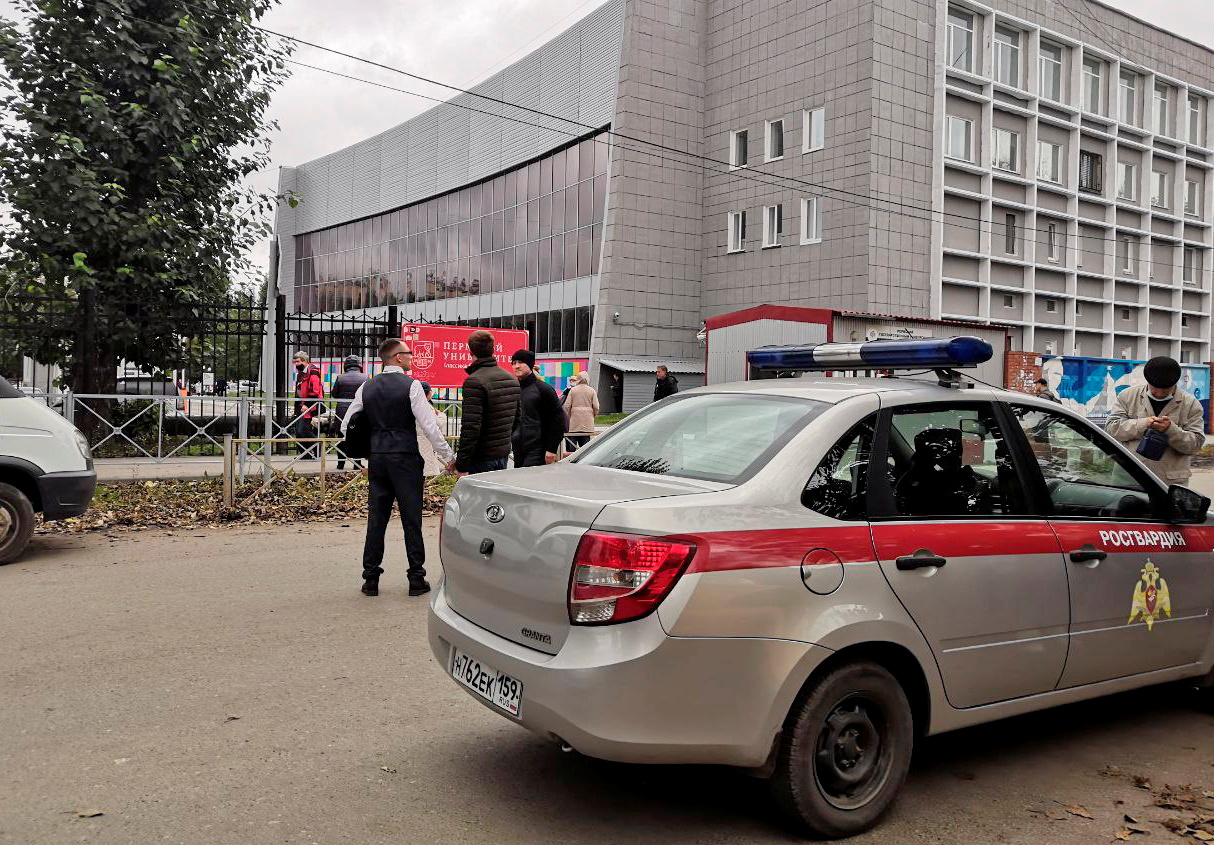 He said: “I want to leave as much pain in the world as I can so everyone I can’t kill will remember this day forever….

“I will do all in my power to kill as many as I can. Only a few of you deserve to live.”

His messages suggest he had been planning a massacre for many months.

An acquaintance of the shooter said he was “unsociable” and had few friends, reported Readovka.

“He was always very quiet,” said the friend.

“We knew that he had interests in weapons and war, because he was usually the first to answer these questions in class.

“In history lessons, when they talked about terrorism and war, he was always interested in this.

"He was the first to answer, he knew more than all of us about terrorism and terrorist acts.”