The family of Harry Dunn have withdrawn their intention to sue the US government in a bid to find a ‘resolution to the impasse’.

His parents Charlotte Charles and Tim Dunn previously said they would pursue a claim against Donald Trump’s administration for its handling of their son’s case.

But Mrs Charles has revealed the family ‘can now see that the US government are working towards’ suspect Anne Sacoolas facing the UK justice system.

The US State Department recently said it was looking for a ‘reasonable resolution’ after news emerged that the UK Attorney General, Suella Braverman QC, was considering the possibility of a virtual trial or a trial in Sacoolas’s absence.

The Dunn family said they hoped their decision to no longer pursue a claim against the US government would encourage them to meet with the family and discuss a way forward in their quest for a trial in the UK. 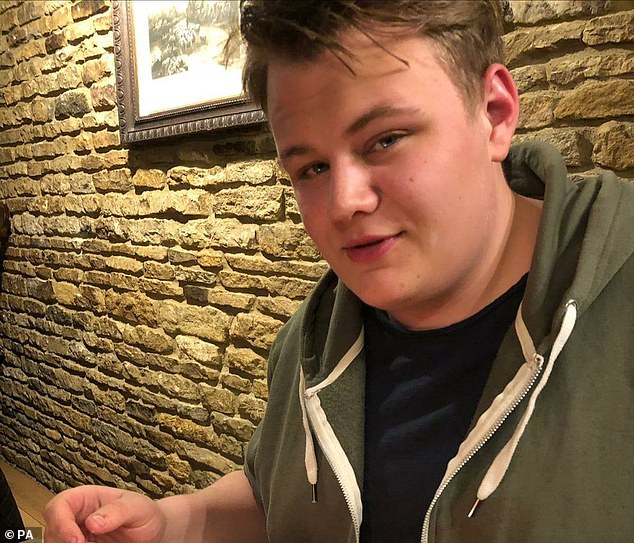 Mr Dunn, 19, died when his motorbike crashed into a car outside RAF Croughton in Northamptonshire on August 27 last year.

Sacoolas, 43, the wife of a US intelligence official, claimed diplomatic immunity following the collision and was able to return to her home country, sparking an international controversy.

She was charged with causing death by dangerous driving in December but an extradition request, submitted by the Home Office, was rejected by US Secretary of State Mike Pompeo a month later.

Speaking after their decision to no longer pursue a claim against the US government, Mrs Charles said: ‘We never wanted any of this.

‘All we ever wanted was what anyone else in our shoes would have wanted, that the person responsible for taking Harry’s life be held to account.

‘We are going through a living nightmare and we need closure. We will only get that when Mrs Sacoolas faces our justice system.’ 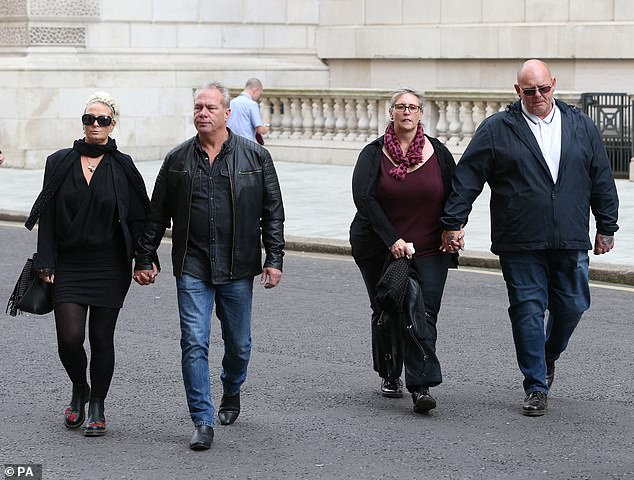 Mr Dunn’s parents, Charlotte Charles (left with her partner Bruce Charles) and Tim Dunn (right), previously said they would pursue a claim against Donald Trump’s administration for its handling of their son’s case 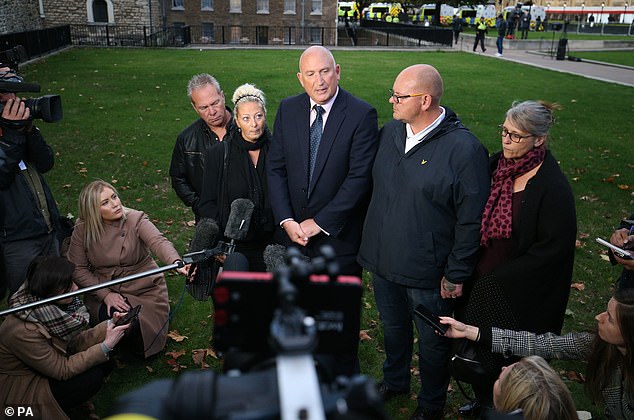 Mrs Charles continued: ‘We can now see that the US government are working towards that end and we would like to meet with them as parents to explain why that is important and to help the discussions.

‘I am proud of my family. I’m grateful that we now appear to be in the home straight of the worst period of our lives and look forward hopefully to building bridges.

‘I think back to the early days before our campaign started when our advisers were working so hard behind the scenes to avoid any dispute and to avoid any publicity. 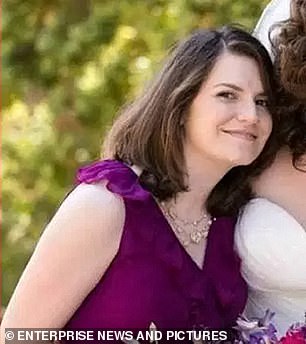 ‘That was all thrown back in our faces at the time. I hope they accept our offer of a meeting this time and will look forward to bringing this awful situation to an end.’

Explaining the decision to no longer pursue the lawsuit, family spokesman Radd Seiger said: ‘Harry Dunn’s parents were relieved to see the signal from the State Department in Washington that they are now working with their counterparts in London to find a resolution to the impasse following Anne Sacoolas’s departure to the US after Harry died.

‘They have accordingly equally now signalled to the US government that they do not intend to sue them in respect of their decision to recall Mrs Sacoolas and have written to officials in the US Embassy in London to make a comprehensive offer an amicable meeting to help the parties find the resolution that is now desperately needed on all sides.

‘That resolution will only involve Mrs Sacoolas going through the English justice system and if our offer of a meeting is accepted, the parents intend to speak directly to the US government to tell them why it is so important that justice is done here.’

Mr Seiger continued: ‘From the outset, the parents have always tried to enter into dialogue with others to find a resolution. 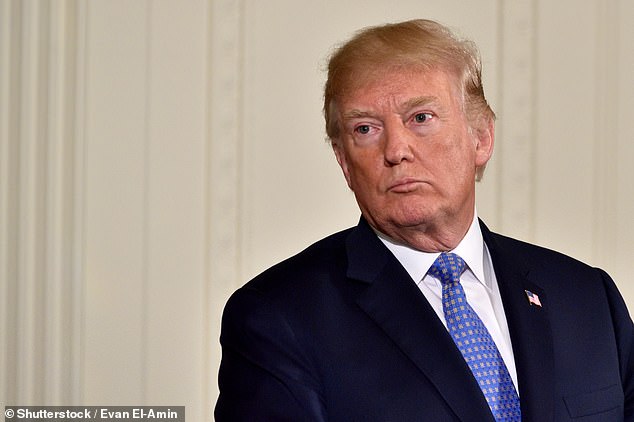 In a statement, a US State Department spokesman said they had worked with their UK counterparts from the outset to find a ‘mutually acceptable’ path forward. Pictured: Donald Trump

‘This is not a situation of their making and I know there is a lot of regret both in Washington and London about decisions that were taken last September when Harry died.

‘If the US government and Mrs Sacoolas now step forward to do the right thing, we have indicated to the US government that we would very much like to play our part in helping to heal the deep wounds left by this decision, not only in terms of relations between both countries, but also locally in our community where RAF Croughton sits.

‘There is an awful lot of good that can be done here with the parents at the forefront of that but that will require the US government to stop denying justice for Harry.’

The Dunn family have said they will continue to pursue a civil claim against Anne Sacoolas in the US.

In a statement, a US State Department spokesman said they had worked with their UK counterparts from the outset to find a ‘mutually acceptable’ path forward.

The spokesman said they continued to engage with the UK to find a ‘reasonable resolution’.