Harry Potter extra in £435,000 inheritance fight with her mother

Harry Potter extra, 34, with Asperger’s is locked in £435,000 inheritance fight with her mother after she was cut out of her grandmother’s will because she ‘needs to stand on her own two feet’

An actress who appeared as an extra in the Harry Potter film franchise is locked in a a £435,000 inheritance fight with her mother after she was left out of her grandmother’s will.

Charlotte Hepworth-Bell, 34, who has also worked in EastEnders and Holby City is battling her mother Heather, 65, over the money she claims is owed to her.

The 34-year-old, who has been diagnosed with Asperger’s syndrome and also has OCD and crippling anxiety, claims she was left to ‘cope on her own’ as a child after her mother ‘ignored’ her needs.

Charlotte, who says she is not able to work a full-time job, relied on her grandmother Elaine Hepworth for financial support before her death in 2016.

But after she was left out of the pensioner’s will she is going head-to-head with her mother at the High Court over a £200,000 share. The money would be put towards buying her own home and becoming ‘financially independent’.

However, her mother says she should not receive anything because it is time for her to ‘stand on her own two feet’. 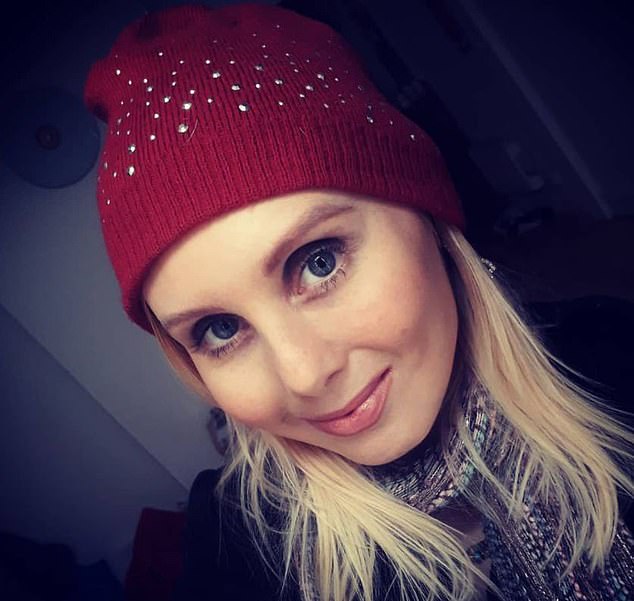 Charlotte Hepworth-Bell, 34, (pictured) from Hertford, who worked as an extra in Harry Potter, is locked in an inheritance battle with her mother Heather

The court heard that Elaine split her estate between her three children, with Heather receiving half, some of which, Charlotte claims, was meant to help her.

Heather, who denies she was a bad mother, has argued she only received a larger share than her sisters because she cared for Elaine before her death at the age of 84. 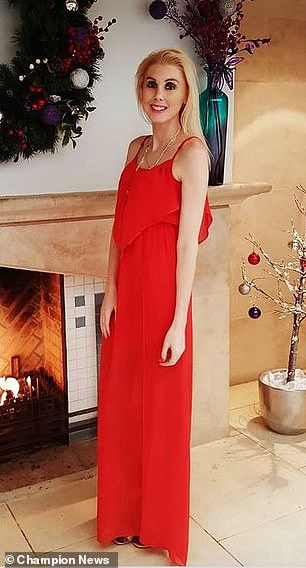 Despite having earned a degree in environmental biology, Charlotte claims her health conditions have forced her to rely on irregular and low-paid jobs such as a singer and a dog sitter.

Although also having made a few acting appearances as well, Charlotte told the court she had to rely on her grandmother to guarantee her tenancy on her Hertford flat.

In her final years, her gran paid more than £6,000 towards her rent, as well as buying her furniture, and although her mother had initially taken on the burden of those payments after the death of the gran, she had subsequently stopped paying.

It means Charlotte, unable to earn enough to cover the rent, has run up significant arrears and now faces the ‘unrelenting uncertainty of her existence’ in fear of being thrown out and left homeless.

She has now made a claim for ‘reasonable provision’ from her gran’s estate – which consists largely of her £310,000 former home in North Road, Hertford – under the 1975 Inheritance Act.

‘Without financial aid, I won’t have a home,’ she told the judge. ‘I have never been able to have a full-time job.

‘I have had part-time work, I have done extras work, I have worked with disabled people. These are things I enjoy, but they’re not lucrative careers.

‘I want to be financially independent from my family, because it’s terrible to not be.

‘To have my own place and not rely on the whims of my family, that’s my ultimate goal in this.’

Charlotte, who claims she felt ‘pressurised’ by her mother to earn more money, alleged that, as a child, her mother had failed to take her to the doctor despite her difficulties socialising and understanding other’s emotions, she claimed.

‘I was incredibly ill when I was growing up and I was ignored,’ she said.

‘It wasn’t until I was 23 and living on my own that I took myself off to the doctors.

‘I even said I was being bullied at school but I wasn’t allowed to change schools. In the end, I stopped going to school.’

Heather denied having left her daughter to ‘cope on her own’ and insisted both she and Charlotte’s father had done all they could to help her when she was a child.

‘We tried very hard to get her to have as many interests as possible, as many opportunities as possible,’ she said. 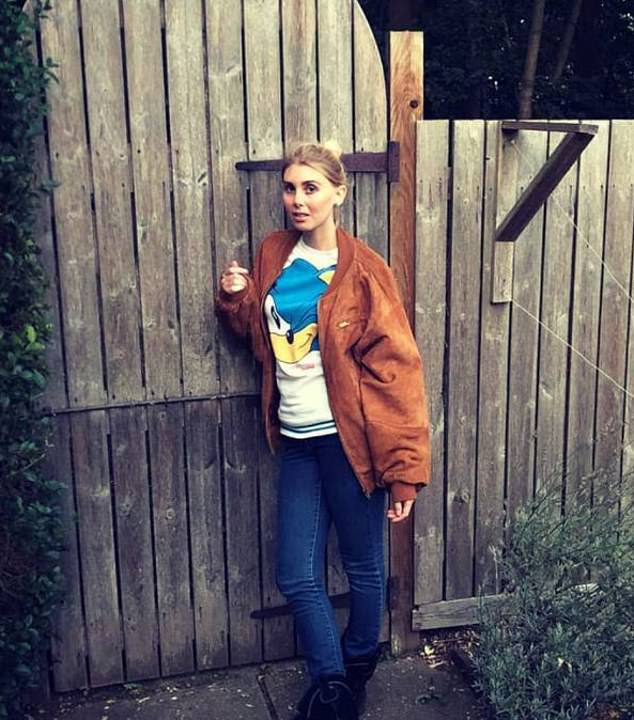 The 34-year-old (pictured), who has been diagnosed with Asperger’s syndrome and also has OCD and crippling anxiety, also claims she was left to ‘cope on her own’ as a child after her mother ‘ignored’ her needs

Her barrister, Ruth Hughes, argued that the grandmother did not understand what she was doing when she guaranteed Charlotte’s tenancy and did not expect to ever have to pay – only doing so when the landlord threatened to sue.

Charlotte was not a ‘dependent’ of her gran and does not need money for a home, as she already has her own, the barrister continued.

Hughes claims that Heather only stopped paying Charlotte’s rent when she discovered she had been living with her boyfriend David Jones – but Charlotte denies this and the couple are no longer together.

The barrister said: ‘Charlotte is intelligent and determined. She gained three A-levels at B to C grades and attended university.

‘She has a greater earning capacity than her current income suggests, not least because Covid has had an immediate impact on her pet business and her acting and singing career, which will in all likelihood be ameliorated when the current restrictions are lifted.’ 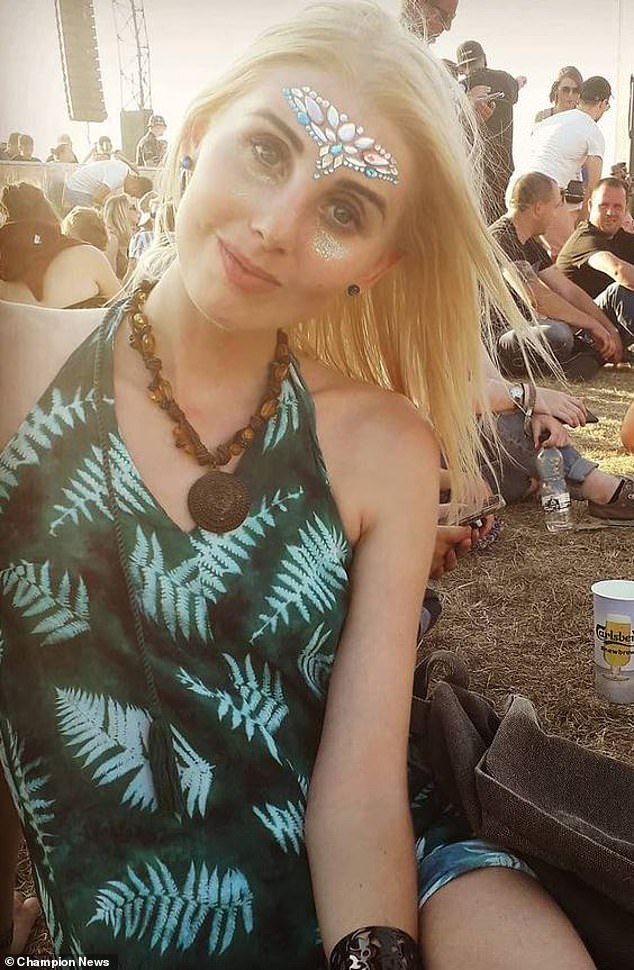 Despite having earned a degree in environmental biology, Charlotte claims her health conditions have forced her to rely on irregular and low-paid jobs such as a singer and a dog sitter

Hughes also said that Elaine’s final wishes should count for ‘a substantial amount’.

Elaine Hepworth’s will divided her estate between her children, Heather, Robin, 59, and Caprice Siddle, 68, with Heather getting half and her siblings a quarter each.

A fourth sibling, Joy Gilson, 67, got nothing and has already been involved in a court row over the will, the judge was told.

Heather told the court she believes Joy is the driving force behind Charlotte’s claim, but Charlotte denied that and Joy was not called to give evidence herself.

Caprice’s quarter share has been ‘ring-fenced,’ the court heard, so that any award to Charlotte will come from Robin and Heather’s shares.

The judge reserved his judgment on the case until a later date.