Shocking footage of battery hens living in cramped and filthy cages has been released by Dutch animal rights activists.

The video shows hens barely able to move in their cages, and appearing to show the remains of dead poultry in different stages of decomposition.

The undercover footage was shot last month by local campaign group Animal Rights at a laying hen farm in the village of Tollebeek in the Netherlands. 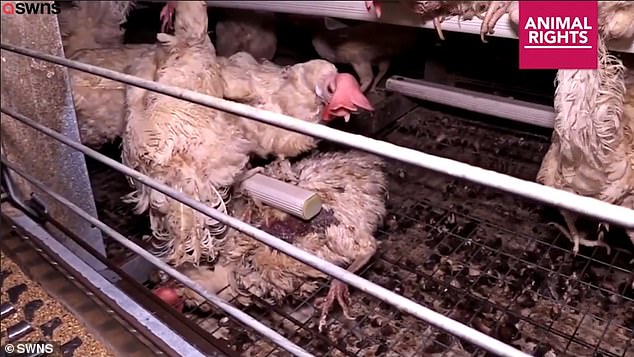 Shocking: This video footage was filmed by animal rights activists at a chicken and egg farm in the Netherlands 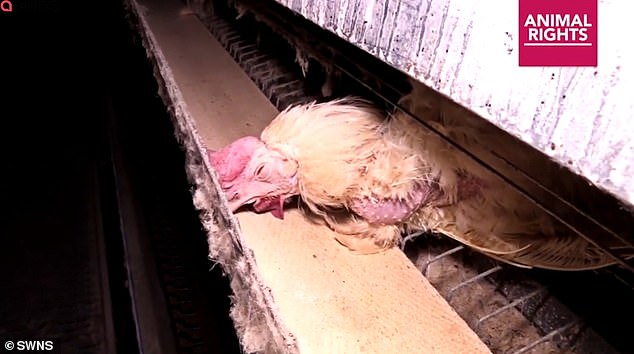 Unwell: The hens seen in the footage appear to have skin issues and many have lost feathers

Els van Campenhout, campaign coordinator at Animal Rights, said: ‘The laying hen belongs to one of the most abused animals in the entire livestock industry.

‘They can barely move in the cages and in no way express their natural behavior.

‘The unbelievable filth of the barn is the most striking thing, besides the suffering of the chickens.

‘There was a thick layer of dust on every surface and the atmosphere was stifling.

‘It is not difficult to imagine how a small spark can lead to the next catastrophic barn fire here. In the long rows of batteries, layer above layer, hens are dying.’ 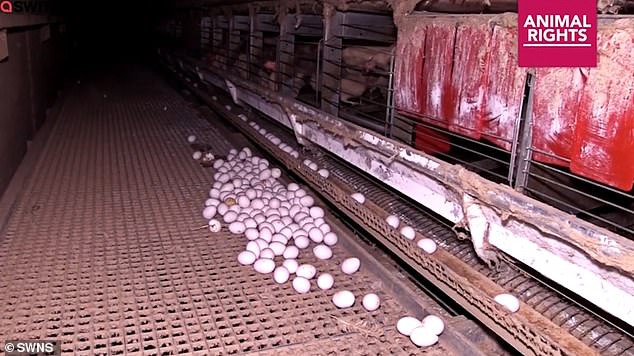 Battery farm: The video was shot at a battery hen farm in the village of Tollebeek in the Netherlands last month 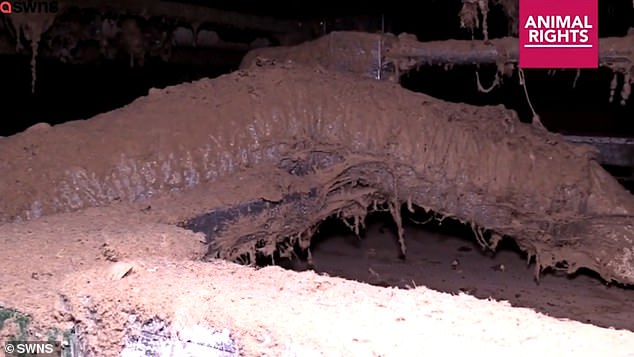 Bad conditions: Going by the video footage, the farm where dozens of laying hens are being kept appears to be filthy 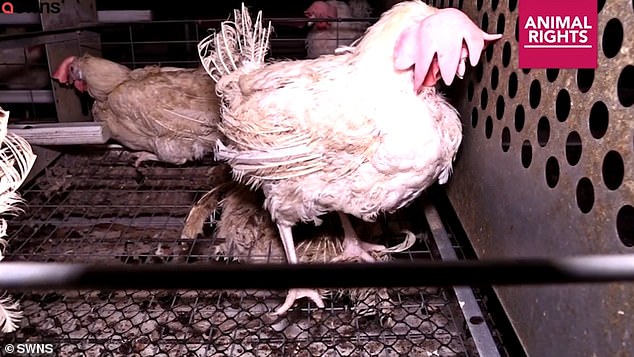 Allegations: The Dutch Food and Consumer Product Safety Authority launched an investigation after viewing the footage 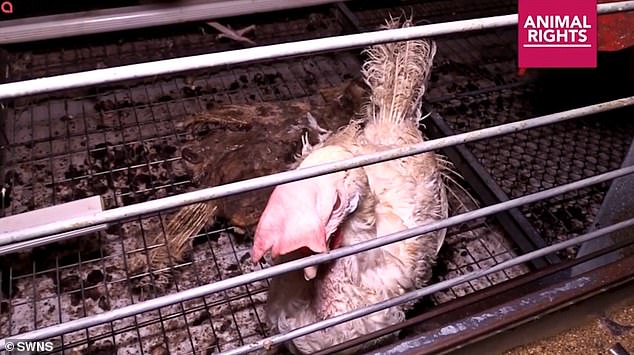 ‘All good’: An inspection concluded that the company meets the rules and regulations

The Dutch Food and Consumer Product Safety Authority launched an investigation into the allegations after viewing the footage from Animal Rights.

An inspection was carried out on November 14, but they ‘did not encounter anything irregular,’ a spokesperson for the Dutch Food and Consumer Product Safety Authority said.

‘The conclusion is that the company meets the rules and regulations.’

The EU-wide ban on battery cages came into force in January 2012, and dictates that all laying hens must have enough space to nest, scratch and roost.

However, despite the ban, it is thought that up to 300 million hens are still being kept in battery cages across the union, including in the Netherlands.

The farm and its owner have been contacted for comment.