HONG KONG (Reuters) – Hong Kong prepared for more clashes on Wednesday as anti-government protesters planned to paralyze parts of the Asian financial hub for a third day, with some transport, schools and many businesses closing after an escalation of violence. 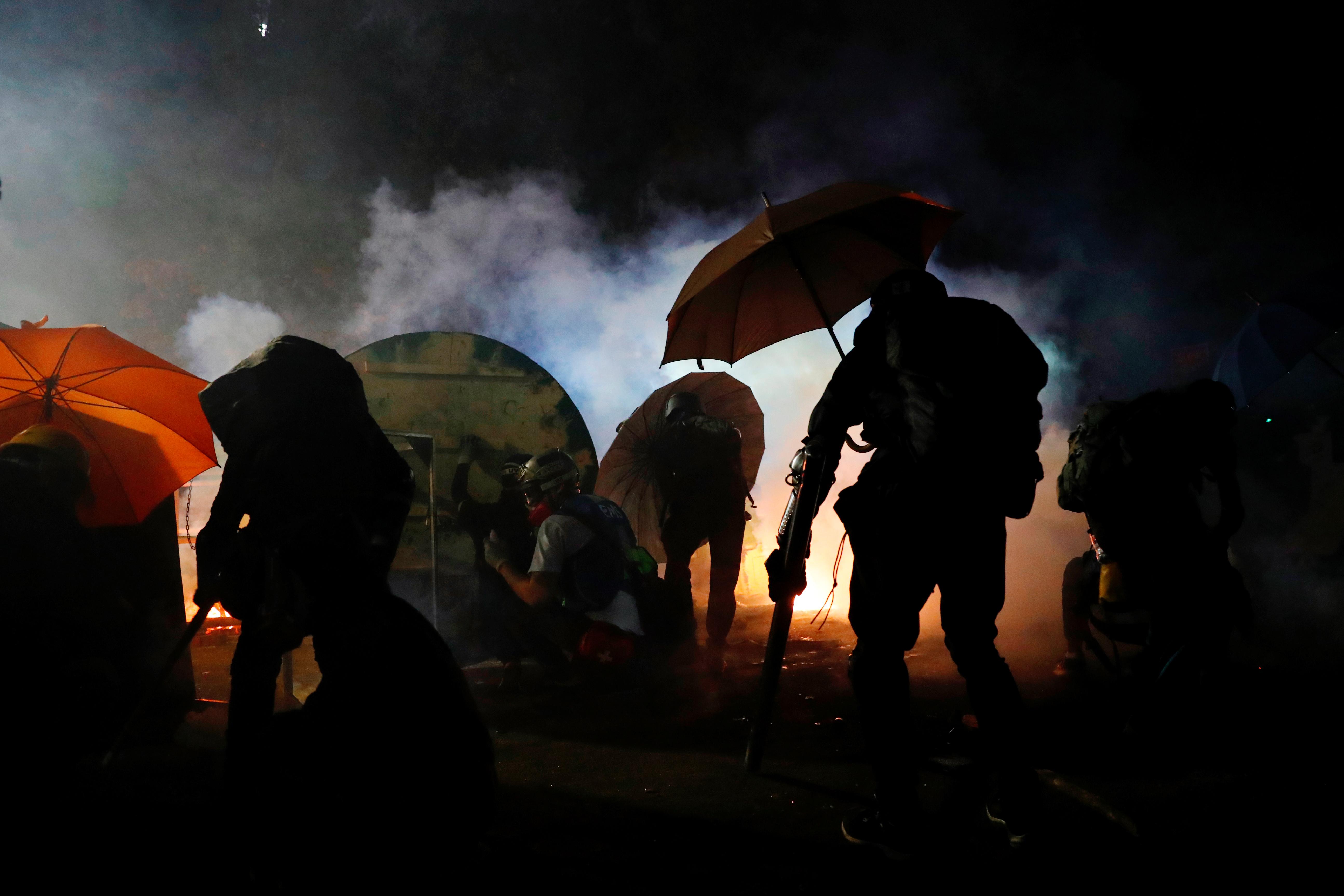 Following is the latest news from the protests:

– 21:51 p.m. (1351 GMT) on Tuesday: Clashes at Hong Kong’s Chinese University brought part of a major highway besides it to come to a halt after protesters hurled debris from a bridge.

– 1535 GMT Tuesday: Police say they have used “minimum necessary force” as the situation in Chinese University deteriorates with rioters throwing bricks and petrol bombs, as well as firing arrows and a signal flare at police.

– 1559 GMT Tuesday: Taiwan’s ruling Democratic Progressive Party (DPP) says in a statement that Hong Kong’s government has made the city “the shame of Asia” and a police city.

– 2025 GMT Tuesday: Broadcaster RTHK says the European Union called on all sides to show restraint and said a swift end to violence was paramount.

– 2313 GMT Tuesday: Transport Department says a total of 220 sets of damaged traffic lights are under urgent repair in various districts.

– 0035 GMT Wednesday: The Education Bureau says parents may decide whether their children go to school with some major transport routes seriously affected. It later announces all schools to shut on Thursday.

– 0037 GMT Wednesday: Legal team will help Chinese University file an injunction to stop police from entering the campus and use lethal weapons without university permission.

– 0100 GMT Wednesday: Police say rioters have set up roadblocks and are destroying public transport facilities in various places, leading to serious jams on many roads.

– 0148 GMT Wednesday: Hospital Authority says a total of 81 people injured in the 24 hours to 7.30 a.m., including 63 males and 18 females, aged from 10 months to 81. In addition, a man who police shot was in serious condition while a man doused in petrol and set on fire was in critical condition.

– 0210 GMT Wednesday: MTR Corp announces disruptions on the West Rail Line due to train door obstruction at various stations, and suspended services on the entire East Rail and Kwun Tong lines. Services on the Tung Chung, Tseung Kwan O and Ma On Shan lines are disrupted.

– 0254 GMT Wednesday: Hong Kong’s Secretary for Security John Lee says no places are excluded from the rule of law.

– 0330 GMT Wednesday: The marine police say they helped evacuate a number of mainland Chinese students from the Shatin campus of Chinese University.

– 0412 GMT Wednesday: Shenzhen branch of the Communist Youth League says on its social media platform it will offer free accommodation for up to 7 days and assistance to students wanting to leave Hong Kong.

– 0454 GMT Wednesday: South China Morning Post (SCMP) newspaper citing an internal email of the Hong Kong University of Science and Technology, says a shuttle bus service, to where a cross-border bus station to Shenzhen is located, has been arranged for those wanting to leave.

– 0514 GMT Wednesday: SCMP, citing Beijing’s Liaison Office in Hong Kong, says the city is “sliding into the abyss of terrorism” and a harsher crackdown is needed to restore order.

– 0520 GMT Wednesday: Taiwan President Tsai Ing-wen calls in a Facebook post for the international community to pay attention to the Hong Kong situation, which is out of control.

– 0538 GMT Wednesday: Police take away at least two people outside the Hong Kong stock exchange as more than 100 chant in a public square. Police arrest a few more outside an upmarket shopping complex in the finance district as people block roads.