AN UNSUSPECTING holidaymaker was left humiliated after his “designer” shorts dissolved before his eyes.

Dean Hague, 55, from Barnsley, South Yorks, was enjoying a day out at a waterpark in Portual when his swimming shorts split in half and began to disappear – leaving very little to the imagination. 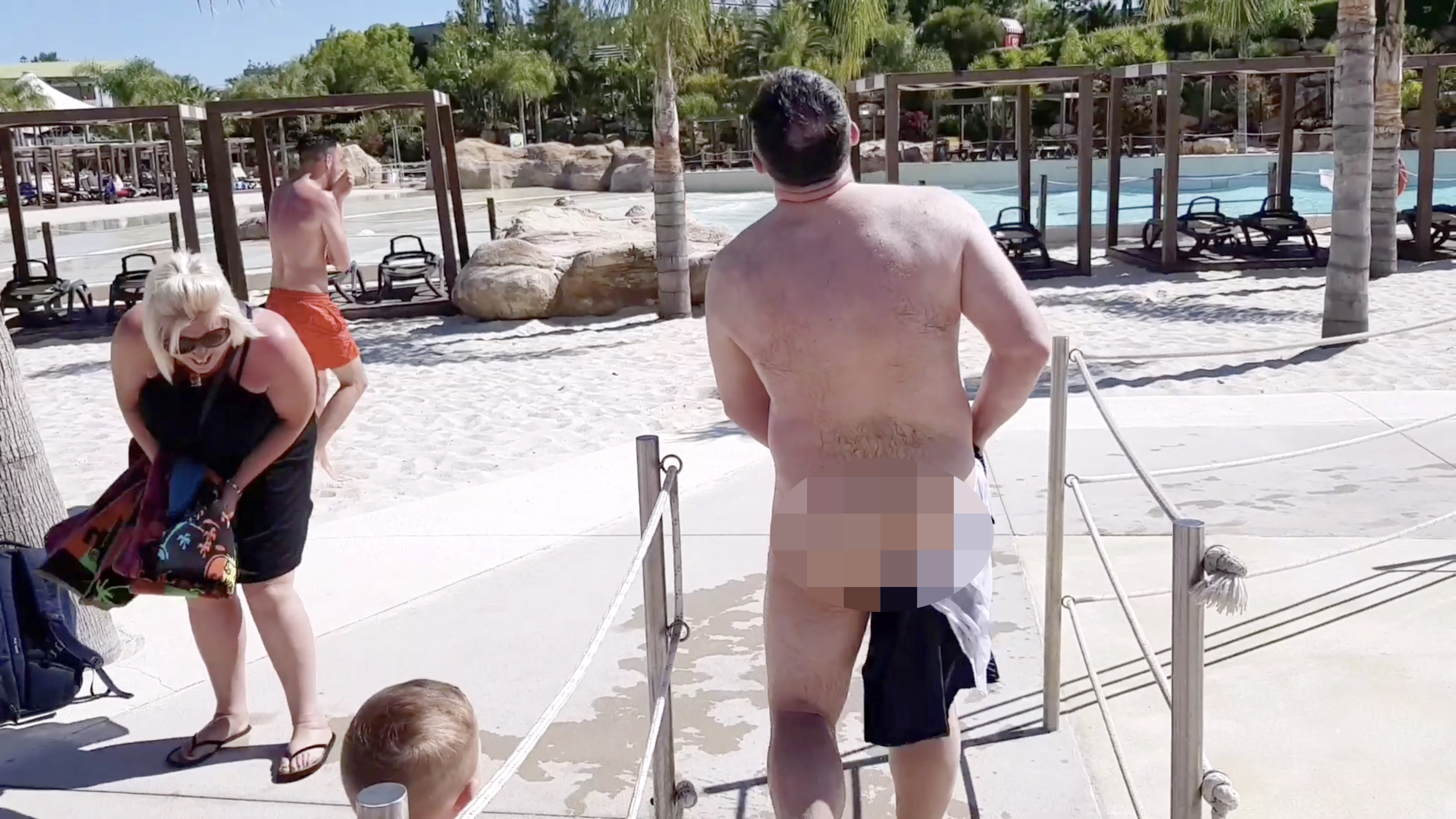 The father-of-three had been gifted the pair of “designer” shorts from his son-in-law Luke Whitham, 28, which turned out to be a pair of prank, dissolving shorts.

Luke had plotted the embarrassing trick with Dean’s wife, Lynne, 50, and daughter, Bethany, 30, behind his back – and the whole party of 12 holidaying together were there to see it.

The curious case of the disappearing trousers – which was all caught on camera – started when Dean walked from a flume, panicking as his shorts began to disappear. 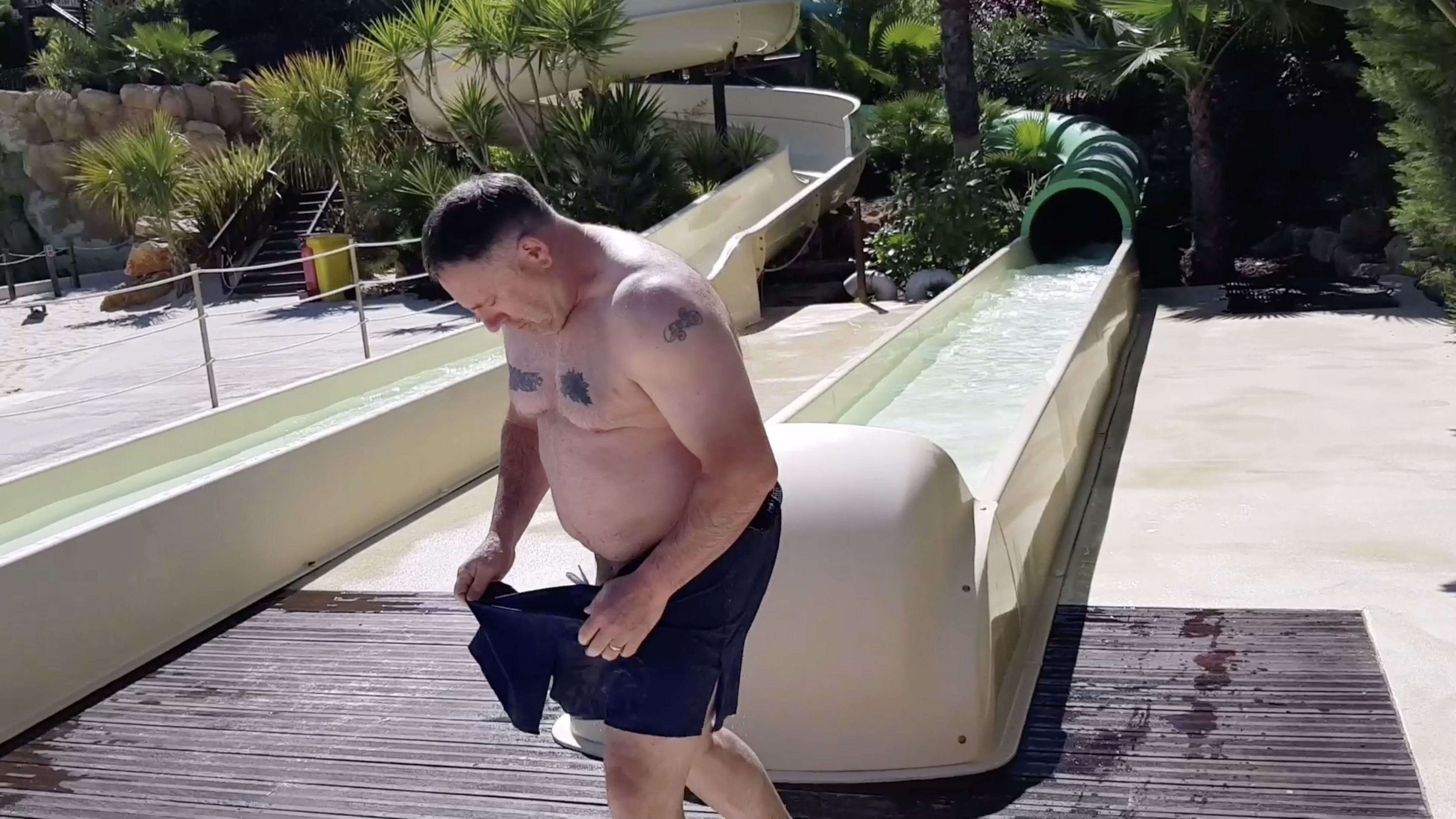 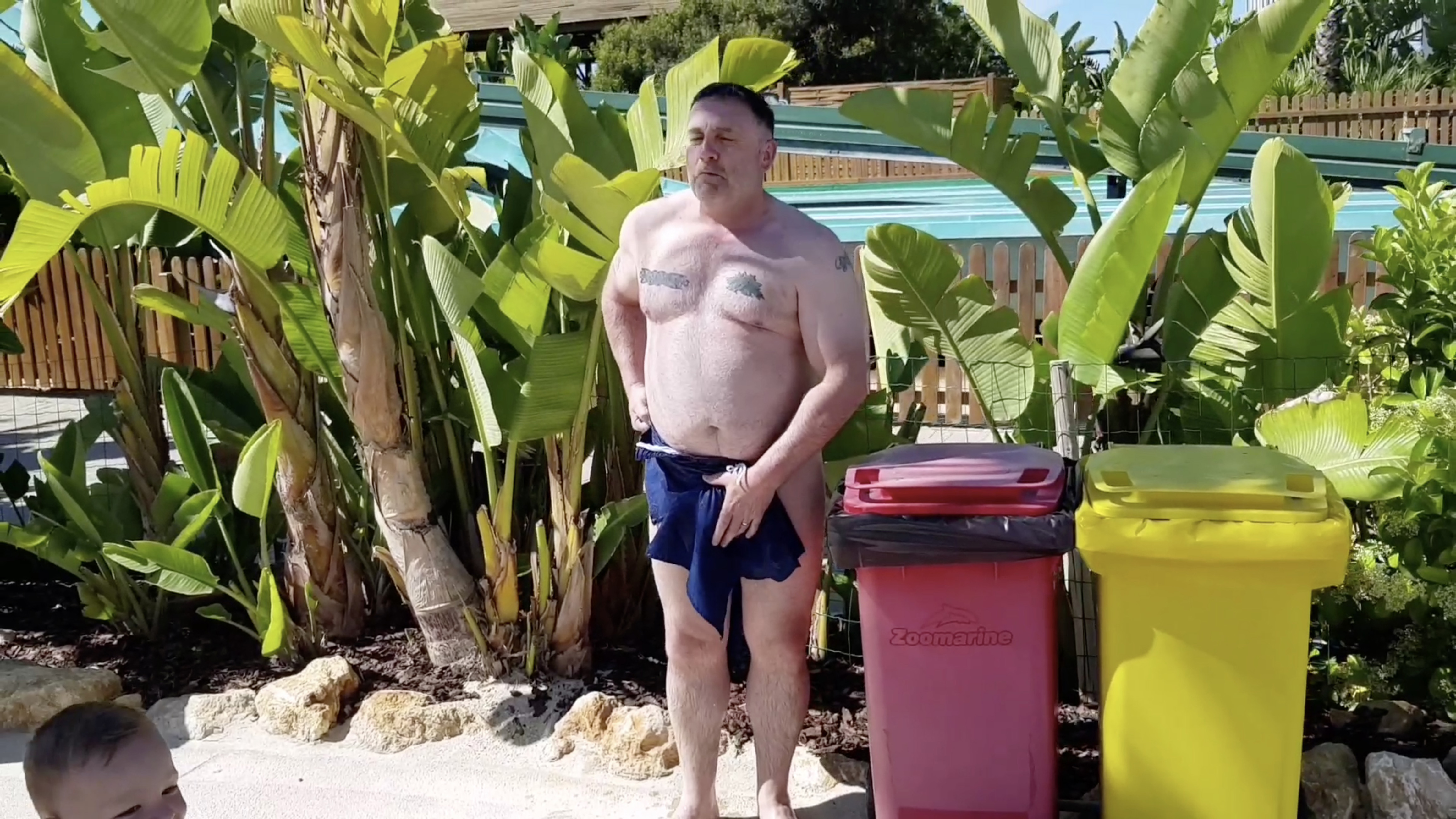 The lab technician was left revealing his bare bum while desperately trying to cover his modesty.

Fortunately the prank did not fall short, and Dean appeared to laugh along as quickly realised he was quite literally the butt of the joke.

Luke, also from Barnsley, said of his father-in-law: “He’s one of those who isn’t too fussed about what he wears so his wife buys all his clothes.”

“She said told him I’d bought him some nice shorts and he thought they were designer. He was blaming Lynne at first.” 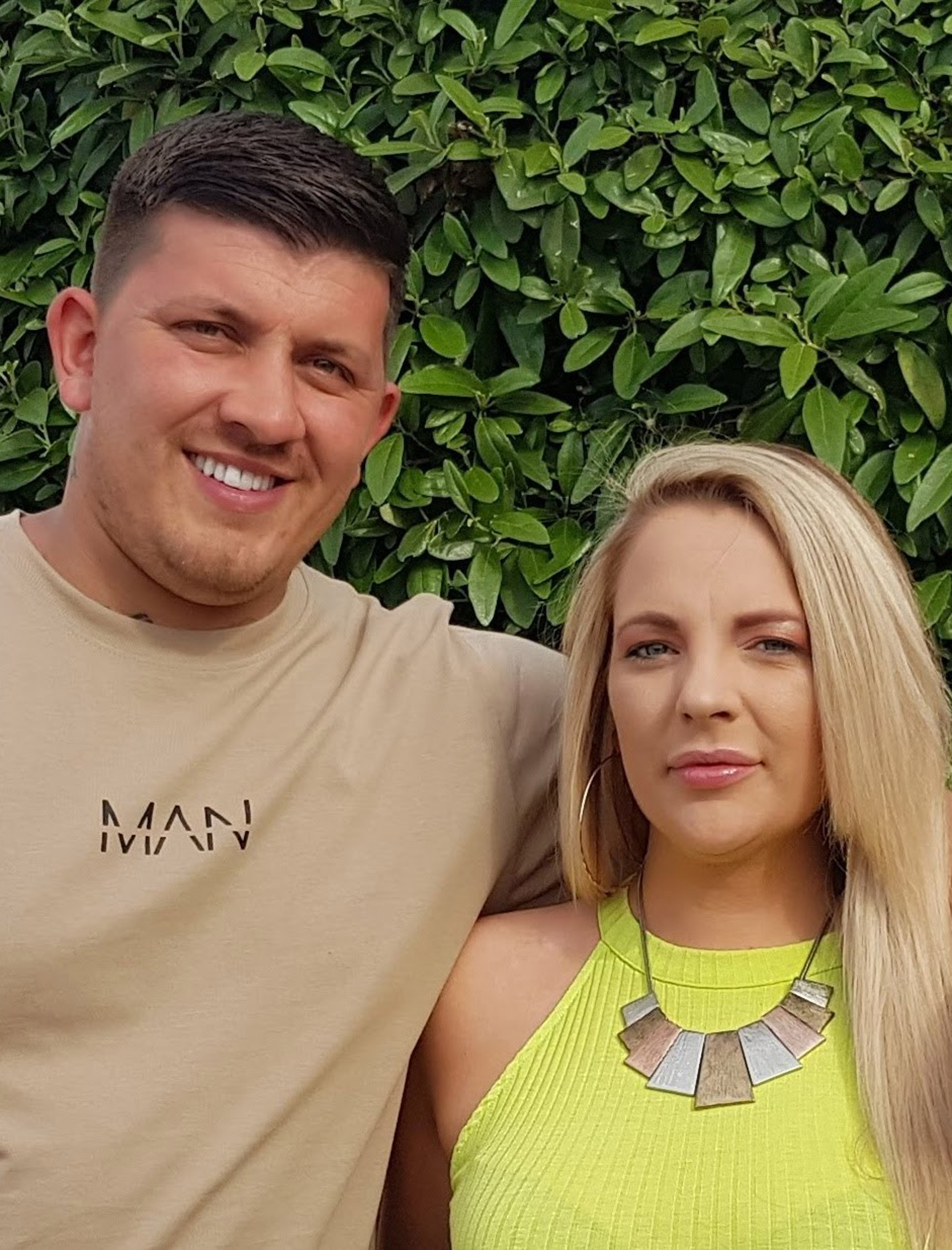 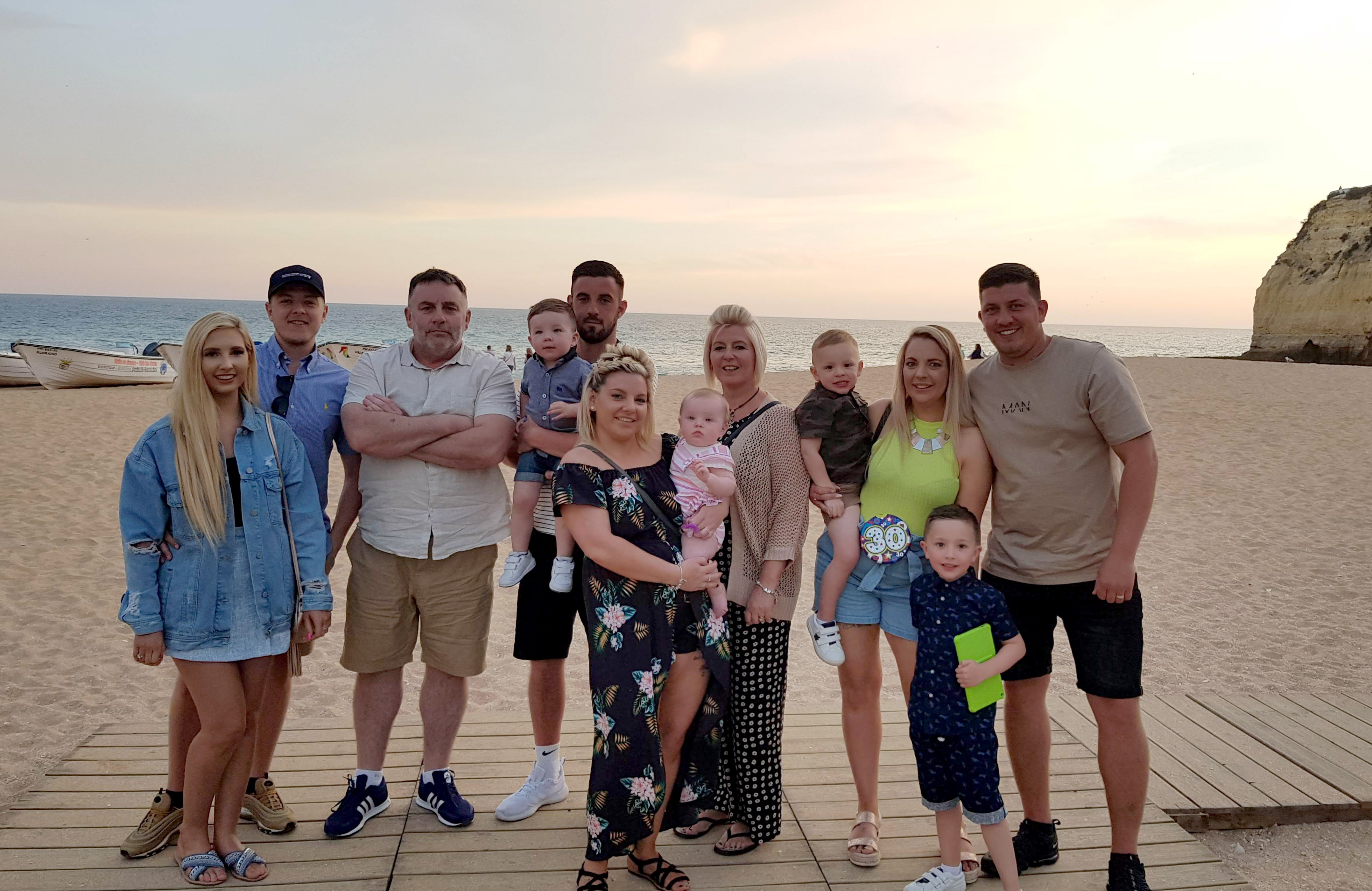 Prankster Luke bought the pair of £23.99 shorts from eBay and concocted a plan for Lynne to save them for the day at the waterpark.

The dad-of-four said: “He came down the slide and got stuck and we were all laughing so he thought that’s what we were laughing at – but we knew what was going to happen.”

“The shorts started to split and we were laughing our heads off. He was so embarrassed because all the lifeguards were laughing at him.”

“He hid behind a bin to try and get out of public view but all 12 of us were there with our cameras out.”

“He is a prankster but he’s never done anything like this to me and I know to be aware now.”

“If you know him, it couldn’t happen to a better person because he’s got such a good sense of humour.” 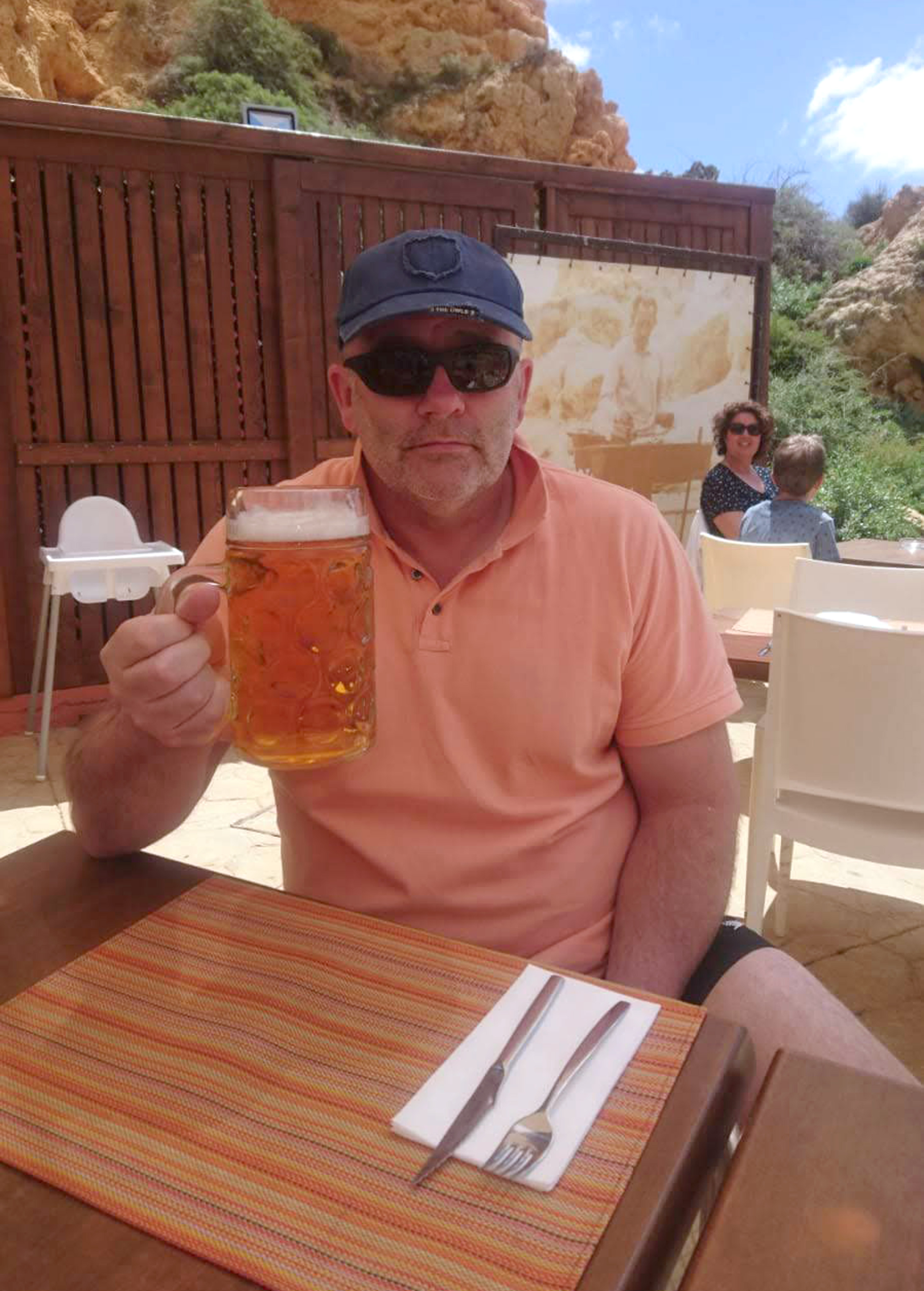