Hong Kong: Authorities in Hong Kong are considering banning a political party that advocates the city's independence from China, an aggressive move that adds to concerns about growing restrictions on political freedom in the territory.

The two-year-old political party, the Hong Kong National Party, is small, claiming at most a few dozen members and no elected lawmakers. 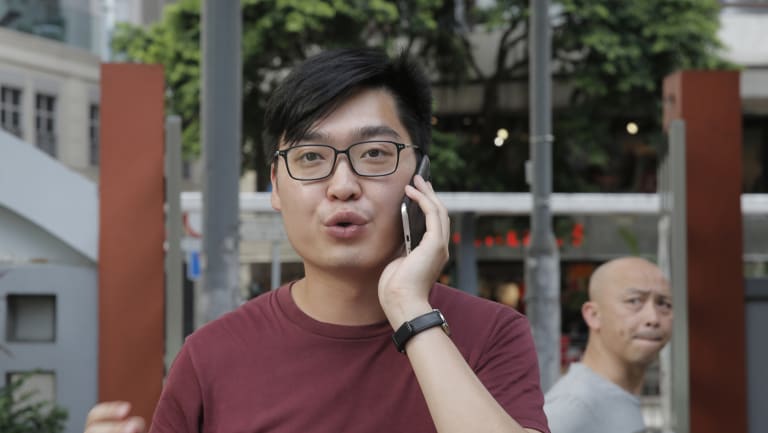 Leader of the Hong Kong National Party Andy Chan speaks on his mobile on Tuesday.

The government has previously placed restrictions on the party, barring its head, Chan Ho-tin, from running for office two years ago.

Hong Kong Security Secretary John Lee said on Tuesday that the government was reviewing whether to ban the party under the territory's societies ordinance, which authorises the prohibition of groups for reasons such as national security, public safety and public order. 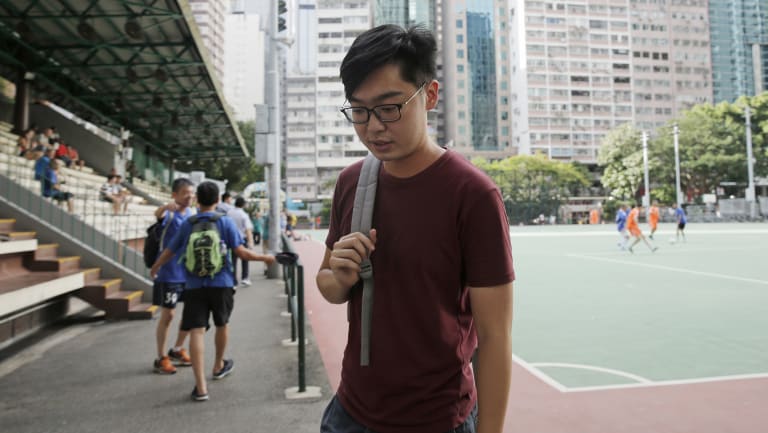 Hong Kong authorities have told Andrew Chan’s political party it might be banned on national security grounds in one of the most severe steps against separatist voices since the territory returned to Chinese rule in 1997.

"In Hong Kong we have freedom of association, but that right is not without restriction," he said.

Lee said he was still considering whether to impose the ban and had given the party 21 days to respond.

When it was a British colony, Hong Kong prohibited branches of the Chinese Communist Party and the Kuomintang, the party that had long ruled Taiwan.

But since the 1997 handover of the territory to China, the law has been mostly used in crackdowns on organised crime. Lee said this would be the first time since the colonial era that the societies ordinance would be used against a political party.

The Hong Kong National Party said it expected such a move from "an increasingly insecure government, who even now hides behind the veneer of 'law and order,'" according to a statement posted on its Facebook page.

"Today we Hong Kongers stand in opposition to our enemies, these Chinese colonizers and their puppets in the current Hong Kong government, and it is this antagonism that defines our movement," the group said.

Hong Kong maintains its own local political system, with far greater freedoms of speech, assembly and association than exist in mainland China.

But many Hong Kong residents fear that those freedoms, which exist under a model known as one country, two systems, are deteriorating under China's authoritarian government under President Xi Jinping.

The failure of large-scale street protests in 2014, known as the Umbrella Movement, to force the government to expand direct elections helped stir calls for Hong Kong's independence by some activists.

The local government has tried to tamp down such sentiments, barring some candidates who have called for independence or self-determination from running for office.

China's national legislature has also toughened laws against disrespecting the national anthem. In Hong Kong, where soccer fans often boo the Chinese national anthem, the local government must decide how to carry out its own version of the legislation.

Claudia Mo, a pro-democracy lawmaker, said she believed the decision to ban the party was a foregone conclusion and warned it would cast a chill over all political expression in Hong Kong.

"It's a blatant decision on the part of the government to tell Hong Kong people and the rest of the world that this is the end for Hong Kong; there's no more one country, two systems," she said. "The law is in their hands, and they can do whatever they want with it."