HONG KONG (Reuters) – Hong Kong police arrested an 18-year-old man after he fired a single shot with a pistol at officers late on Friday evening, in an incident police said they suspected was linked to anti-government protests that have convulsed the city. 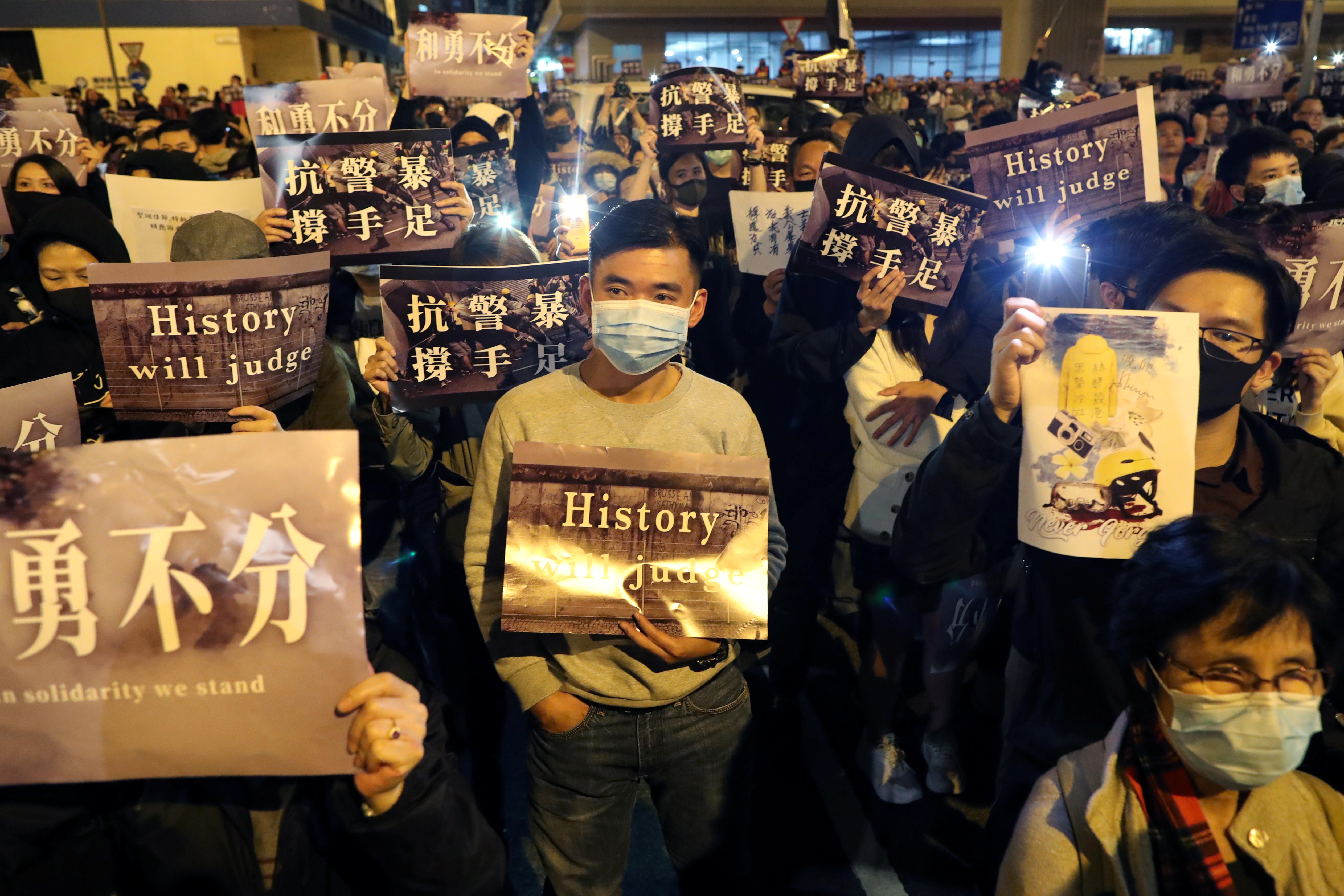 Steve Li, a Senior Superintendent of the Police Organised Crime and Triad Bureau said early on Saturday that the man had been subdued by police after he’d fired a shot in the northern Tai Po district. No one was injured.

A search of a nearby flat revealed a cache of weaponry including a semi-automatic rifle and bullets. Li added that there were signs this case was linked to other recent seizures of firearms and explosive devices including on Hong Kong island.

“At the moment, all we know, our information shows he was hoping to use it during a protest and cause chaos and to hurt police officers,” Steve Li, a senior superintendent of the Police Organised Crime and Triad Bureau, told reporters on the scene.

A police spokeswoman said no charges had yet been formally laid.

The shooting incident comes ahead of more planned anti-government protests this weekend including calls to disrupt shopping malls, and a protest in Yuen Long district to mark the five-month anniversary of an attack in a train station by an armed mob who beat up innocent bystanders and protesters.

The protesters are angry at perceived Chinese meddling in the city’s freedoms guaranteed under the “one country, two systems” formula when it returned to Chinese rule in 1997. China denies the charge.

On Friday evening, hundreds of Hong Kong anti-government activists gathered outside a detention center, demanding the release of arrested activists and denouncing a police crackdown on a fund-raising platform supporting protesters in need.

After a relative lull in sometimes violent protests that have gripped the former British colony over the past six months, some protesters were alarmed by police moves to freeze HK$70 million ($9 million) in bank deposits held by Spark Alliance, a fund raising platform used to make donations for the protests. Four people were arrested on money laundering charges that Spark Alliance denied.

Hong Kong’s Education Secretary Kevin Yeung said on Thursday 80 teachers had been arrested since the anti-government protests started. He urged schools to suspend any teachers suspected of serious offences.