Tourists, students and a pregnant woman were trapped in the falling lift car – which finally came to a halt around 950ft below. 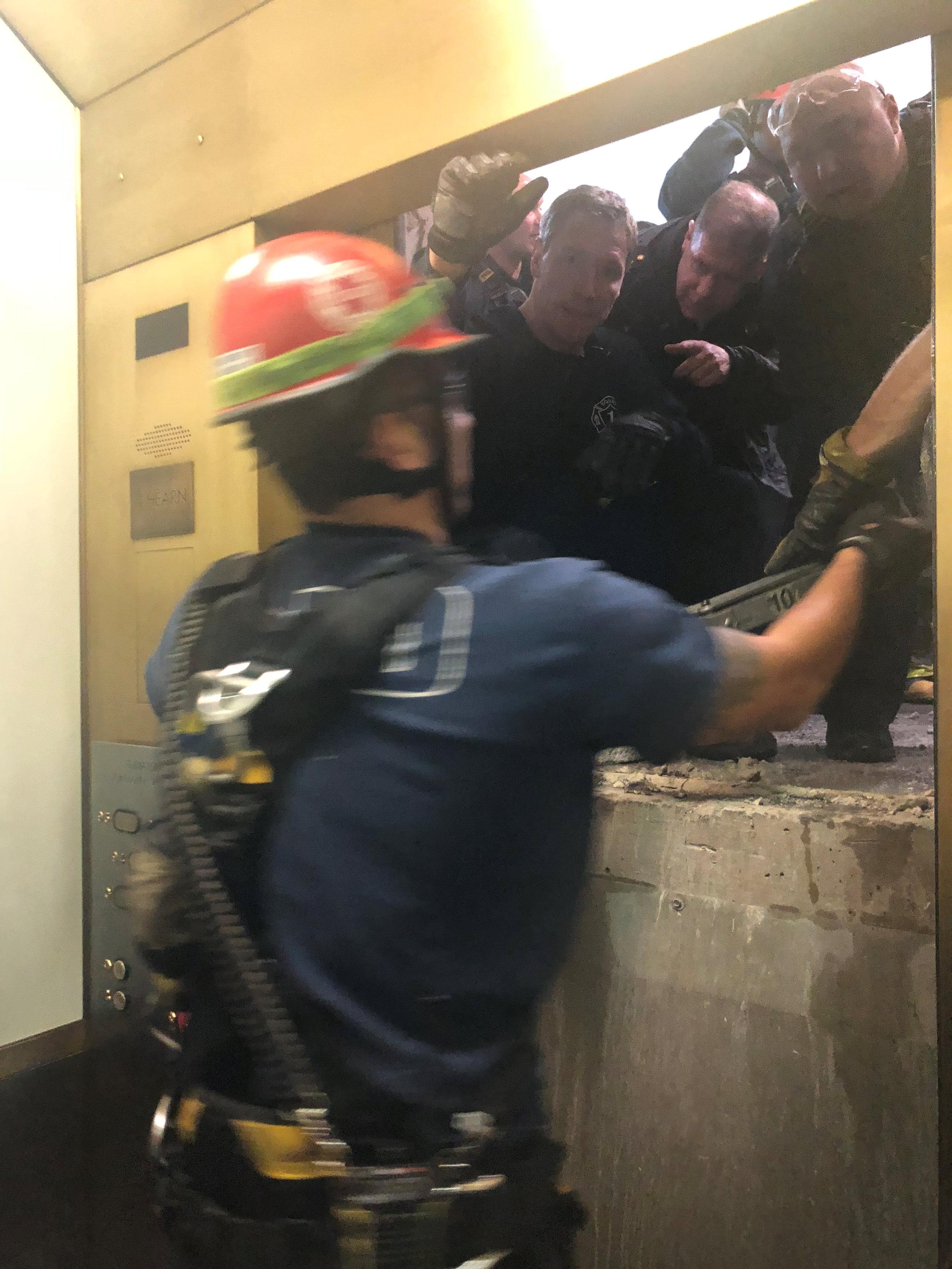 Firefighters had to smash through a wall from a car park to rescue the occupants after three terrifying hours.

They got into the lift after dining at the 95th floor panoramic Signature Room restaurant at the 1,128ft John Hancock Center – now known as 875 North Michigan Avenue – on Friday night.

Jamie Montemayor, who was visiting from Mexico City, told CBS: “I believed we were going to die. 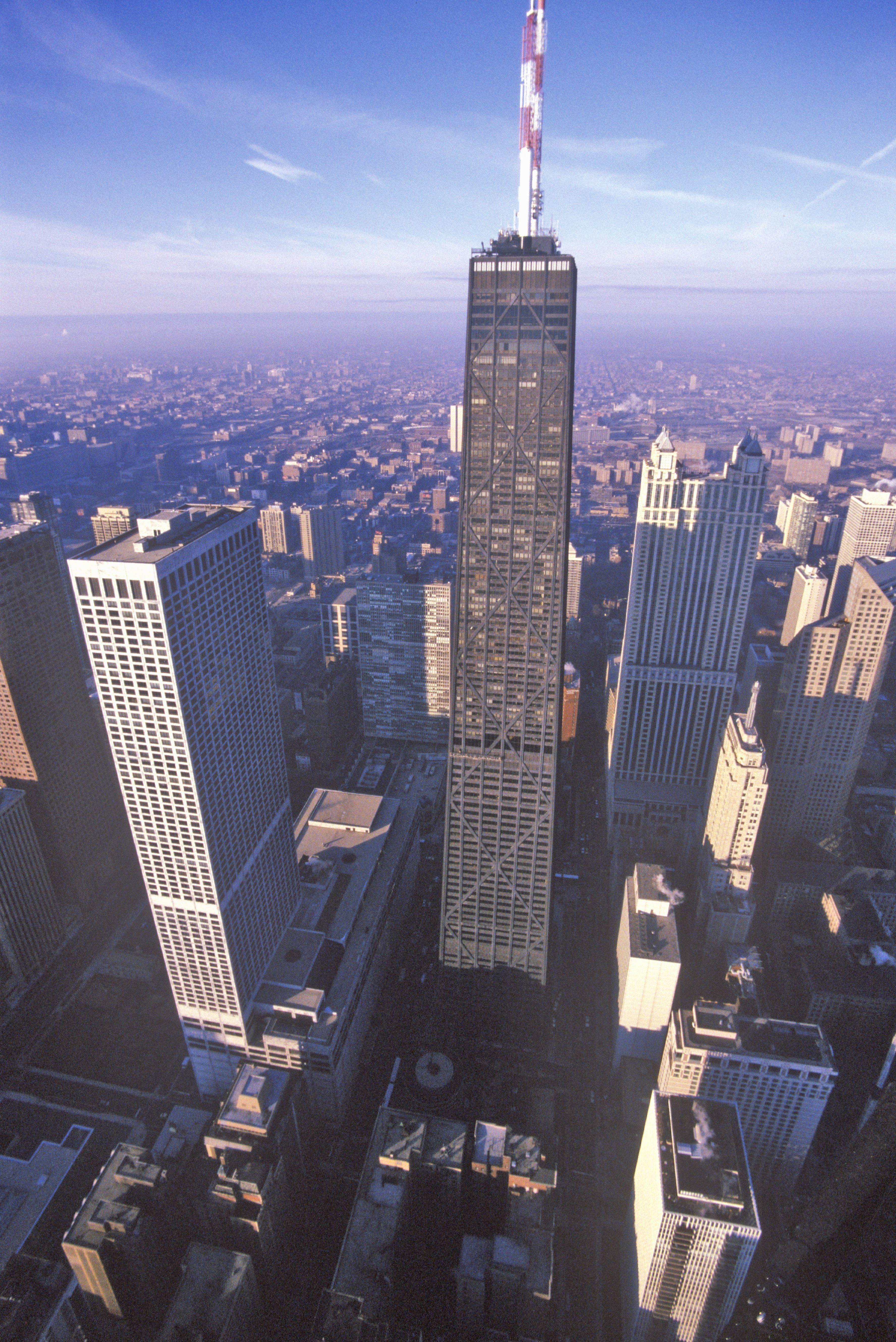 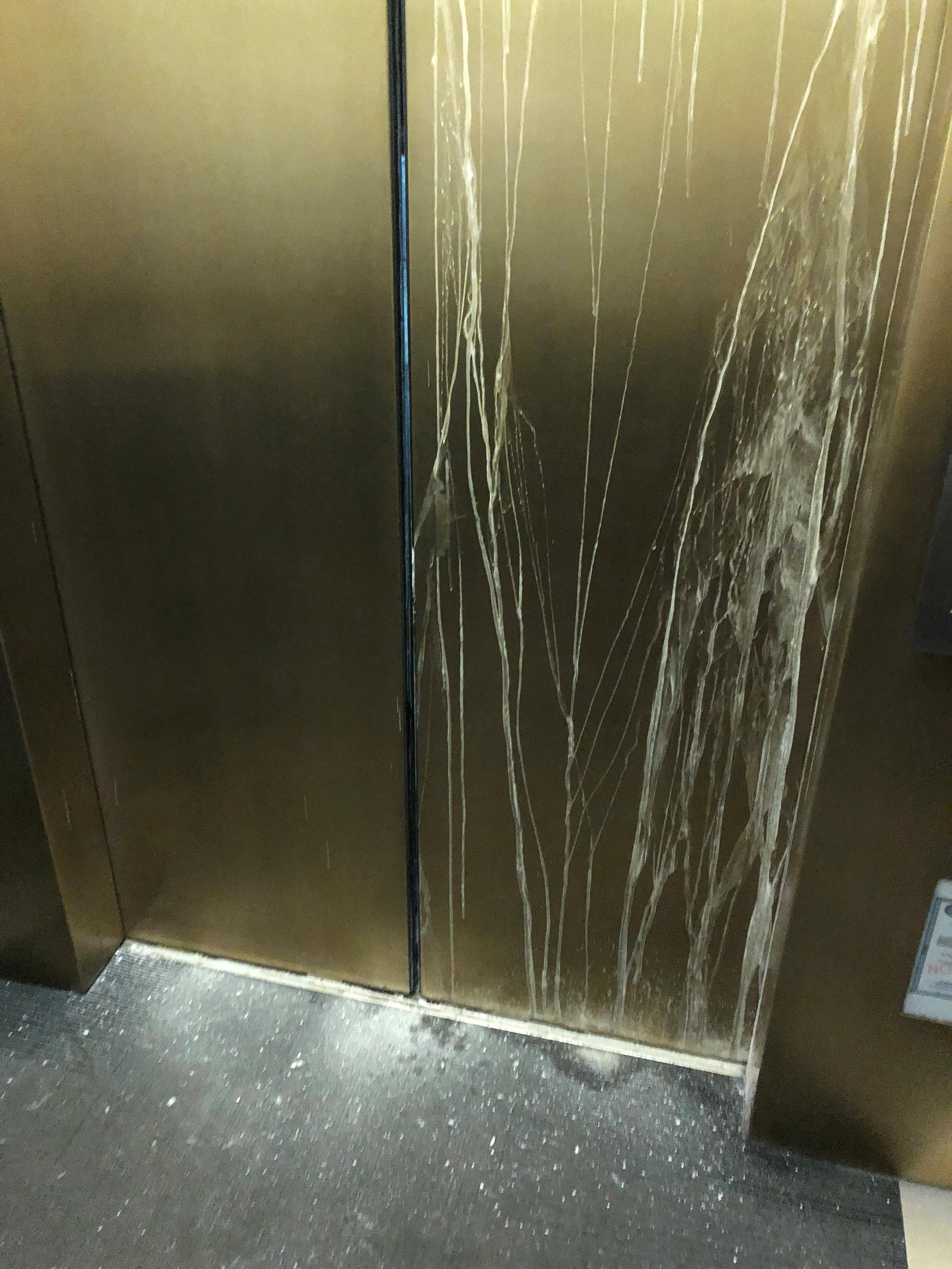 When dust particles started falling from the lift ceiling, his wife Mana Castillo said she feared the worst.

She told the Chicago Tribune: “I knew something wasn’t OK.”

They did not know until afterwards how far they had fallen.

One of the hoist cables had snapped, sending the lift car rattling down the shaft, but other cables stopped it from crashing to the bottom.

The car stopped between the 11th and 12th floors in a "blind shaft" where there are no access doors.

Fire crews drilled a 5ft by 5ft hole through the wall to reach it. A student trapped inside filmed the moment rescuers prised open the doors at 3am.

Mr Montemayor said: “When they opened the door, the feeling was, Thanks, bud!” 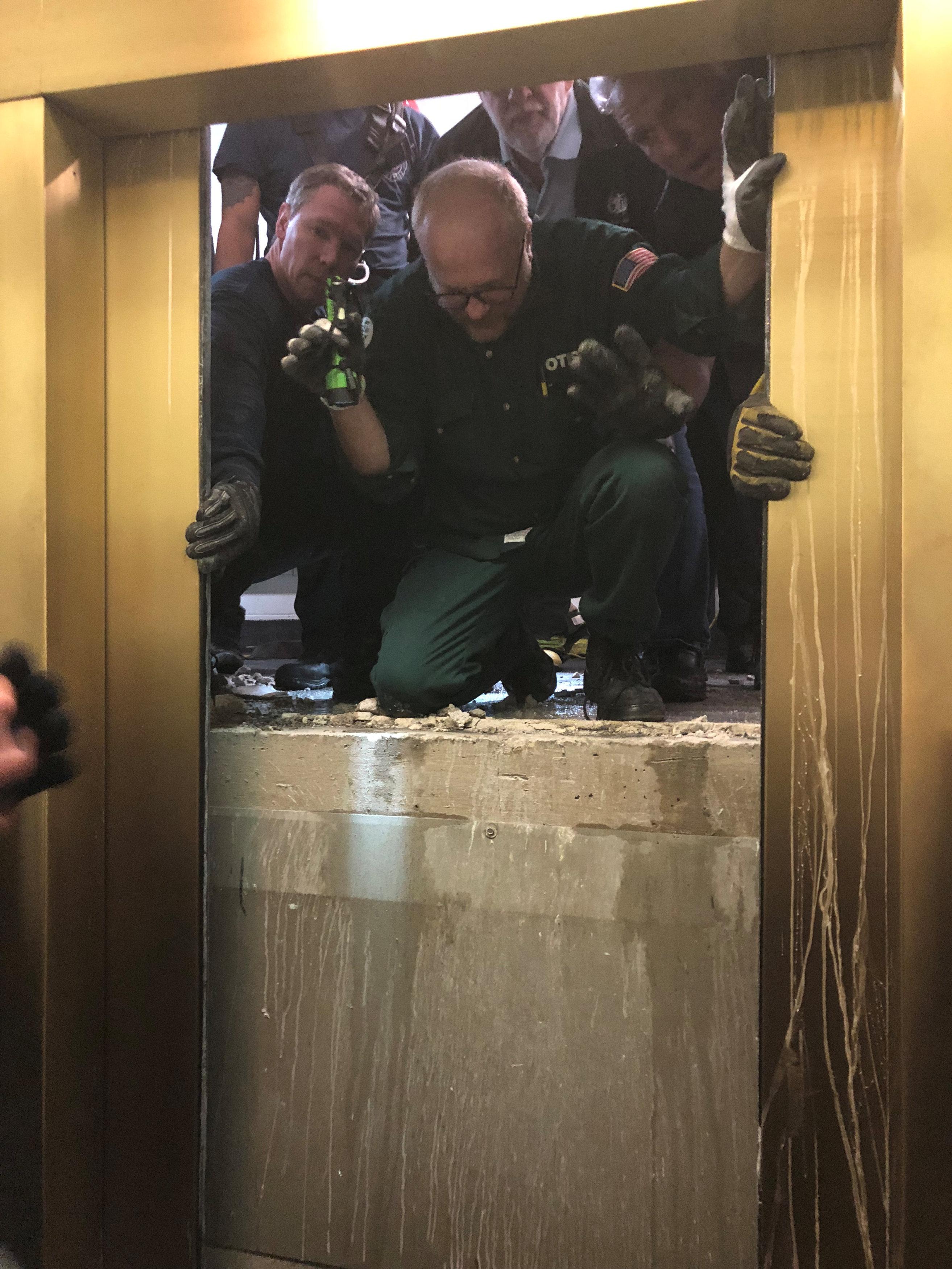 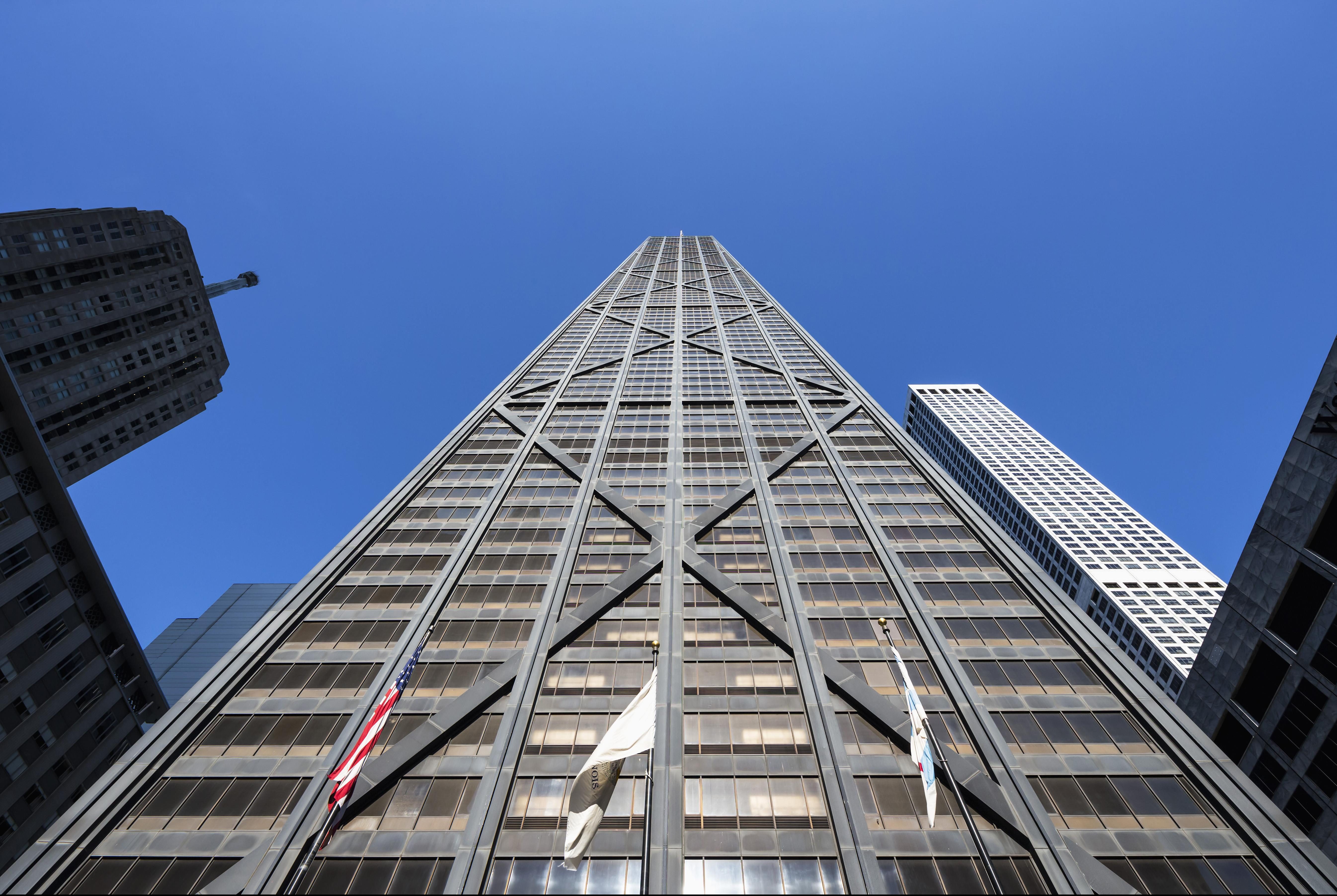 No one was hurt but one passenger was treated for anxiety after the ordeal.

Fire Chief Patrick Maloney told CBS: “It was a precarious situation where we had the cable break on top of the elevator (and) we couldn’t do an elevator-to-elevator rescue, we had to breach a wall.

“We don’t like to have to go through walls unless it’s absolutely necessary.”

Fire Department spokesman Larry Langford told the Chicago Tribune: “The only other way to get to the elevator would have been ropes from the 97th floor, and that would not be safe.

“We don’t come down like Batman, so we must go through the wall.”

The 100-storey John Hancock Center – standing 1,500ft including the TV aerials – was the second tallest building in the world when it was topped out in 1968 and is now the ninth tallest in the US.

The lifts to the restaurant and observation deck are said to be the fastest in North America, rising 95 stories in 38 seconds – enough to make passengers' ears pop.

In 2016, eight people were killed when a lift plunged 18 storeys at a tower under construction in China.