A CALIFORNIA trophy hunter who killed an elephant and ate a piece of it for dinner says he’s being abused online after PETA released the video of his hunt, promoting a state bill seeking to ban such acts.

Aaron Raby, from Los Angeles, paid more than $30,000 to travel to South Africa in December of 2019 to kill the endangered animal, even paying roughly $10,000 extra to have its head preserved as a souvenir. 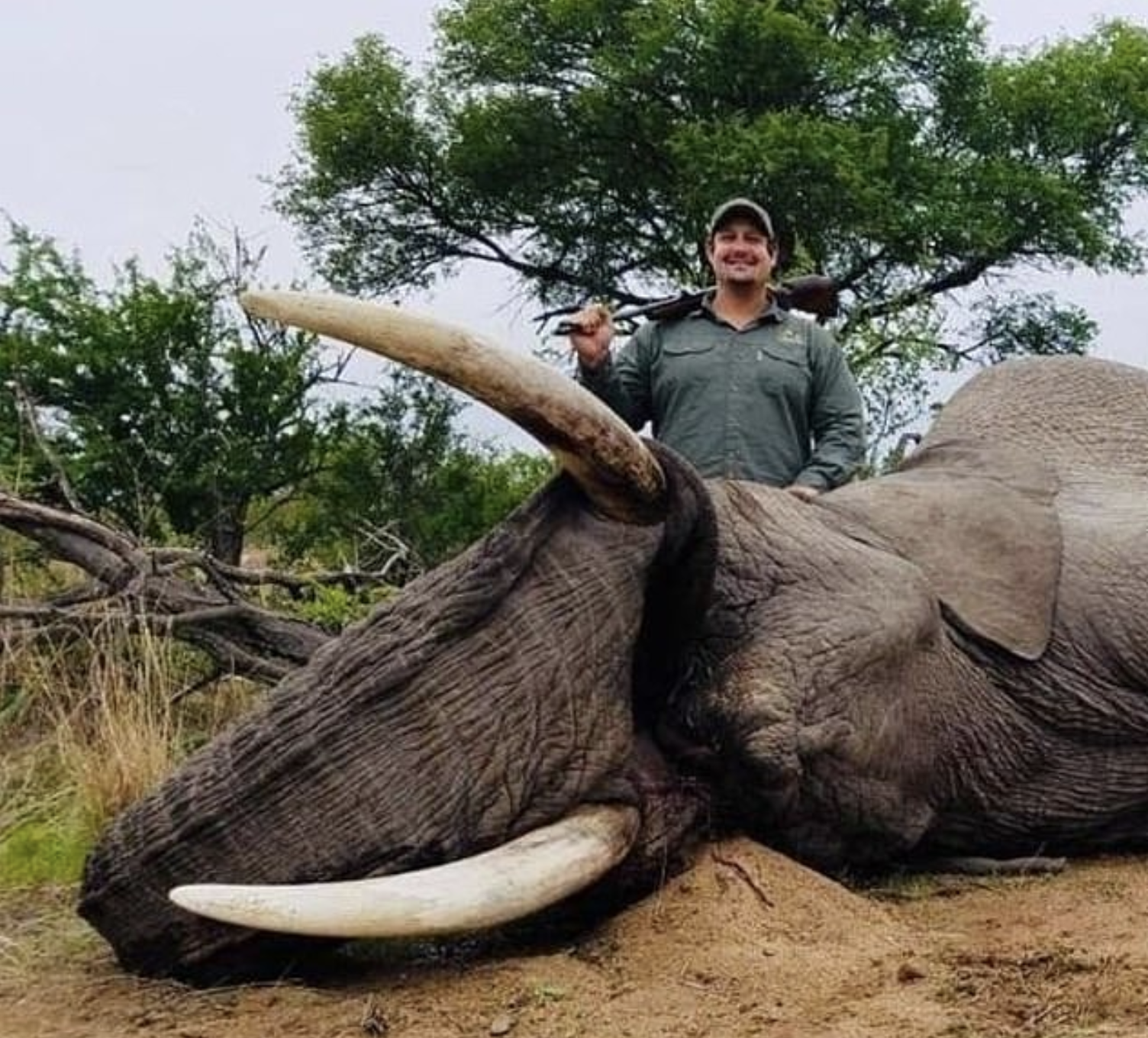 Hours after killing the elephant he said he had a piece of it for dinner, with a side of tomato and avocado.

On Monday, the People for the Ethical Treatment of Animals (PETA) released the video of Raby’s killing in a bid to pressure lawmakers to pass a new legislation.

Senate Bill 1175, seeks to ban hunters from ever getting and keeping animal trophies, like Raby’s $10,000 elephant head souvenir. The legislation passed the state Senate and is expected to pass the Assembly on Tuesday.

The bill would prohibit the importation and possession of animal parts from a list of endangered and threatened African species, which include elephants, lions and rhinos. 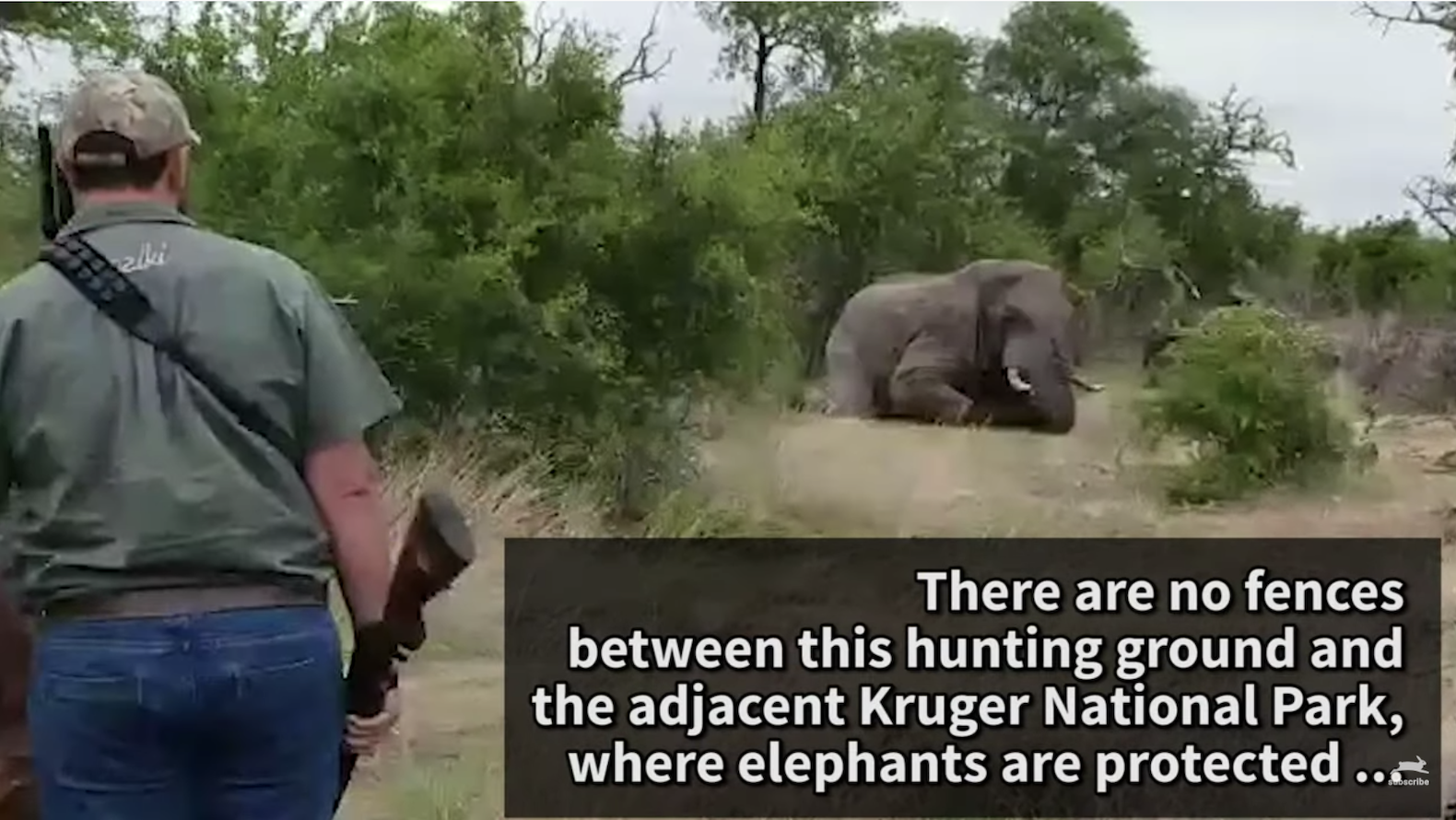 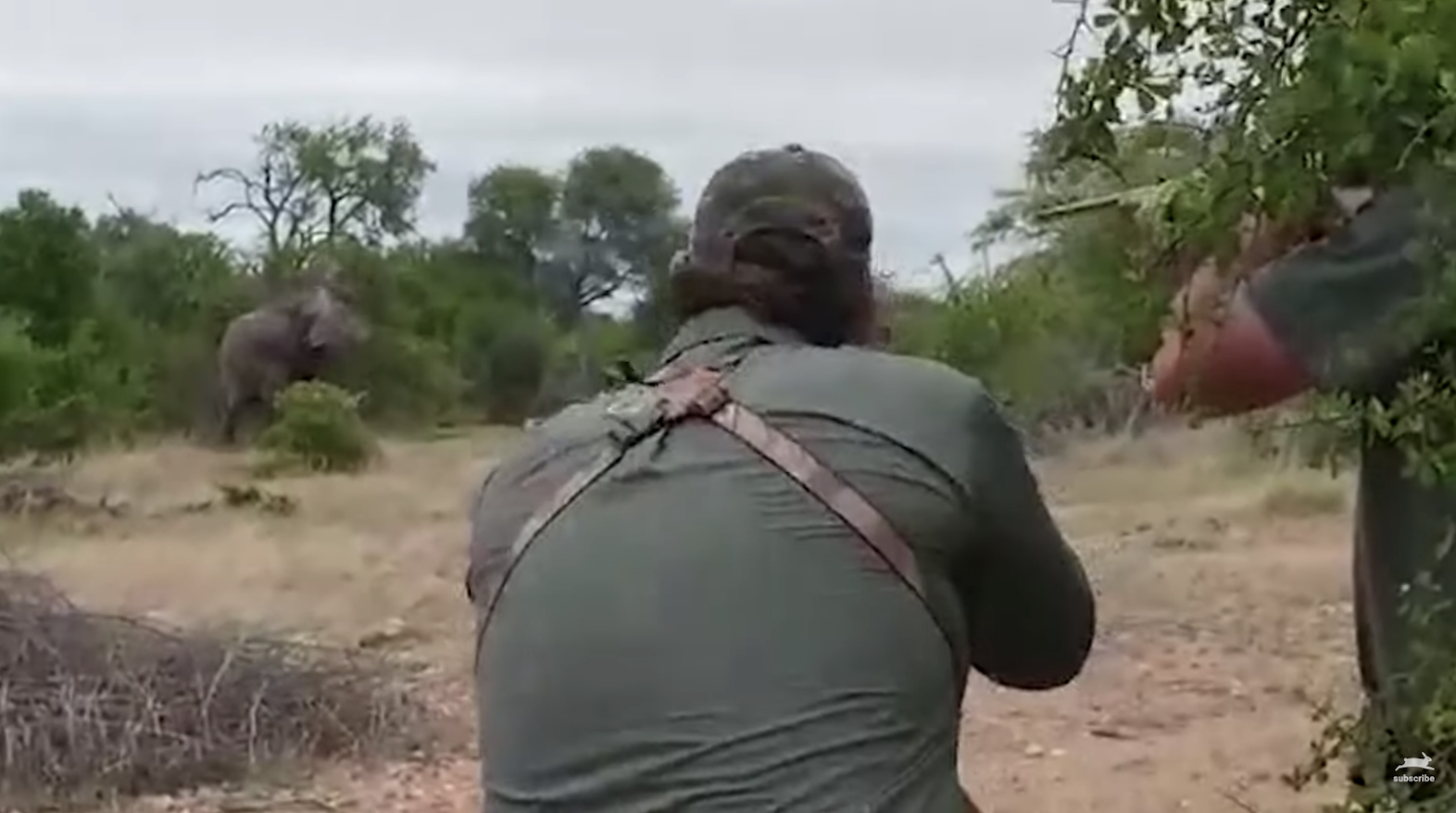 “I don’t understand why this is anybody’s business but my own,” Raby told the Los Angeles Times.

“What I did was legal. I didn’t break a law. They’re going to place a ban because a bunch of … crybabies that don’t like hunting.”

Democratic Senator, Henry Stern, who championed the bill through the Senate said, “It’s time to wake up and realize that we’re in the middle of a mass extinction event.”

He says he’s confident Governor Gavin Newsom will sign the bill this year.

Raby has killed hundreds of animals across North America, as well as in Europe, Africa and Russia. He faced public criticism, threats and harassment after posting a photo of himself with a lion he killed in the past.

The video shared by PETA shows a lone young elephant walking in a hunting ground near Kruger National Park, where elephants are protected.

Although, the hunting area and park are not separated by a fence meaning animals can become vulnerable by crossing into the wrong territory.

Raby points his gun and shoots and when he fires the elephant falls to its knees as the group of hunters begin to move closer.

Over the course of the video, Raby shoots the elephant four more times, with three hitting the animals head. 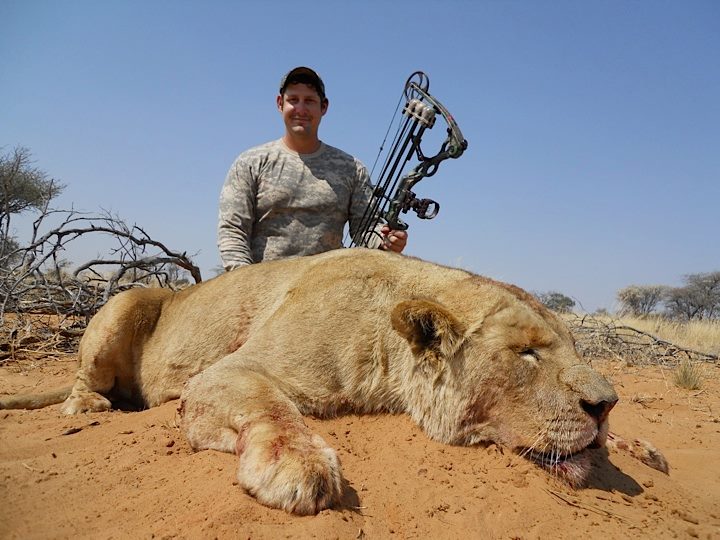 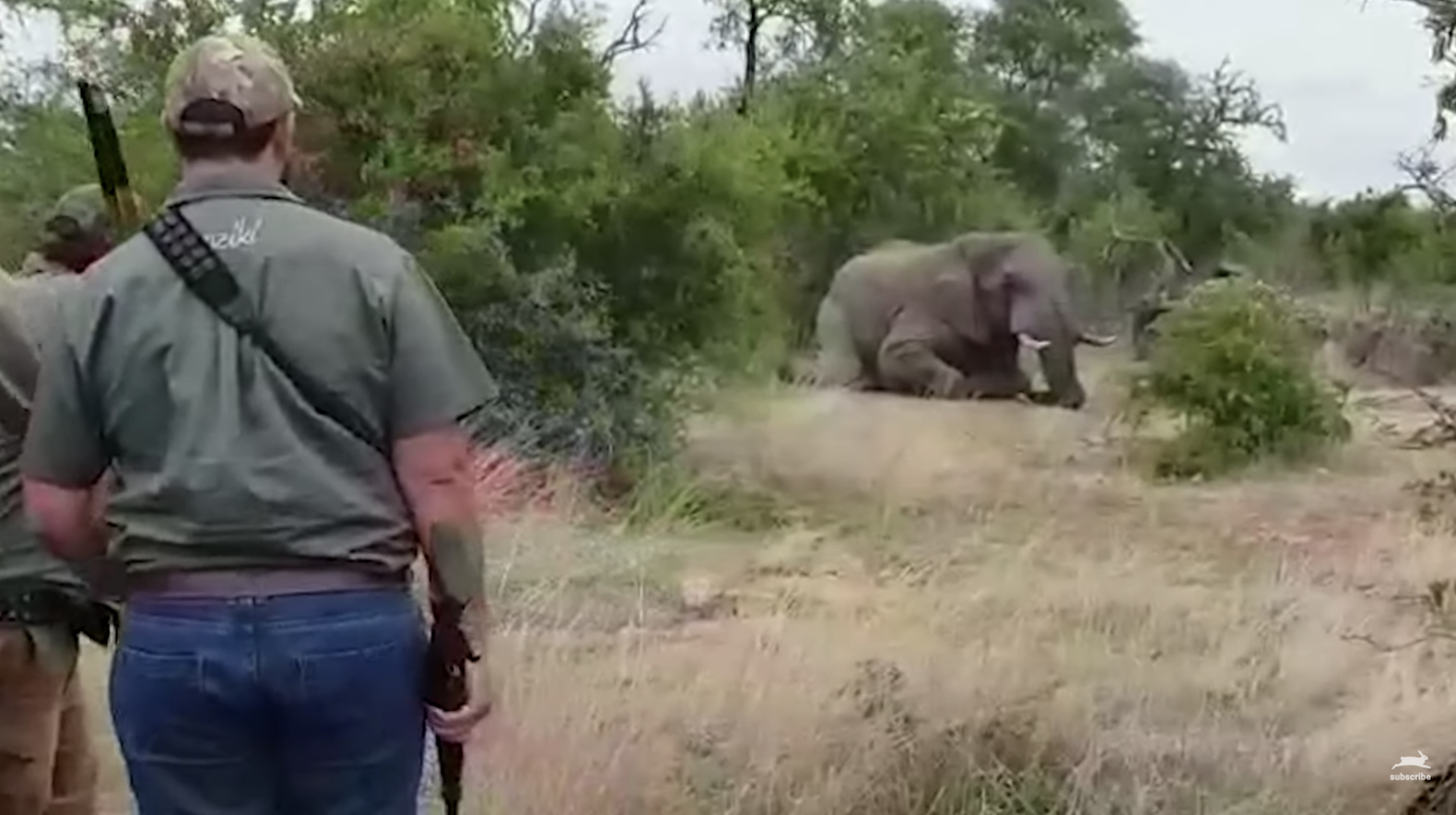 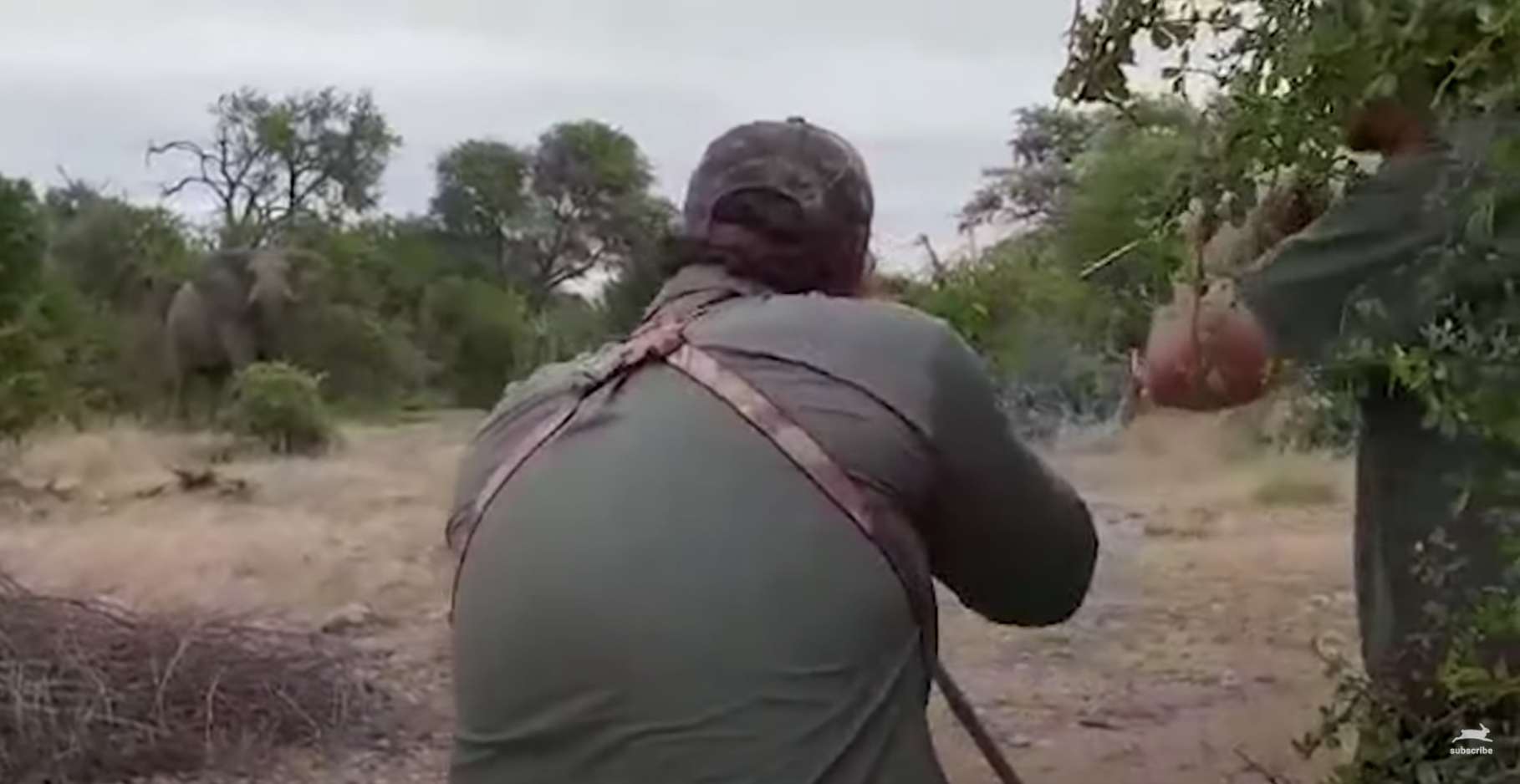 It’s unknown how many shots it took for the elephant to die.

The video ends with a picture of Raby posing over the slain animal.

The hunter says he’s not hunting for the kill but for the overall adventure of living outdoors.

“We pay a lot of money to hunt these animals. If we didn’t hunt, that land would be converted into cattle ranches and there’d be poaching. They don’t want lions killing their cattle or elephants destroying their crops,” he told the outlet.

“We’re not all bloodthirsty, psycho machines that people make us out to be.

“I promise you, I can read an animal better than someone who is against hunting. They say they like animals, but they don’t know anything about them,” Raby added.

His elephant head is still being prepared by a taxidermist in South Africa, although he may never receive it if California passes the new legislation.