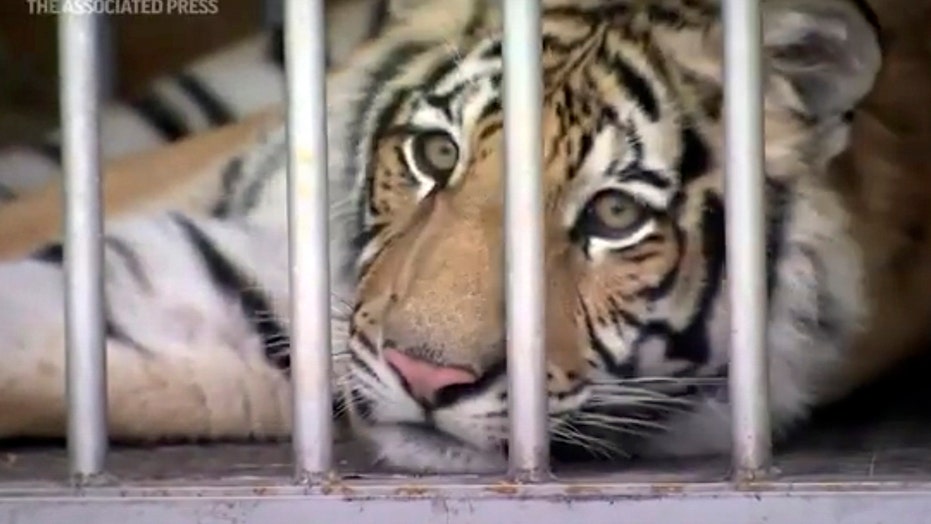 A Texas woman claims she helped to recover “India” the tiger, who went missing in Houston for nearly a week until being delivered to authorities Saturday night.

Houston police were able to locate the 9-month-old male Bengal tiger unharmed after a search that ended with help from Linda McIngvale, a Houston businesswoman and wife of Jim McIngvale, a furniture retailer known as “Mattress Mack.”

The McIngvales operate Club Westside, a “licensed facility with exotic animals” in Houston. They were acquainted with the tiger’s caretaker Victor Cuevas, and his wife Gia Cuevas, after the couple visited the club as guests of a past member, Linda McIngvale said in a statement Sunday, according to FOX 26 of Houston.

Linda said she was contacted by an animal enforcement manager for BARC Animal Shelter and Adoptions in Houston, to see if she knew the Cuevases and could possibly help with the “safe return of the tiger.” 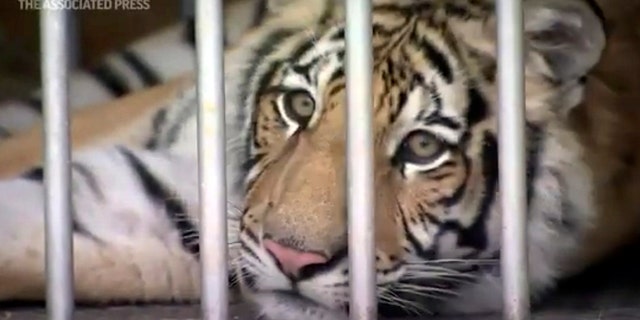 This frame grab from video provided by the Houston Police Department shows a tiger that was found after a nearly week-long search. (Associated Press)

“I was able to arrange, through the help of the Cuevases, for the tiger to be located and anonymously delivered to us where BARC was on stand-by to receive,” she said in the statement. “We are happy that the tiger is now safe and with the sanctuary and appreciate the Cuevas’ help in this matter.”

Authorities had been searching for the tiger since it was spotted in a west Houston neighborhood on May 9. At the time, it was nearly shot by an off-duty deputy before being whisked away in a car by Victor Cuevas, who police claim was the owner.

Victor Cuervas’s attorney, Michael Elliot, denies that description, arguing the couple only helped care for the animal. He said they tried to retrieve the tiger despite the owner being unresponsive throughout the week, according to the Houston Chronicle.

Elliot told the paper that the owner gave up the animal after McIngvale provided a safe, anonymous drop-off location.

“She put a lot of effort into making this happen,” he said. “She didn’t have to get involved in this, and we’re very appreciative of her efforts.”

The tiger has been sent to Cleveland Armory Black Beauty Ranch, an animal sanctuary in Murchison, Texas, about three hours north of Houston.

“Black Beauty Ranch will provide a safe sanctuary for him and give him a proper diet, enrichment, an expansive naturally wooded habitat where he can safely roam and will provide everything else he needs to be the healthy wild tiger he deserves to be,” said Kitty Block, president and CEO of the Humane Society in the U.S.

Police received hundreds of tips throughout the week for the missing tiger as the case drew national media attention.