HUNDREDS managed to flout social distancing and pack into an illegal house rave at the weekend – as police said they were "too busy" to break it up.

The bash in Brighton is understood to have been organised as one “last hurrah” before the Rule of Six was introduced on Monday. 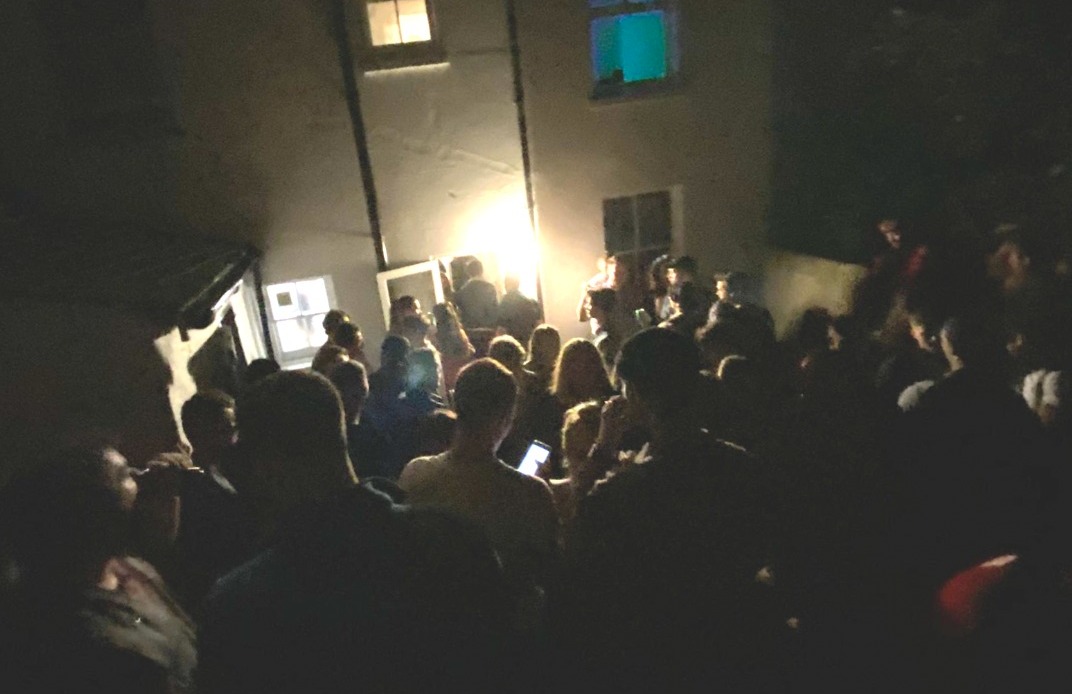 Desperate neighbours were shocked to see “hundreds” of revellers pile into the terraced house on Saturday night, while others packed together to drink in the garden.

One student who attended the party but refused to be named, said: "Most of the people were outside so I can't see what the problem is."

It came just two days before new rules limiting gatherings to six people were introduced in a bid to tackle a nationwide surge in coronavirus cases.

Neighbours called the cops to alert them of the scene, but were left furious when police failed to respond – saying they were too busy.

"If the police aren’t going to respond to flagrant breaches of Covid laws then who will.

"With the number of Covid cases going up I really fear for the future.”

Another said: “I was really, really shocked. There were youths all over the house, garden and street and none of them were social distancing or wearing masks.

Posting of Facebook, Tim Nicholls, said: “So much for the police enforcing the rules. If they are not going to bother, no-one else will and we will get another lockdown.”

Neighbours estimate there were around 100 youngsters in the house, gardens and street at the peak of the party.

Sussex Police said they were called to the bash at around 11.30pm.

A spokeswoman said: “The caller was concerned that it was breaching Covid-19 guidelines around gathering.

“The caller was told that due to high demand and a number of grade one calls we were responding to at this time in the city, we would be unable to attend.

“However the report was sent to local prevention officers for their awareness.”

Brits have since been warned a second national lockdown could be possible if they don't obey the new rule of six.

Boris Johnson refused to rule out another lockdown this afternoon – but said the Government would do everything possible to prevent national restrictions forcing businesses to close.

It comes as 3,991 more Covid infections were confirmed today, bringing the overall number of positive test results in the UK to 378,219. 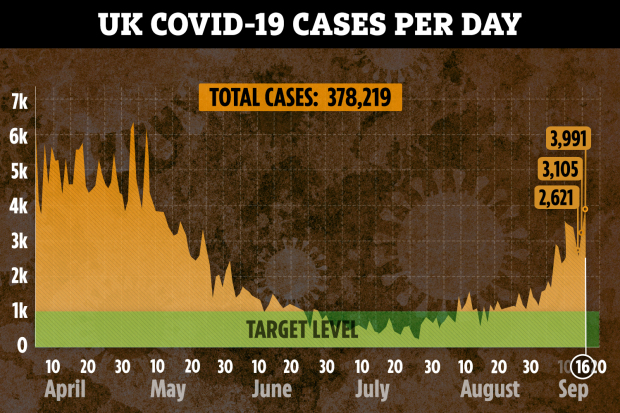