Fast-forward four decades and Wahhab is now one of the country's most respected entrepreneurs and says that "very smart" drug dealers and gang leaders – with their shrewd business sense and profit spreadsheets – could be the UK's next Richard Bransons. 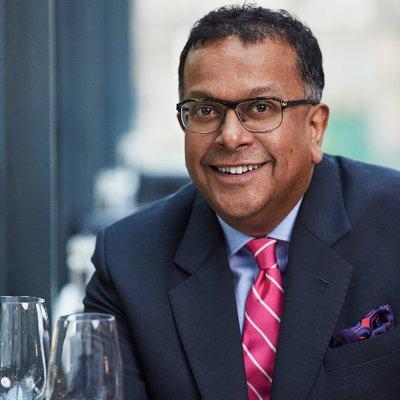 "A lot of them don’t realise they are running businesses until you point it out to them. They are very smart – it just hasn’t been marshalled in the right direction."

His claims that the UK's gangs could be nurturing the next generation's geniuses come as latest figures reveal how knife crime in the capital has risen by 16 per cent from last year, with figures from London's Metropolitan Police revealing 1299 stabbings happened on London streets up April this year – the highest in a decade.

But could Iqbal have the answer?

Because – as Wahhab points out, many gang leaders tick all the boxes when it comes to the skills required to run a profitable – and law-abiding – business.

He sings the praises of a book in which he discovered how a Chicago-based gang had spreadsheets, just like a FTSE 100 company, for everything, from sales and profit forecasts, right through to ones for how many members would be killed and need replacing and another for additional costs of compensating the bereaved.

"Most legitimate businesses don’t need those last two of course," he smiles. "But the point is that a lot of these guys are smart." 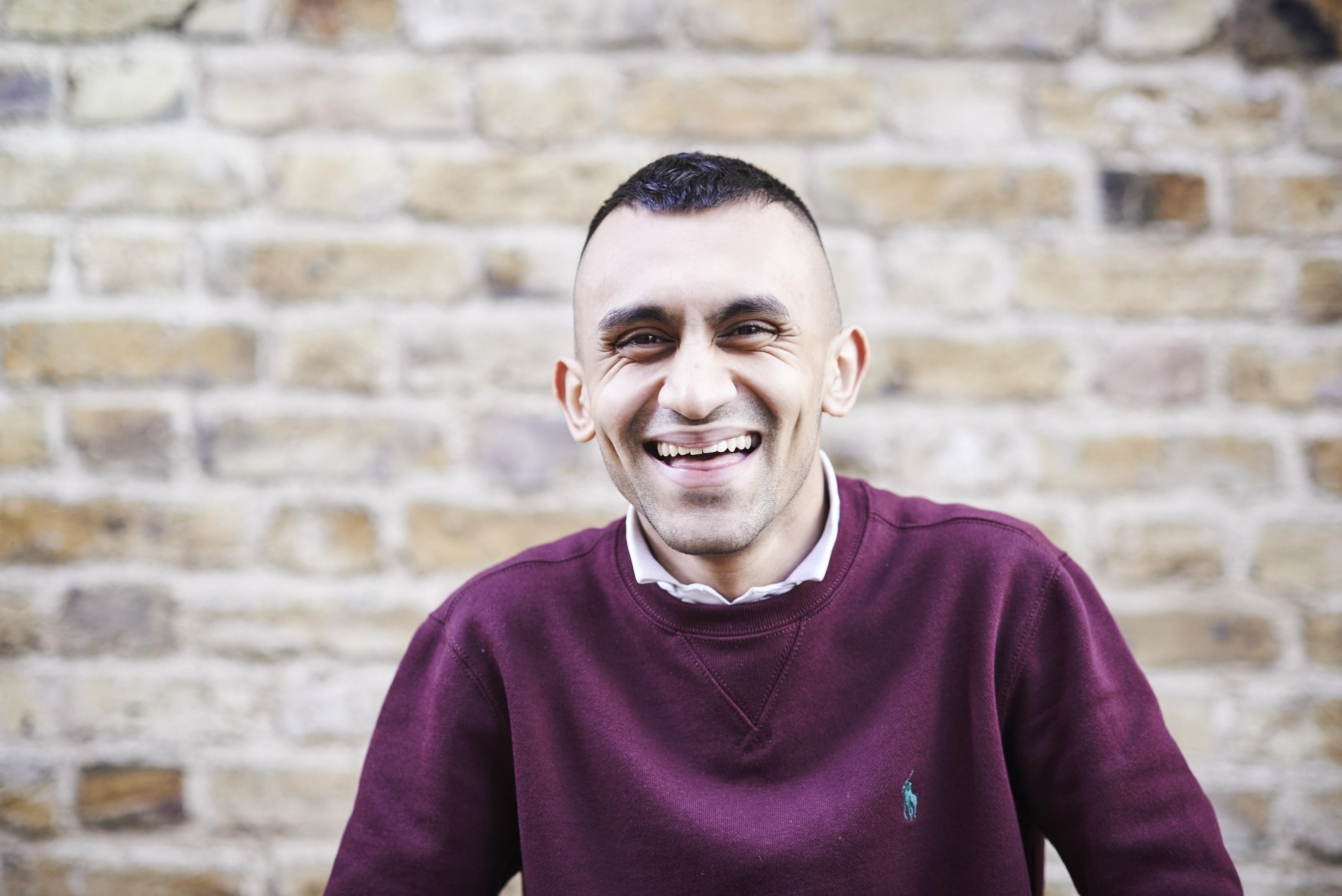 Iqbal now takes on convicted drug dealers and gang members and trains them to run his businesses.

Among his success stories is former drug dealer Mohammed, who went on to manage ambitious building projects after being taken under his wing.

As a teenager in the early seventies, Wahhab, 55, spent hours poring over notebooks which contained, in schoolboy pencil, the profit and loss figures for his business.

So you might imagine that Wahhab would have gone on to serve some time in prison – another predictable statistic. 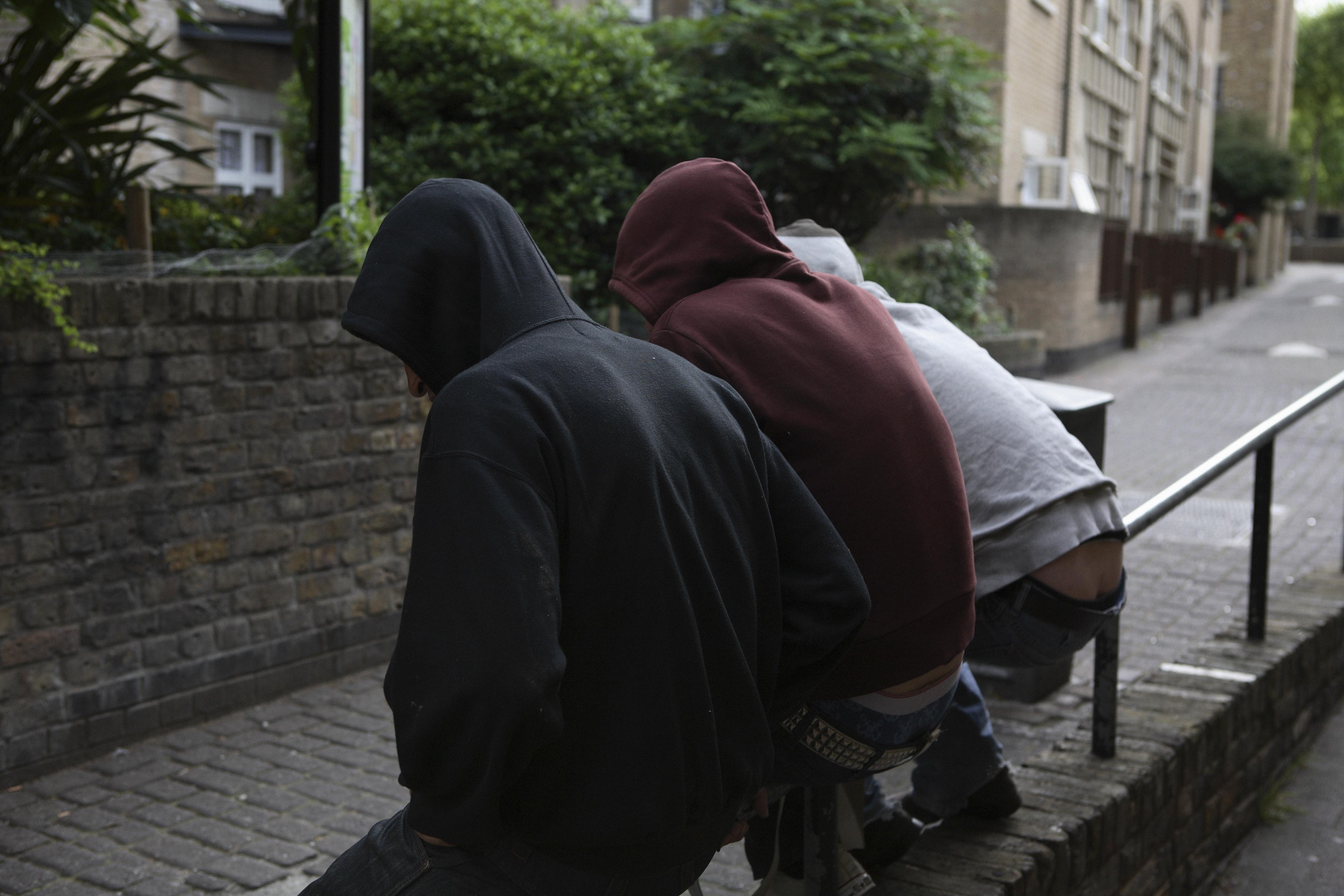 But instead he’s a top businessman who has founded two of the country’s most successful restaurants – The Cinnamon Club and Roast – and who now counts politicians and business leaders among his friends.

These days, the numbers he's typing into excel spreadsheets have got a lot more zeros in them than those childhood notebooks contained.

The youngest of three children, Wahhab was born to Bangladeshi parents who came to the UK when he was eight months old. The family settled in Battersea, now one of London’s more affluent neighbourhoods but back then riddled with crime.

"My brother and sister were goody two shoes but I got sucked in to some bad ways," he recalls.

"Offenders who go back to prison are a waste"

While he managed to avoid the violence that so often befalls gang members, his slide into low level criminality meant that by the time he was sixteen he had not gained a single academic qualification.

"All of us in the gang failed what were then O levels," he recalls. ‘The difference was that I had parents who were able to push me down the right road – and I let them.

‘The rest of the people in my gang didn’t have that and their lives turned out very differently. So it’s always been in my mind how important a nudge can be."

That nudge took him, via retaken O-levels, A-levels and a degree in government at the London School of Economics, to work first as a journalist then to running his own PR firm and magazine before, in 2001, he launched The Cinnamon Club – an Indian restaurant and bar which became a hotspot for politicians and business leaders.

Simultaneously, aware of the disparity between the privileged world he was now a part of and the people he had left behind, he started to engage in community work with the help of the Prince’s Trust. 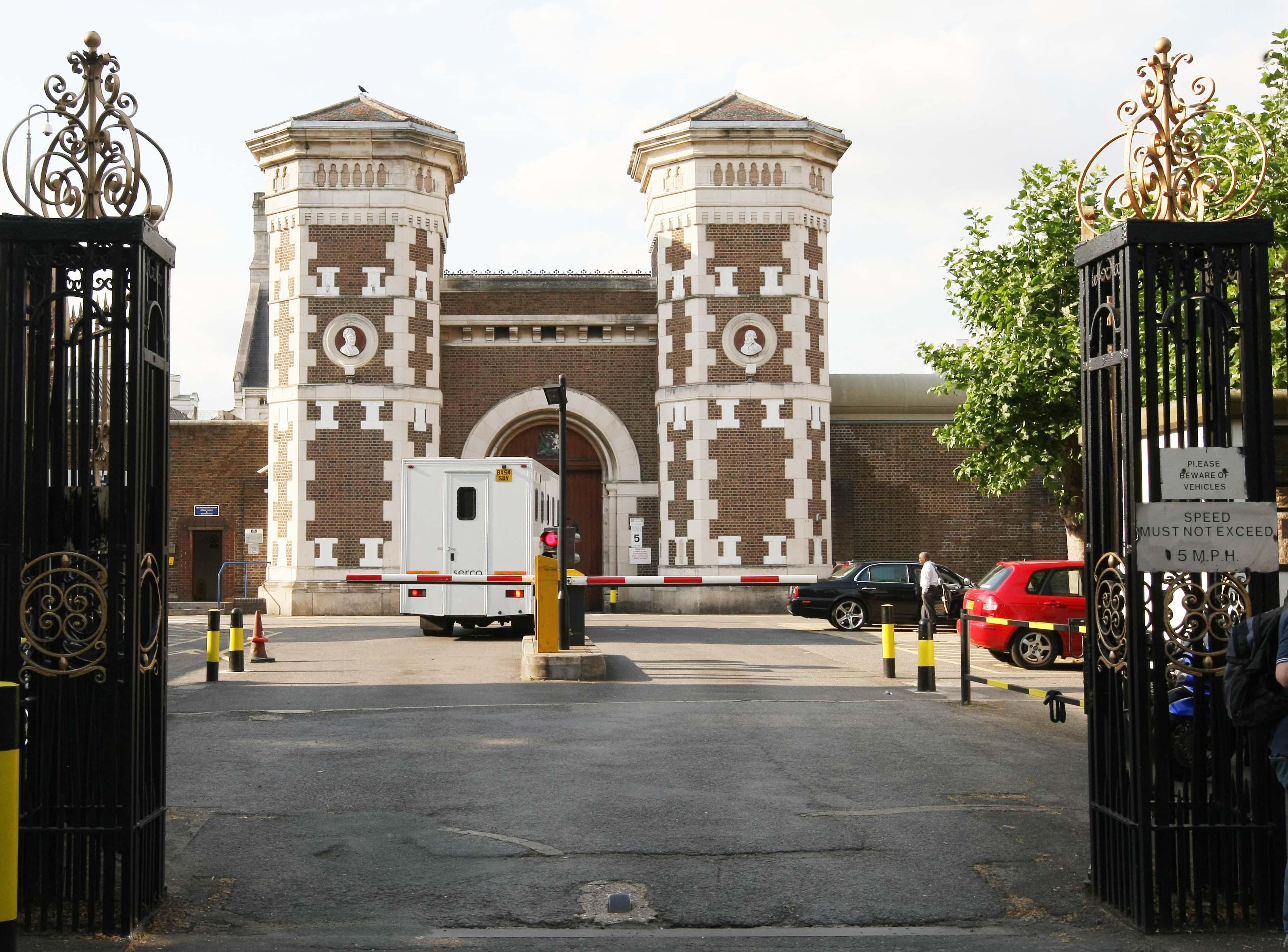 It led him eventually to Wormwood Scrubs prison in west London, which he visited as part of a community organisation focused on improving the aspirations of young Muslims.

"On the back of that visit I got hugely intrigued about the re-offending rates not just of young Muslim men in prison but young people in general – particularly those in gangs," he says.

‘The rates are huge. The reality is that on release day they walk out of the prison gate with £43 departure money in their back pocket, straight into the back of a big flash car with £2000 in cash.

It’s the ‘buy-back’ into the gang and if you have that dangled in front of you then the prospect of going in to a legitimate business is not very seductive."

‘The tragedy is that something like 70% of young offenders are back in prison within a year," he says.

It’s a terrible waste, he believes.

The ‘Freakonomics’ book, that Wahhab credits as showing him the inner-workings of gangs, inspired him – together with former Kids Company founder Camila Batmanghelidjh – to host a business breakfast at which their guests were not blue chip company leaders but some of South London’s most notorious drug dealers and gang leaders.

"I told them what I had read, and said they had the same raw skills but they had gone down the wrong road" he recalls. "I made it clear it meant that some of them wouldn’t be alive by the time they were 25 – and the chances were that they would be killed by someone in that same room.’

At first, he says, not everyone was convinced. "I remember one of the guys saying ‘’it’s all very well for you, but we have to run our business through aggression.’’ Camila told them that I did too – I just got my lawyers to do it."

One breakfast, of course, was never going to be enough to change the world – one reason Wahhab is committed to a mentoring programme in which he recruits ex-offenders, most of whom have been sent down for drug-dealing offences, into his restaurant business.

"If you don’t have mentors and role models around you then you are going to default to what you know," he says. "Having supportive role models in my family made the difference between me and all those people I was at school with."

Mohammed Munim was released from prison aged nineteen for drug dealing and now, with Wahhab’s help, is the lynchpin of an impressive global networking organisation.

"He had just been released from prison for drug dealing when I met him and he was desperate not to get sucked back in to his old life," Wahhab recalls.

"He came to work at Roast, one of my restaurants – first as a runner, then as a waiter, then after about a year he said he was leaving to work on a building site. I was a bit taken aback until he told me that it was as a manager.

"He went on to run a social business and now oversees a huge community project in north London. It’s great story about how a little opportunity can have massive effects."

Another young offender, Daniel McIntosh, came out of prison a couple of years ago after serving a sentence for drug dealing and went on to run a pub restaurant in Battersea. 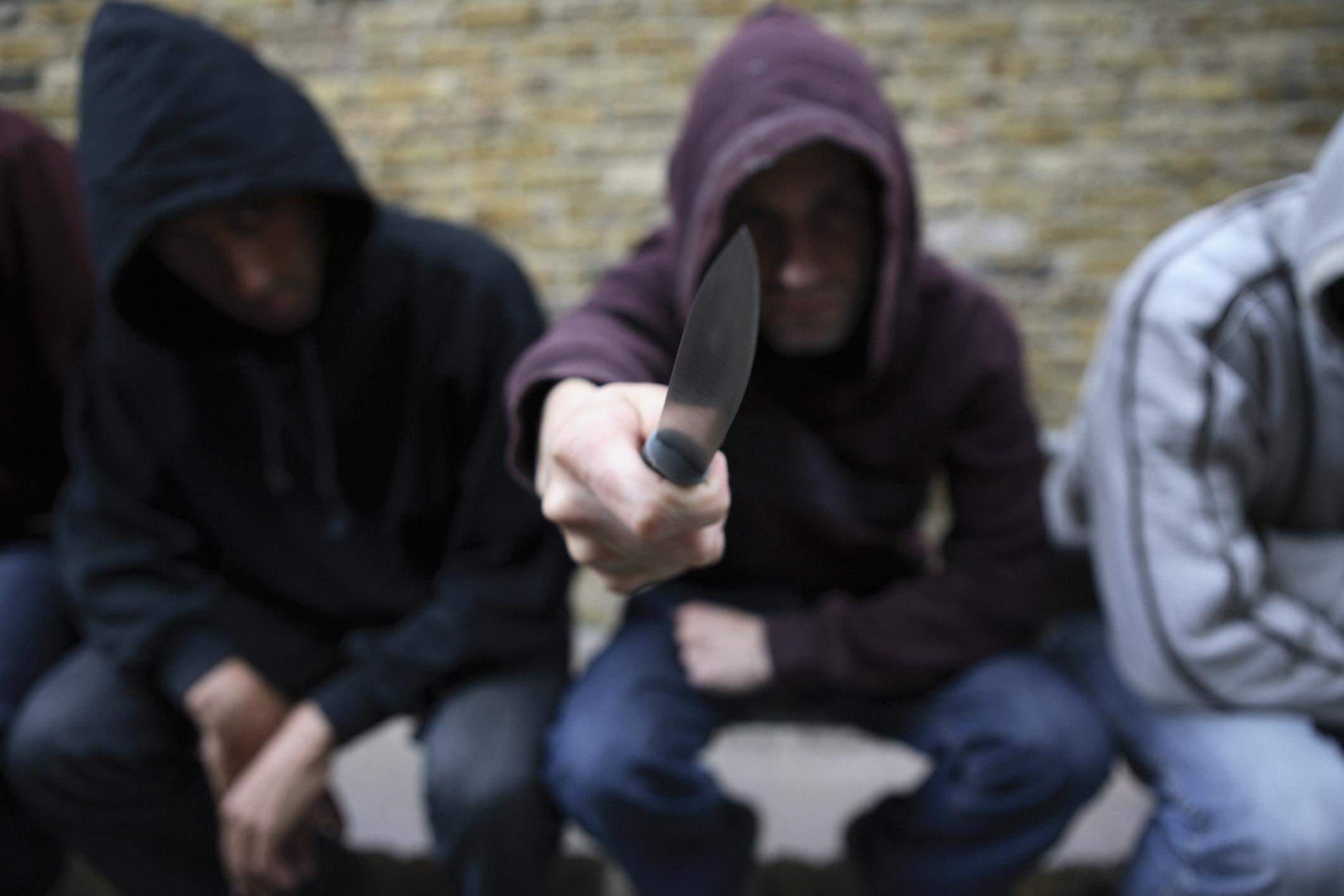 Wahhab thinks there could be many more examples like theirs – if only business leaders and politicians would be prepared to change their thinking.

"It would be great to encourage employers not to have a box on their recruitment forms asking potential applicants if they have a criminal record," he says.

"At the end of the day it benefits all of us to keep people out of the reoffending cycle.

Statistics show that the likelihood of a young offender returning to prison drops to 10% if they find a job. – one recent report calculated that getting just one ex-offender into reemployment meant a £77,000 saving to the state."

And, of course, employers can benefit too. ‘The CVs may be different,’ says Wahhab. "But the skill sets are the same."