In a shambolic episode in democracy, Sanders emerges as the only hope to beat Trump

Having lived in the United States permanently for the past seven years, there are many aspects of the country’s democratic experiment that, for me, remain quixotic and even idiotic, including the Iowa caucuses, the state where voters get their first opportunity to voice their choice for president, as they did on Monday with the general election fewer than ten months away. 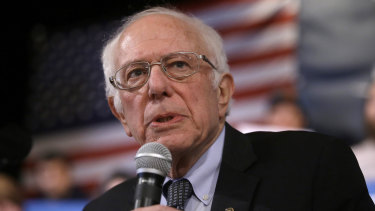 Across the state’s 1681 precincts, voters put forward their preferred choice, not by casting a secret ballot but by participating in back-and-forth public debate with other voters, with the aim of advancing their candidate above the 15 per cent threshold required to stay in the contest. If it all sounds a little confusing, then know that the outcome of several precincts was determined by coin toss. “Heads – Biden wins. Tails – it’s Bernie.”

You get the drift. To an unfamiliar observer, the caucuses resemble more a cattle auction than a critical component of the world’s most powerful democracy. After preparing for this exact moment for the full three years of the Trump presidency, the Democratic Party had just one job: tally the votes and assign a delegate count to each of the field’s near-dozen candidates.

Long story short, party officials blew it, announcing “irregularities” in the counting because of a glitch in a newly deployed app, and thus leaving an opening for conspiracy theories regarding vote rigging to percolate, particularly among conservative commentators.

The mess up and subsequent delay in determining and announcing the result has left each candidate claiming victory, and thus robbing the best performers of an opportunity to build momentum in the week leading into this coming weekend’s New Hampshire primary. It has also given Trump a rare moment to control the narrative, having being suffocated in recent weeks by the media’s round-the-clock coverage of his impeachment.

The Iowa Democratic Party released its “partial result” on Wednesday, after 62 per cent of precincts counted, showing Vermont Senator Bernie Sanders and South Bend Mayor Pete Buttigieg splitting the lead – Sanders with the a popular vote and Buttigieg with the delegates'.

Should the place order remain this way after all precincts are counted, then it can only be interpreted as good news for the Sanders campaign, given Biden is widely considered his biggest threat. Should the former VP and presumed frontrunner walk away from Iowa with a worse than third position, it’s hard to imagine him faring much better in New Hampshire and Nevada, an outcome that would see his donations all but vanish.

While Buttigieg’s unexpected over-performance will attract much of the headlines, he remains more than 10 points adrift of Sanders in New Hampshire, and finds himself a distant outsider in the dozen or so states to follow.

Despite the Democratic Party’s obvious opposition to a candidate who threatens its donor base, Sanders offers the party the best hope of success against Trump. We live in an anti-establishment era, one in which successful candidates tend to be far more popular than their parties. Trump is a movement. Democrats will need a movement candidate to defeat this movement President.

Sanders is such a movement. Five million individuals have already donated towards his campaign, and he fills stadiums on a near daily basis, while championing the same issues he has championed for five decades. He’s the only candidate capable of beating Trump, and polling data bears this out.

CJ Werleman in a journalist and author living in the United States.