New Zealand will be the first country in the world to require the financial sector to report on climate risks, its Minister for Climate Change James Shaw said on Tuesday.

Businesses covered by the requirements will have to make annual disclosures covering governance arrangements, risk management and strategies for mitigating any climate change impacts.

Those unable to disclose must explain why, Shaw, who is also co-leader of the Greens Party said in a statement. 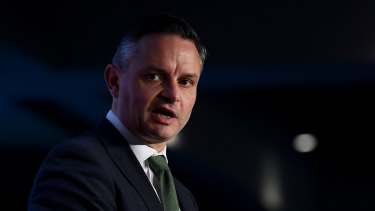 “The changes I am announcing today will bring climate risks and resilience into the heart of financial and business decision making. It will ensure the disclosure of climate risk is clear, comprehensive and mainstream,” Shaw said.

In total, around 200 of the country's biggest organisations will be required to disclose their exposure to climate risk including banks and asset managers with total assets of more than $US1 billion, as well as crown financial institutions such as the Accident Compensation Corporation (ACC) and the NZ Super Fund.

Risks could include physical risks from climate change such as extreme weather events or rising sea levels, as well as economic risks such as more stringent regulation of carbon emissions, Stuff reported.

Organisations active in the country but incorporated overseas will also be required to disclose.

The $US1 billion threshold will make sure about 90 per cent of assets under management in New Zealand are covered by the disclosure system.

“What gets measured gets managed – and if businesses know how climate change will impact them in the future they can change and adopt low carbon strategies," Shaw said.

While other countries are working on similar schemes, New Zealand is the first to introduce one – although entities will not be required to report on climate risk until 2023 at the earliest, Stuff reported.

New Zealanders go to the polls on October 17. Prime Minister Jacinda Ardern's Labour Party has a strong lead over the conservative National Party on the back of the nation's COVID-19 response.