INCREDIBLE images have captured a terrifying cult who live in cemeteries, use dead bodies as alters and eat human flesh.

One of the most feared and revered cults in India, the Aghori members are infamous for their dark and deadly quest for spiritual enlightenment. 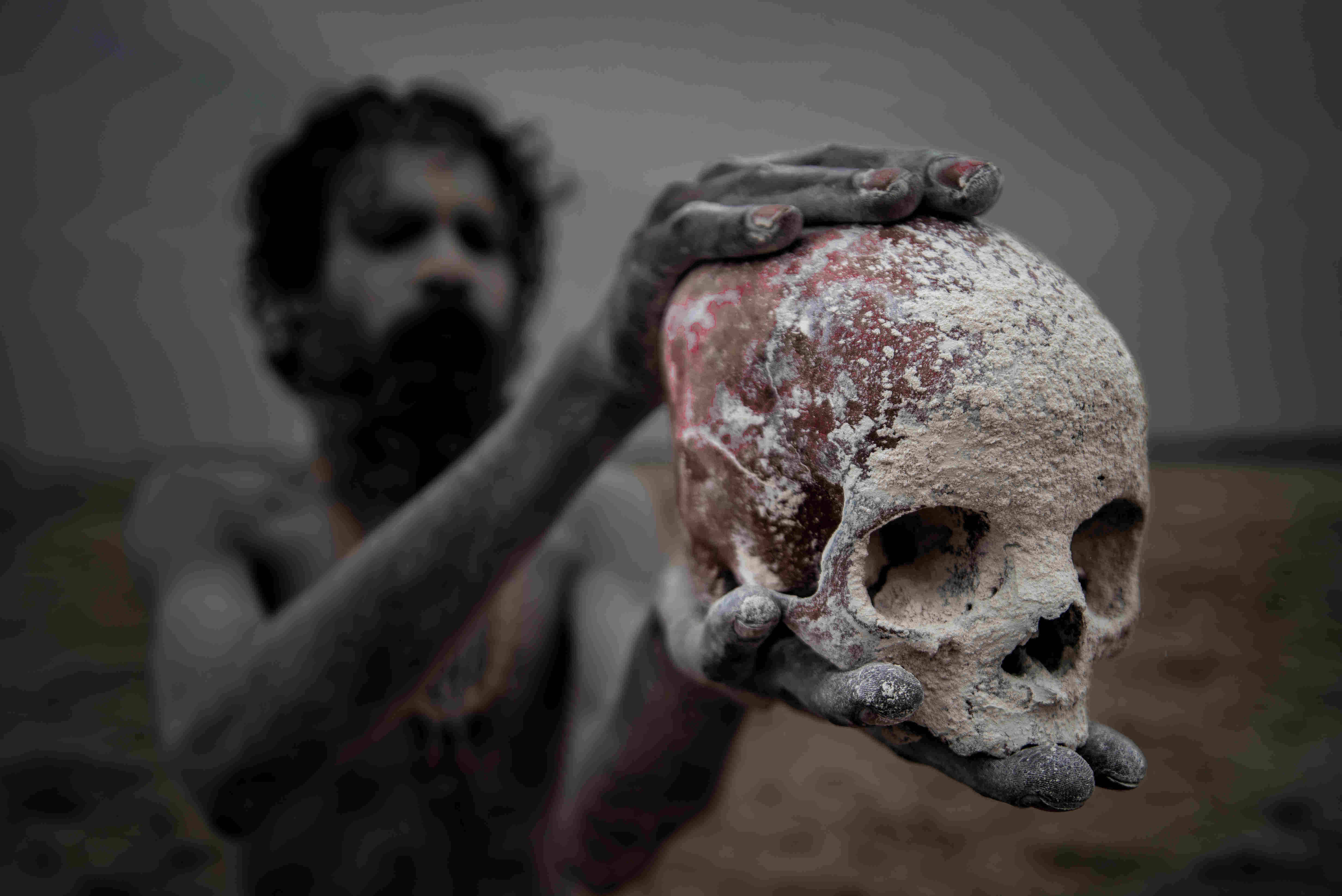 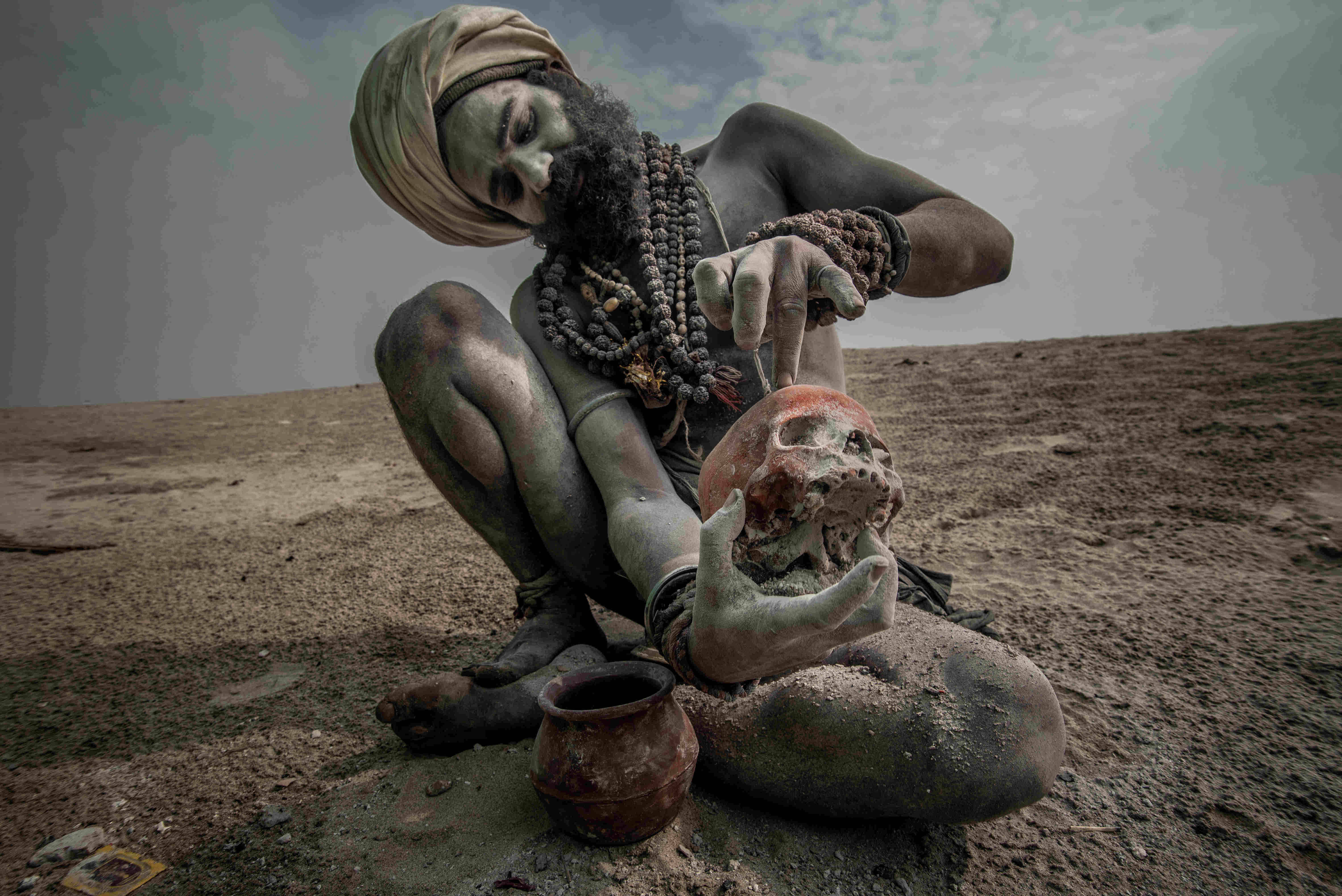 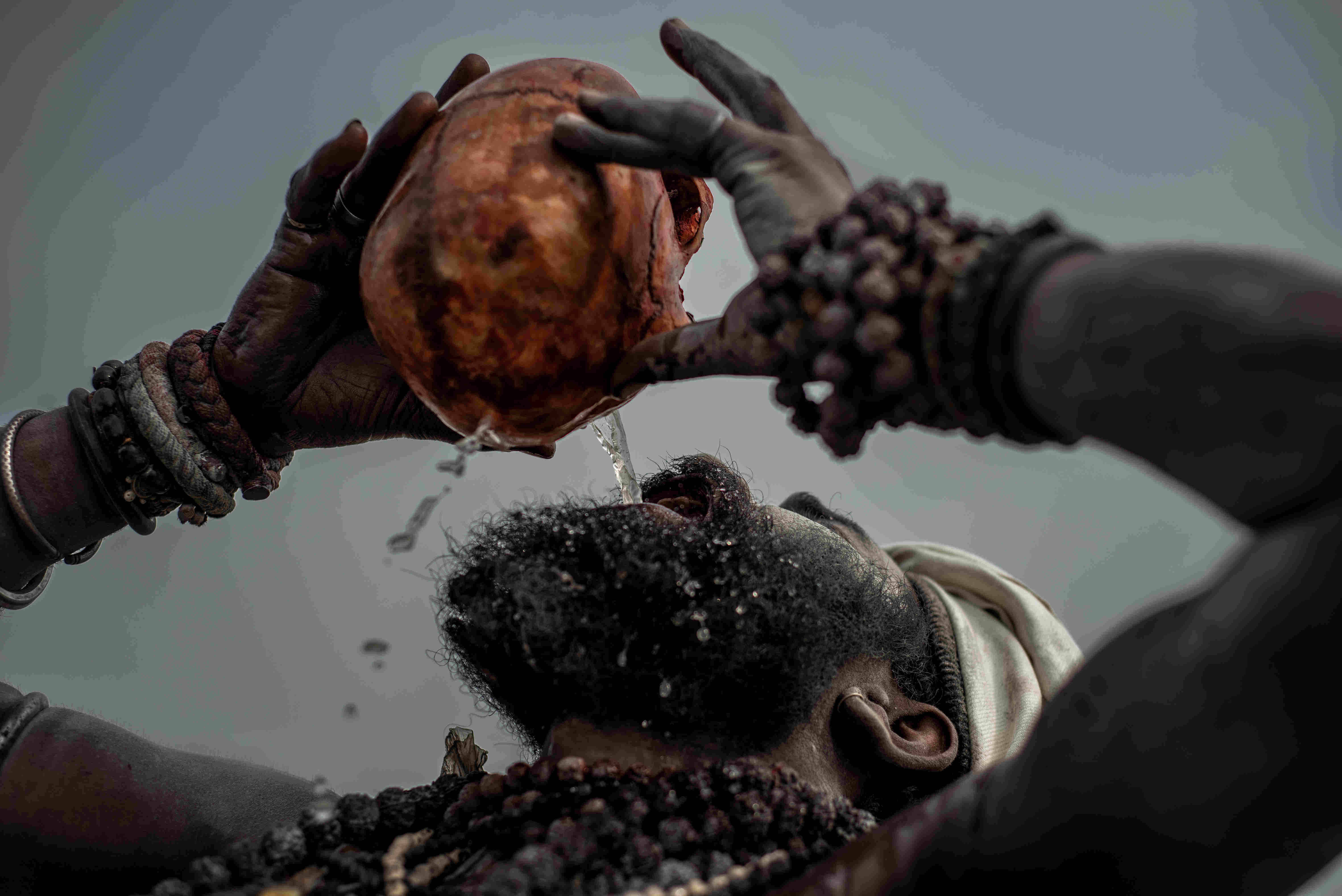 Inquisitive photographer Jan Skwara, 38, from Pruszkow, Poland, was travelling through Varanasi, India, when he encountered an Aghori sect and documented their chilling existence.

One terrifying image captured the moment a man tipped his head back and raised his hands before drinking from the mouth of a real human skull.

In another picture, a man is seen sitting down with a red human skull perched on top of his own whilst his face is covered in an eerie white dust. 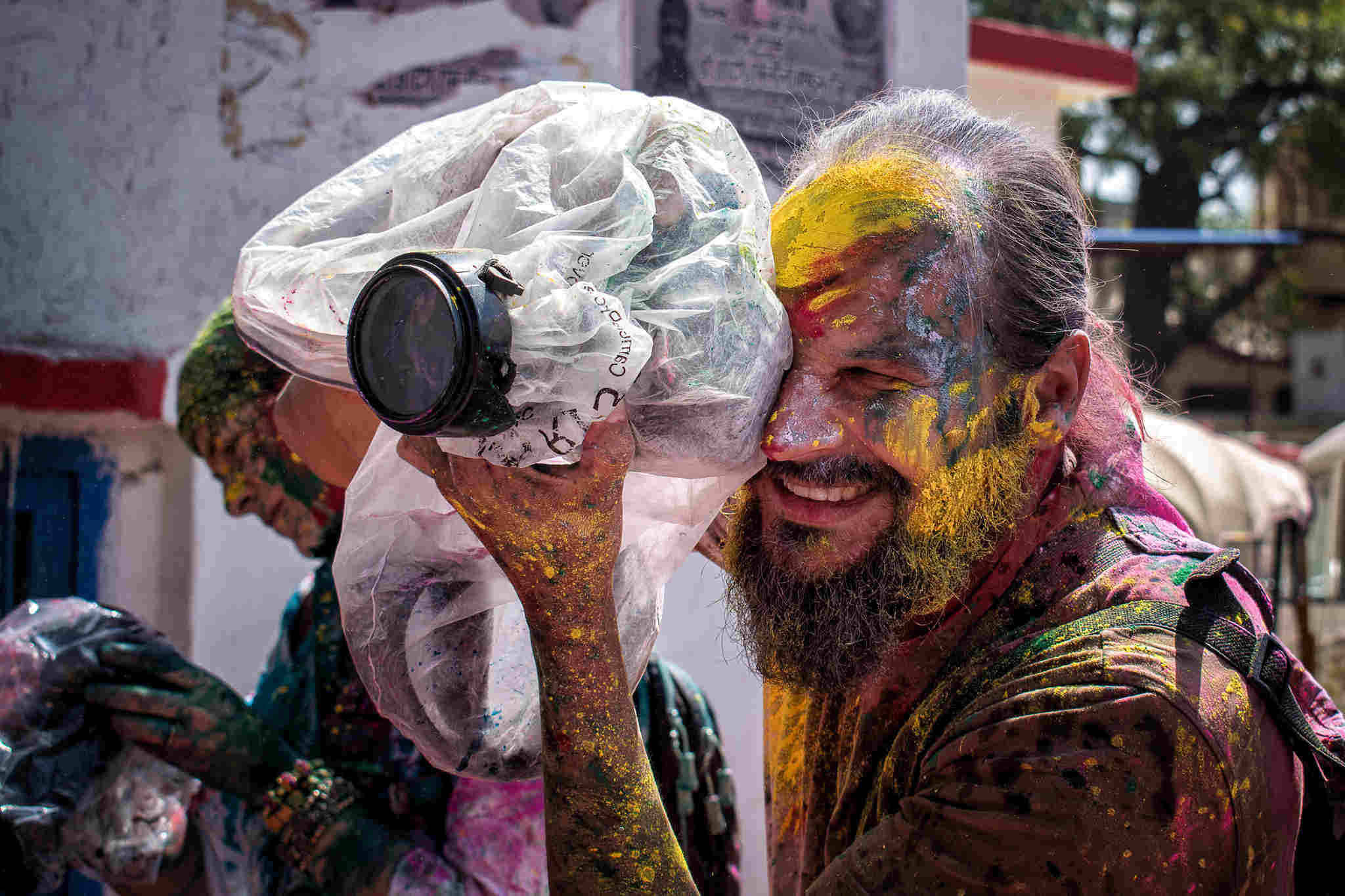 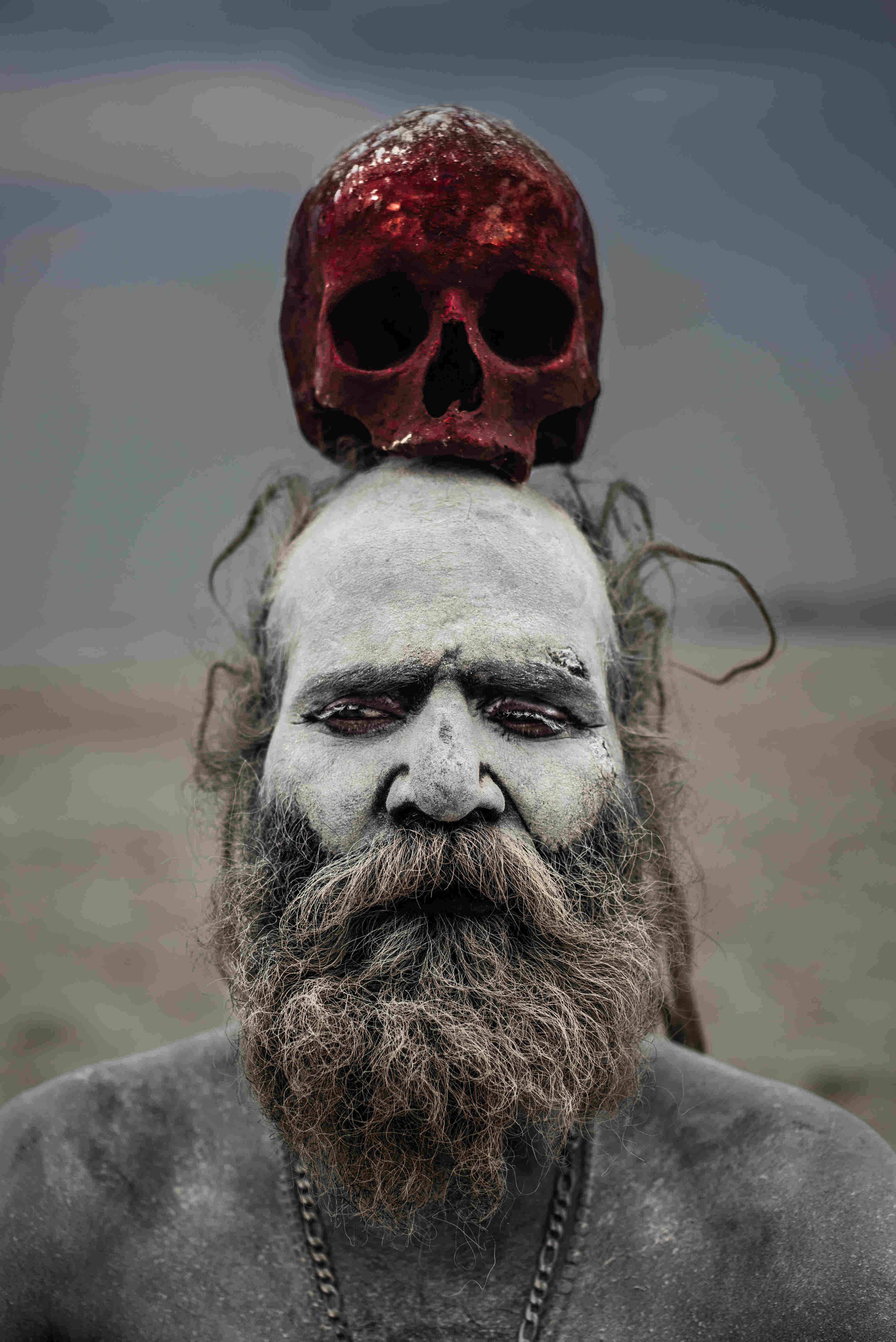 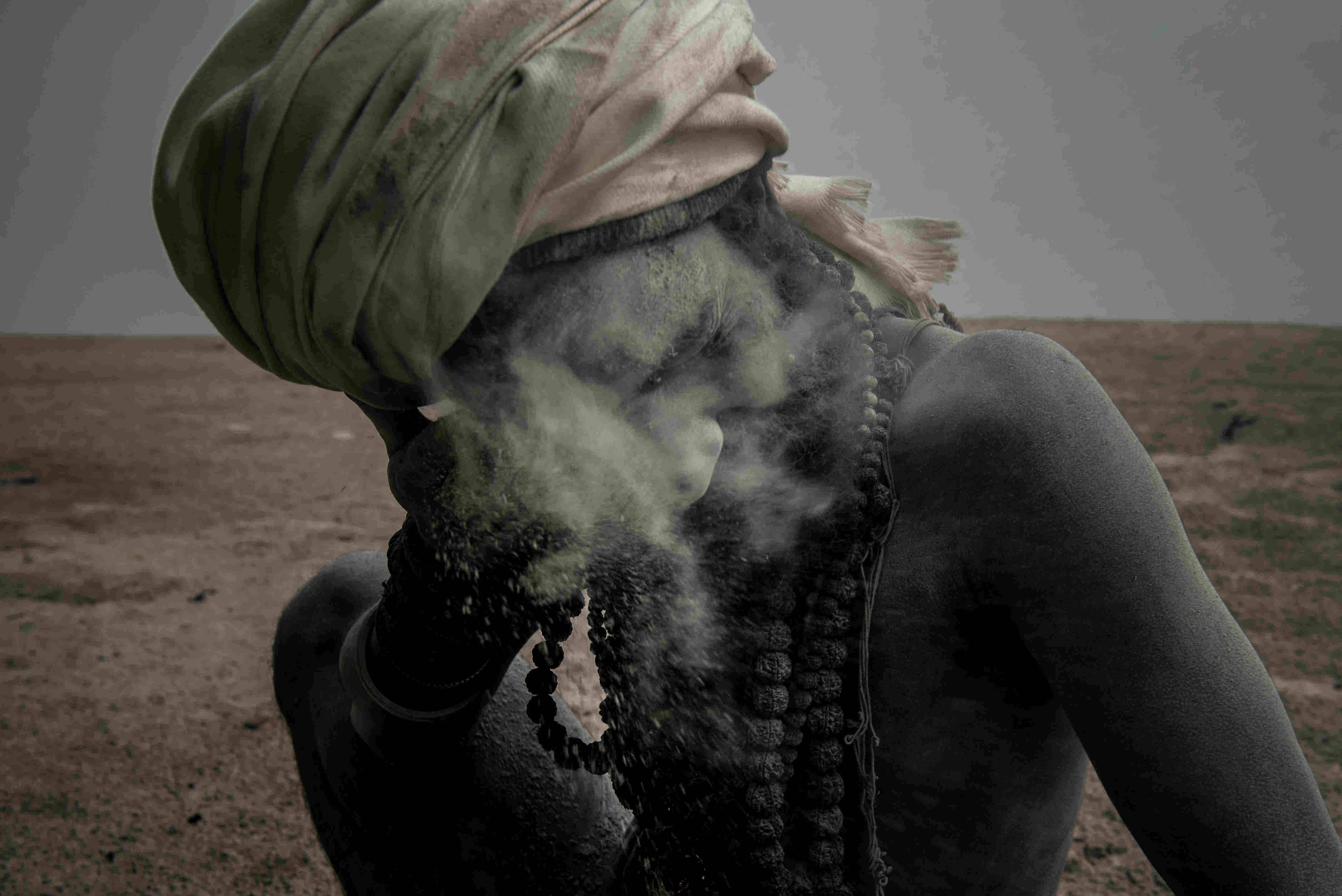 While they worship the Hindu deity, Shiva, Aghori practices are seen as being contradictory to orthodox Hinduism.

The Aghori believe in asceticism, a lifestyle in which one denies themselves of sensual pleasures choosing instead to pursue spiritual goals.

The cult mainly worship Bhairava, the form of Shiva associated with death.

Aghoris do not practice idol worship, relying instead on meditation and a combination of alcohol and marijuana to practice greater concentration. 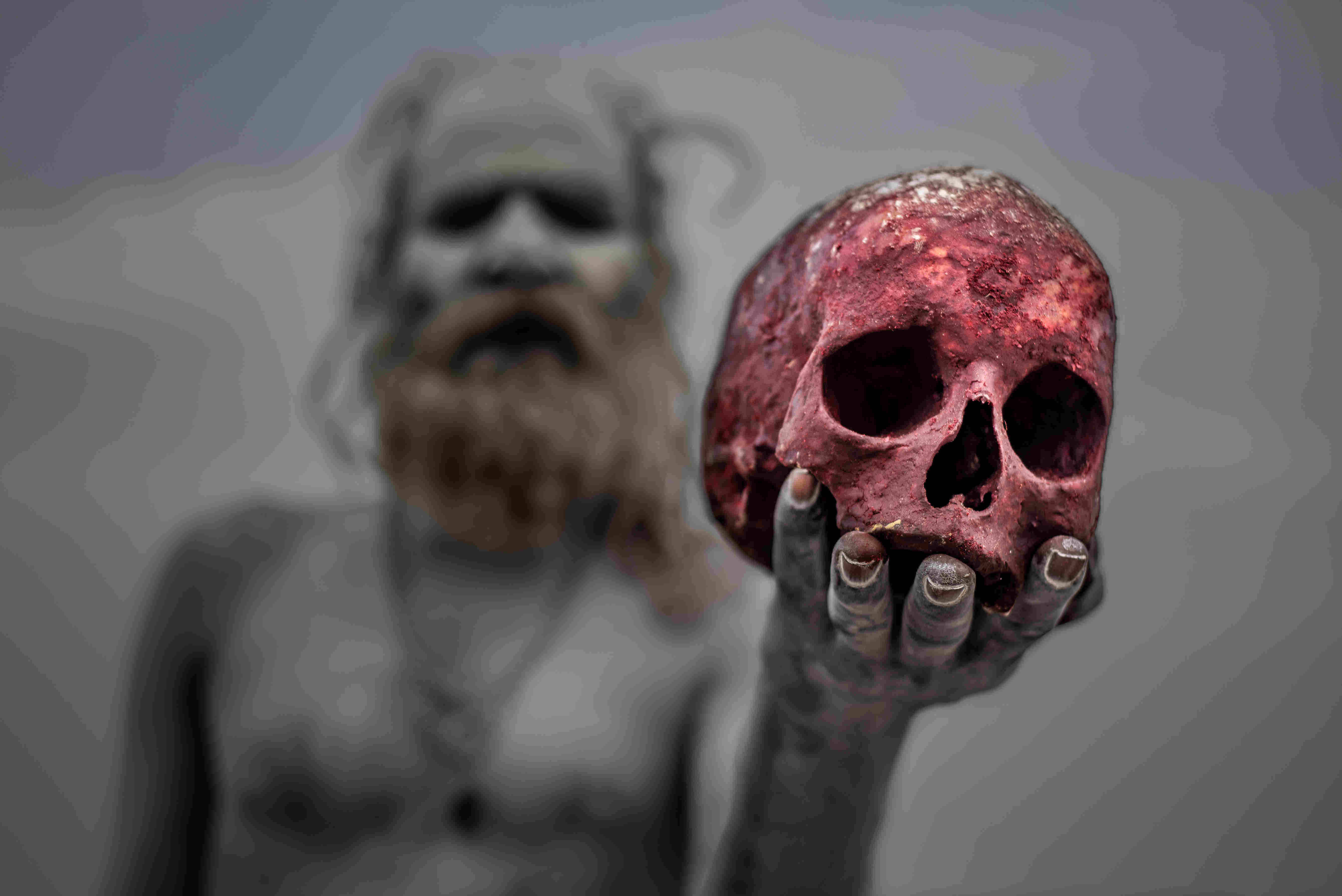 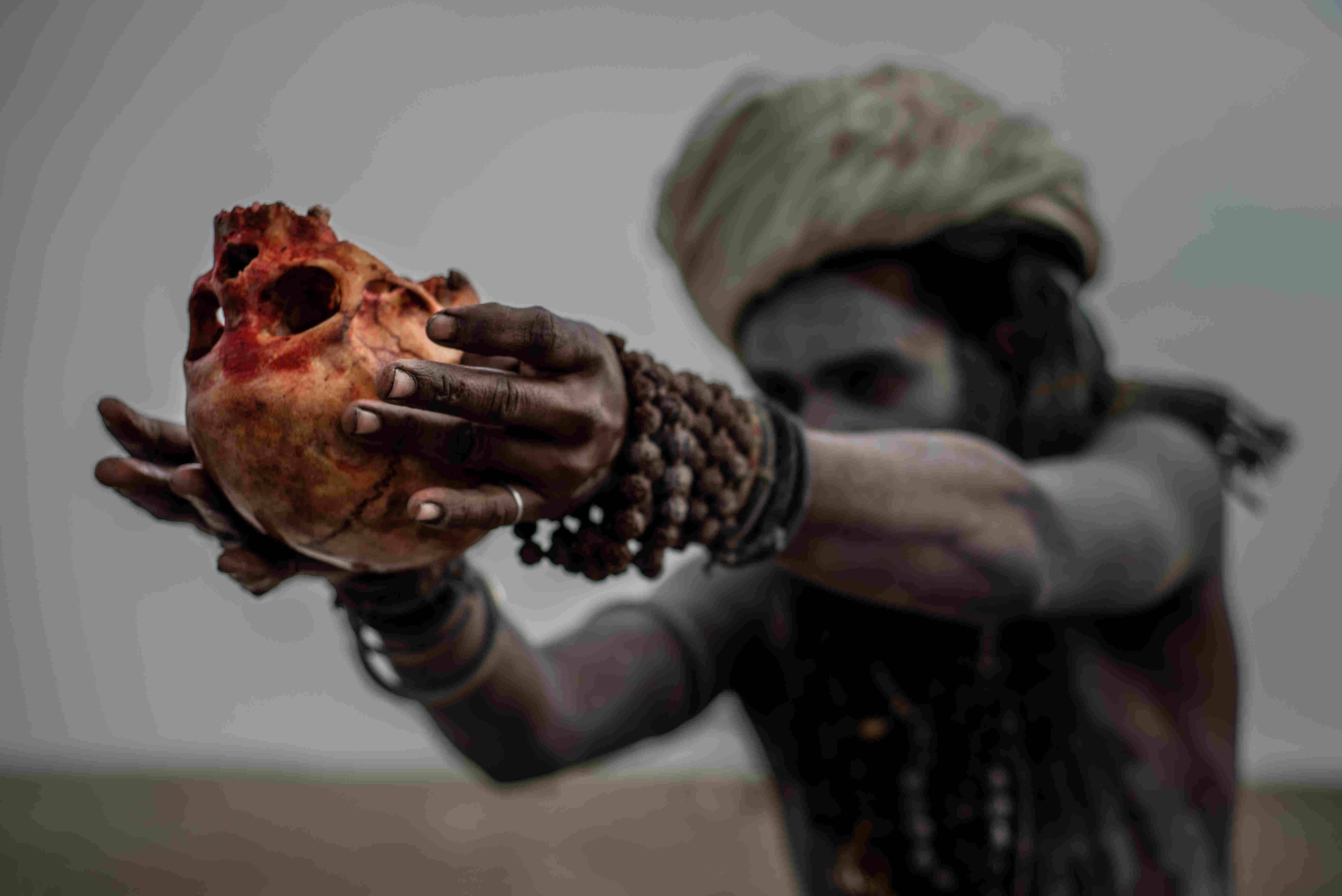 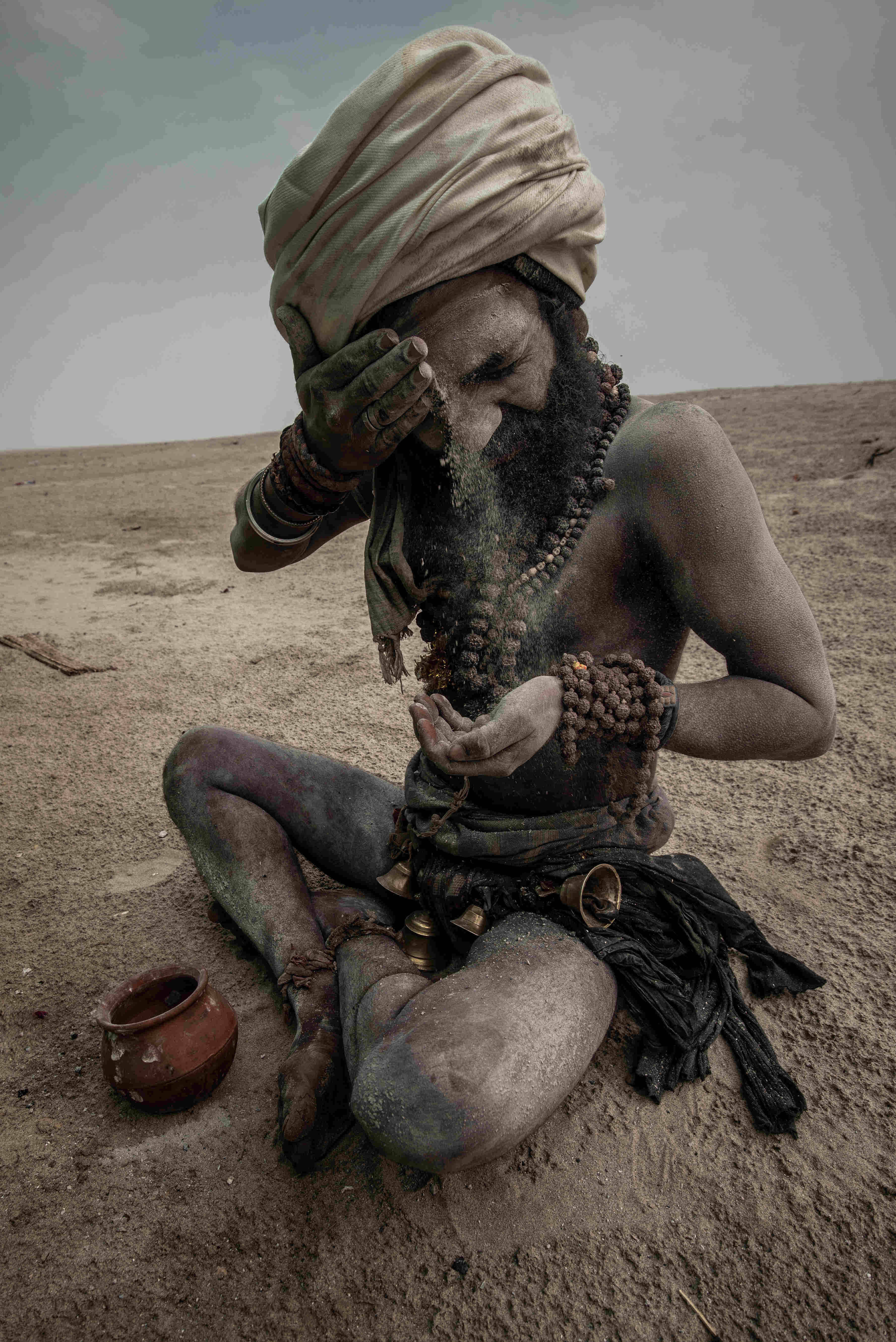 Shrouded in an aura of mystery, the Aghori sadhus’ are know for post-mortem rituals – in particular the practice cannibalism.

Aghoris live among India's cremation sites – where Lord Shiva and goddess Kali Ma are said to dwell – and feed on what others throw away.

Bodies are often cremated and then scattered into the sacred Ganges river, but some bodies are disposed of without cremation.

The Aghori are said to collect these remains and use them for their spiritual enlightenment, wearing the corpses, consuming them or building alters from them.

As well as feasting on human flesh, Aghoris also drink from human skulls and chew the heads off of live animals. 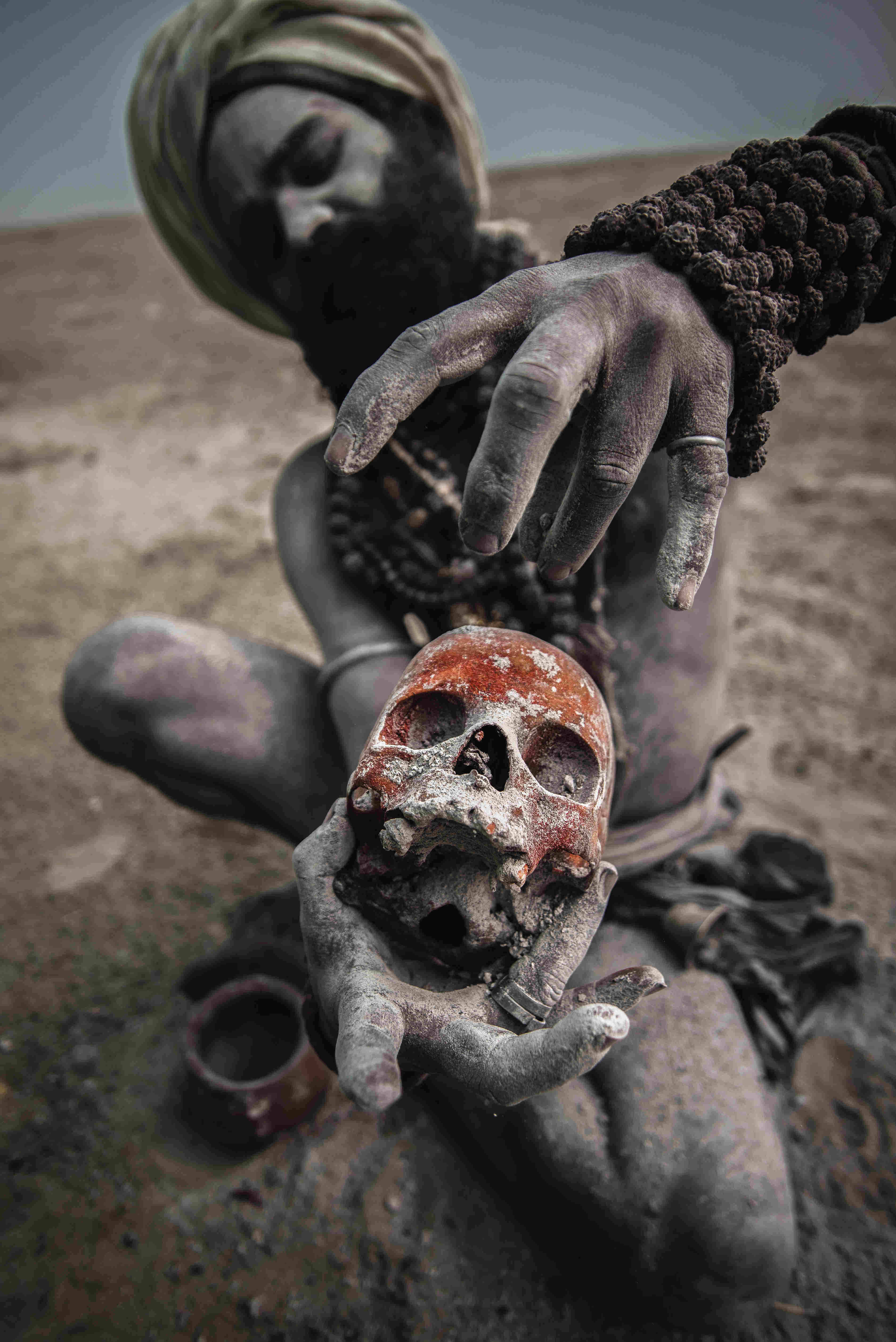 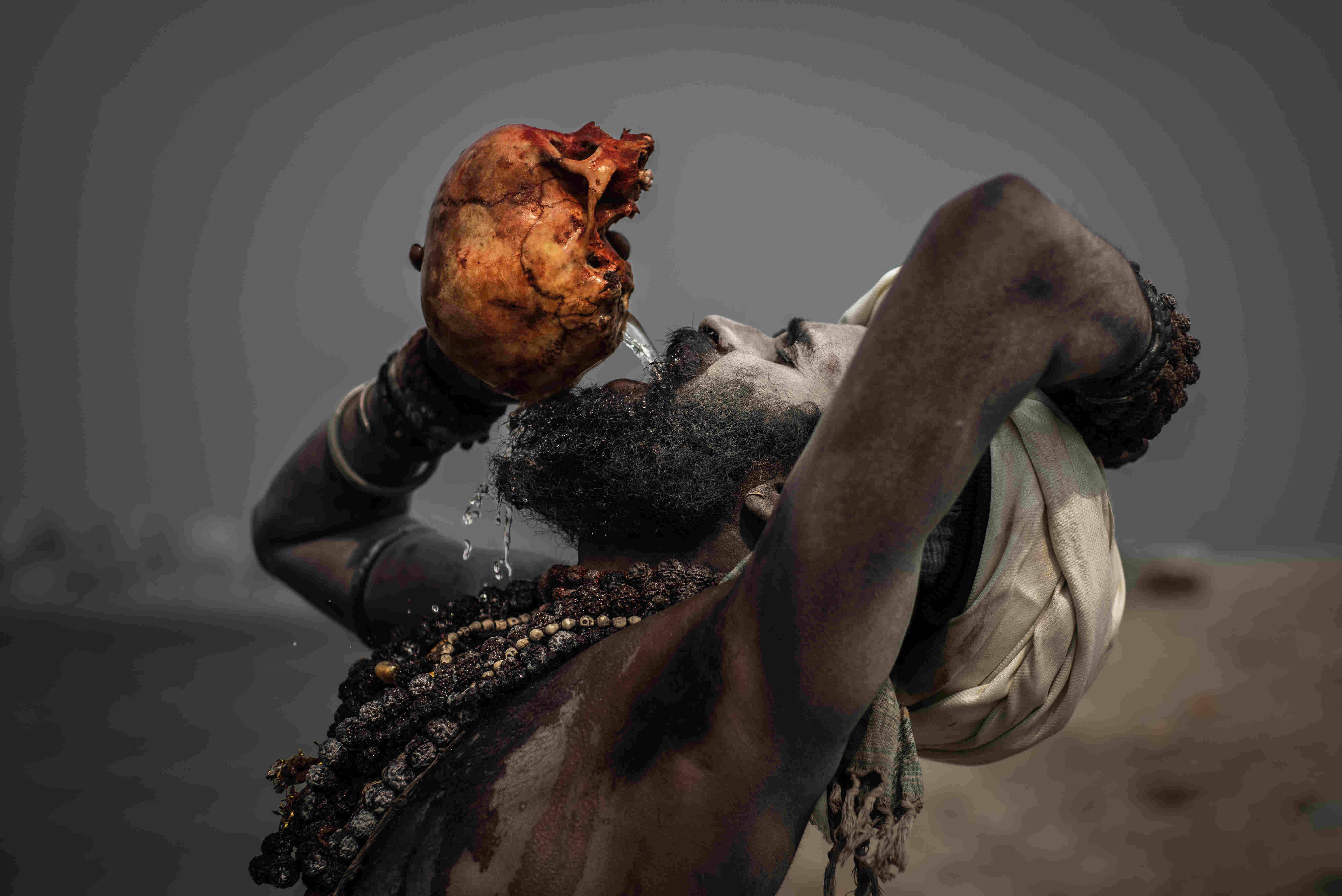 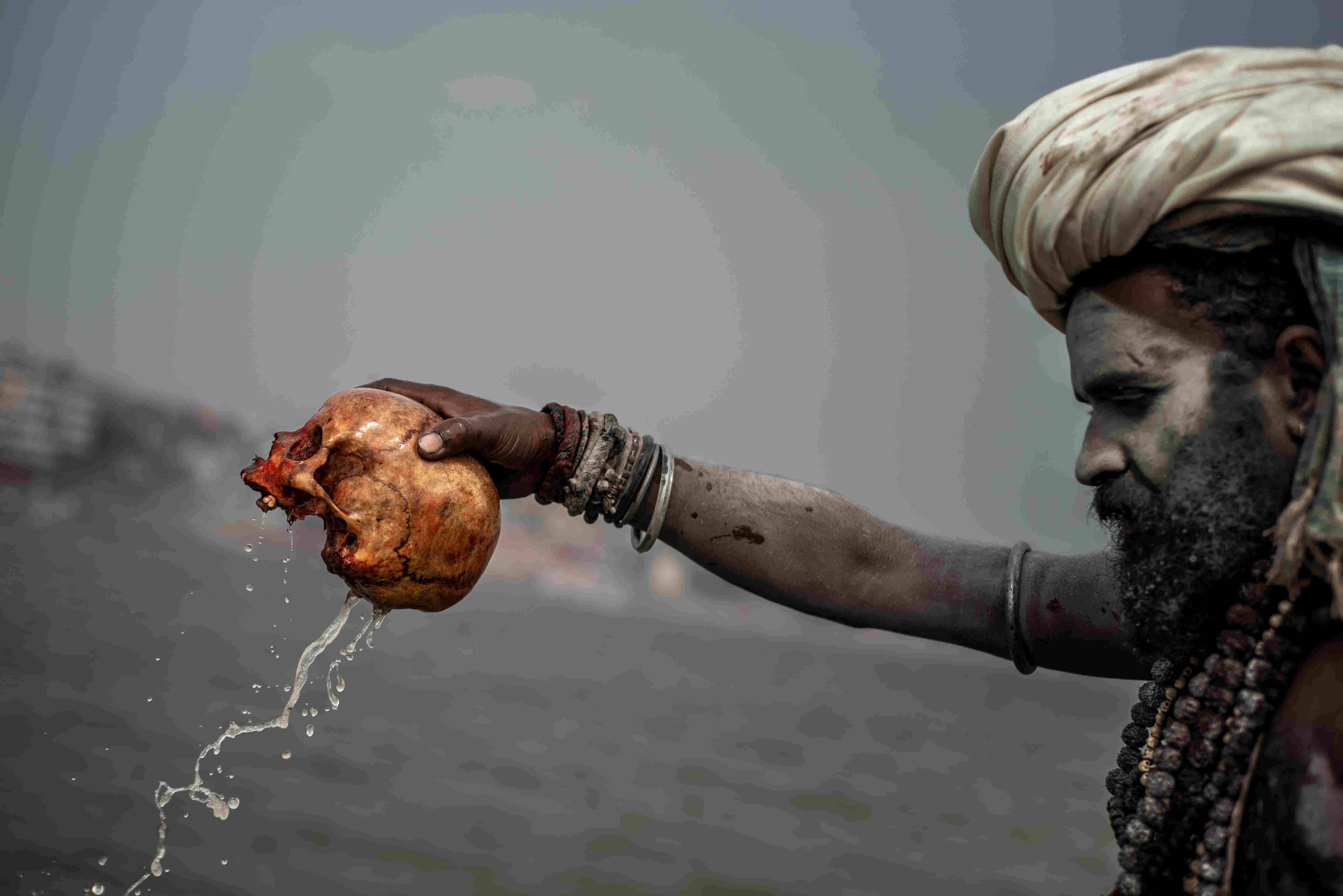 The Aghori believe that by immersing themselves practices society deems taboo or disturbing, they're on course to achieving enlightenment.

Over the years, these practices have included meditating on top of bodies, performing sexual acts in cemeteries and smearing human ash all over their bodies.

The monks use a combination of marijuana, alcohol and meditation to help them reach a “disconnected state of heightened awareness” to bring themselves closer to Lord Shiva. 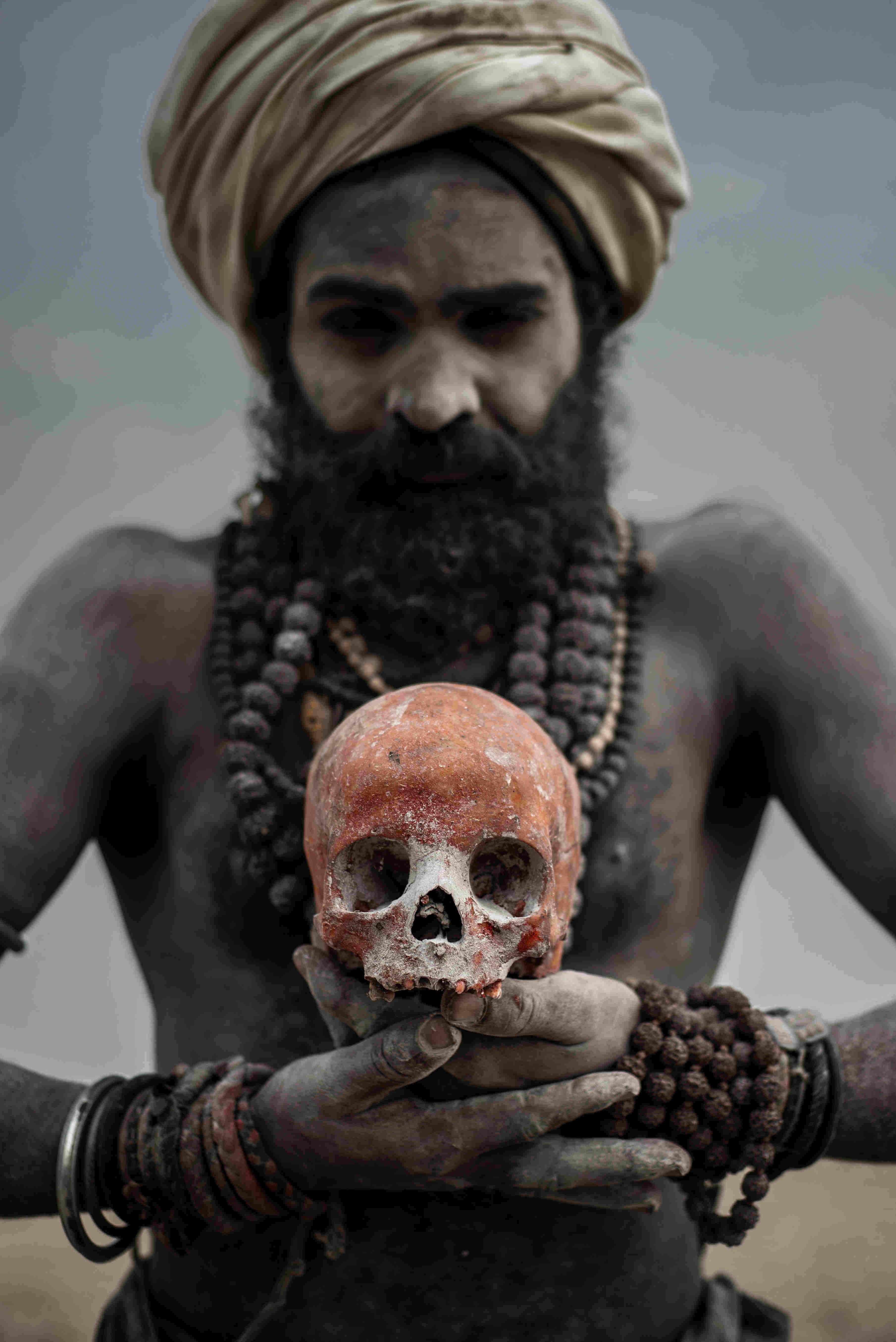 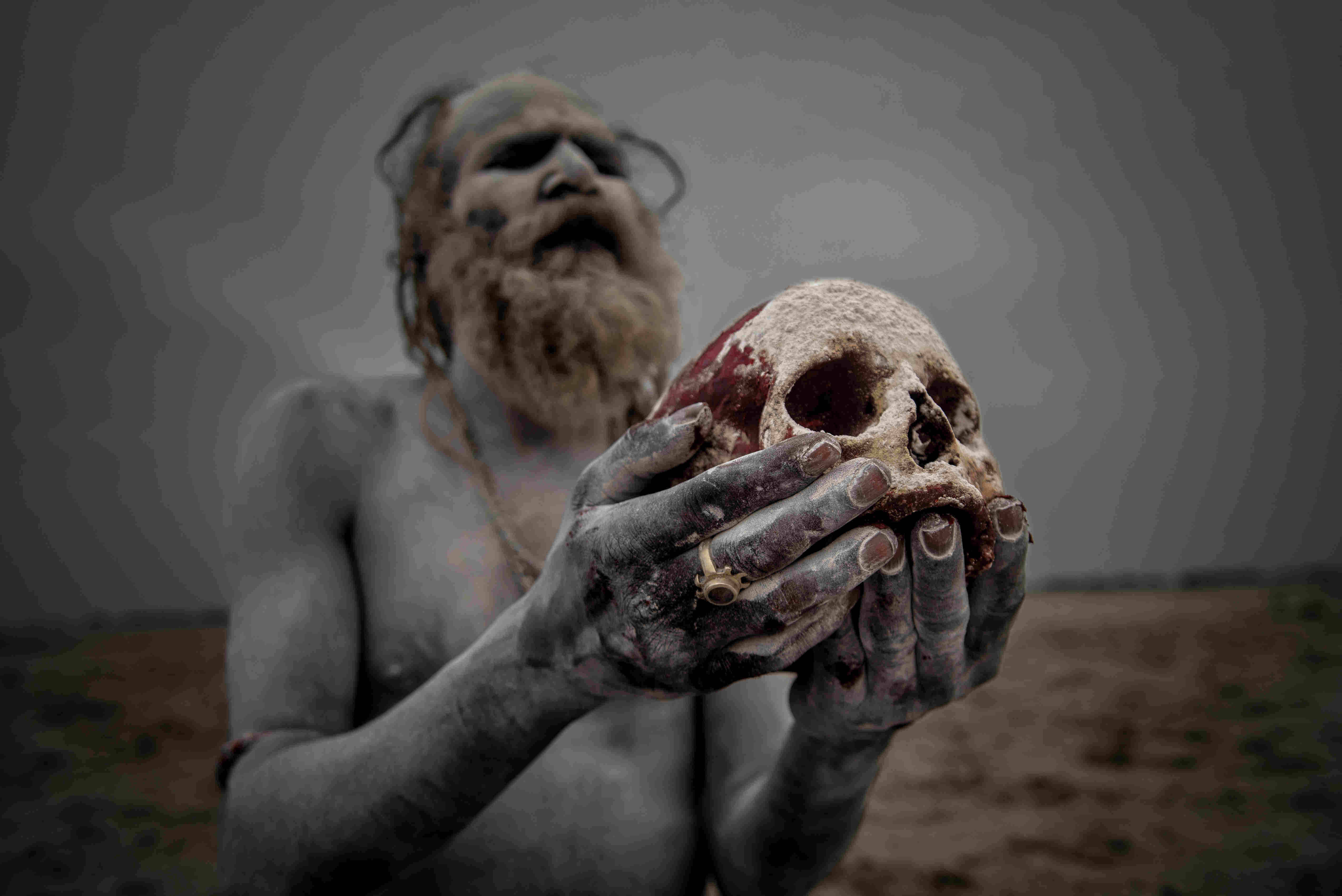 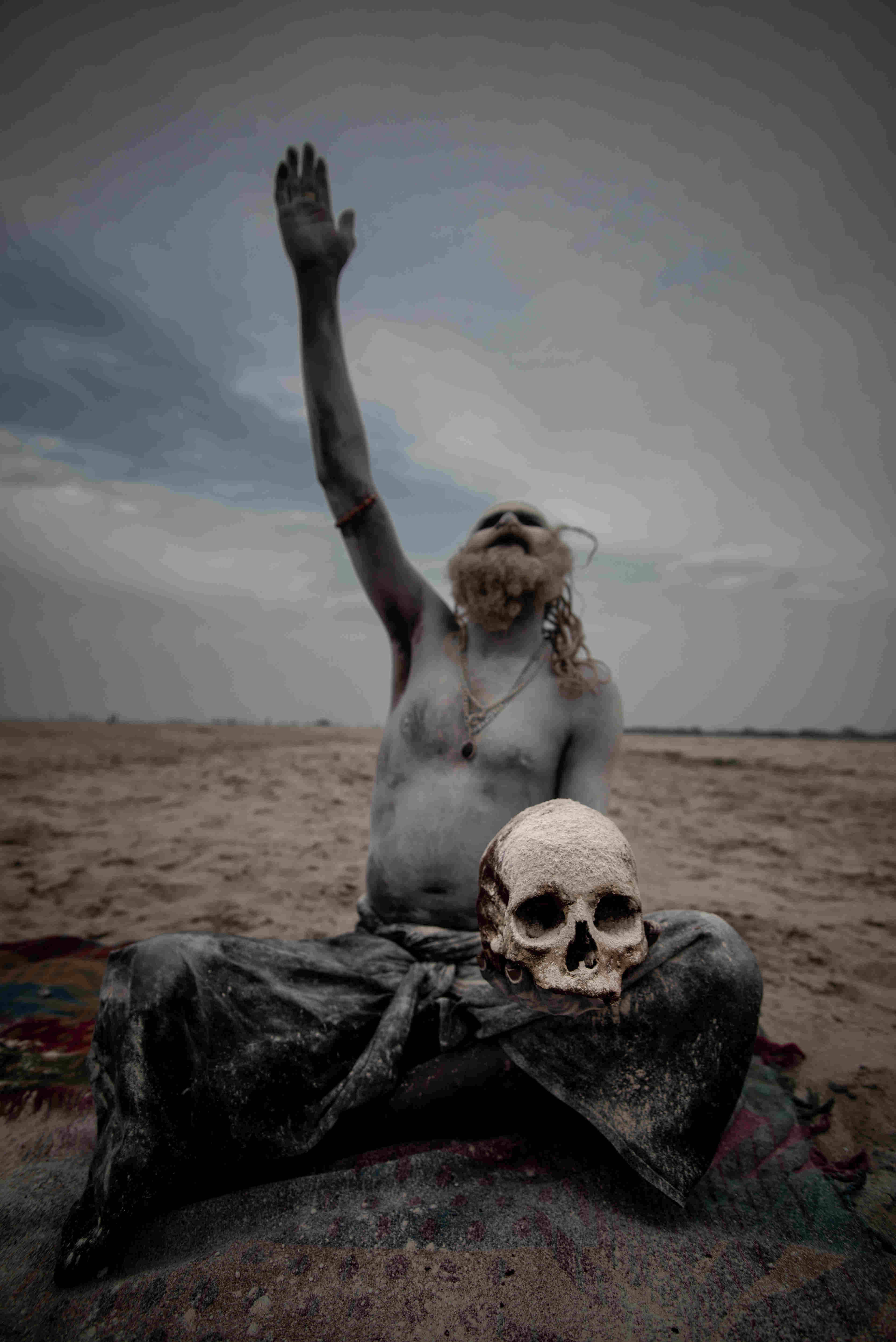 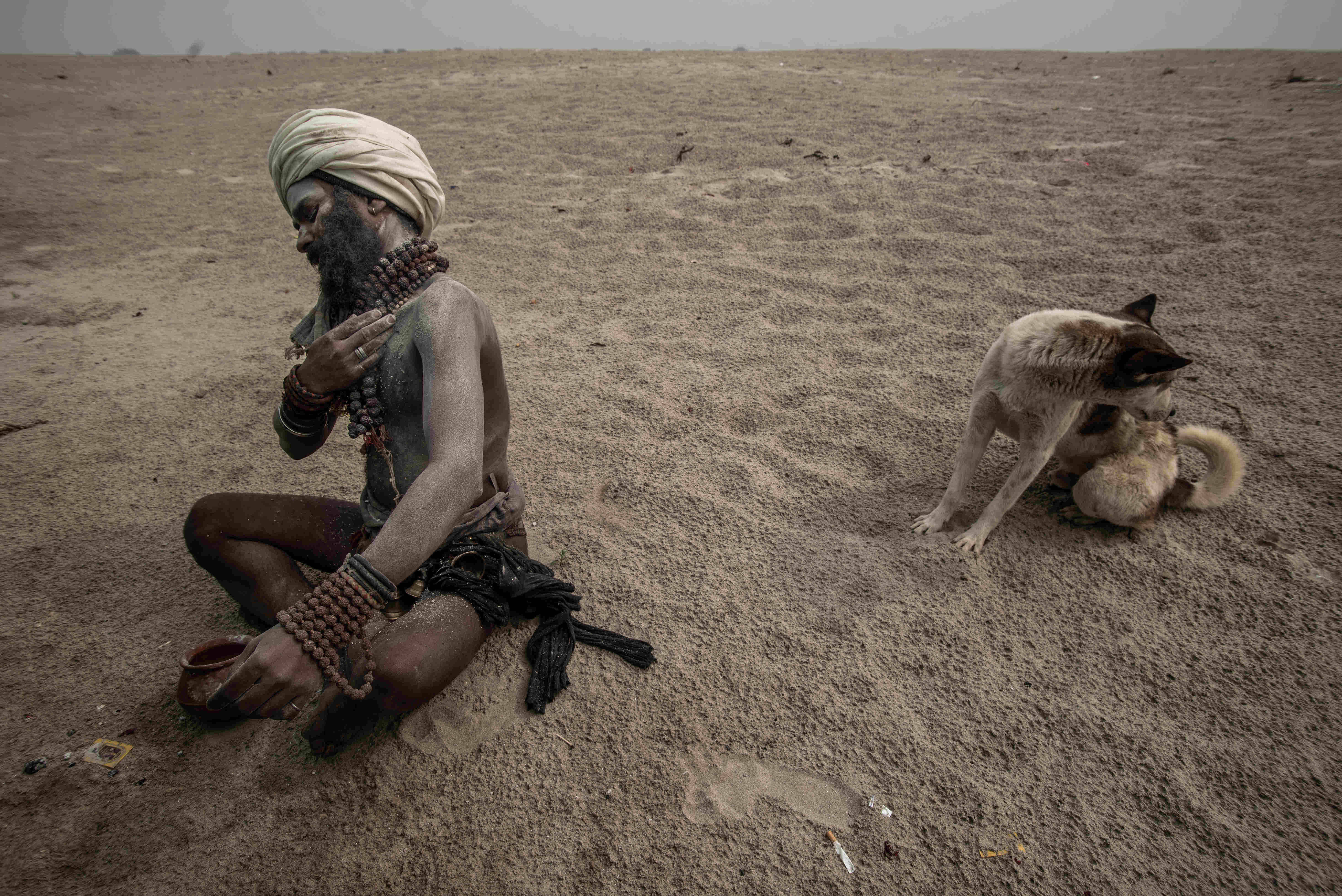 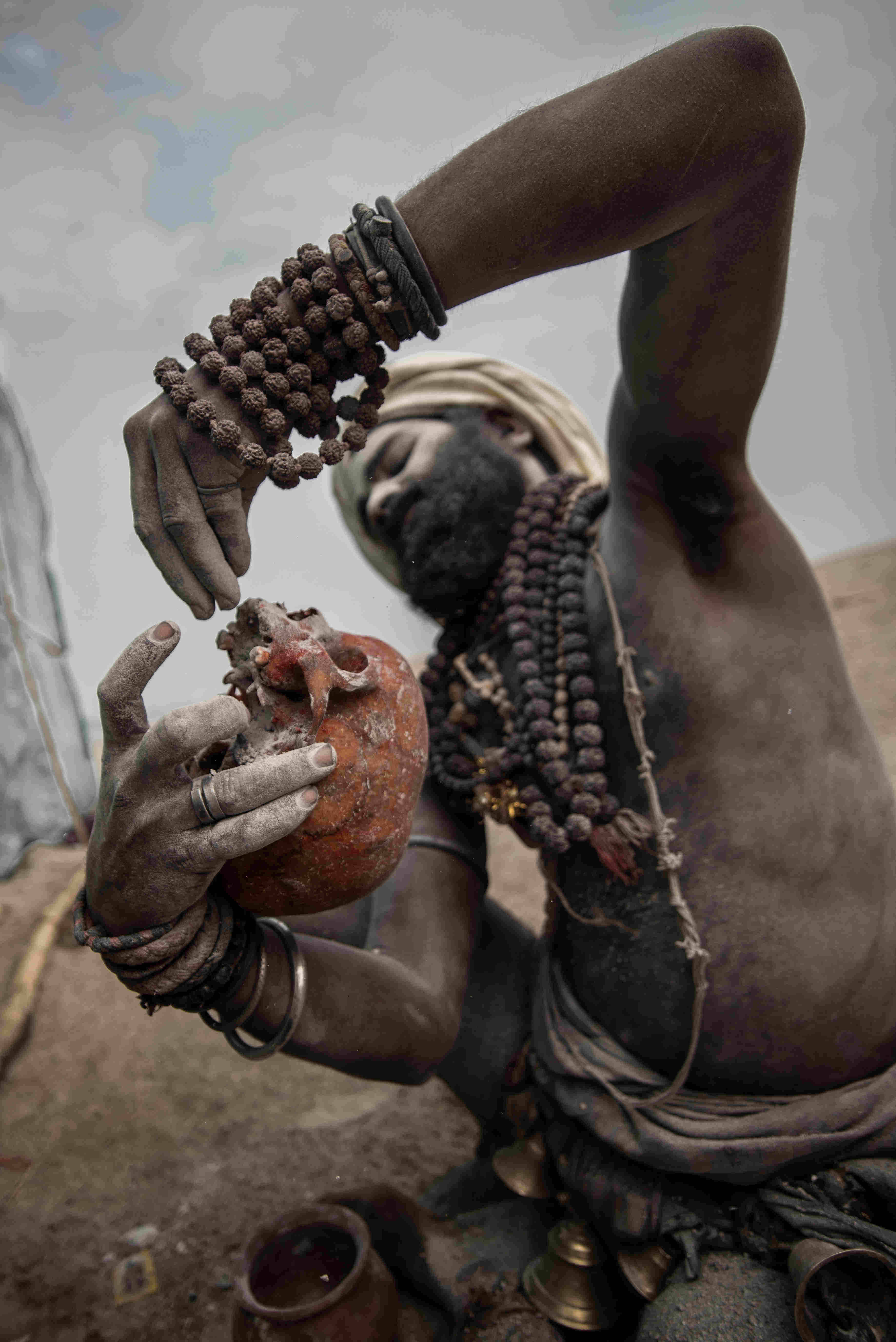 Some cult members practice sexual acts in the midst of dead bodies, it is claimed, to give them supernatural powers.

These powers are believed to enable them to practice black magic—which they are inhibited from using on others.

The Aghori shun material belongings and often walk around unclothed.

This encourages detachment from what they see as “earthly delusions” and better signifies the human body in its purest form.

The Aghori trace their roots to 17th-century puritan Baba Kinaram, who is said to have lived to the age of 170. 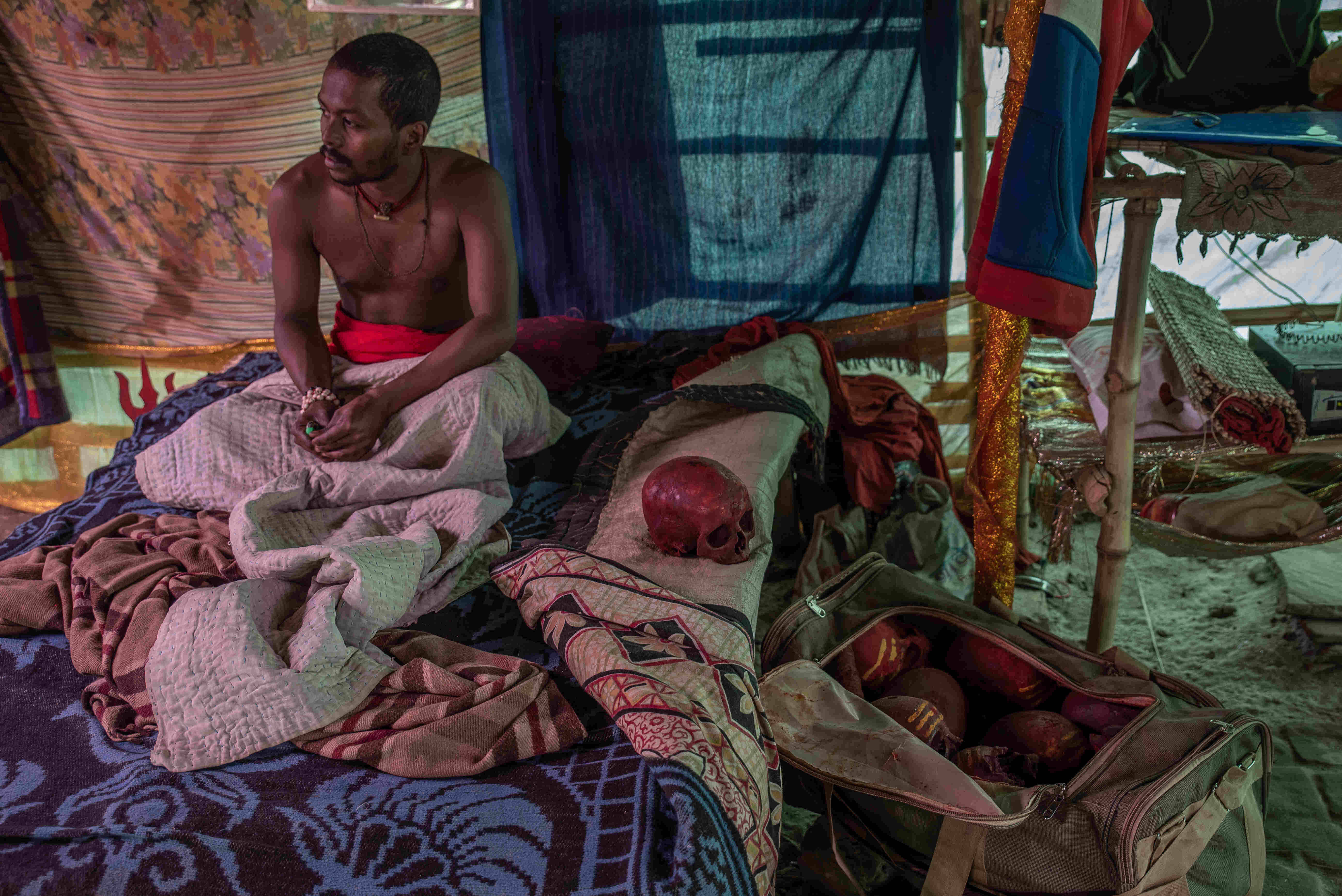 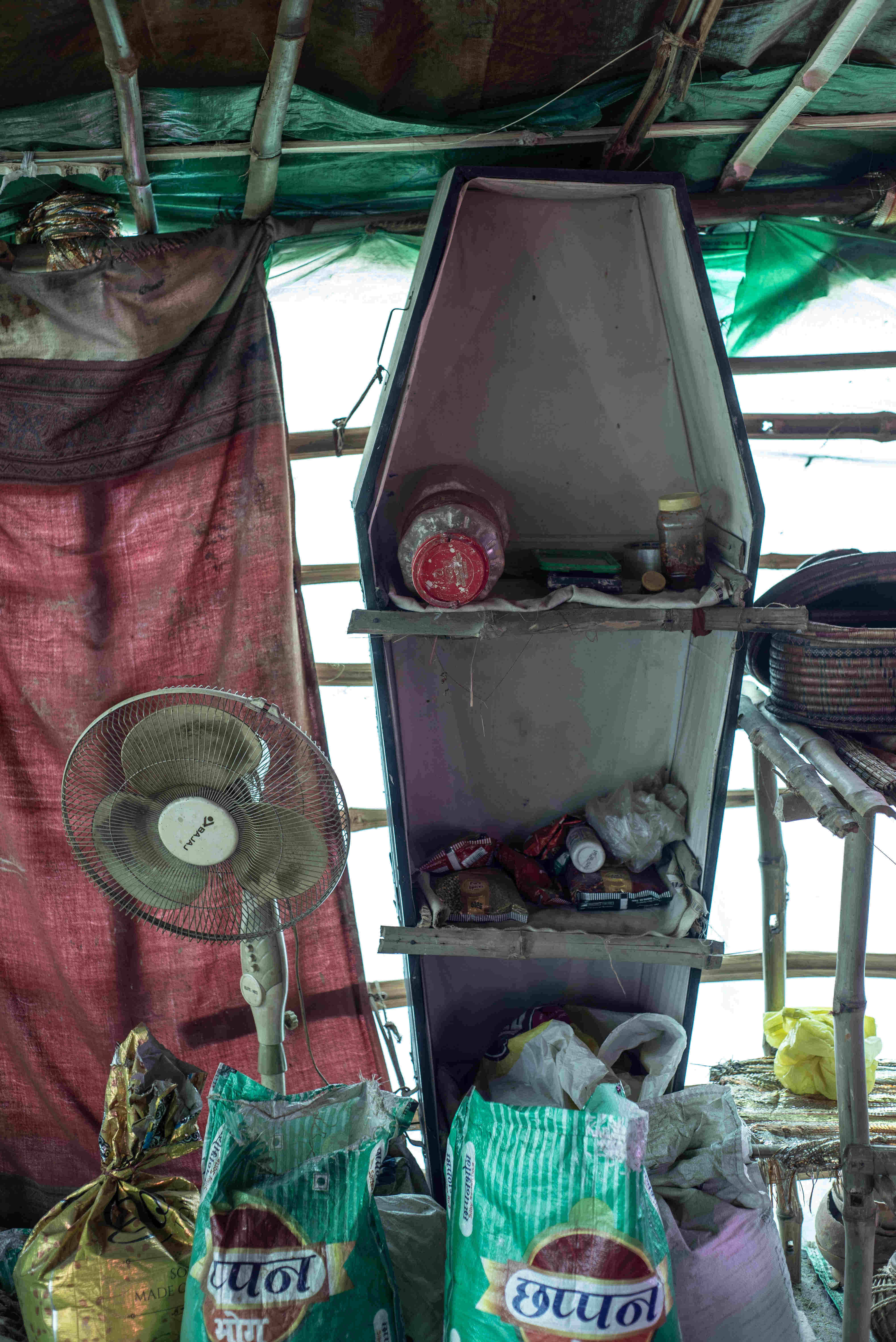 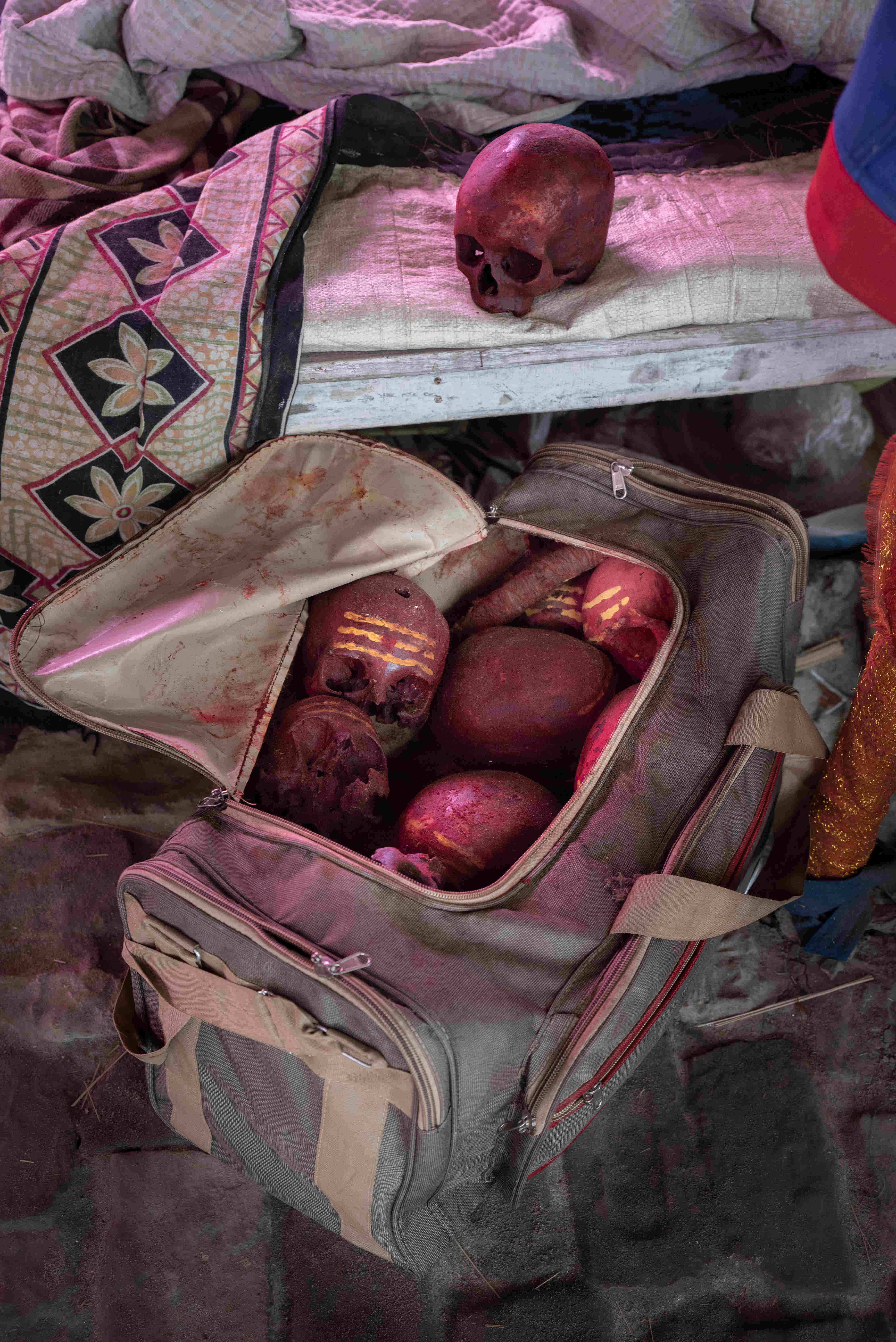 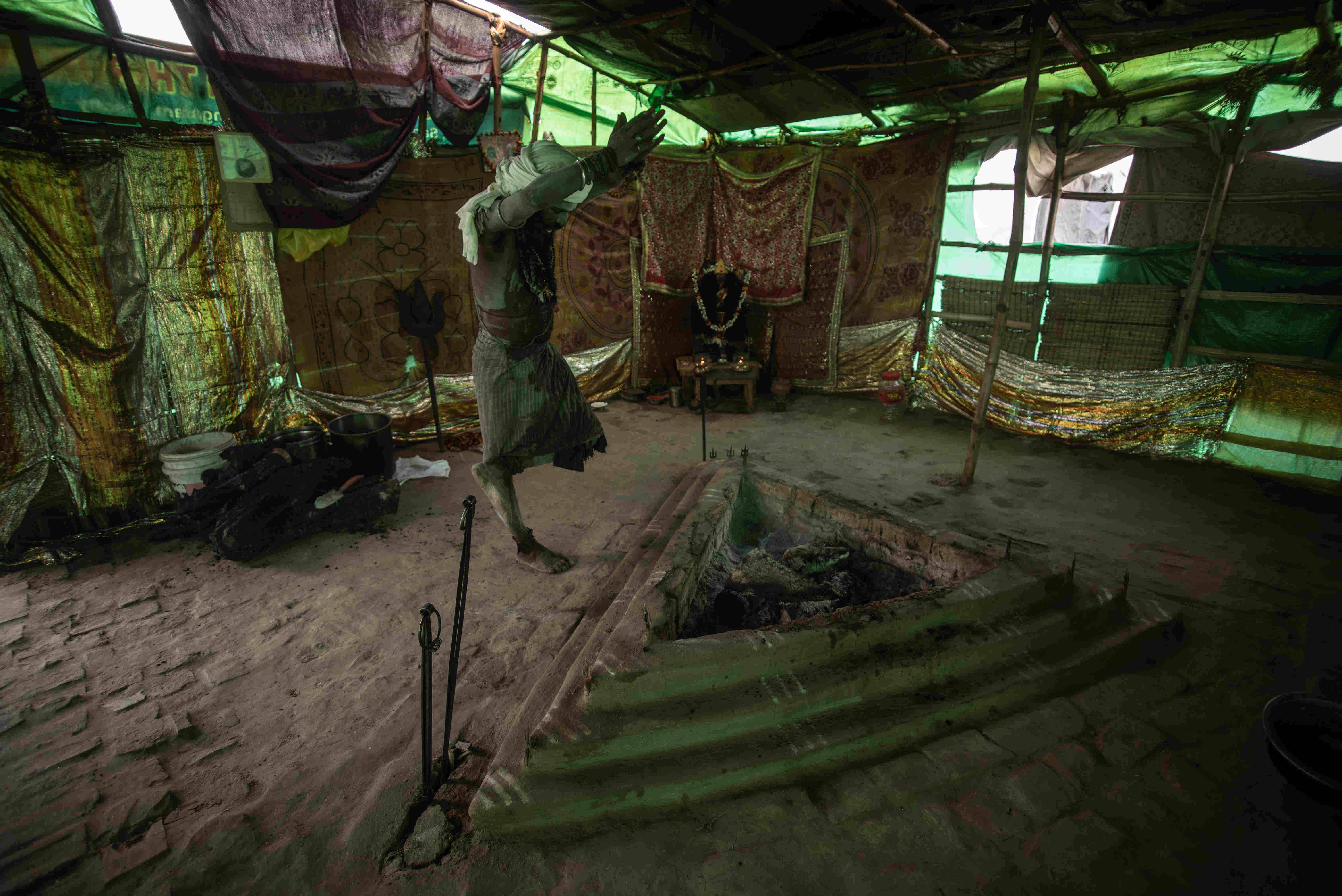