The USS Abraham Lincoln aircraft carrier strike group, comprising of four vessels including destroyers and cruisers, arrived in the Arabian sea on Friday, two weeks ahead of schedule. The exercise was conducted in coordination with the Marine Corps in a bid to highlight Washington’s “lethality and agility to respond to threat” as well as to deter conflict and preserve the country’s strategic interests, the Navy said. The exercises were conducted Friday and Saturday and included air-to-air training and steaming in formation and manoeuvring. The move comes after the US warned of an ”imminent” threat arising from Iran, as tensions between the East and the West continue to rise.

Yesterday, Major General Hossein Salam issued a dire warning to the US, insisting the Persian Gulf was ready for “full-scale confrontation with the enemy”.

In response, US President Donald Trump deployed warships and planes to the Gulf and withdrew its diplomatic staff from Iraq.

“Our enemies have reached the end of the line and, despite their apparent awesomeness, they have osteoporosis from within.” 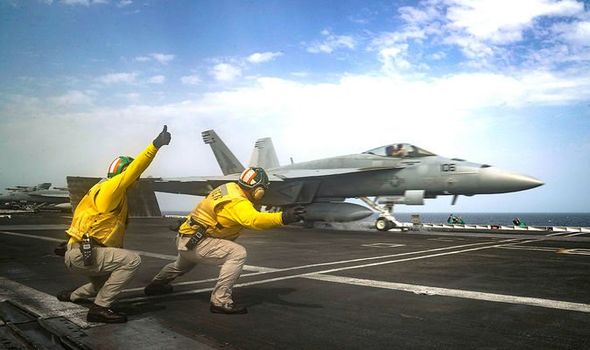 He added: “America cannot afford the costs of a new war, and the country is in a bad situation in terms of manpower and social conditions.”

The relationship between Iran and the US has deteriorated significantly after Washington pulled out of the 2015 Iran nuclear deal in May 2018.

The US has since imposed new sanctions on Iran aimed at its oil exports. 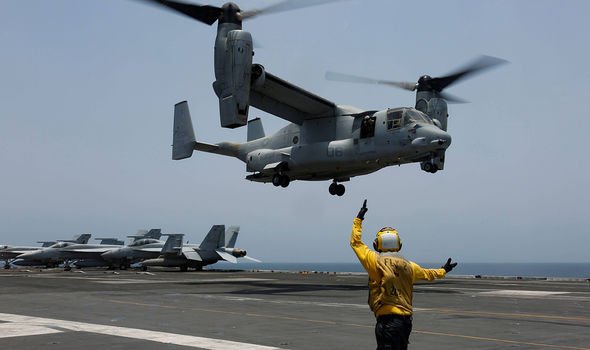 In response, Tehran suspended some its commitments under the nuclear deal and has threatened to resume production of enriched uranium.

On Thursday, Mr Trump told the acting defence secretary, Patrick Shanahan, that he does not want war with Tehran, administration officials said.

However, the US President lashed out at the story calling it “fake news”, but said he hopes this “confuses” Tehran.

On Friday, he wrote on Twitter: “The Fake News Media is hurting our Country with its fraudulent and highly inaccurate coverage of Iran. 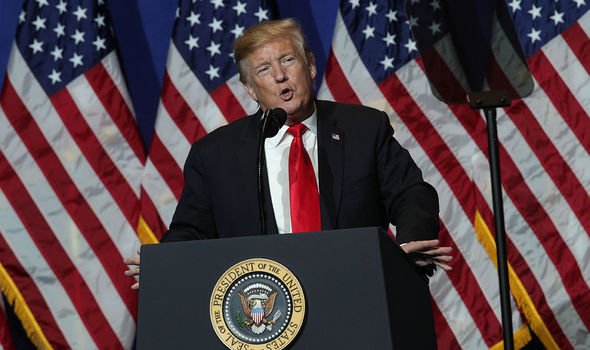 “It is scattershot, poorly sourced (made up), and DANGEROUS.

“At least Iran doesn’t know what to think, which at this point may very well be a good thing!

“With all of the Fake and Made Up News out there, Iran can have no idea what is actually going on!”