Al-Baghdadi appeared in public only once in a 2014 speech and had not been seen since.

The US has offered a massive $25million (£19million) reward for information leading to his death or capture.

There were credible reports the terrorist, one of the most wanted men in the world, was seriously injured in an airstrike in 2015, with the Russians also claiming to have killed him in 2017.

In February last year, US officials told CNN: “US intelligence agencies have assessed with a high degree of confidence that the world’s most wanted man was near Raqqa, Syria in May when the missile struck

But they said his condition was not “life-threatening”.

In his latest video appearance, al-Baghdadi remains seated, which might be an attempt to hide a disability, some observers have claimed.

He also speaks slowly, unlike in his aggressive 2014 speech. 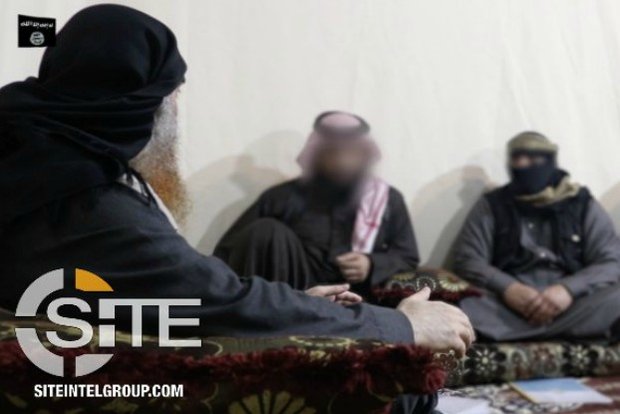 The new footage has appeared just weeks after the terror group lost their last stronghold in the town of Baghouz in the eastern Syrian desert – where Baghdadi is thought to have been until last year, before escaping.

It is unclear when or where the latest video was filmed, but the text at the start dates it to earlier in April.

An audio version also appearing yesterday has a section added referencing the Sri Lanka attacks, in an apparent attempt to make it seem up to date.

The new terror boss used the 2014 speech to publicly declare the establishment of an Islamic religious state, or caliphate, from the pulpit of Mosul’s Grand Mosque.

Afterward that, he moved to the group’s former capital city Raqqa, in Syria, where an escaped Yazidi hostage said he had repeatedly raped Kayla Mueller, an American hostage who died in a US airstrike in 2015. 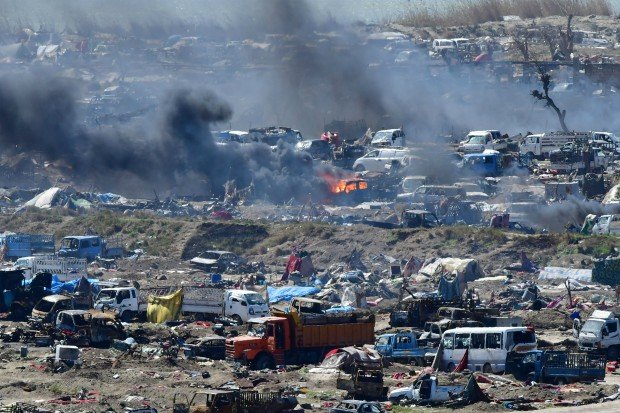 When massive airstrikes began to target Raqqa began he went into hiding, possibly along the Syria-Iraq border.

Russia said he was dead in 2017 airstrike, but the claim was rejected by the US and later cast into further doubt by the release of a subsequent audio clip in Agust 2018.

Unlike his 2014 rant, when he was dressed as a religious leader, he is now wearing military attire and appearing to present a new image of himself as an insurgent gorilla fighter rather than a statesman.

At ISIS’ peak, he ruled over a territory roughly the size of Britain with a population of eight million.

Now, according to his speech, the group is focused on small terror cells in other nations.

The video was published by the network’s al-Furqan media group on messaging service Telegram and initially picked up by the SITE intelligence group.

“There is serious danger not only to the fact that Baghdadi, Isis’s so-called caliph, is still alive — but also that he is able to re-emerge to his supporters and reaffirm the group’s us-versus-the-world message after all the progress made against the group,” Rita Katz of SITE said on Twitter.

Baghdadi is believed to have been born in Samarra, north of Iraqi capital Baghdad, in 1971 and was reportedly a cleric in a mosque when the city was invaded by allied forces in 2003.

It has been suggested he was radicalised in Camp Bucca, a US prison in southern Iraq, during the conflict.

He was previously the leader of extremist Islamist group known as al-Qaeda in Iraq which eventually morphed into ISIS in 2010 before breaking away from al-Qaeda altogether.