A WOMAN has shared pictures showing how much she has changed over 10 years after becoming an extreme tattoo model – and you won't believe the transformation.

Briana Todd, known as fallenmoon13 on Instagram, has spent the last decade covering her body in detailed body art. 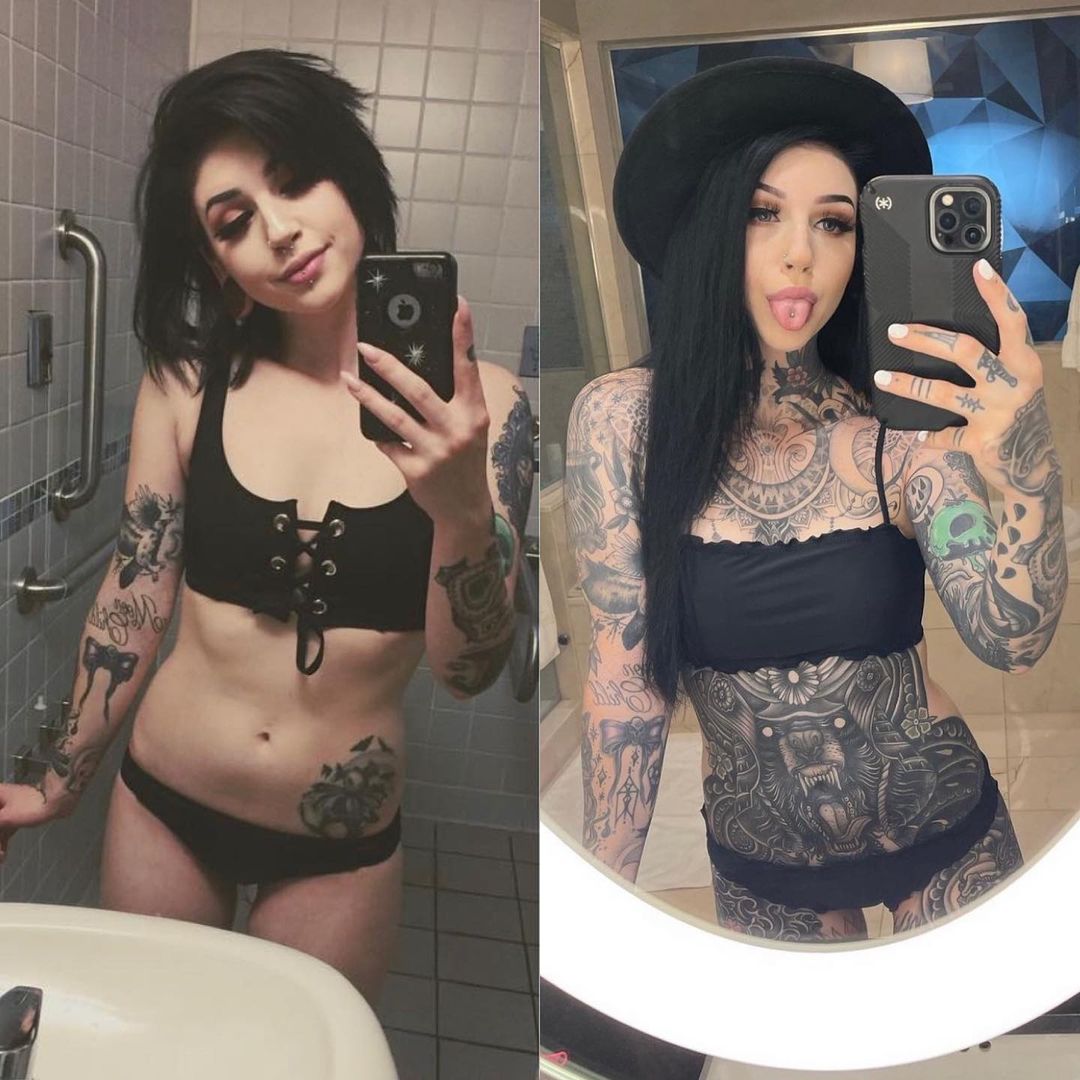 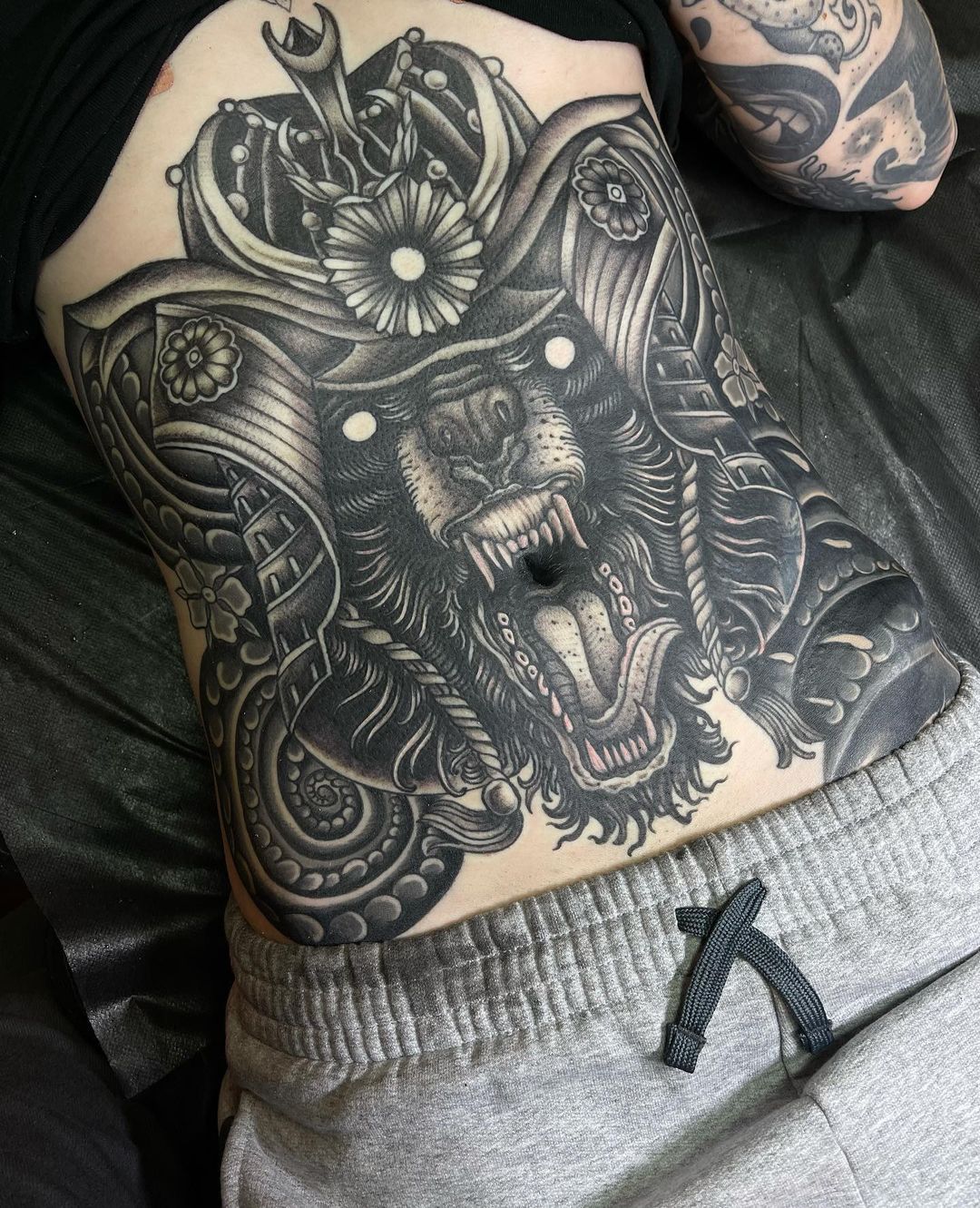 In a recent post, Briana shares pictures of her in 2012 and now showing a dramatic make-over.

In one image, she can be seen with an oversized black hoodie and purple beanie as she takes a selfie in the mirror and is visibly tattoo- and piercing-free.

Another picture shows the 26-year-old artist from Connecticut, US, with tatts all over her torso and hands.

Briana, who has more than 530,000 Instagram followers, has inked her body in calligraphy.

She has what appears to be a dragoon tattooed on her hand and striking coloured patterns on her neck.

She also has swirls, flowers, and a bold centrepiece of a bear on her stomach.

More than 17,000 people have liked the post – with many gushing over her new look.

A third said: "The glow up is real" while a forth added: "Can't believe I've been following you for so damn long. You've grown so much."

Briana isn't the only tattoo model to get an extreme make over.

Aussie model Amber Luke earns a whopping £162,000 a year showing off her tatts, which cover her head to toe.

Amber, 26, sells racy pictures of her ink-covered body on OnlyFans and she is now in the top 0.03 per cent of creators on the adult subscription site.

Sarah Sabbath, 26, went bling after getting her eyeballs inked.

She told the Daily Star: "When I got my eyes done, the guy didn’t put enough saline solution into it.

"There was too much ink and not enough water solution so I went blind from my eye tattoos.

"I got very, very depressed from it."

The botched op hasn't put her off and recently she went back for modifications and tattoos to her face.

She told the publication: "I love art. I’m very expressive and ballsy. I’m attracted to different so facial tattoos interested me a lot.

"I don’t worry, I tattoo for a living. My looks actually attract people. Some say it’s cool and some say they don’t get it."